GNX - That is badass enough to be it's own title. 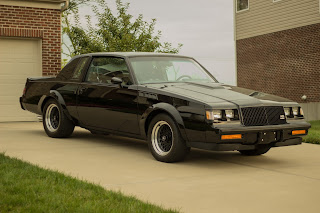 Back in the late 80's I was really getting into my car obsession. The late 80's/early 90's to me were a great turning point in the automotive world. Cars like the Porsche 959 and the Ferrari F40 were changing the way supercars were designed. Although I loved and still love those two cars, I was beginning my obsession to regular cars that could surprise a Testarossa or 911. I recall reading about the Lotus Omega on the other side of the pond. A car that started some controversy as it did 180ish Mph. A car that was a regular sedan turned beast. The M5 was also born. Companies were taking their regular cars and turning them into sleeper cars that would surprise some high end sports cars. Enter the GNX. 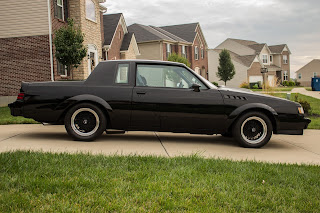 Now, most people know what a Grand National or Buick Regal is. In 1982, the Grand National was launched and it ran till 1987. In 1987, the GNX was launched, and not many of those same people know the significance of it. I knew a bit but I still did a little more research on it. The owner of this one could recite all of this info at the drop of a dime though. Super knowledgeable. The X stood for Experimental. Buick sent a little over 500 Grand Nationals to ASC McLaren to have totally reworked. Reworked being not just engine work, but suspension, transmission, and few body clues as well. One thing I did not know was that these cars were numbered as well. I always found that feature on rare cars to be sweet. Any limited edition badge showing what number your car was just screams win to me. One other thing I did not know was that these were all 87s. I thought they made them for a few years. I learn something new every day! With only a limited number of these cars made, and now with the limited number left, the GNX is becoming a collector vehicle. Don't believe me? One recently just sold for $165k. Yes, it only had 300 or so miles on it. This one in picture? Little over 3000 miles. No, that is not a typo. 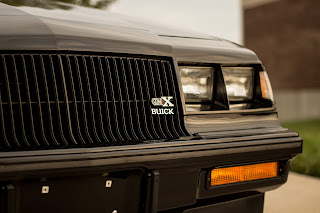 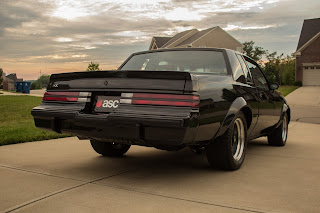 I sent a photo from my phone to a few friends to give them a precursor to this write up. They all said the same thing. Why only 3000 miles? They wondered why the car wasn't driven. The owner picked this up 8-9 months ago and I guess you really have to ask that question to the original owner. As a kid I never understood why people wouldn't drive their cars. As an adult, I realize why they don't put a lot of miles on it. Value. Can you imagine this car in 20 years with under 10k miles? Imagine a old 60s Ferrari with only 10k miles on it. Low mile collectors cars at auctions pull serious bank. This car here was flat out beautiful. I was glad to see it with only 3k miles on it. Why? Because in 87, I was only 8 and I didn't have the chance to see this off the showroom floor. Now I get to see it how it was when the original owner picked it up. Jaw dropping. I'd almost be scared to drive it being so rare and low mileage. 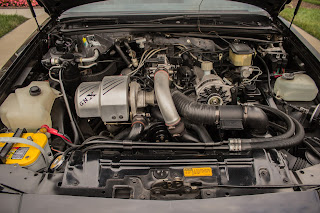 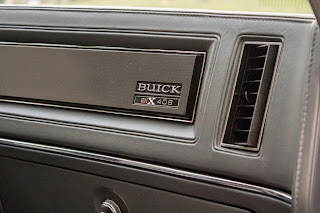 Now, I am a huge fan of Audi. They are said to have the best interiors in the luxury car field and I believe it. They are beautifully designed. This is the opposite of that. Of course this is an 87 and the interior back then had this design to it. Looking at it now we all chuckle a bit. But after looking more, I started to miss it. The 80's were awful in some aspects and great in others. The interior of this GNX actually got my love though. Simple, had that look of the generation, and had the pull back ash trays connected to the back of the two seats. Remember those? Damn, I used to love playing with those back in the day. It brought me back to when I was a kid and hot damn did I love those days. (FYI, this interior was cleaner than mine and my car is 20 years newer) Another plus, it has a boost gauge! 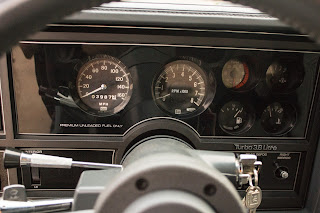 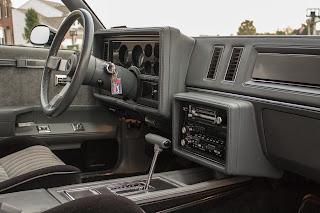 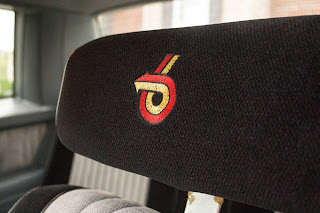 The thing about the GNX is that it's great to see what GM could do back in the day. This car still gets looks and attention. So much so, a random neighbor I don't know even stopped by, got out of their car, and had questions about it. It pulls you in and keeps your attention. The fact that it ran the quarter mile as fast as my C55 AMG also shows that the GM/McLaren relationship with this car equaled some jaw dropping results. I can't imagine running those times in the 80's. This car had to shock a lot of those exotics we were talking about earlier. It also sounds freakin fantastic at idle. I can't imagine laying into it though. I bet that V6 turbo sound will be something I would obsess over in the future.


Another thing I didn't know. The rear diff cover has GNX inscribed in it. Talk about attention to detail! 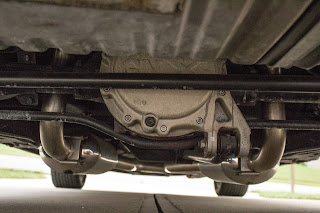 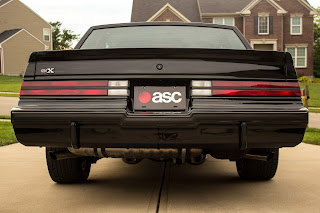 Thanks to the owner for bringing over Darth Vader's car. Talk about a beautiful example and it's nice to see a low mile rare car like this in the driveway. This collectible will be hard to top anytime soon. 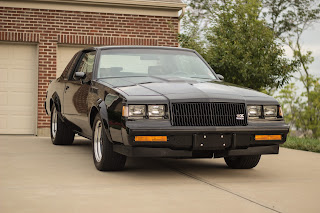 Posted by Cars In My Driveway at 1:54 PM