Many years ago, if you were an obsessed YouTube fan like me, you may have stumbled on videos of car meets on the west coast titled "Cars and Coffee." I watched many of these videos as you would see hundreds of exotic cars rarely ever seen in my part of town. People would film them leaving the event and every exhaust sound was music to my ears. Eventually, word spread and many cities followed suit with these events. That's the point of Cars and Coffee, or Coffee and Cars in some areas, it's all the same as they are just meets for people to show off their cars with others and meet new people. I had heard through the grapevine five or so years ago that a place in Cincinnati was starting Cars and Coffee. I showed up in my car, a six speed manual, Highland Green Audi allroad. (yes it had the green interior as well!)  Even though the first 10-15 times I was there it was usually the same people, it started to slowly grow. People bringing friends, then those people bringing friends, thus began the madness that it is today. Fuel coffee shop was the place to be on Saturday mornings. Things have changed a bit since those early days, ownership and the cars, but it still is the place to be on Saturday mornings. 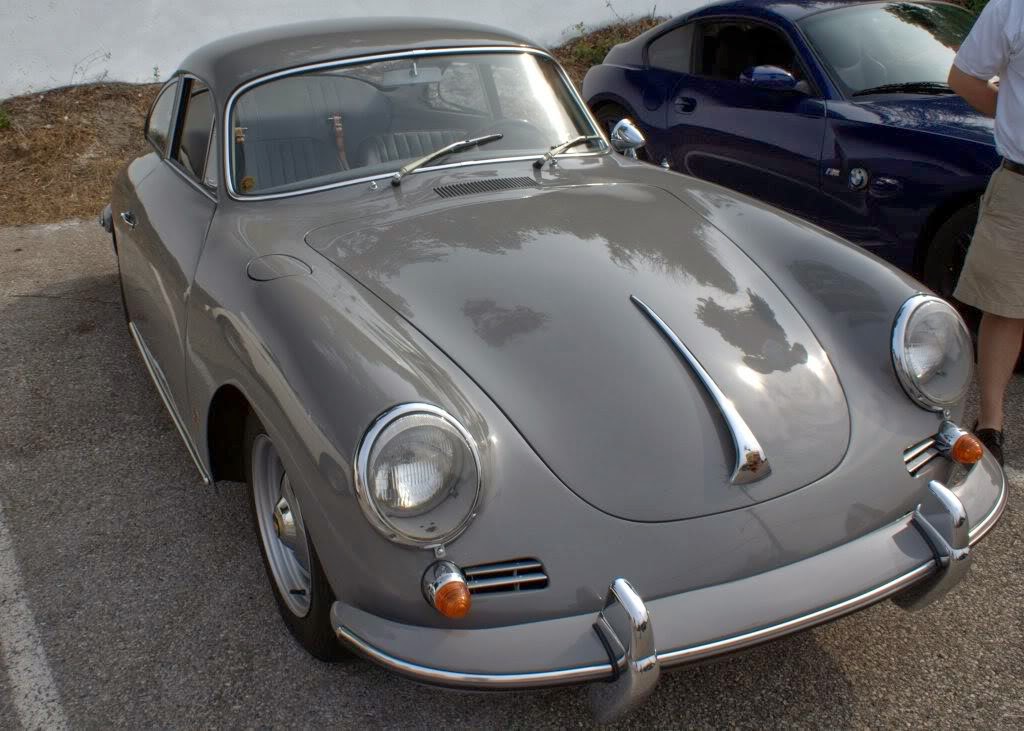 This is how I remember my first times coming to Fuel. The many Porsches you would see, with some of the 356's being in such good shape, they put my 2002 car to shame. I met many nice people and heard many stories about their cars. To a automotive enthusiast, this was a vacation from reality. Time didn't exist during the start of the weekend. I could sit there for hours upon hours listening to people. There is no hate, no drama, and no bashing at this event. I even recall seeing a very beat up Prelude parked next to a GT3 one day, and at first you kind of chuckle but realize that it's just another car enthusiast. (I eventually met the guy and he was very knowledgeable about many cars in the lot.) 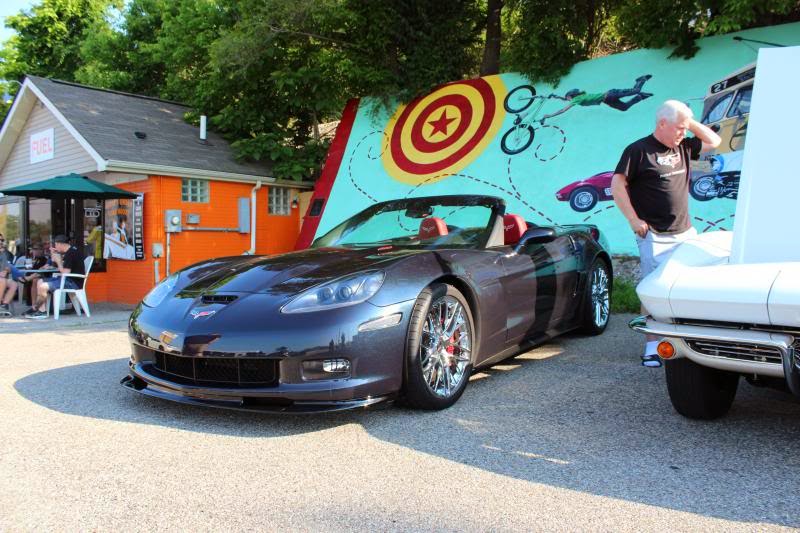 ﻿
Then there is this guy pictured here. I walked up to his Corvette as he was standing by it sorta looking around, and come to find out he didn't know about this event at all. He just saw a few nice rides and followed them to Fuel. One of the nicest guys I have ever met and just loved to talk shop about his and other rides on the lot. Fuel is the magnet for the automotive enthusiast and this guy got pulled in quick. You will never know what you will see when you show up. I have literally thousands of pictures from my years showing up and look forward to its growing group of followers. Even though there are multiple regulars, there is always something new.


So this has nothing to do with Cars in my Driveway, right?  WRONG!  First of all, Fuel events provide me with an unlimited supply of cars to show up. hahahaha  Secondly, I have met so many nice people there, I enjoy having them stop by for more conversation about their cars, past cars, and even dream cars. Fuel can be overwhelming at times trying to see and talk to as many people as you can, but having somebody stop by and chat about things is definitely more interesting. 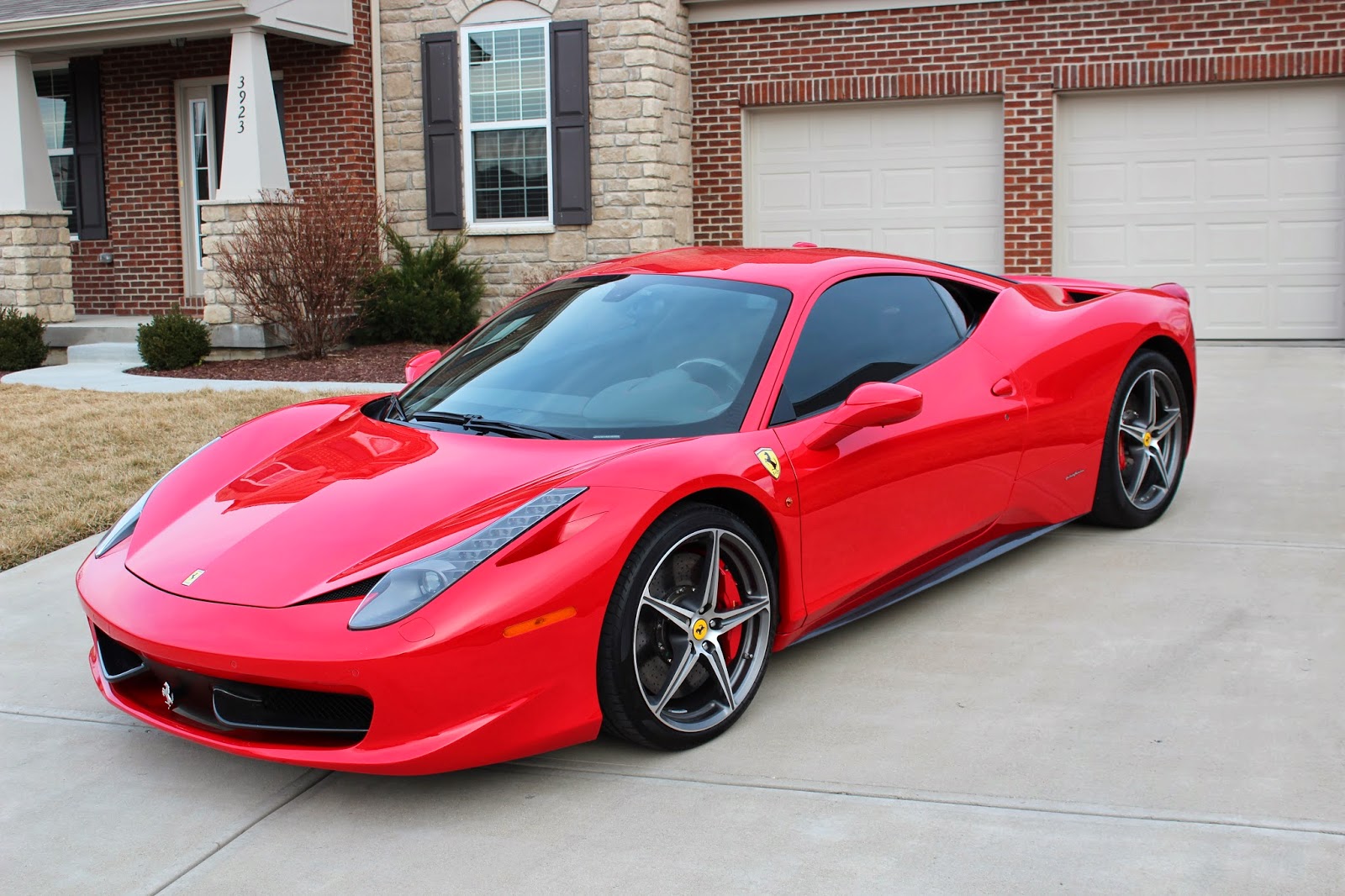 Let's use this car pictured above as an example. Now in my years being obsessed with cars, I have seen my share of Ferraris. I have actually been blessed by witnessing a F40 and an F50 being "enthusiastic" while driving by my house. I have never ridden in one though. I first spotted a 458 at Road Atlanta during Petit LeMans and was at first shocked by it. At the time, I was still drooling over the 430 and this seemed a little too extreme. I think we all have that when new cars come out. I remember when the 360 came out and I had the same reaction as I will still wanting a 355. I hope all these numbers make sense to everyone as some may not know the Ferrari lingo. I knew the 458's numbers were off the chart compared to the older models. More power, better handling, and insane stopping power, so I respected it, just was shocked by it. I remember though by the end of the day, going back a few more times to look at it. I knew at that point I turned into a sucker for it. In person this car has the most beautiful lines and curves. Yes, I am a man and just used the word beautiful. It is stunningly beautiful. Here is how I can describe seeing it pull into my driveway.... side story time. Growing up, my family didn't have much. My parents worked hard and took great care of us, but we didn't have the funds to buy things we wanted all the time. I specifically remember getting my first pair of Nike Airs. (Seriously, this was a huge event for me!) Everyone had them at the time and I wanted a pair so bad. The feeling I had when I got my first pair was the same feeling when the 458 pulled up. It's really as good as all the reviews say it is. When the owner offered to take me for a ride, I said yes. Inside I was saying OMFG!!! The funny part is, I was in such awe, I didn't even get any interior pics. I forgot. This car took bumps on these KY backroads better than my couch on wheels A6. Somebody told me you will never forget your first ride in a Ferrari. I won't. 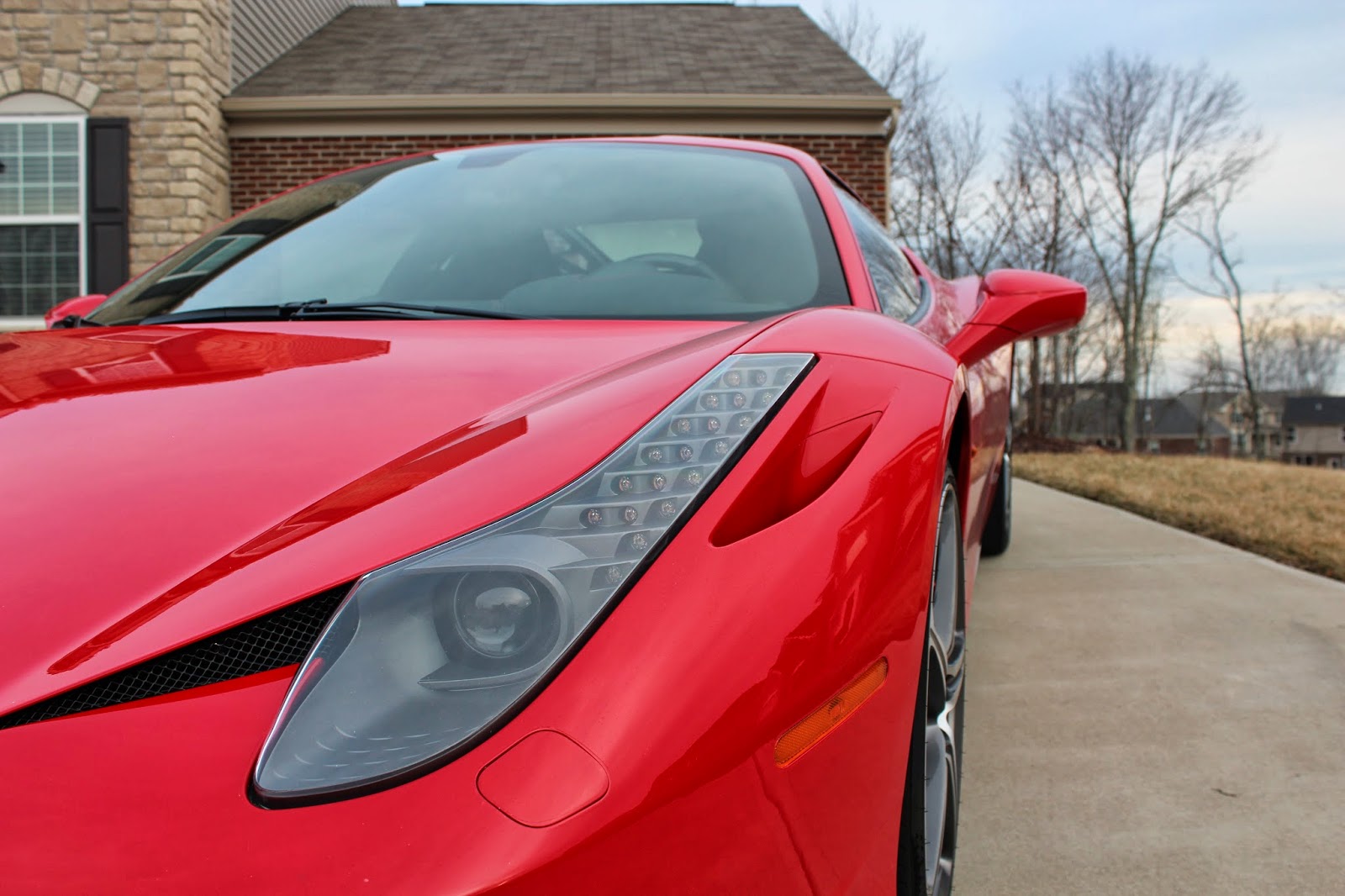 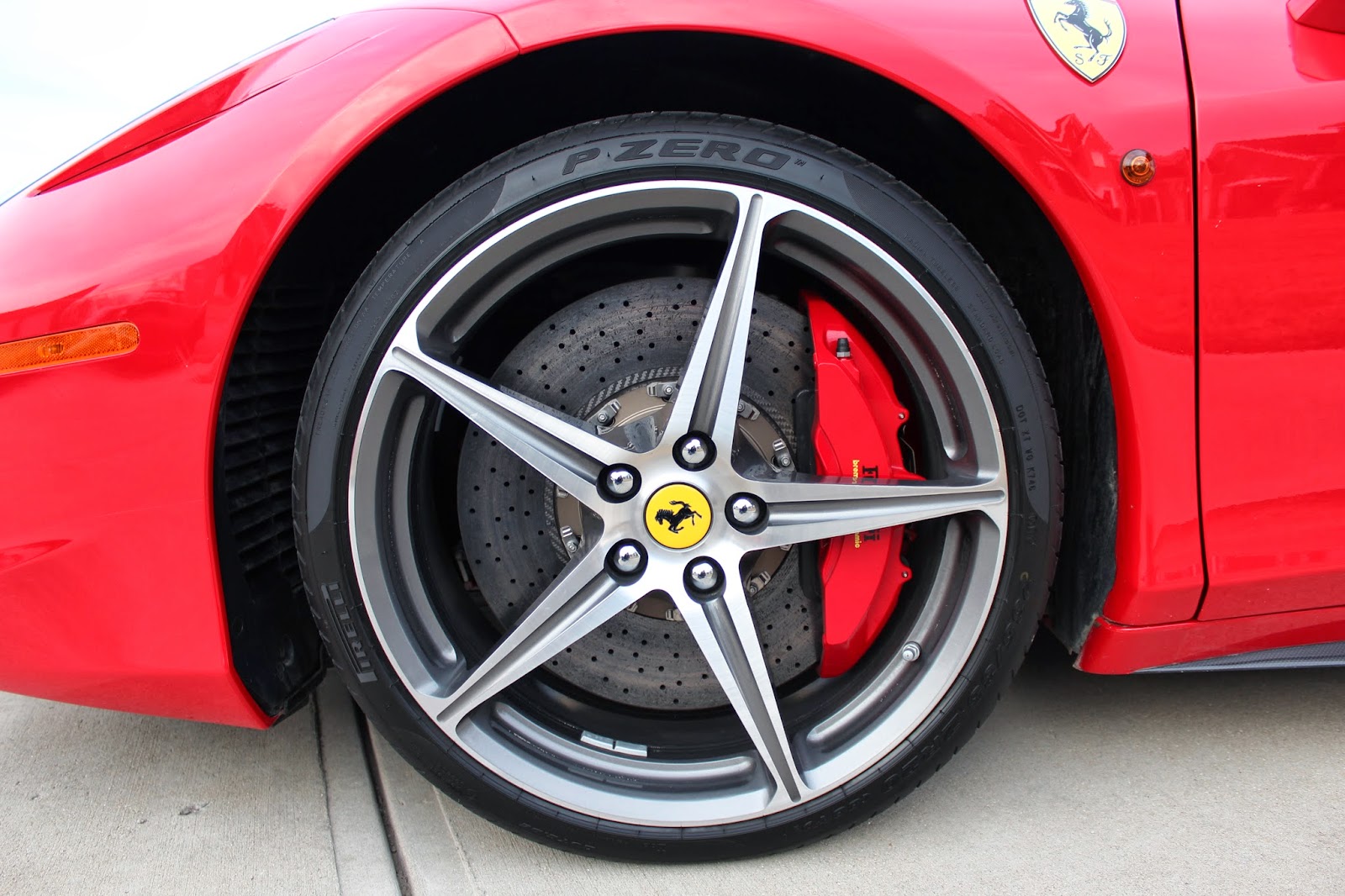 So what does this have to do with Fuel and Cars and Coffee?  Well, these are the types of cars and owners you will find down there at Fuel. People that have the same interest in objects that go fast. Sure we will not agree on everything, but who cares. Everyone will have their own opinions but one thing is for sure, you will meet some of the nicest people and get to inspect closely some of the nicest rides in the tri-state area. This photo shoot even drew in a crowd. Car enthusiasts started popping out of nowhere. While hanging out trading stories and shooting pictures of this beautiful ride, this thing stops by. 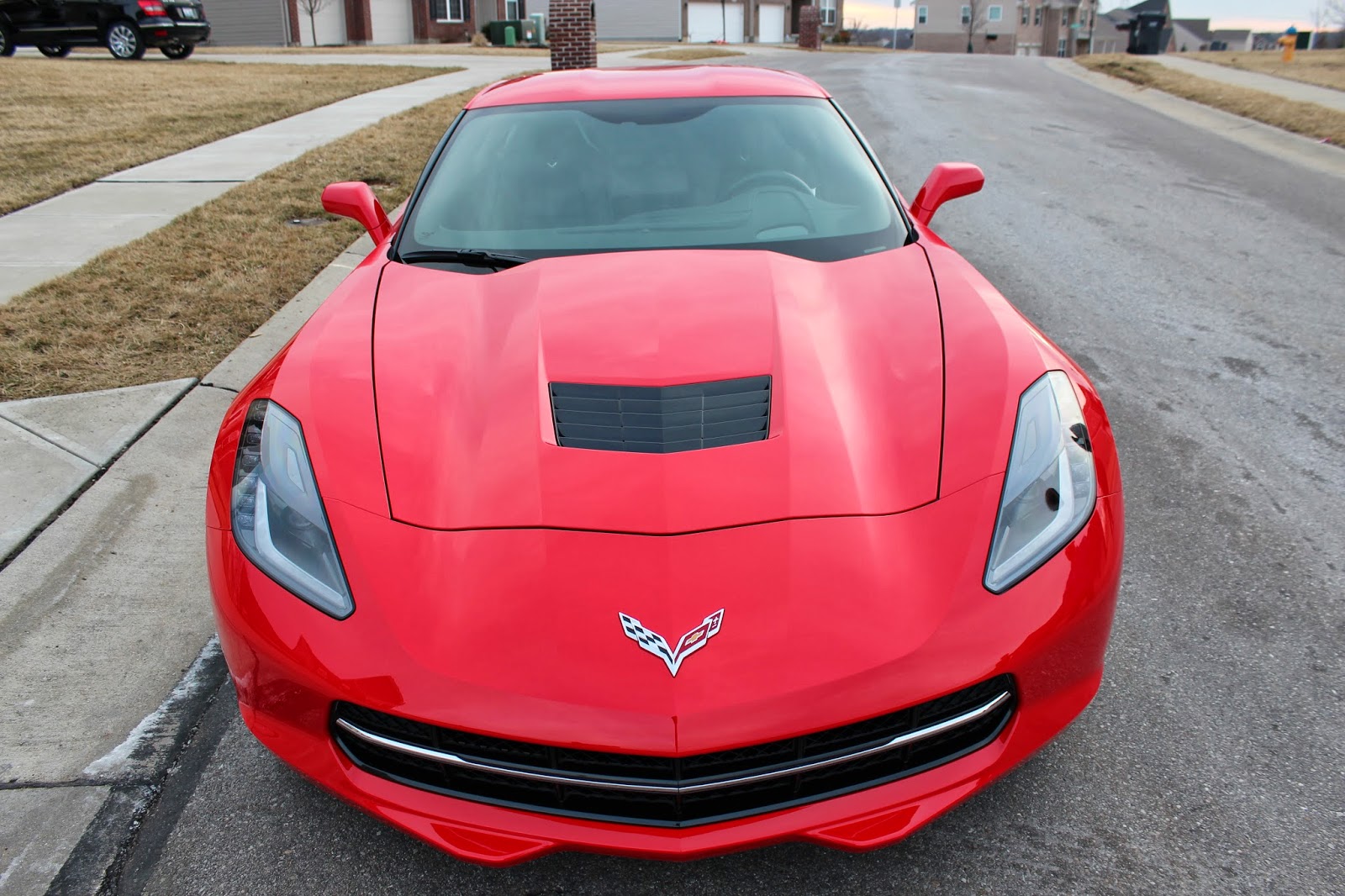 I invited another buddy out to take some pics for this write up and again, this just proves that the crowd that shows up at Fuel are willing to show up and talk about their rides with all car enthusiasts. I mean really, it's kinda odd from my perspective. Imagine just asking people to bring their cars over into my driveway to take pictures. Sounds sorta creepy, doesn't it? These nice people don't hesitate. They get their cars cleaned up and ready for my "wannabe pro" pictures. 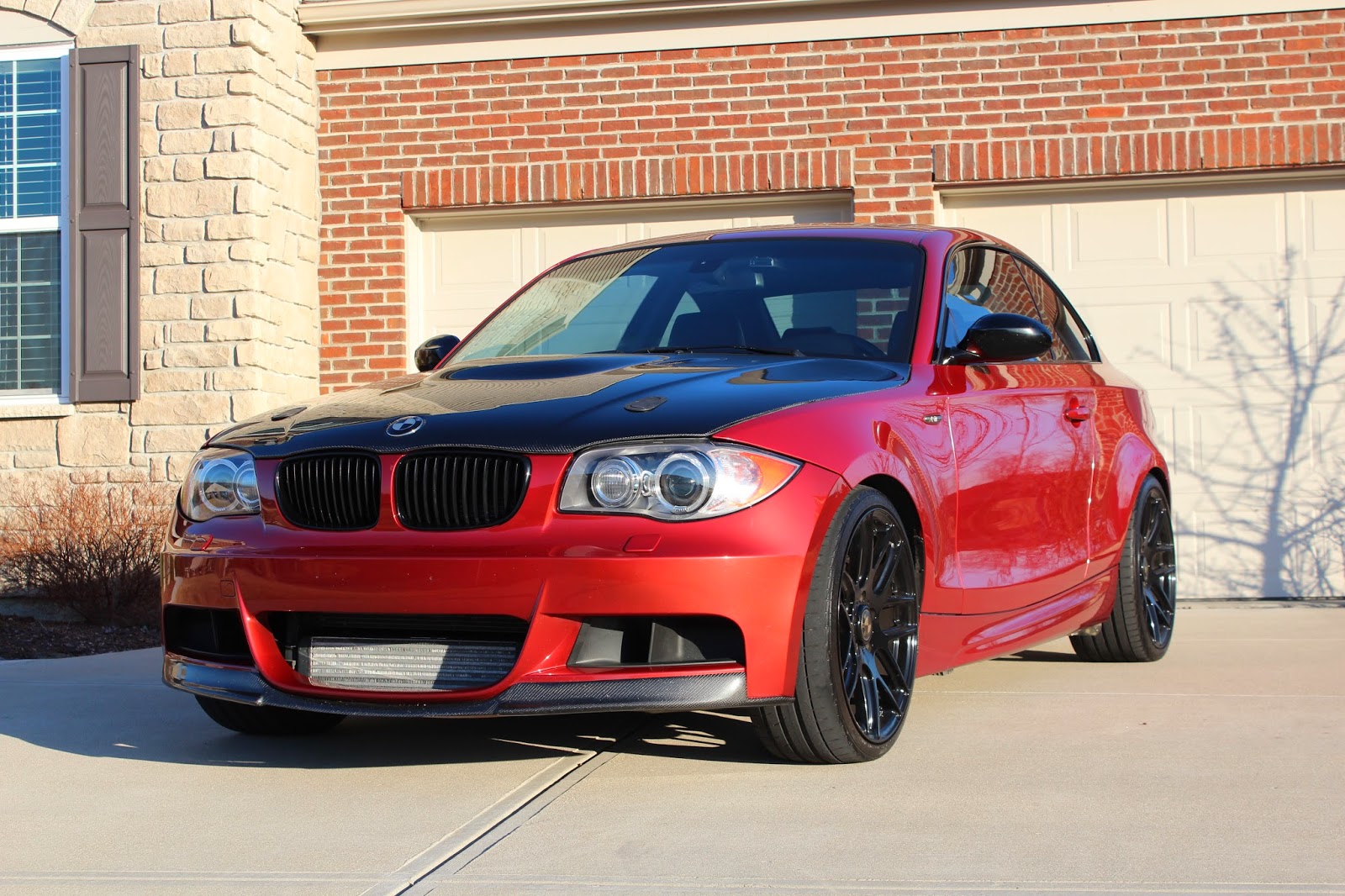 This car is a monster. When BMW brought the 1 series to the US, I really wanted one. Back me up here people but doesn't this car just beg to be thrown on a track and thrashed? This 135 is disgustingly fast and I have had the pleasure of being behind it when it was goosed, on private roads of course. People have said it sounds like a jet taking off and they are 100% correct. There is no other explanation for it. It is a 747 on crack. That is what I like best about it too. The fact that it can be tuned to be bat shit fast just shows that BMW knew their owners would do this. America loves to mess with cars. Why not sell a car that has loads of potential? That's exactly what they did. I appreciate companies when they come out with a car that you know within a few months, there will be products out there to make it more fun. This is an evil one! 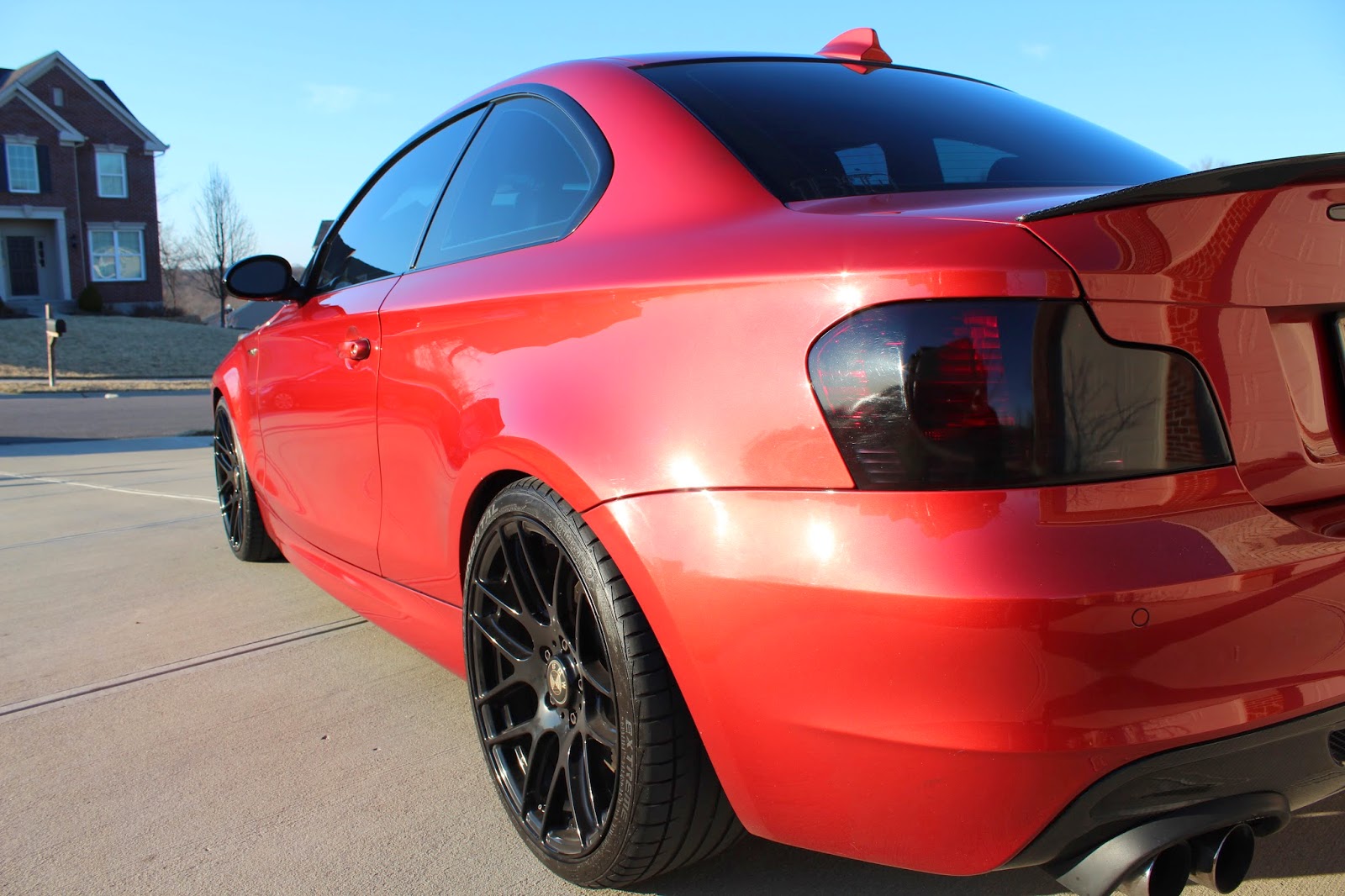 The color on this car is eye opening to say the least. My picture skills would never be able to catch it in its entirety. It's unique and that's the best part. I am all for unique colors. Hell, I had a Kermit the frog colored Audi. It is so evil looking in the sun that I hope that image stays burned in my head. My boy even did about 20 laps around it, even kept trying to touch the wheels. I found myself wanting to do the same. Seriously, you just want to get in this car and dominate some backroads. I can't say that enough. The owner and his buddy that stopped by would have stayed for hours talking cars if I didn't have to get the little one to bed. They even chatted with the boy. Why am I mentioning that? Because that's how we all should be. I get sick of the internet battles and the online car drama. In real life, people enjoy other people and ones that share the same interest will always have something to chat about.

I want to take this time to thank both parties for bringing their rides by, and the random one that popped in. Seriously, I am pretty sure my neighbors think I am a drug dealer or just hit the lotto. Haha. It is nice to hear stories and chat it up with people that grew up doing the same things I did, reading car magazines and making those dreams a reality and buying the cars they love. I am one lucky SOB for having friends that will gladly bring their cars by for some pictures. I mean, until I hit the lotto, I can't buy all of these cars so why not have them share them a bit, right? ;) You guys know who you are, so thank you very much for a wild and fun week. Thanks for putting up with my drool and Jr. Varsity picture taking skills.


For those of you not from the Cincinnati area, check out Fuel Coffee at 2726 Riverside Drive 45202. Especially on Saturday mornings if you are in the area.

Now I leave you with two of the sexiest pictures I got this week. 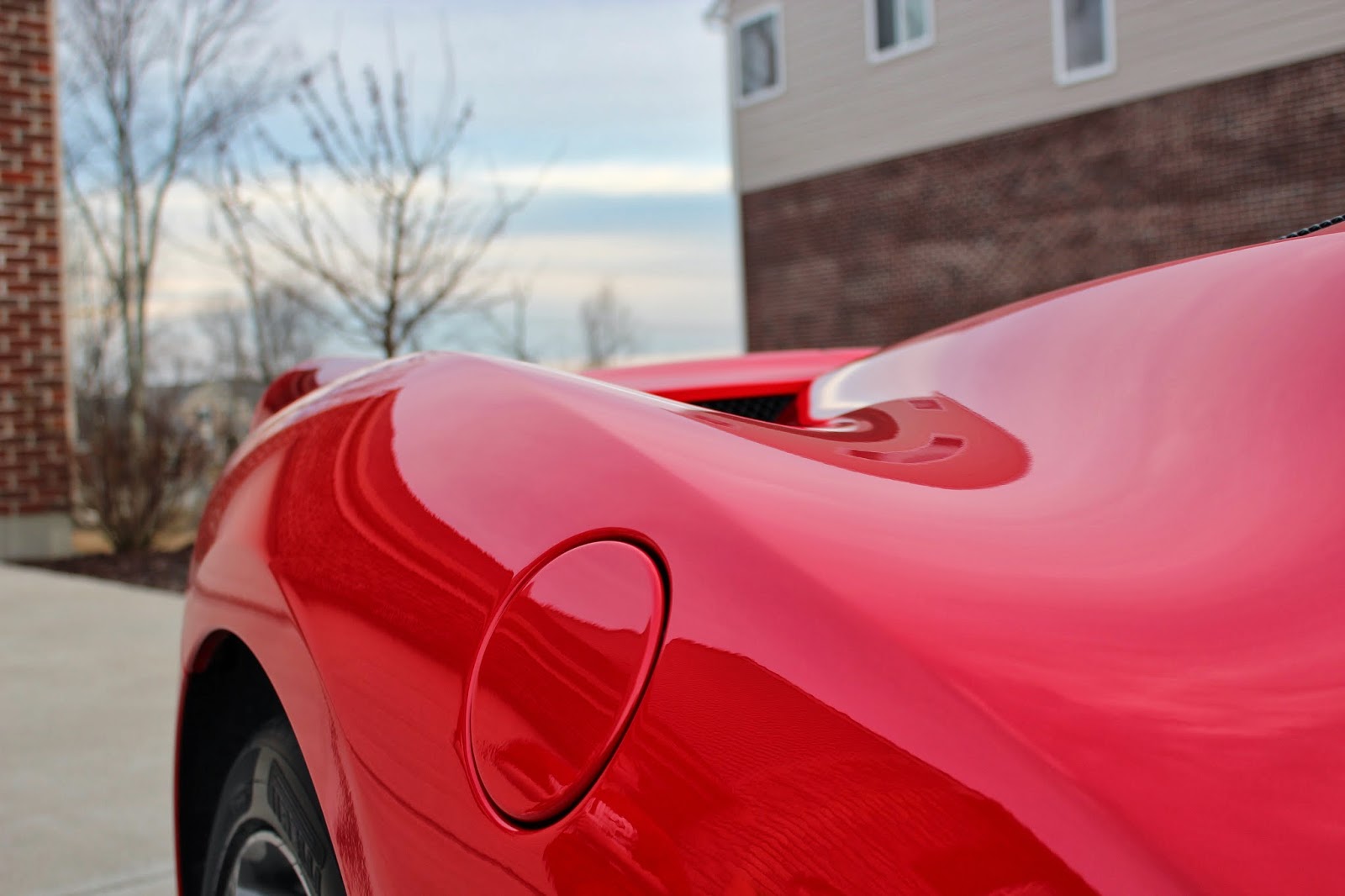 Sorry for all of my grammar/spelling errors. I had a busy weekend. lol


Some more pics for your enjoyment. 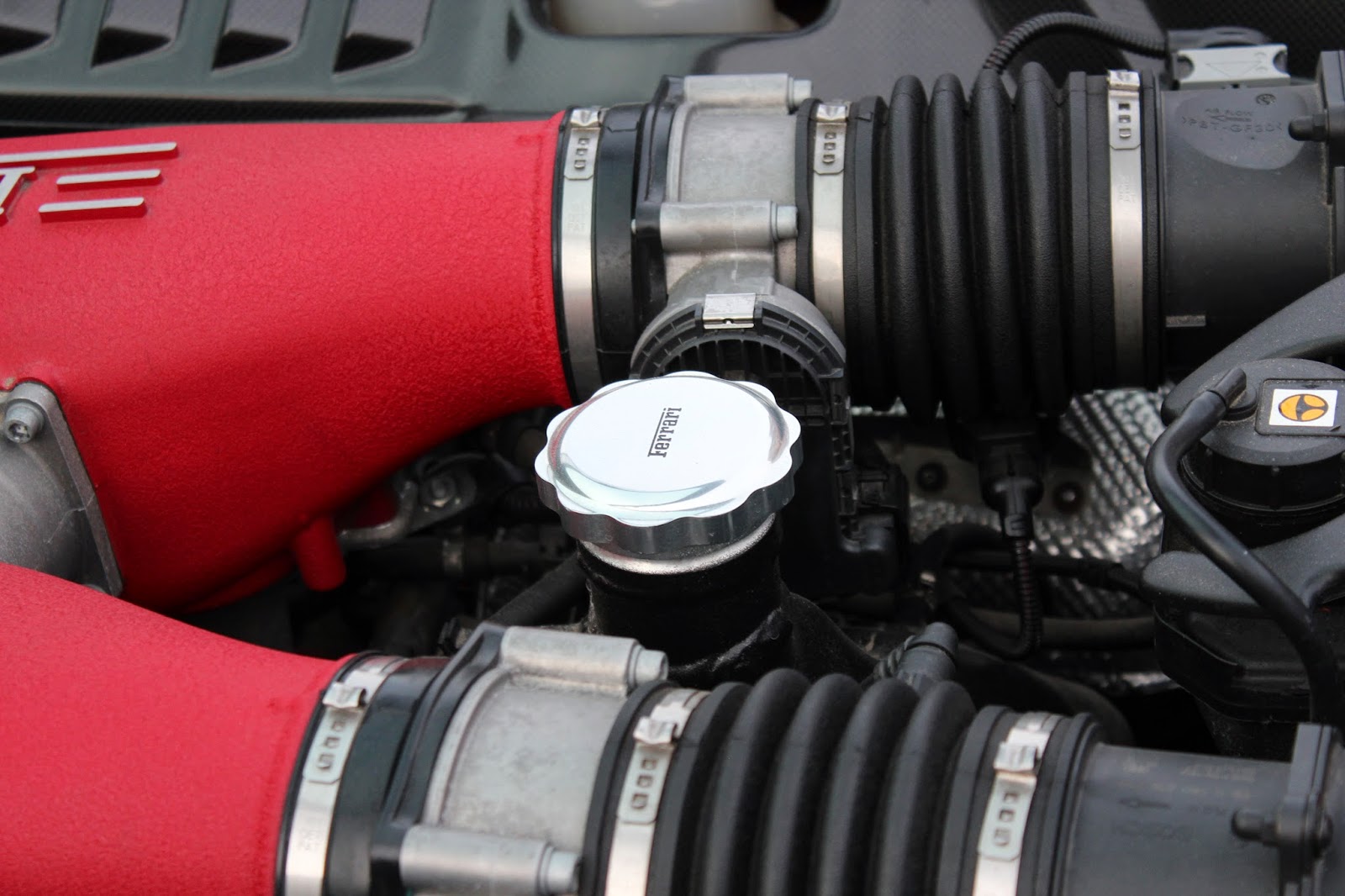 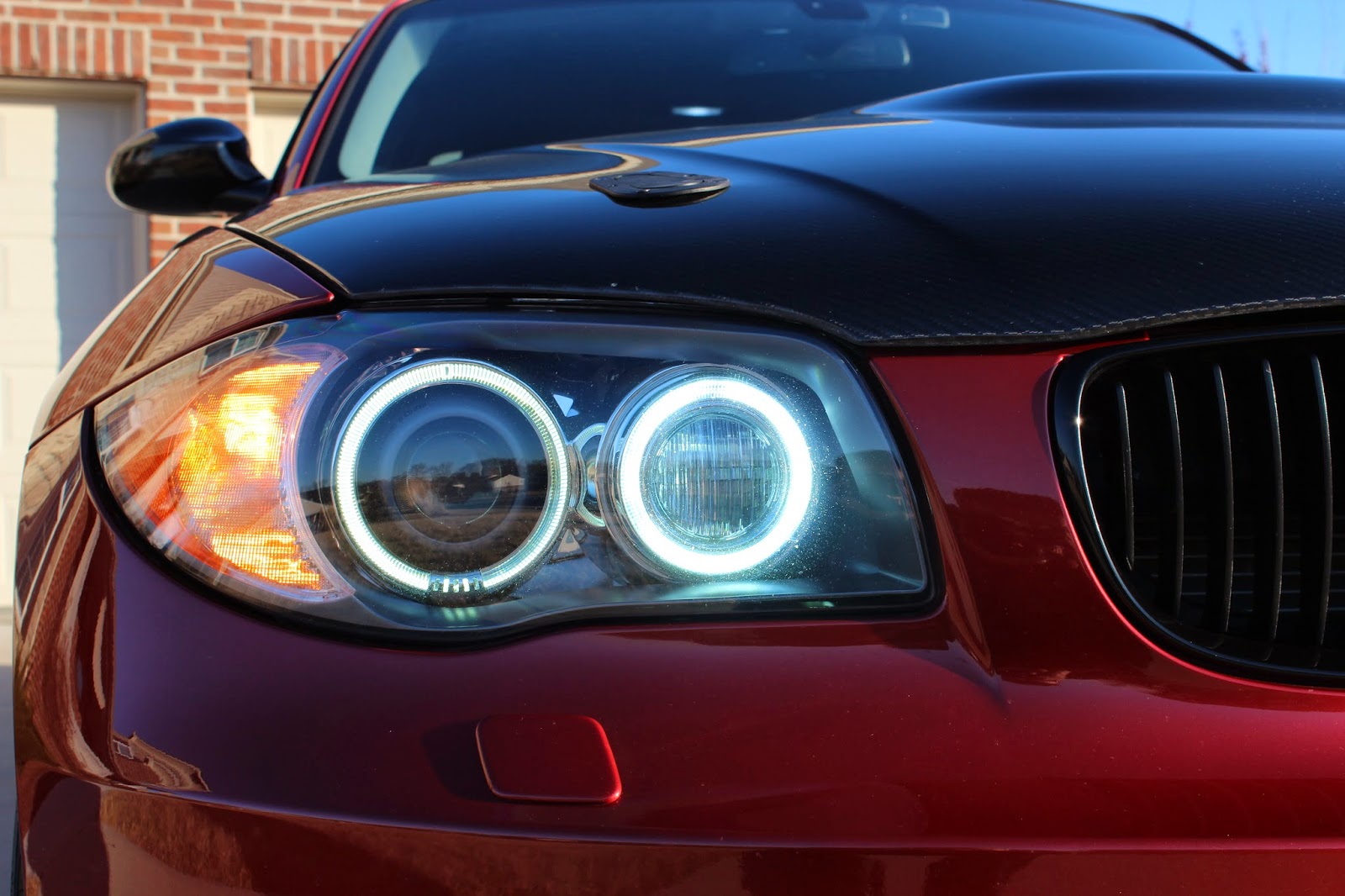 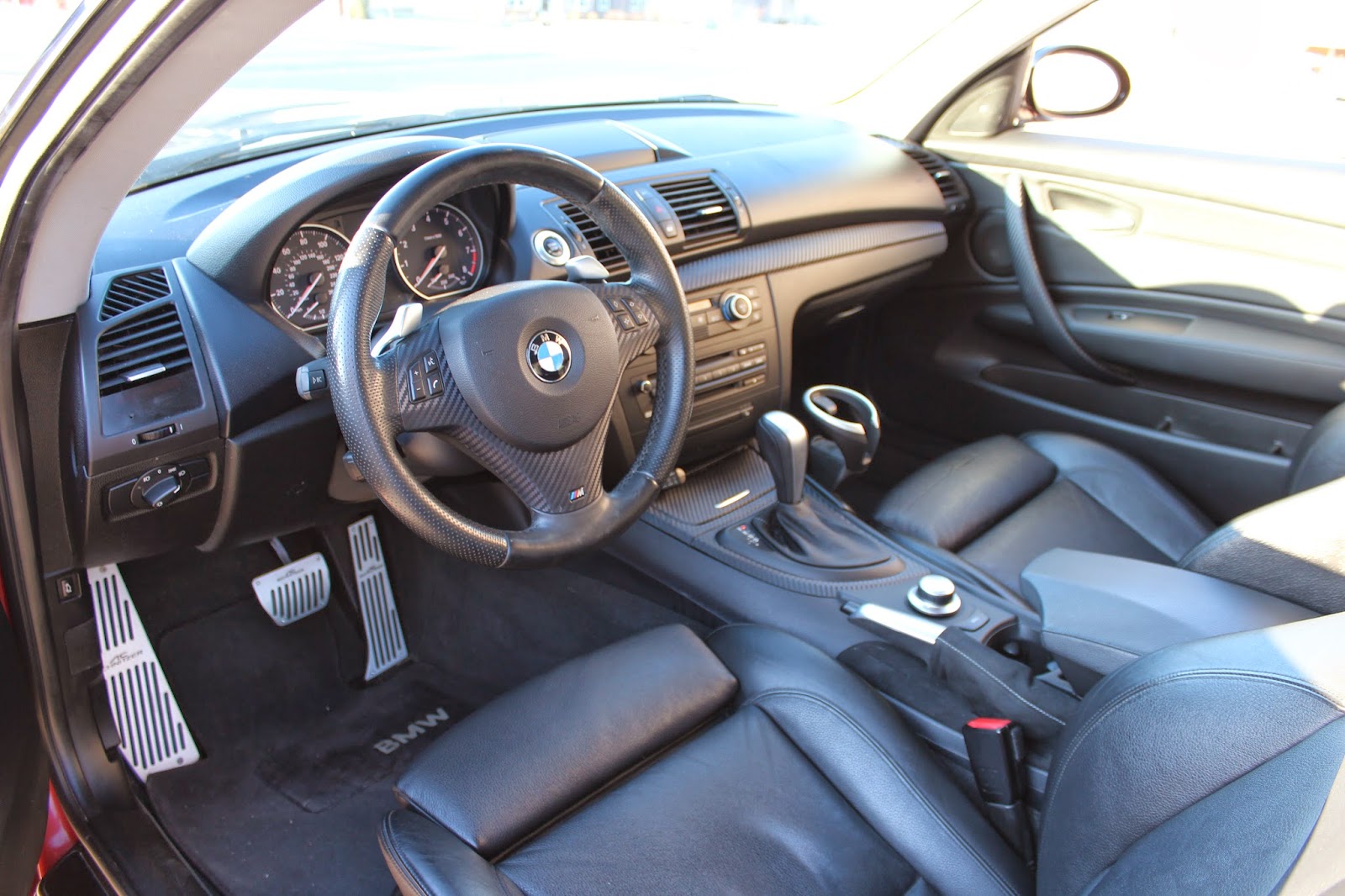 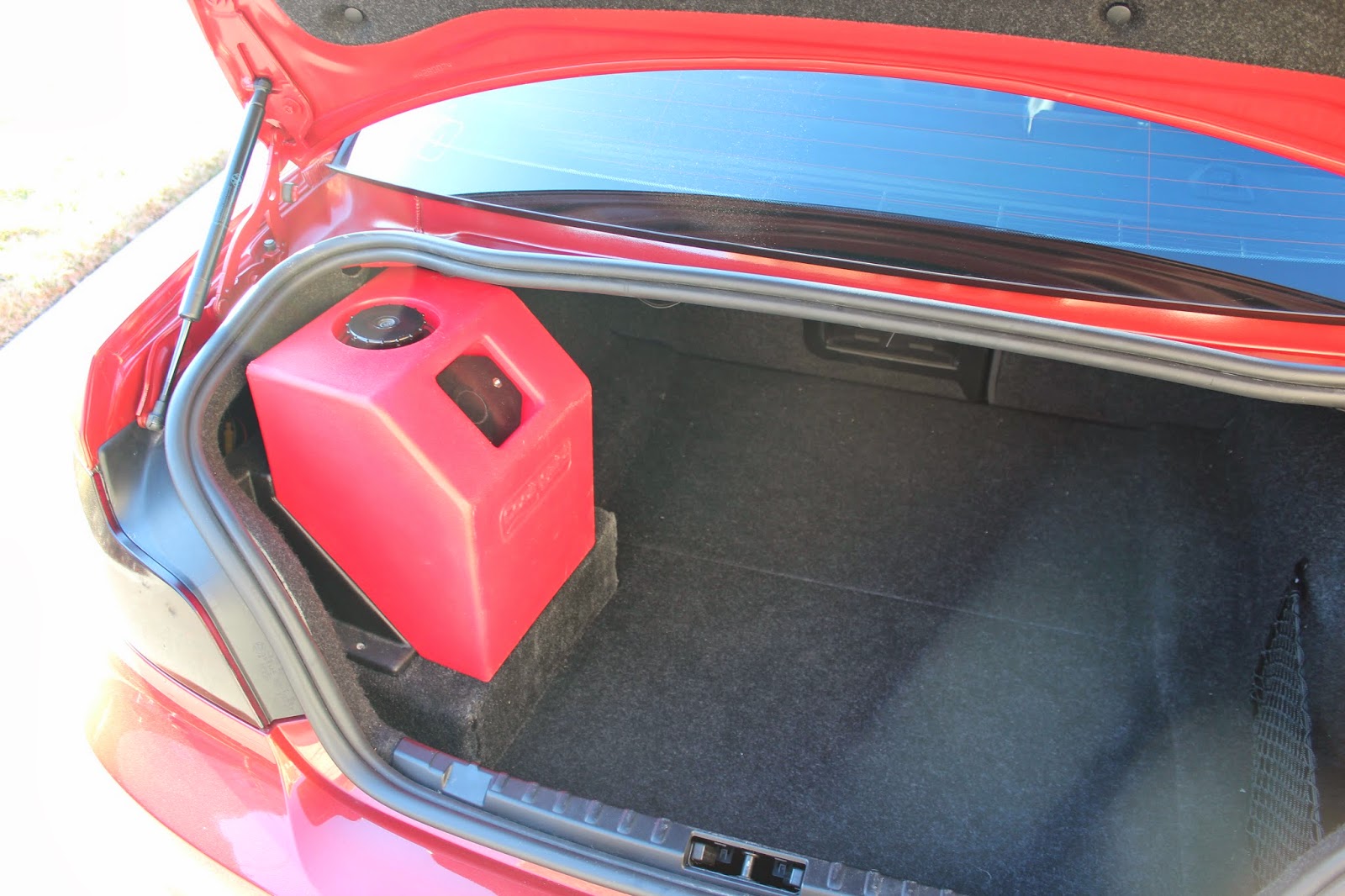 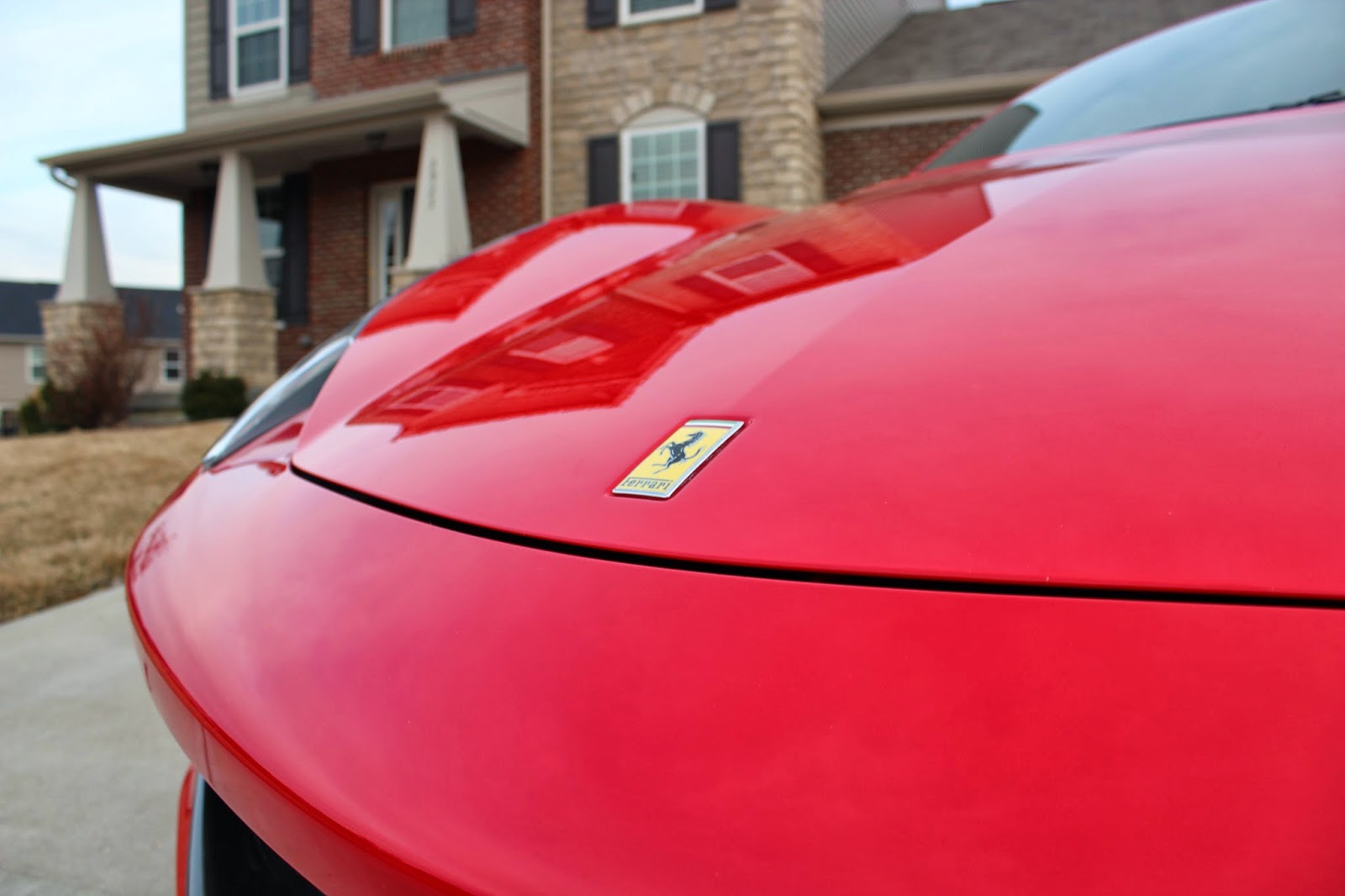