Having a little boy almost two years ago has been the best thing that has ever happened to me. (sorry wifey) I love to spend as much time as possible with him and enjoy every second I can with him. I also have a passion for cars as well and it becomes increasingly awesome when I can combine the two. Recently I have not had the time, or the organizational skills to schedule some rides to come over. I could have, but it has been a hectic few weeks. With Easter, then vacation, and other family stuff going on, I have not had a chance to get some cars over. BUT........ that doesn't mean I haven't been doing car stuff! So, here is a unique episode of what I have been doing the last few weeks and the reason you all have been patiently waiting for the next write up..... I know, I know.... it's been tough on you. I am sorry. :)

A few weeks back, a few friends got together for a nice back roads drive on a chilly, cold, Saturday in May. We all met in my little small town, a town which usually does not see exotic sports cars hanging around. I was not personally going on the drive, but I showed up with the boy to look at some nice cars before they left. Let's just say after two minutes of practice, he can now say Ferrari. 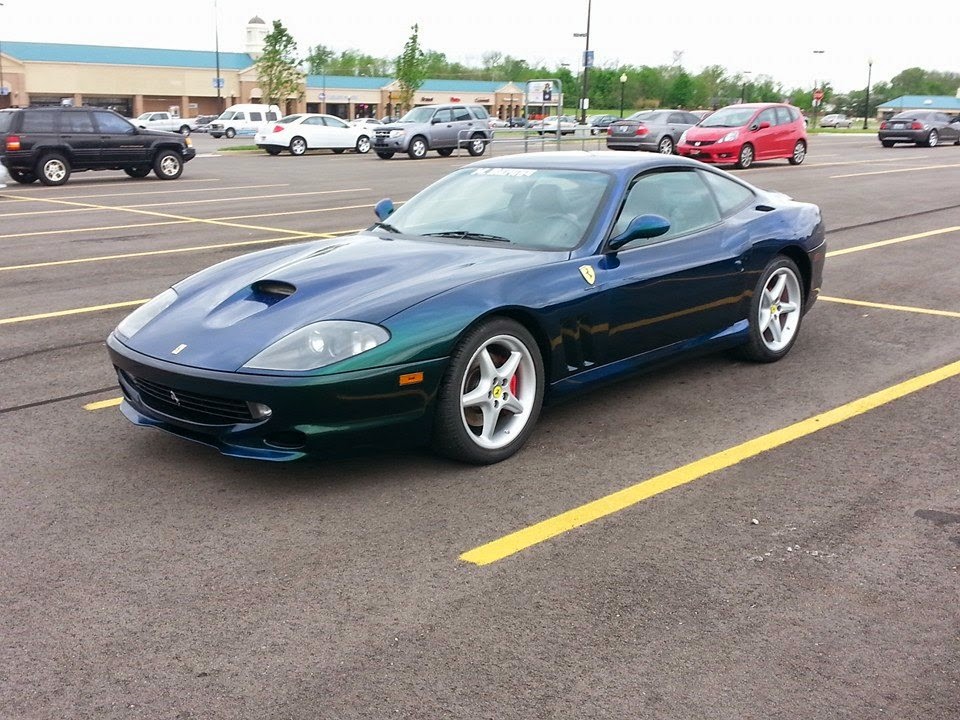 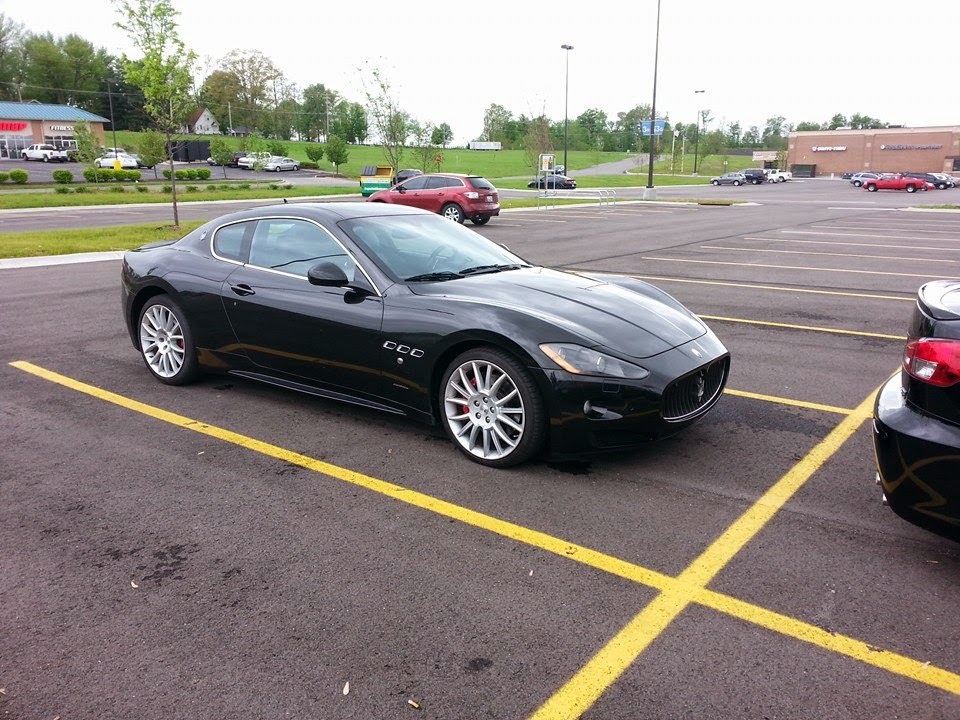 The reason I am writing about this is the same reason my town does not see this often. It's a rare site. With busier roads, swamped schedules, and off season weather, it is hard to plan a good day for a drive with a bunch of nice cars. These people are the reason why automotive companies design the cars the way they do. These are the enthusiasts. They don't care if its raining and its 50 degrees outside. They get in their cars, and go for a nice Spring drive together. 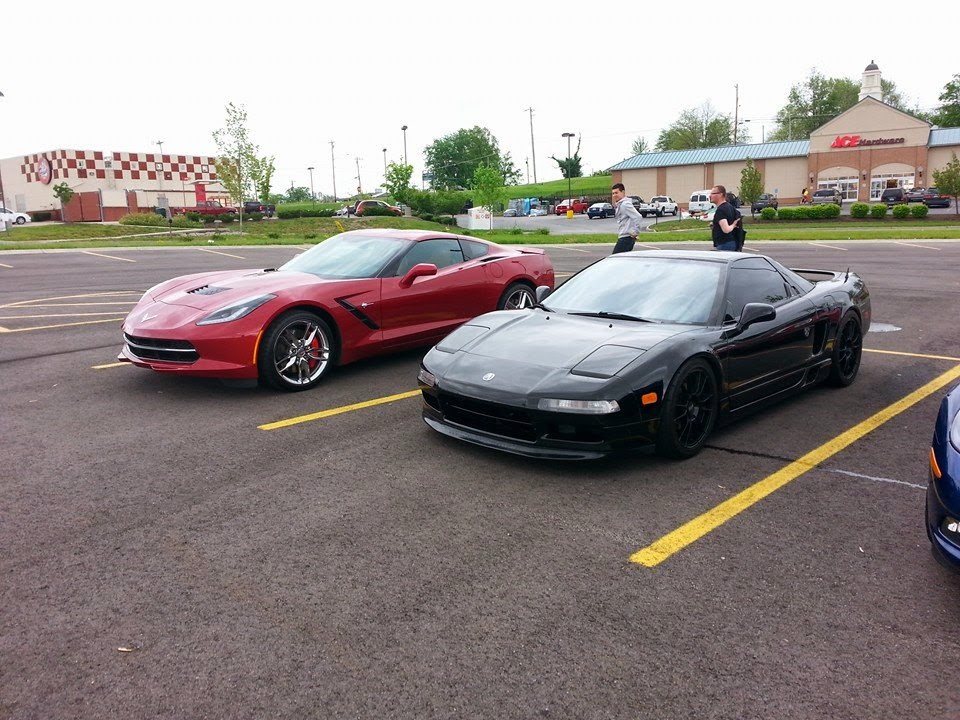 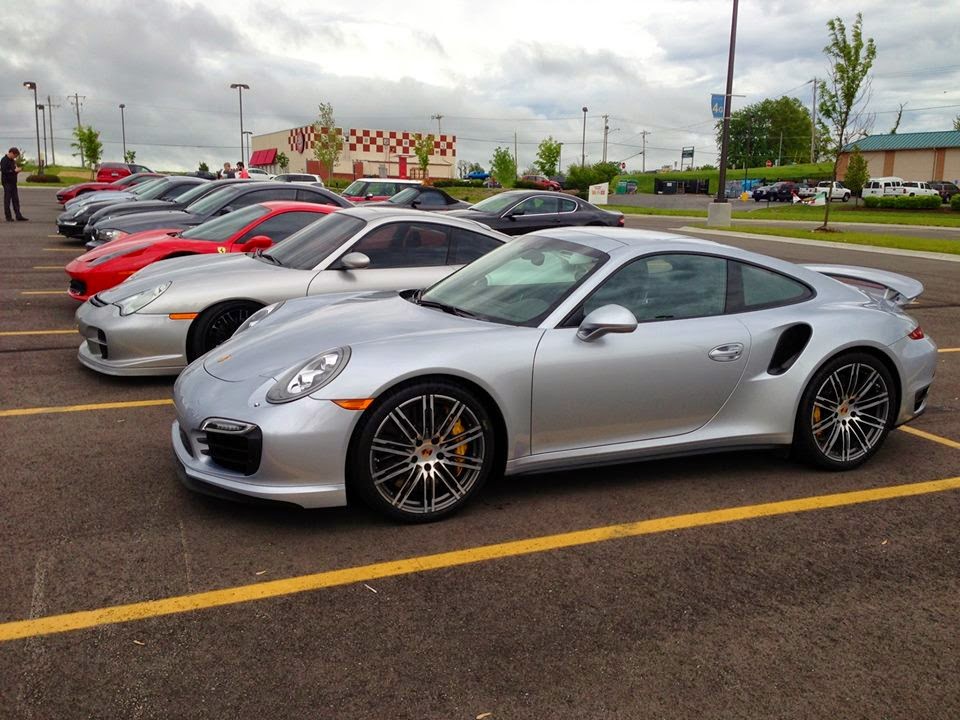 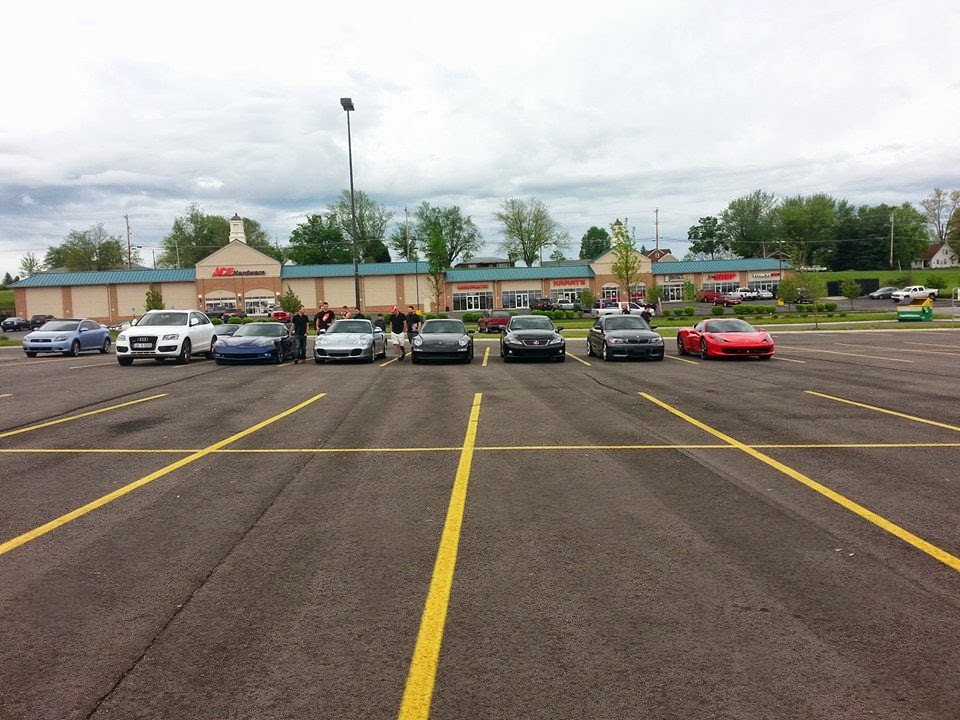 Before the majority of the cars showed up, I had to pop the Q5 in the picture. The great thing about these people is the fact that they also embrace outsiders when it comes to their cars. Many people came up and asked questions or took pictures and there was such a good vibe going. Everyone was having a good time, even my boy. We practiced saying his colors with each car. He liked the red one a lot. haha


And I even caught a few teenagers taking selfies in front of the cars. lol 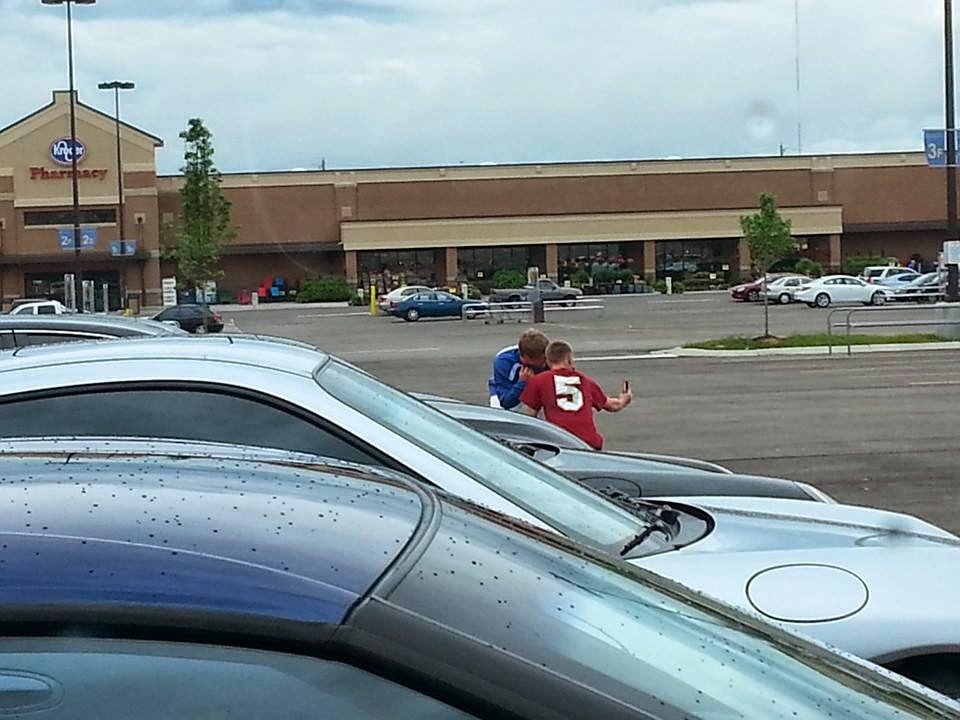 Just last weekend, I was also busy but this was during nap time for the boy so he didn't come with. Our Audi Club Kentucky group were invited to Kettler Motor Werks in College Corner, Indiana. For those who don't know, Brad Kettler is very involved in the Audi Customer Racing field. He is a support for those racing teams in the U.S. while at the same time works with the Audi Racing Teams in the World Endurance Championship. You will see Brad on TV when you watch the 24 hour Le Mans race. I have had the pleasure of meeting him at Petit Lemans at Road Atlanta many years back and we had an amazing time touring his facilities last weekend. None of us knew how involved he was with these racing programs. I could talk for hours about what we saw but I will just post a bunch of my pictures and you can see for yourself. I will say one thing before the pictures.... a big Thank You to Brad and his team for showing us around the place. Every one of his guys/gals there were knowledgeable and inviting. They showed us everything that goes on at their facilities. They are a great group of people and we should be lucky that people like this do their job well so that these racing teams can keep on running! They are a pivotal gear in the worldwide racing field. 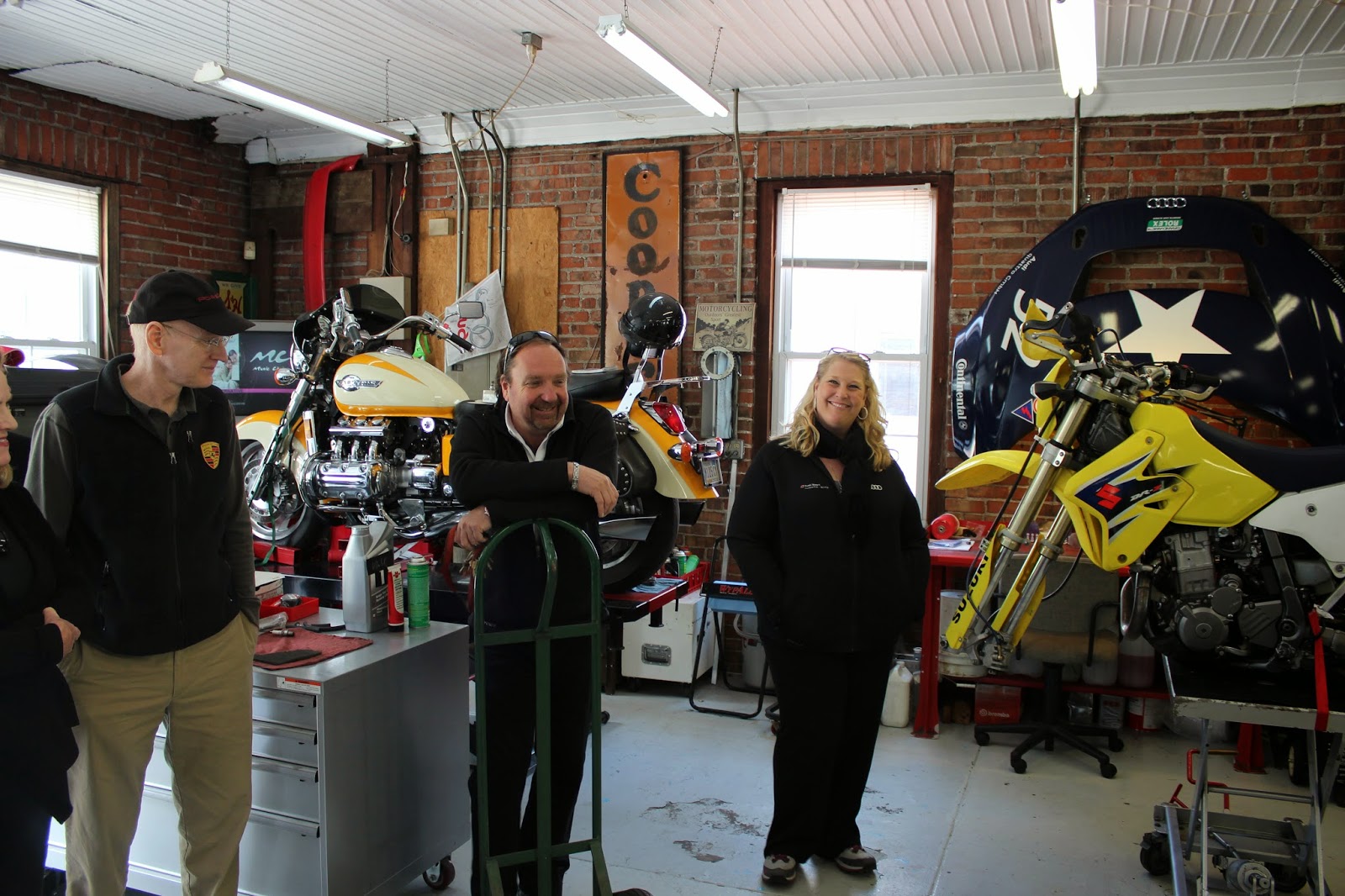 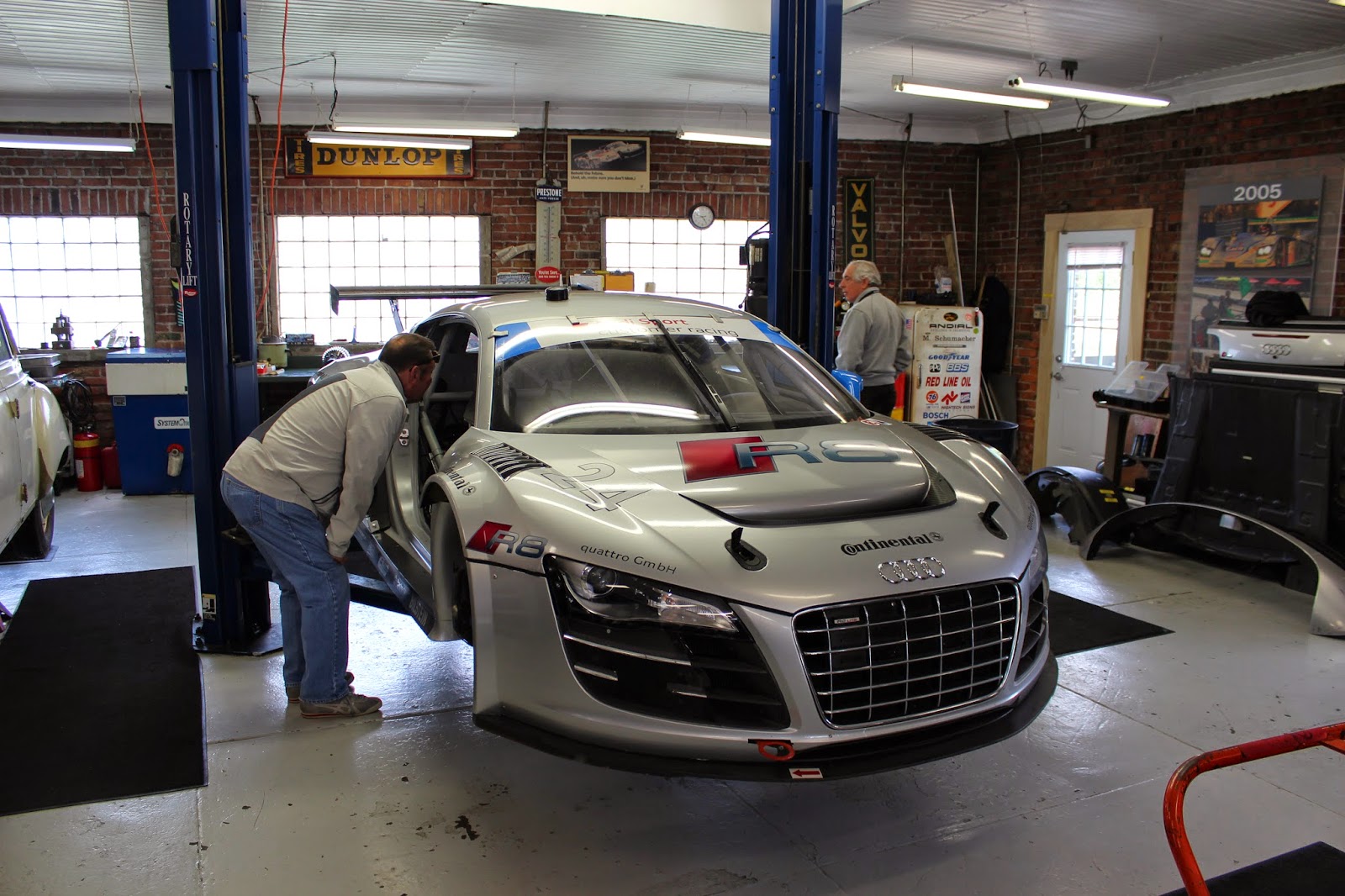 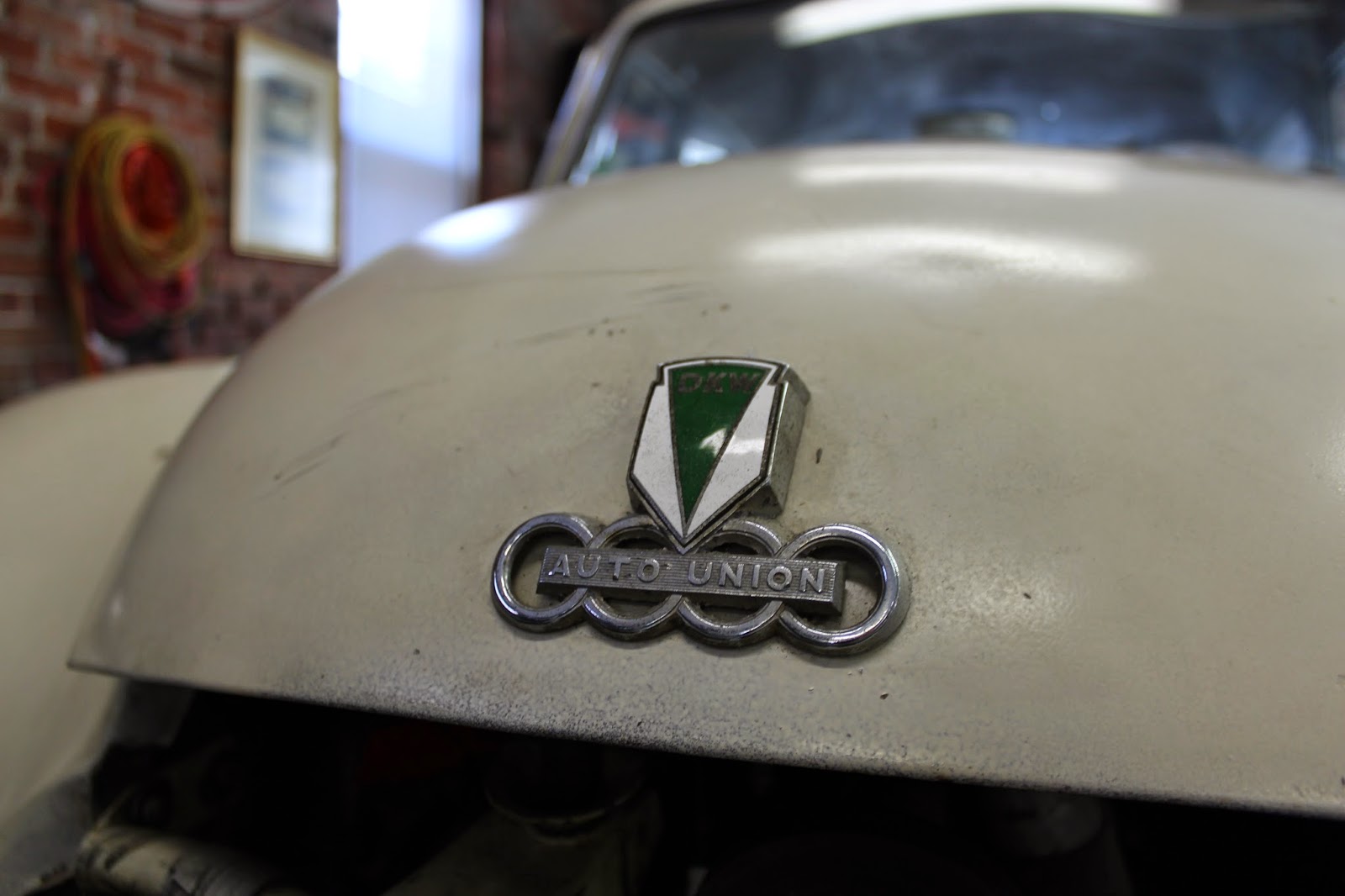 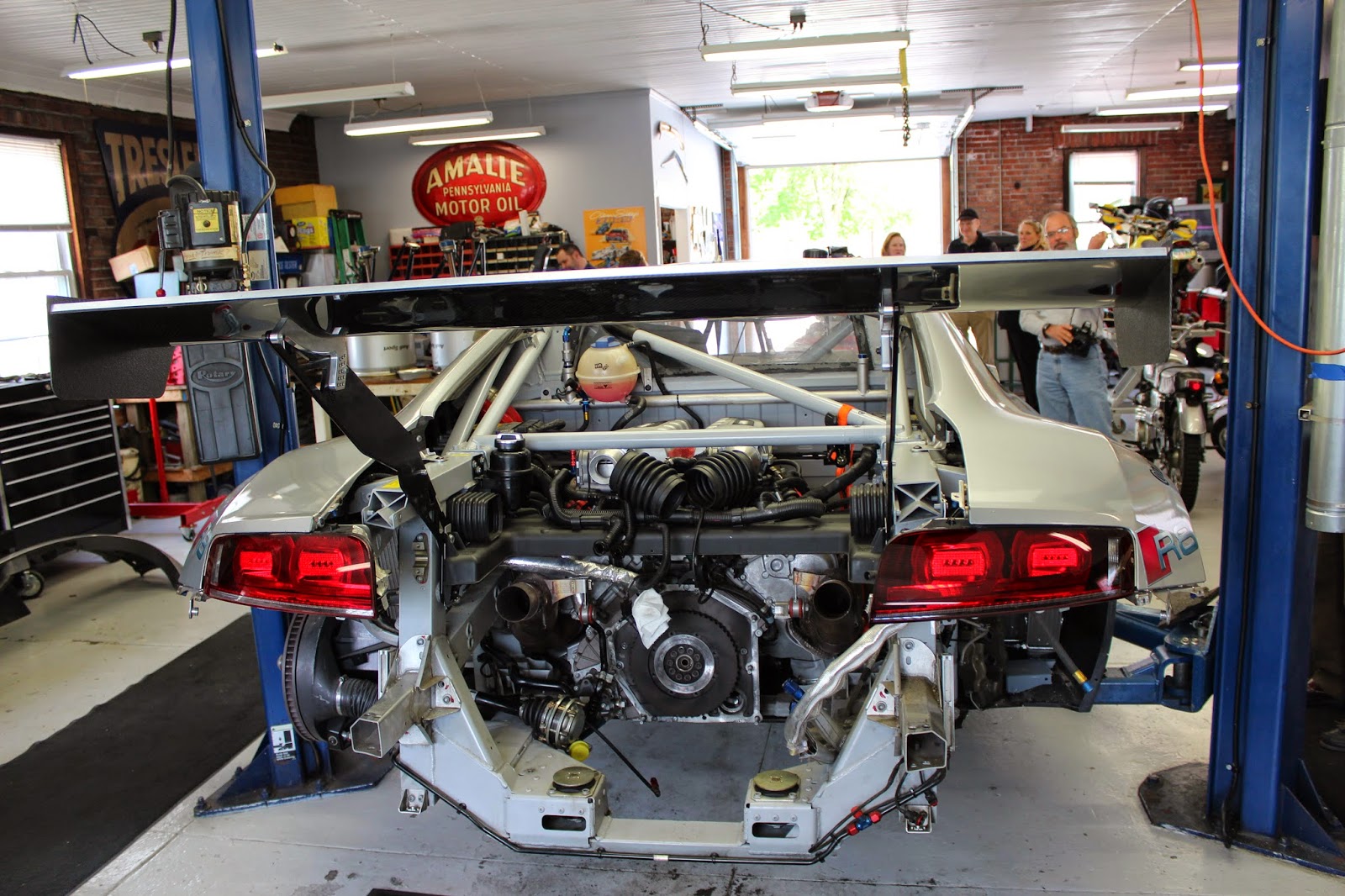 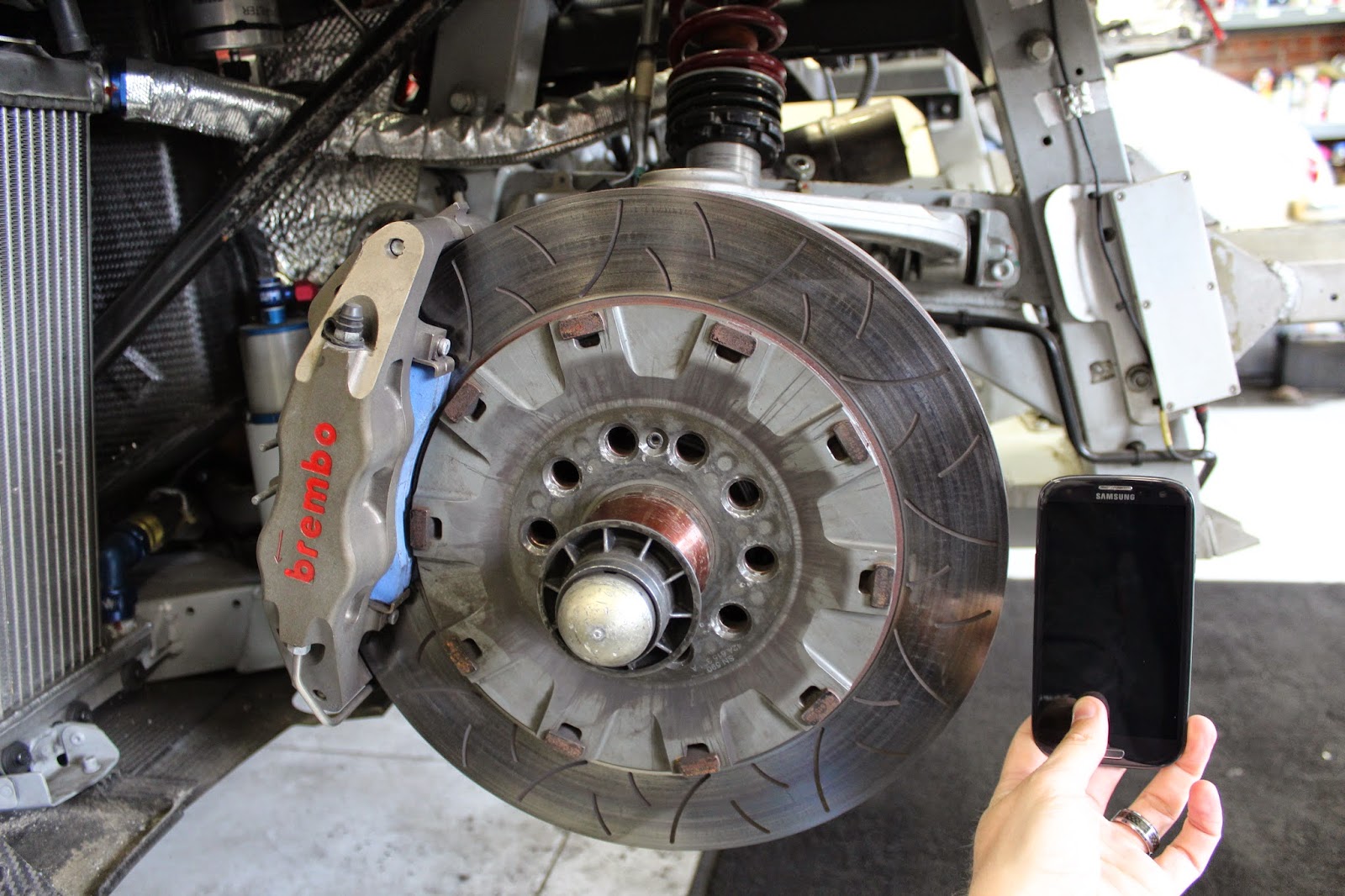 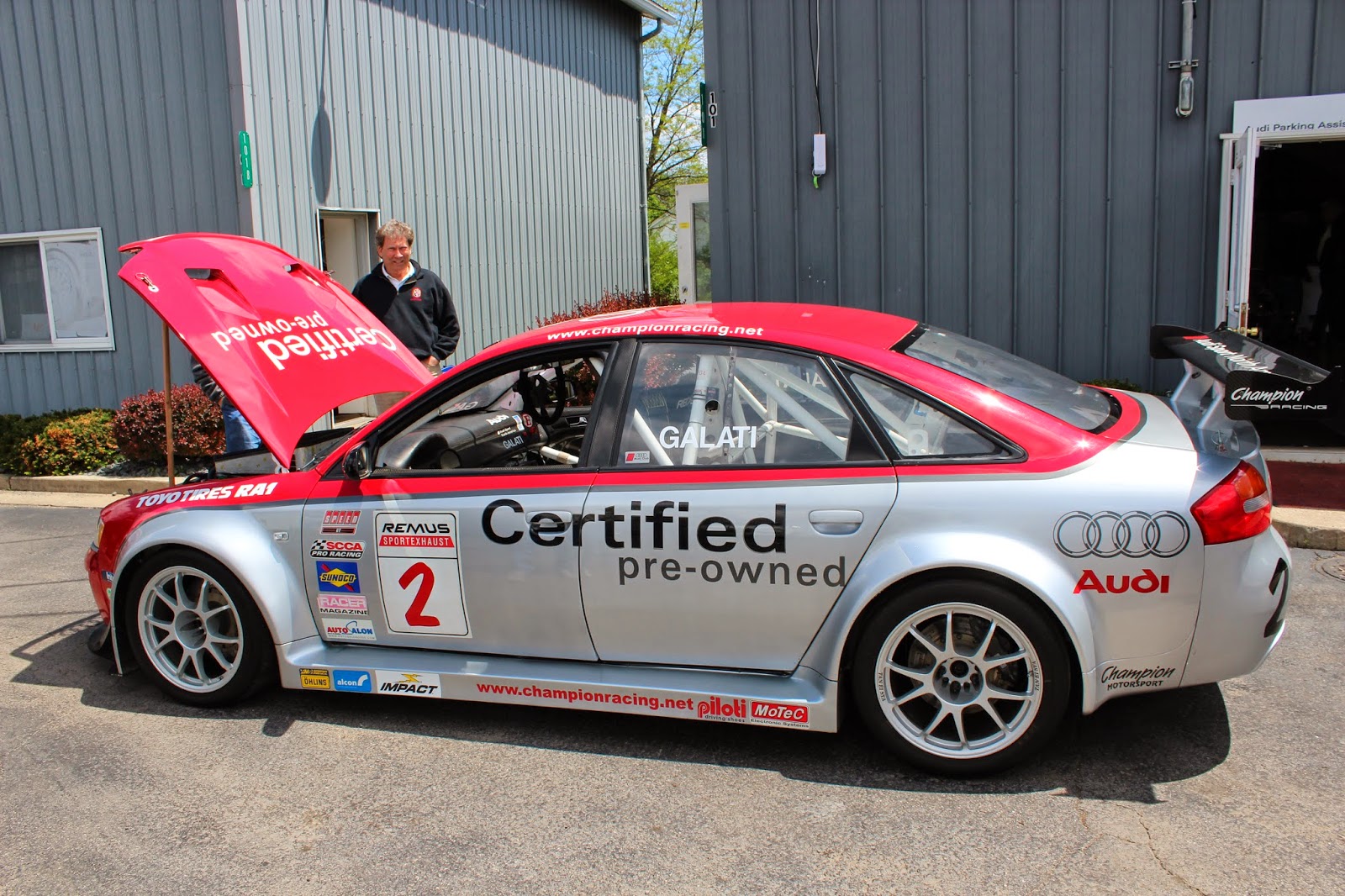 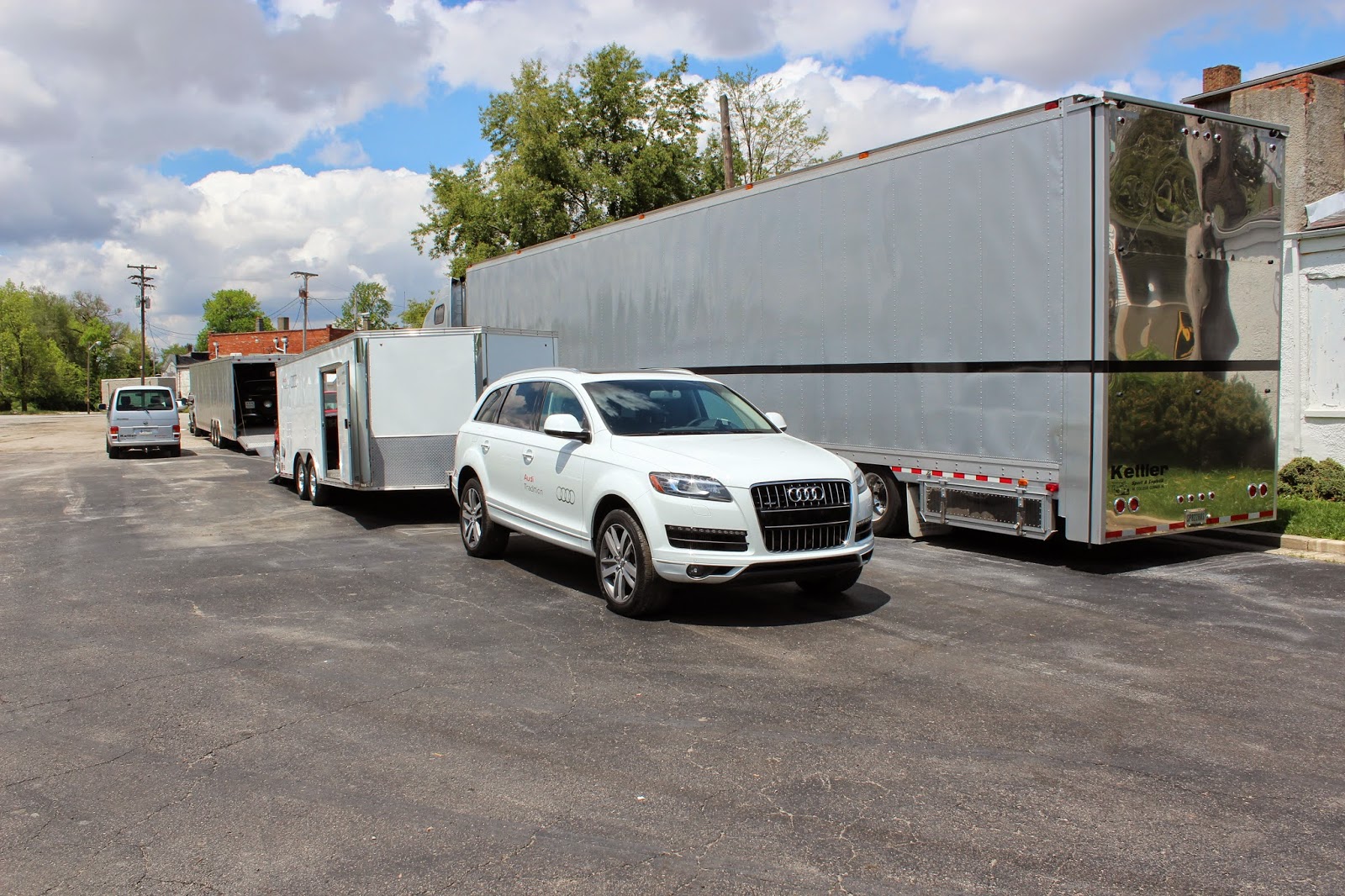 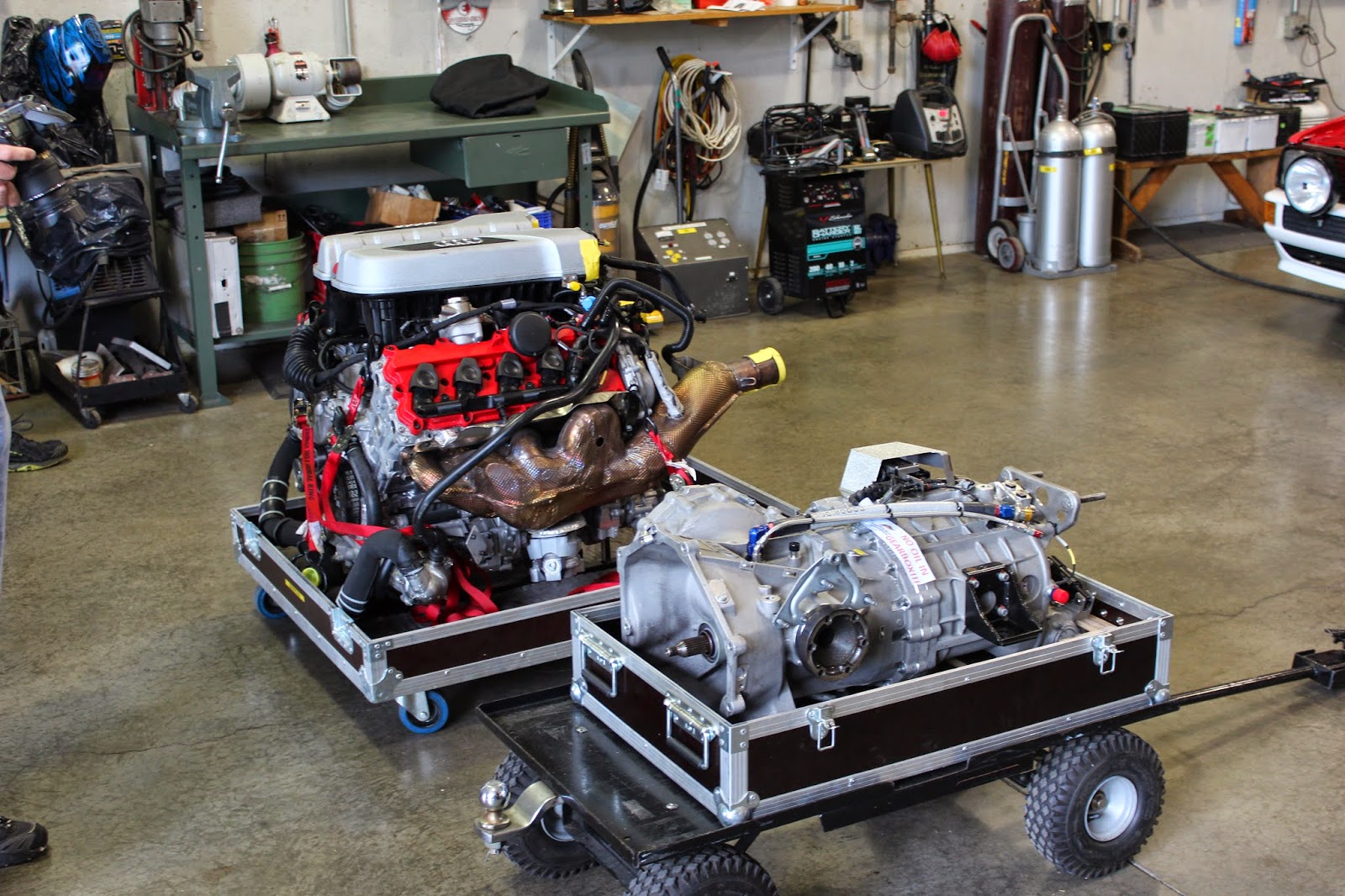 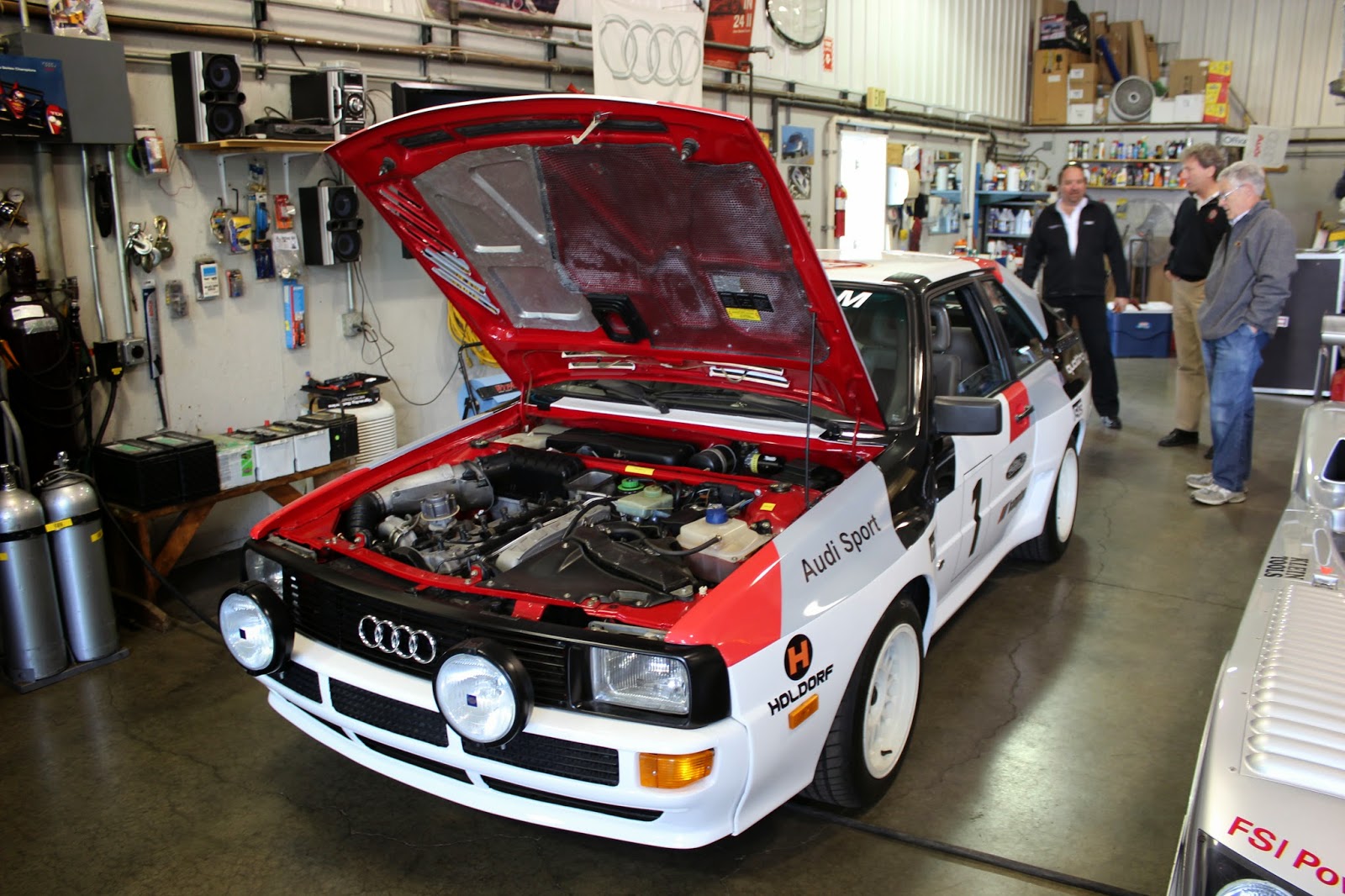 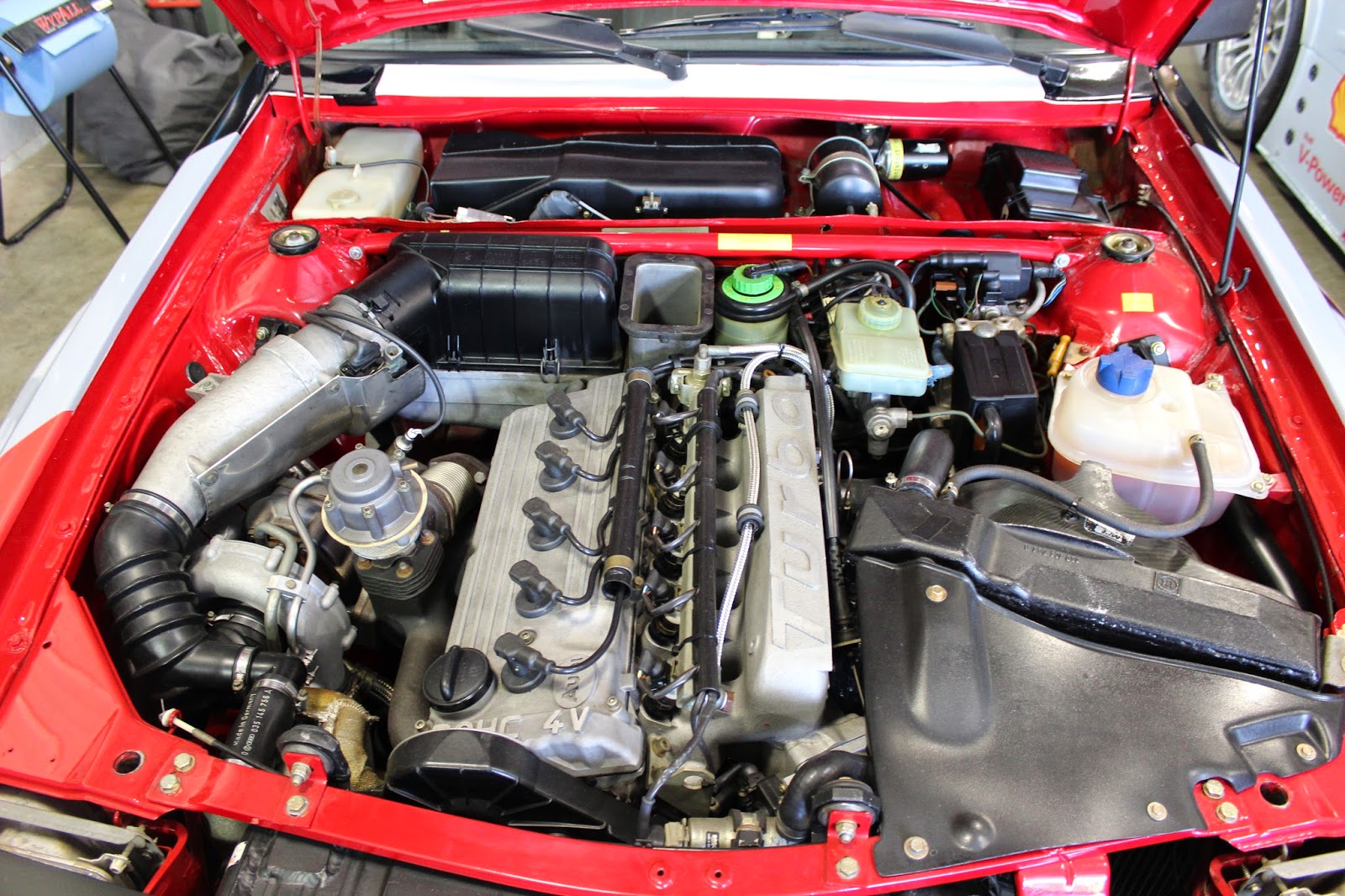 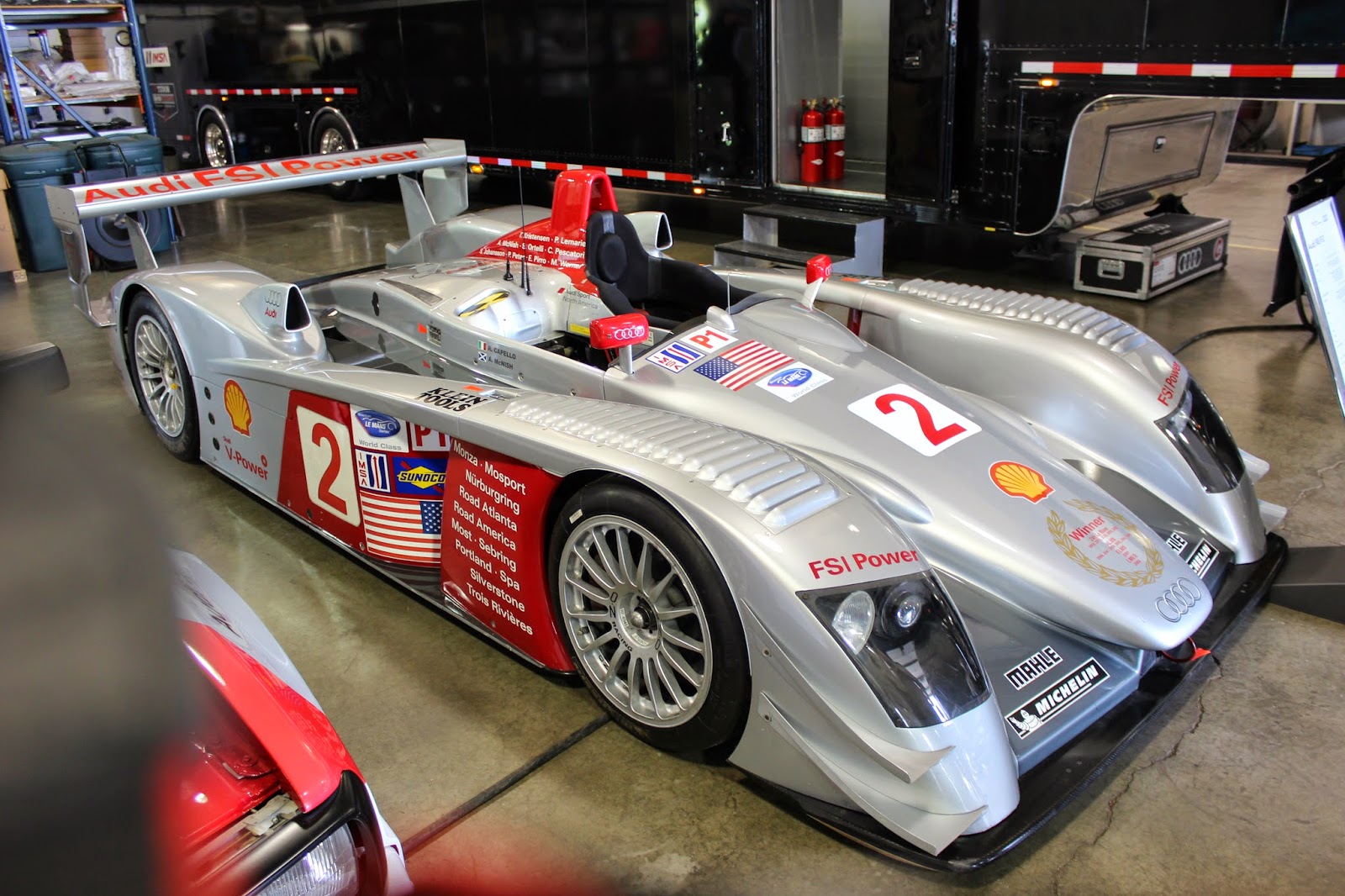 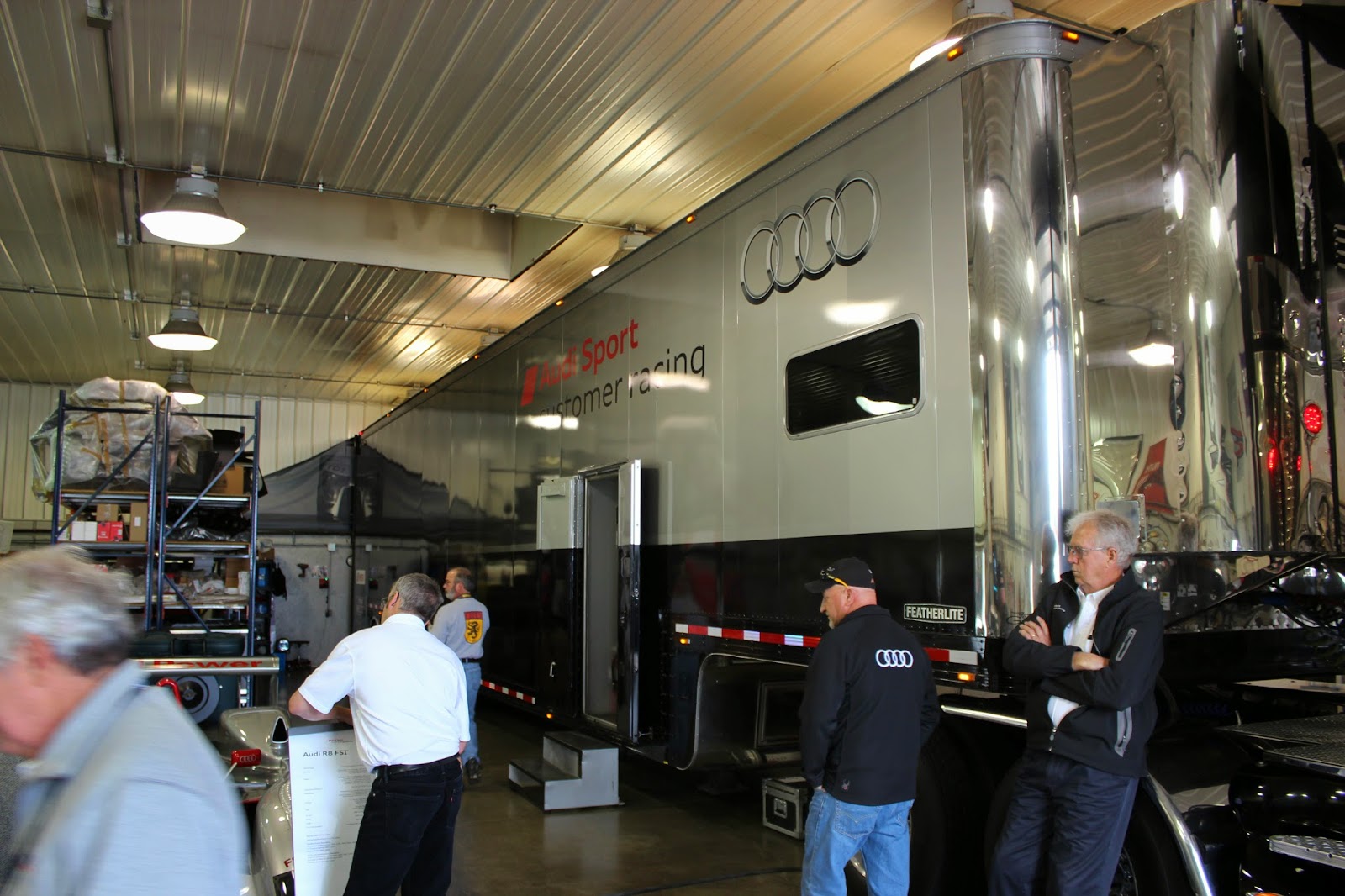 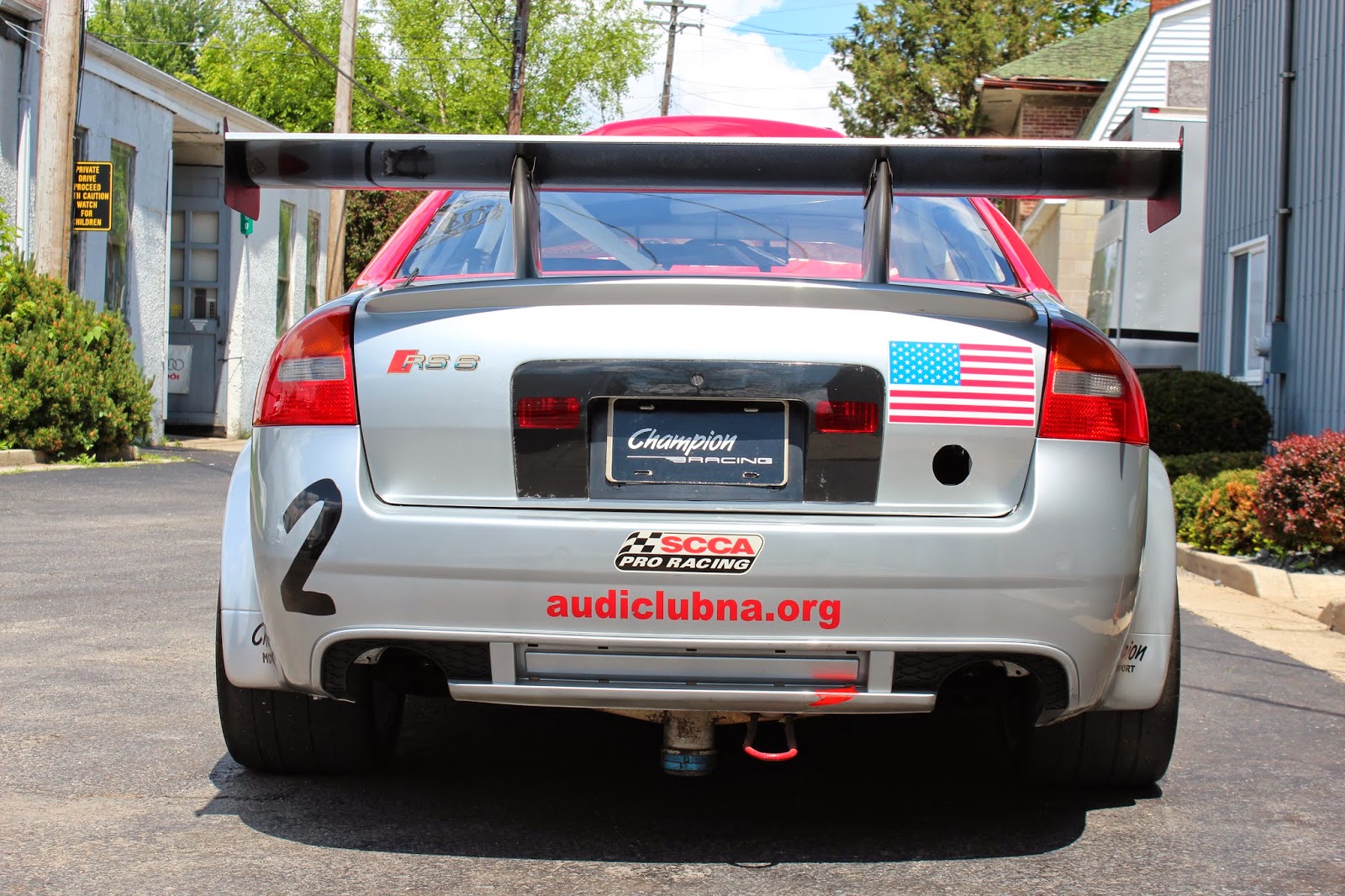 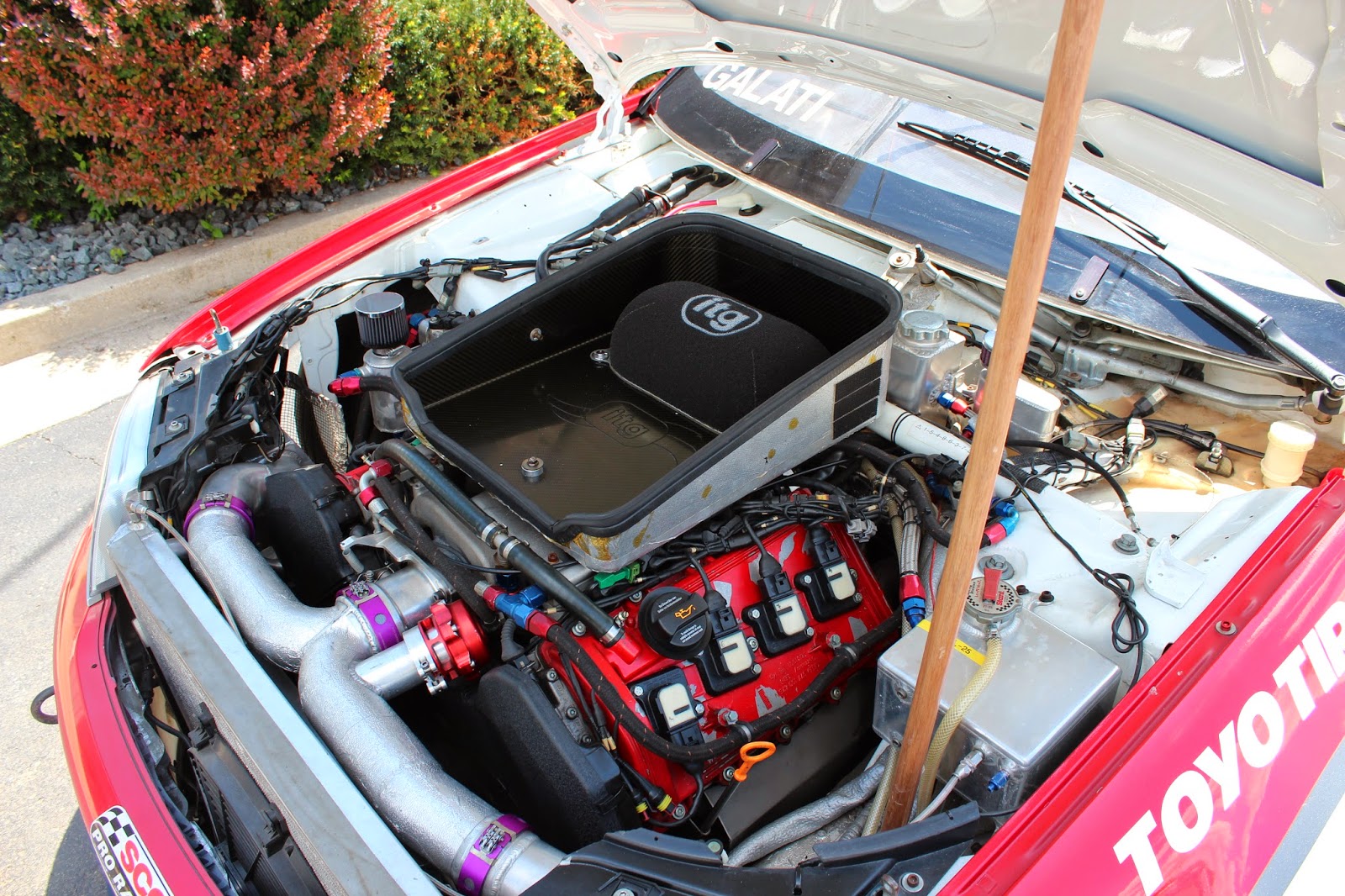 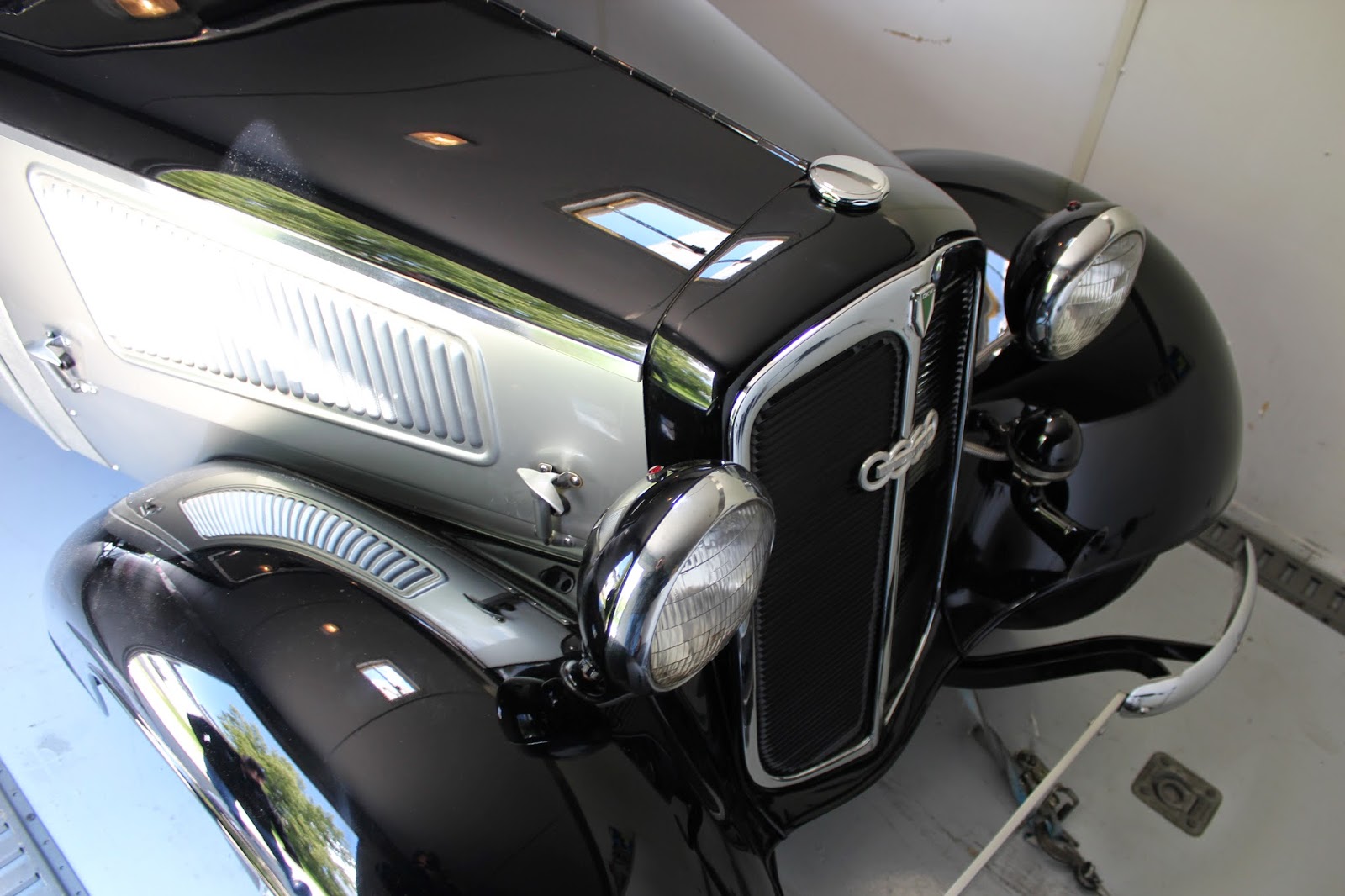 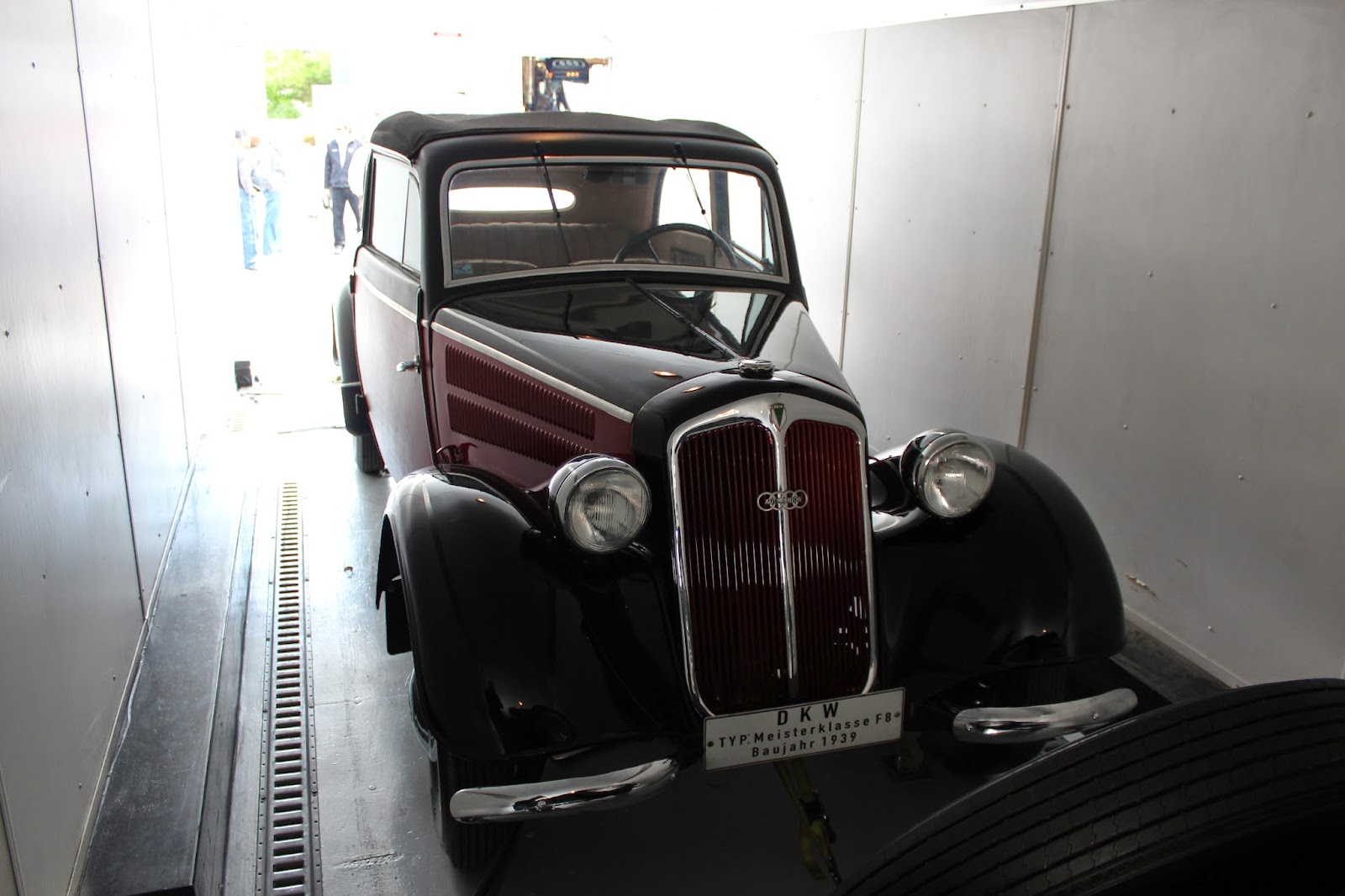 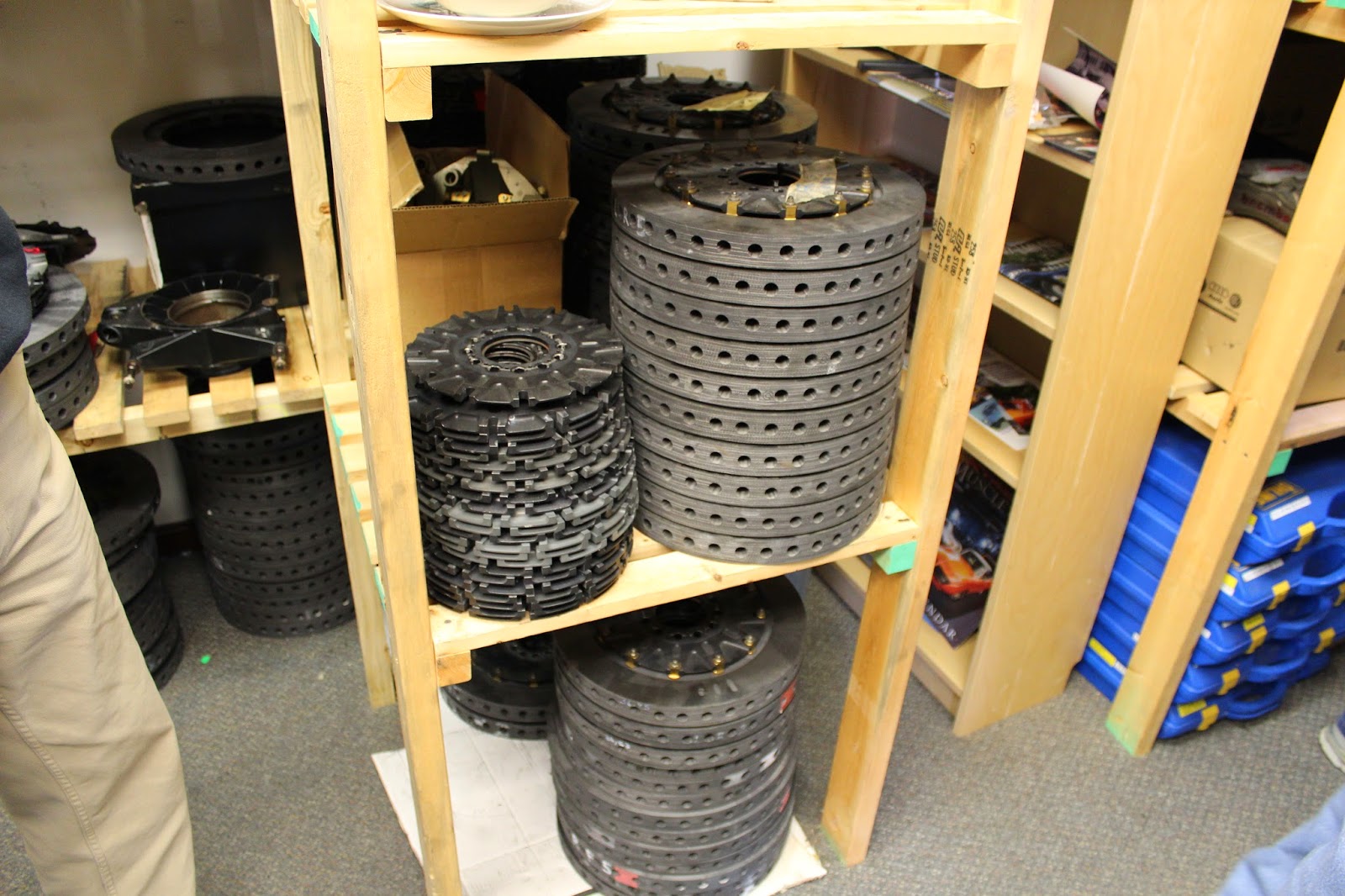 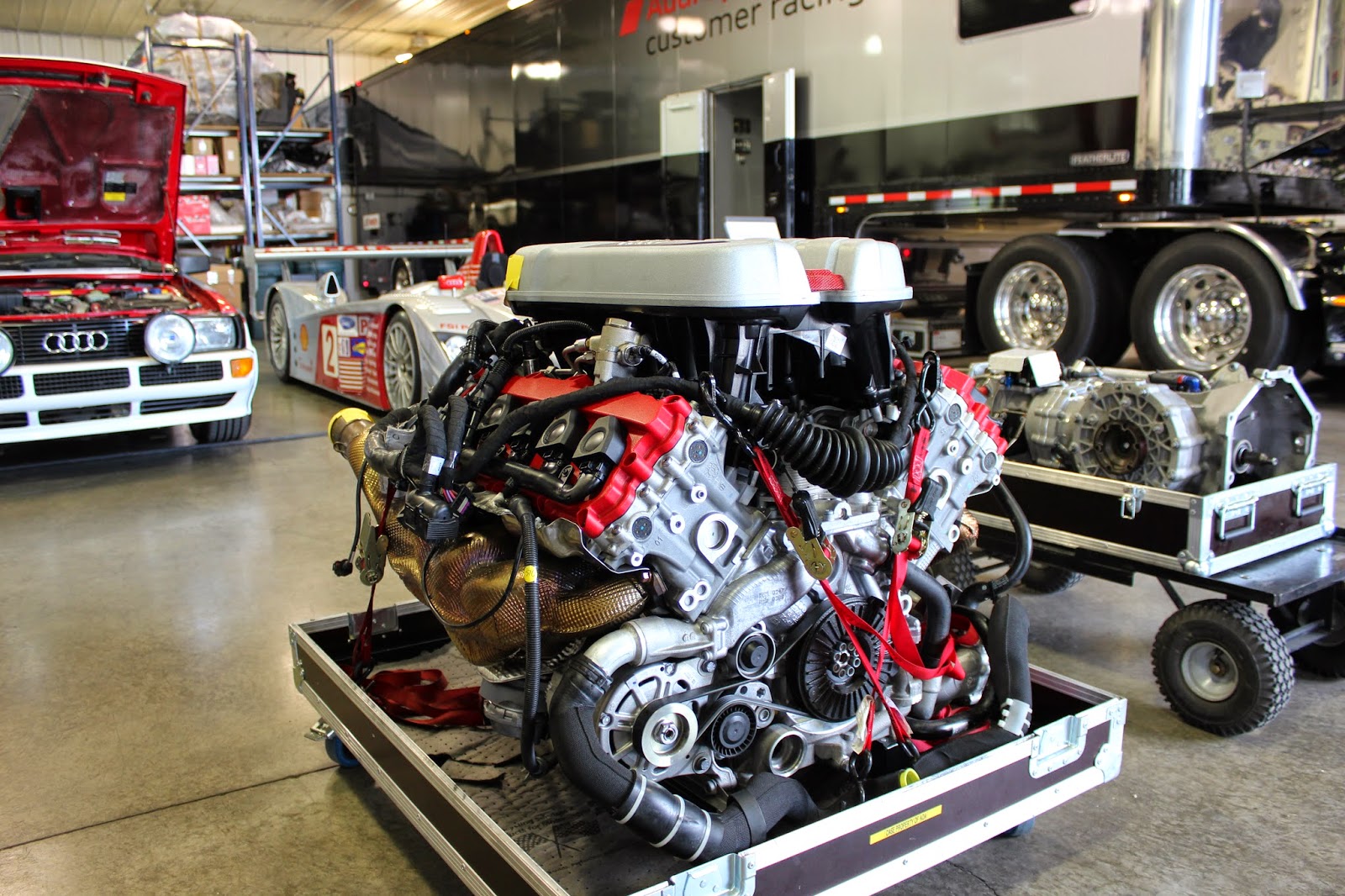 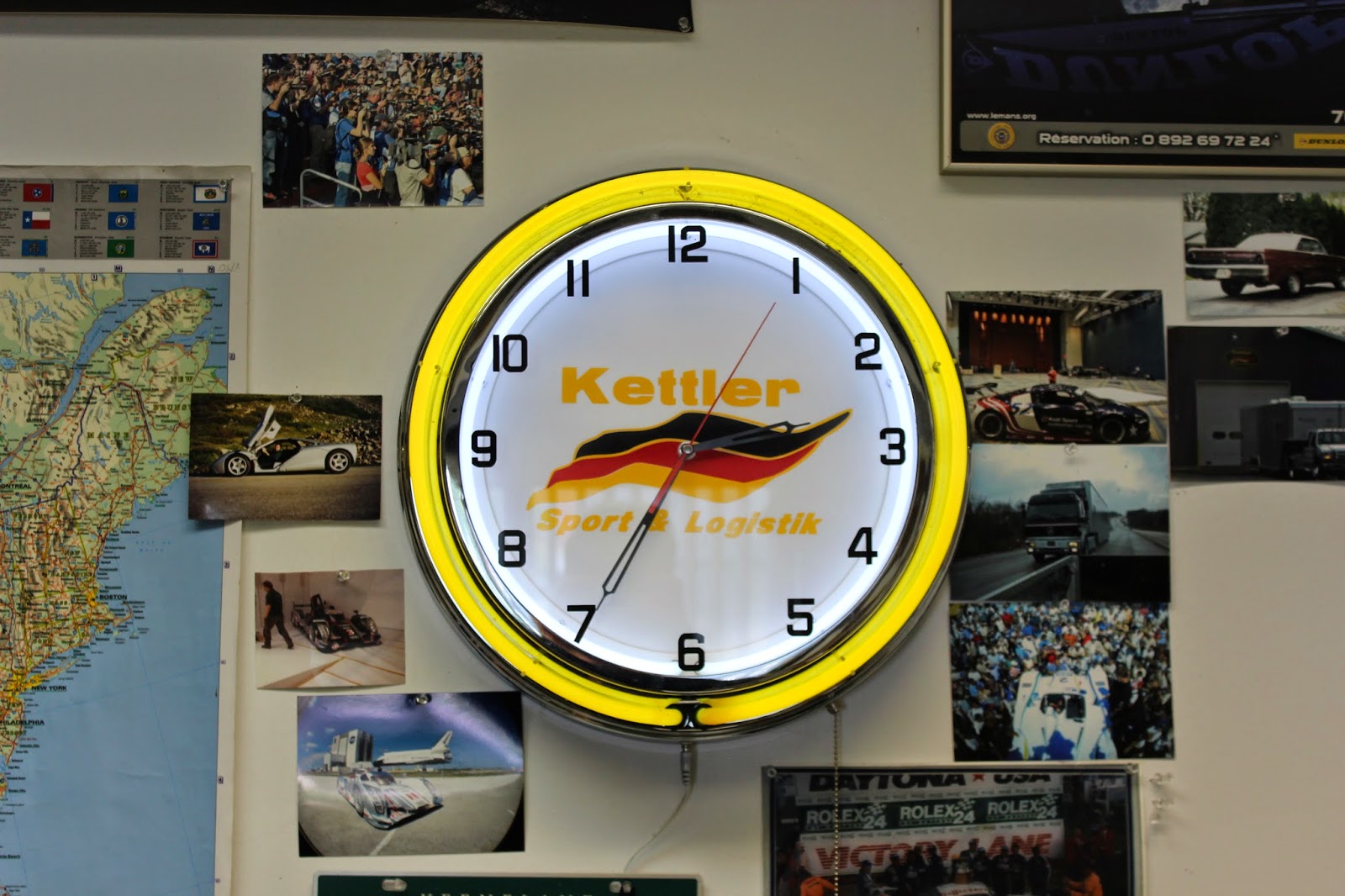 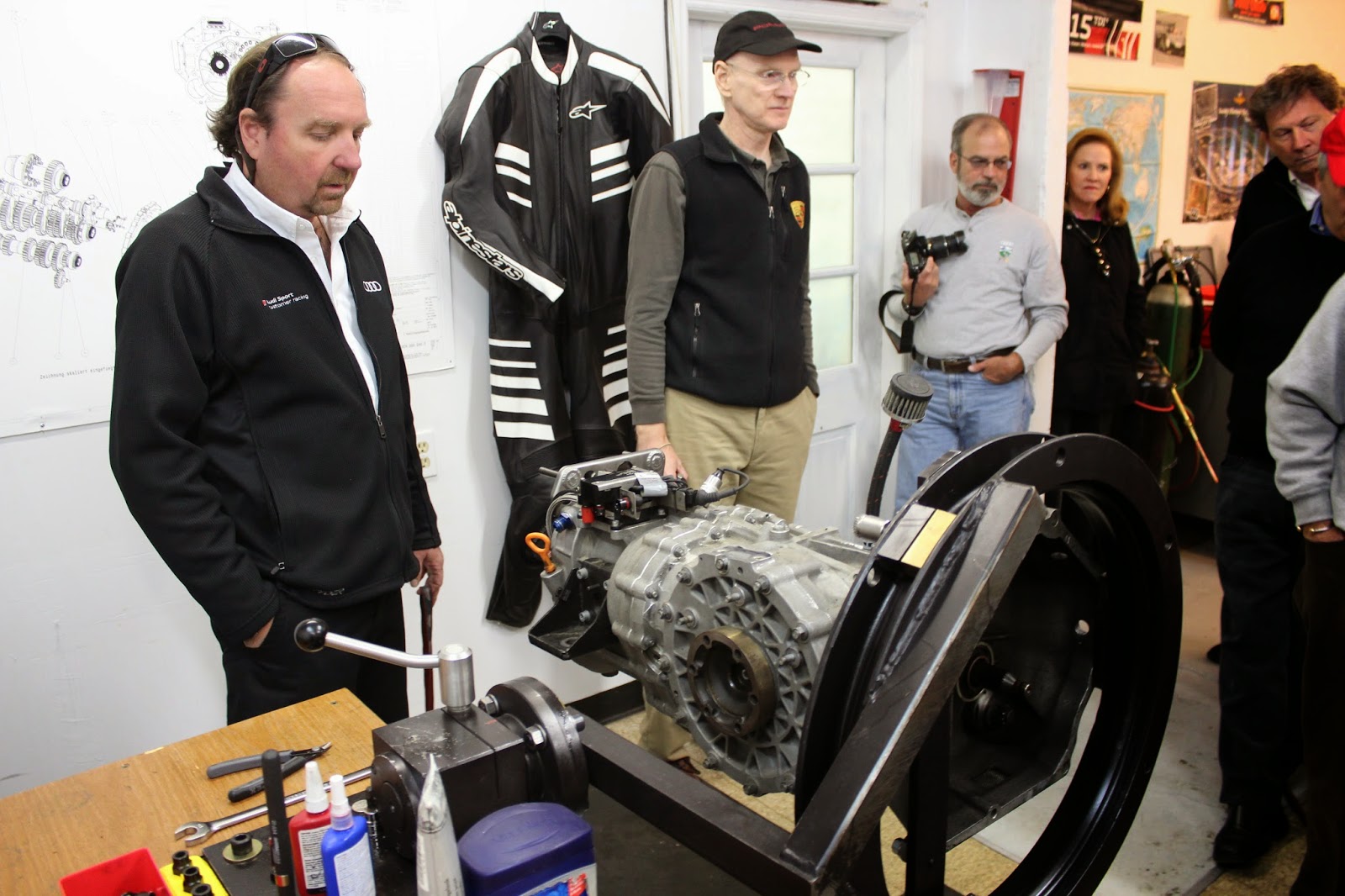 Posted by Cars In My Driveway at 1:05 PM