Rollin.... in the Notchback Ford, with the turbo spooling, I never get bored! 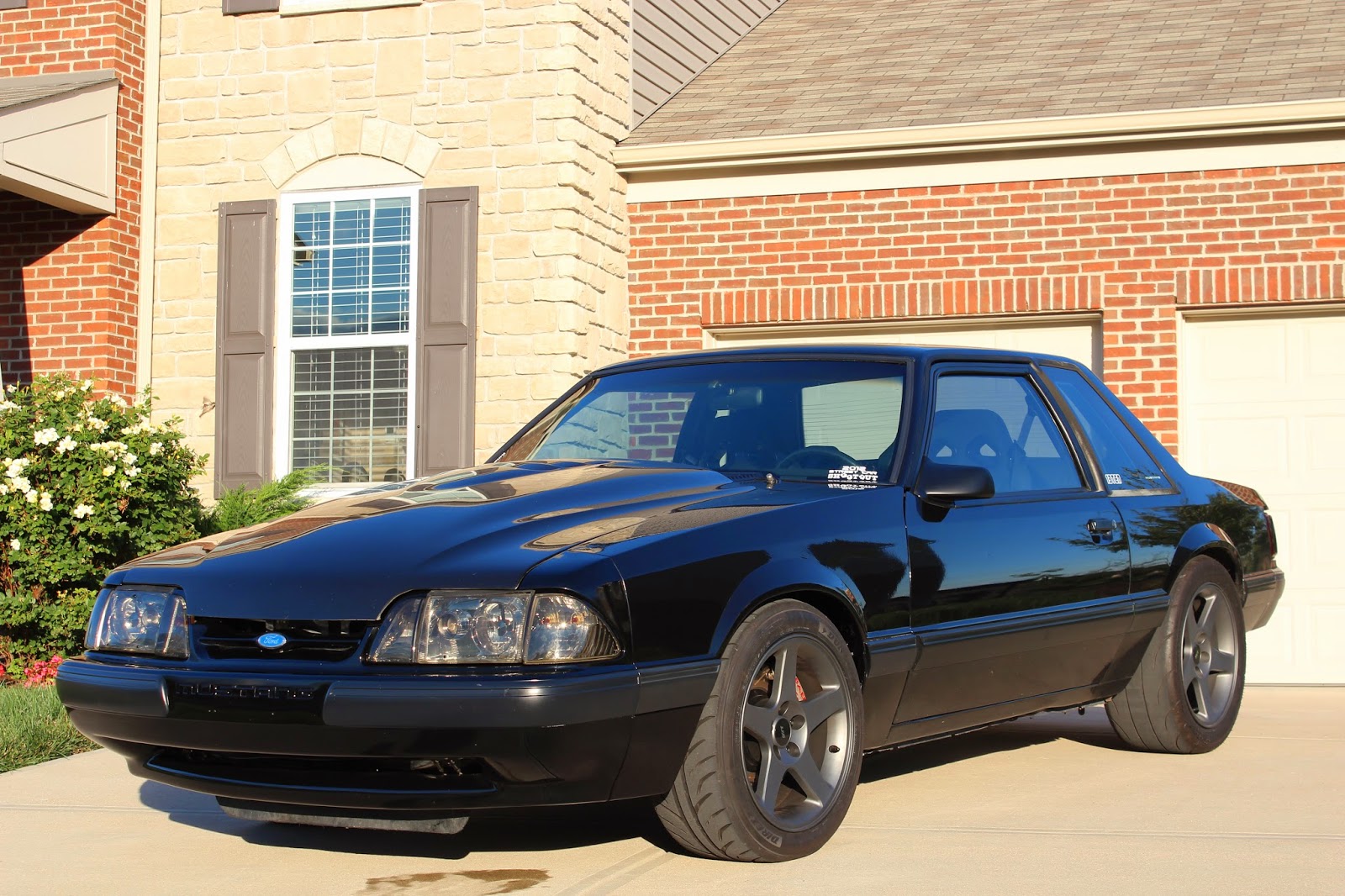 As some of you may remember, I have talked about the LX 5.0 I had back in my early days. I was really bad back then when it came to driving. It was basically stock except for some plug wires, a B&M shifter, and K&N filter. It was a blast to drive being in my late teens/early 20s. I could literally thrash that car for hours then drive up to Swifty gas station, fill it up with 87 oct (cause I was broke back then) and go thrash it again. The car had 140k miles on it and was still running factory quarter mile times of 14.4 at 99 mph. It was simple, it was fun, and depending on the corner, could drift like a bat out of hell. The best part was, it was so easy to control. You never got too out of control with it. Granted it didn't have much HP by today's standards, but it was a manual, rear wheel drive tank. What's more fun than that? I had been pulled over 3 times in that car for doing crazy stuff but never received a speeding or wreck less operation ticket. Odd, right? I remember one snowy night taking it around town when nobody was out and just whipping the car all over. It did everything I asked. The car was so easy to drive hard, unless you weren't used to it. Case in point. A buddy who drove a old front wheel drive Dodge Stealth took a crack at the car once. I took him to my favorite corner to whip it sideways. Long story short we ended up in a persons yard inches from a tree. 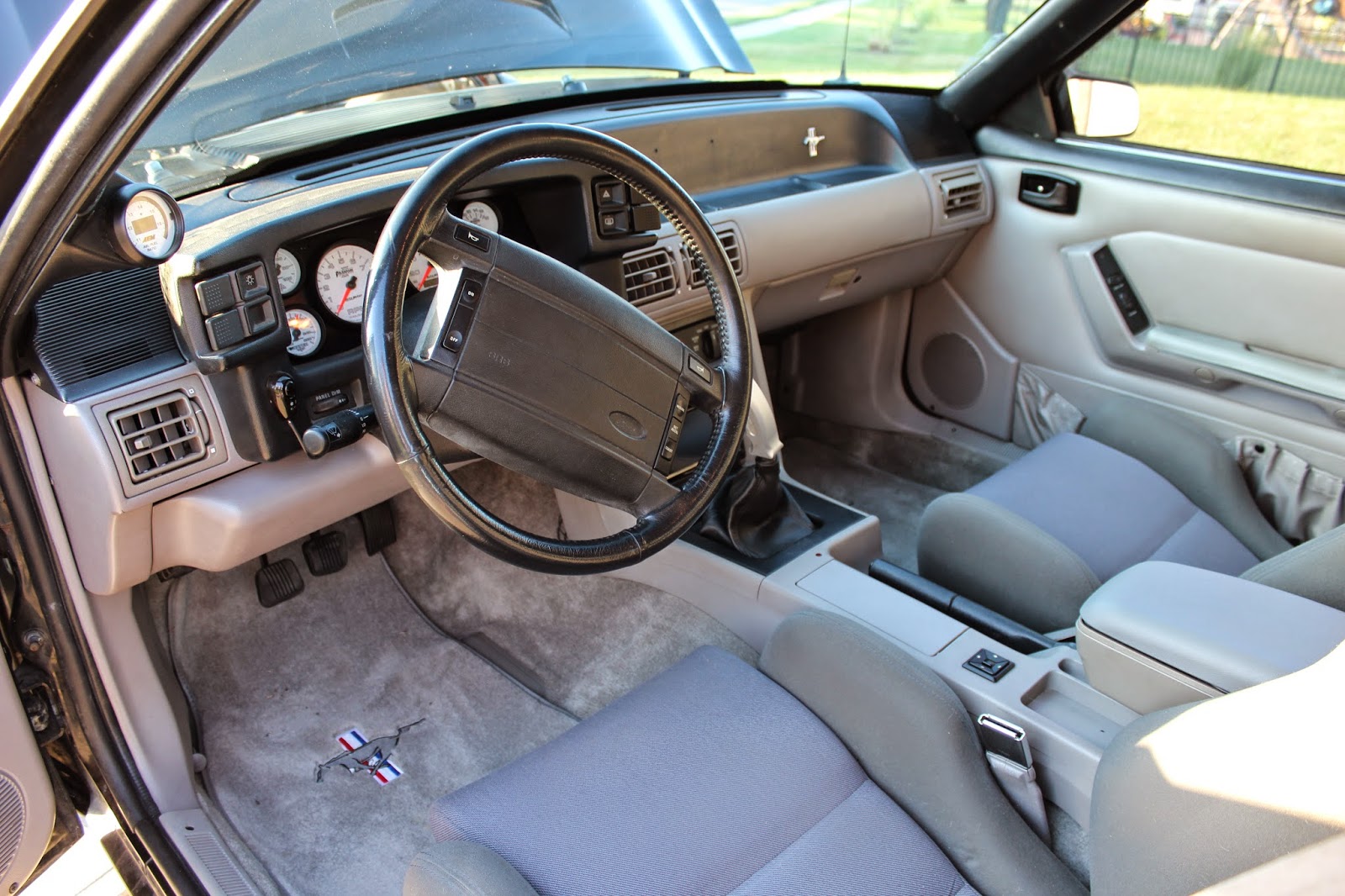 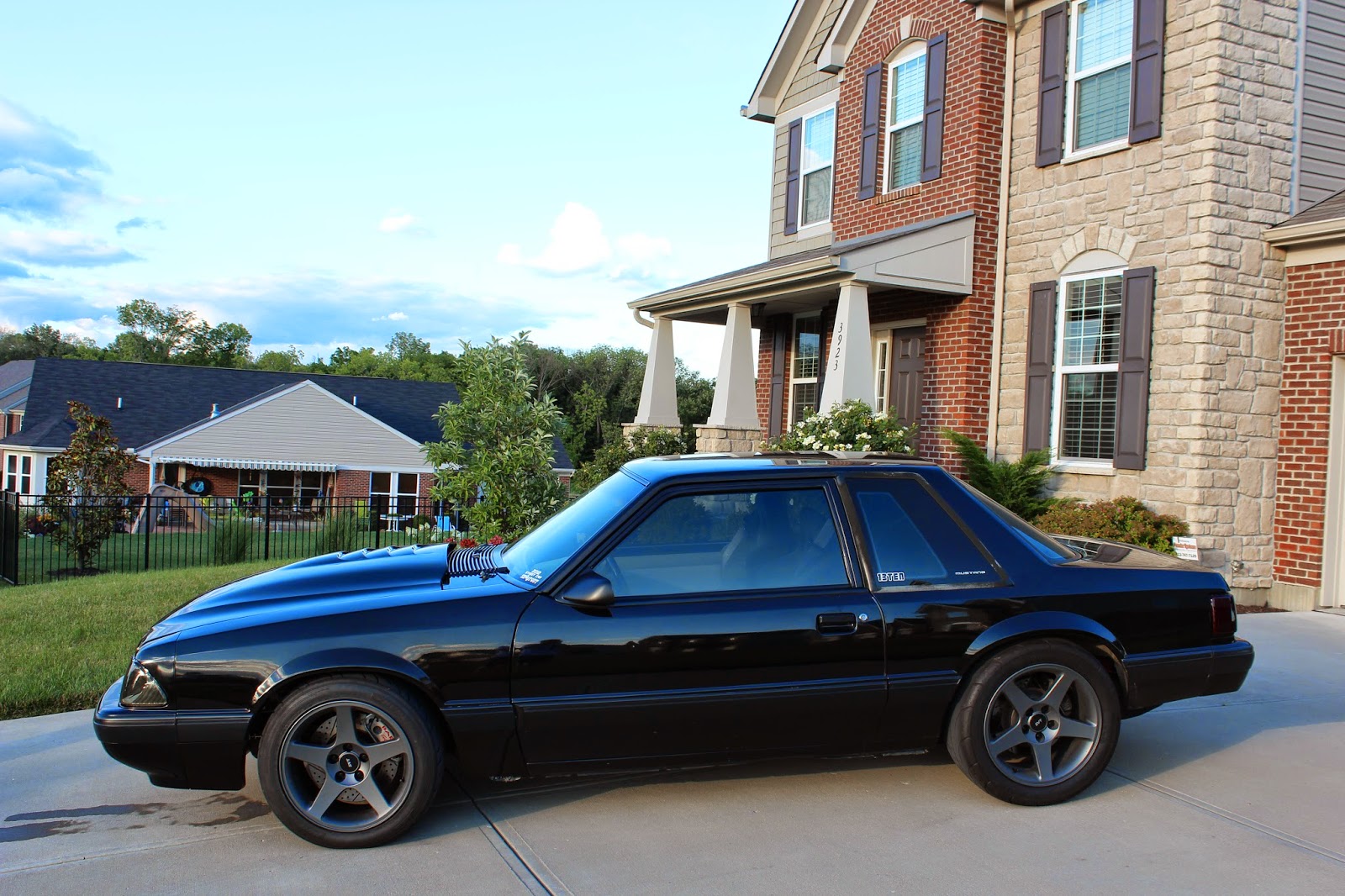 The best part about my car is that it never quit. It never said "No." Even when I ran out of gas on the highway going up an incline, the car rolled to a stop and two minutes later fired right up and drove 5 miles to a gas station. Even when I slid 100 yards on a snow covered highway and hit somebody that had stopped in the fast lane to get over to get off an exit, it still drove home. (yes, some stupid lady stopped IN THE FAST LANE to get over and off an exit on a snowy day. When I hit the person behind her, she took off. This is why I have severe road rage.) The car was always there for me and I will never forget that about my 5.0. Look above.... this car was just recently put back together after some cosmetic work and had a little pee in the driveway. All it needed was a cap to be tightened and car was fixed. Even though this motor is A LOT different from the standard 302, it's still an easy car to deal with and work on. The fox body was so simple inside and out. That's why I adore it. It wasn't about heated seats or navigation or Bose surround sound. It was built to get beat on and to beat on some Camaros. That's exactly what I did. 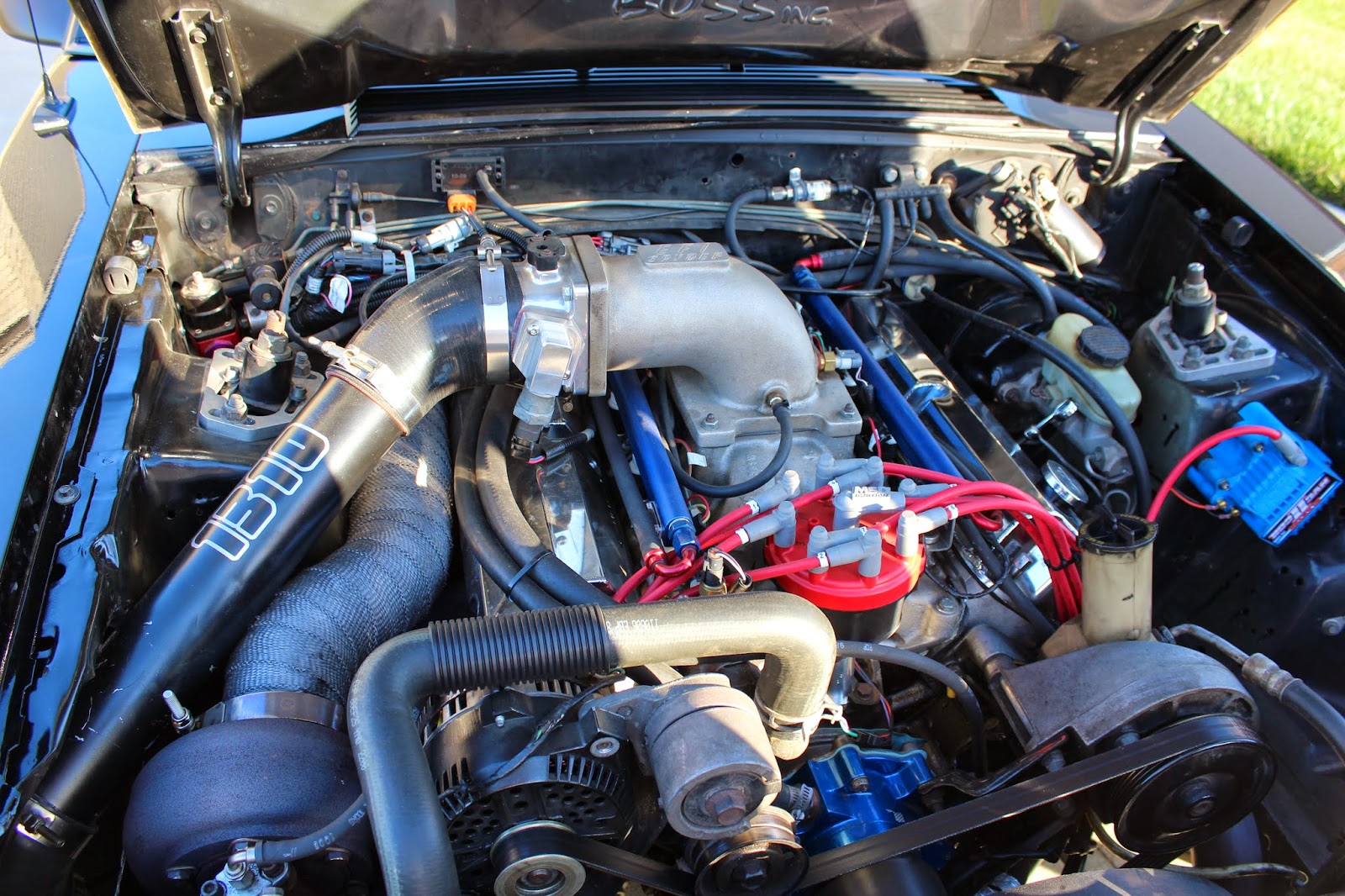 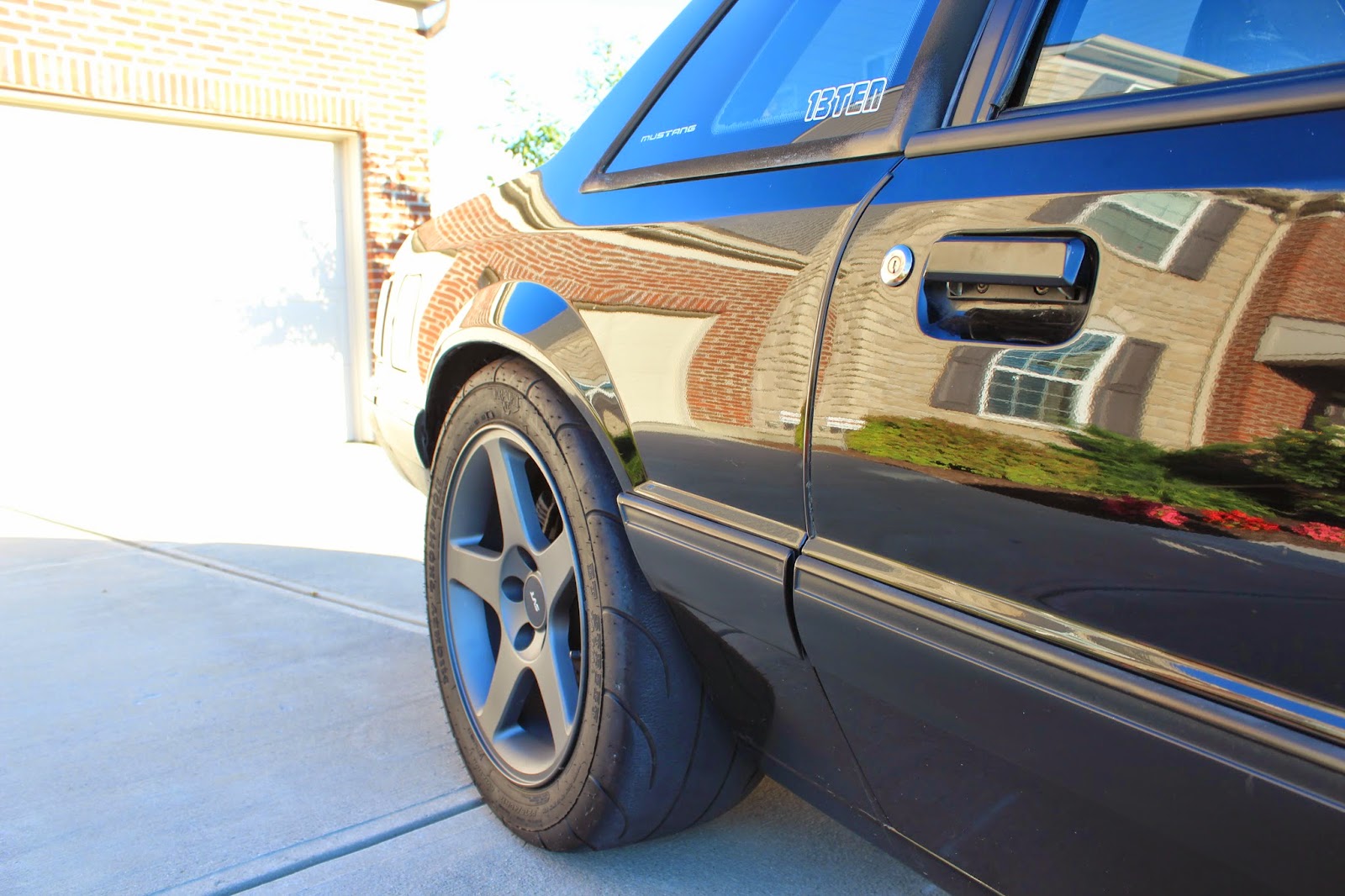 This fox body is a little different than my stock LX. First, it's a notchback. If you are a mustang fan, you know that these are the desired ones. Police used them as well. They are by far, in my opinion, one of the best looking mustangs ever built. They look like they are ready to throw down at the track. This specific one is in great shape for its age. No typical trunk rust that you always see on the fox body. Interior is in wonderful shape and clean. Everything works on it. As you can see by the engine shot, it has a turbo big enough to suck in your arm. I am told it is a small turbo for that motor but there is no lag on it which is probably a good thing considering the lack of weight on the back wheels. You don't want a huge turbo when boost kicks in brutally at higher revs unless you want to end up in a ditch or against a tree. Turbo V8s are special in my book. I love any turbo V8 out there. Back in my 5.0 days, if I had a turbo on mine, I would have been king of the streets. haha 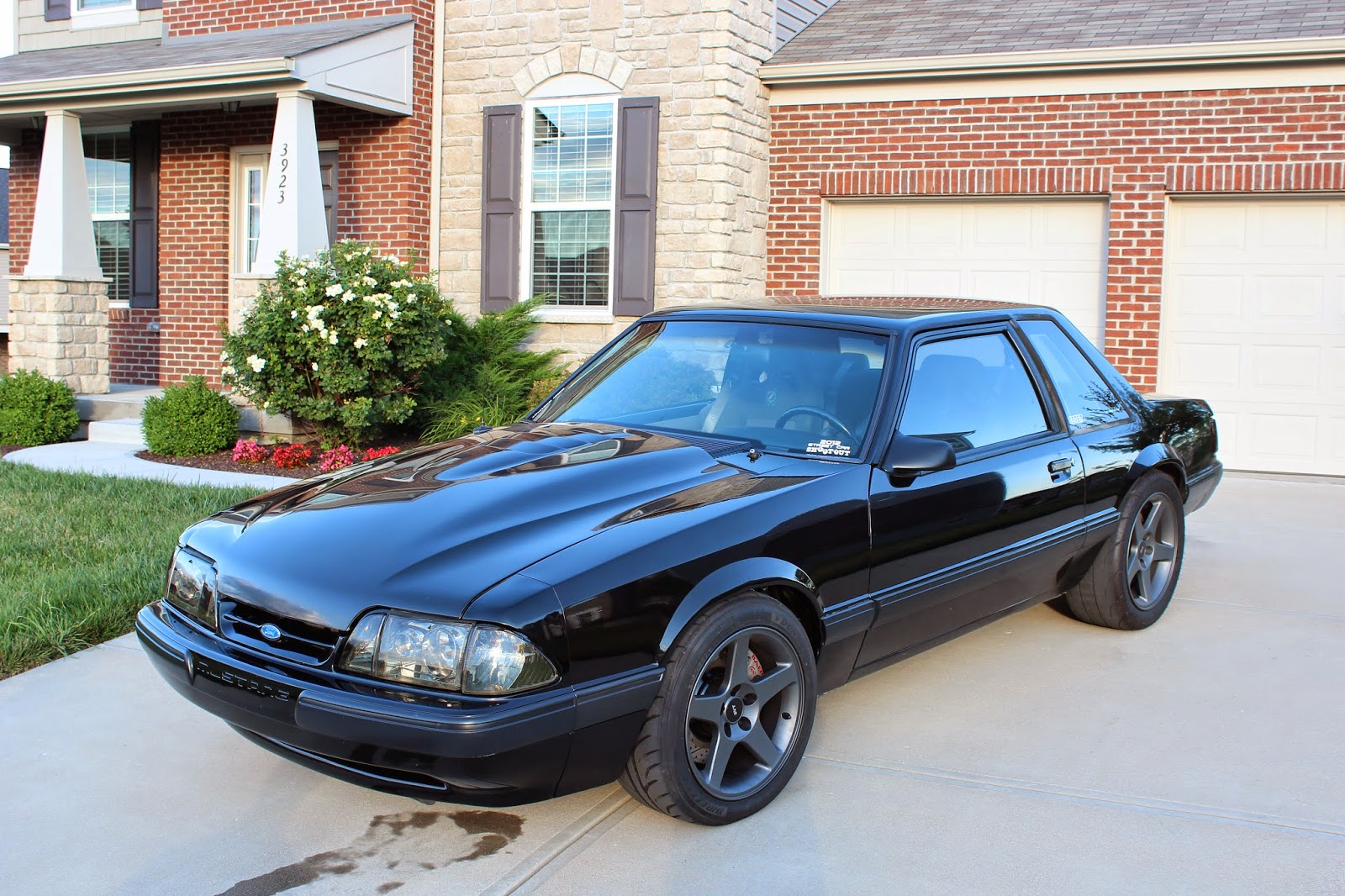 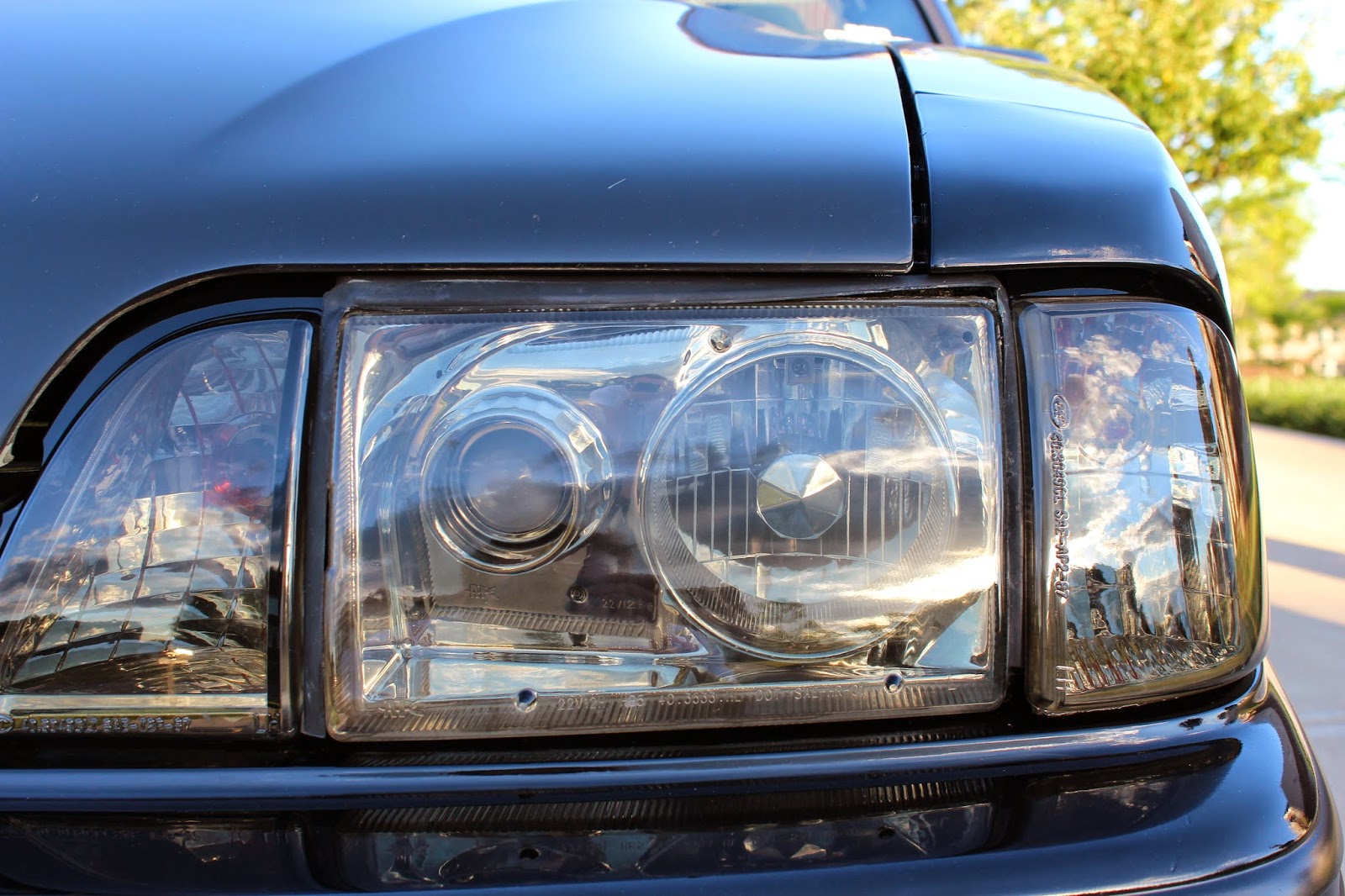 The owner asked a neighbor and I if we wanted a ride, so we hopped in, and took the old stanger out for a spin. Sitting in this car brought back so many good memories. I haven't been in a fox body since 2000 when I sold mine. It felt good being in one again. As for the drive, I live on a pretty curvy road so we could only get into boost just a bit, but as god as my witness ( and the other two people in the car) this notchback is one to not mess with. The spooling sound was glorious. That's all I can really say because it is impossible to explain. It just sounds that good. For a mustang, the car handled pretty well on top of that. My lx could never take a turn without rolling over, unless you were throwing the back end out. This car felt planted, it felt safe, it felt like it wanted to race something. With us not getting into more than half throttle, you could tell this car is insanely quick. Makes me wonder how a Twin Turbo Lamborghini with 1500 hp could even feel. Every time I feel pull like this, I wonder why somebody would need more. But more is fun. haha 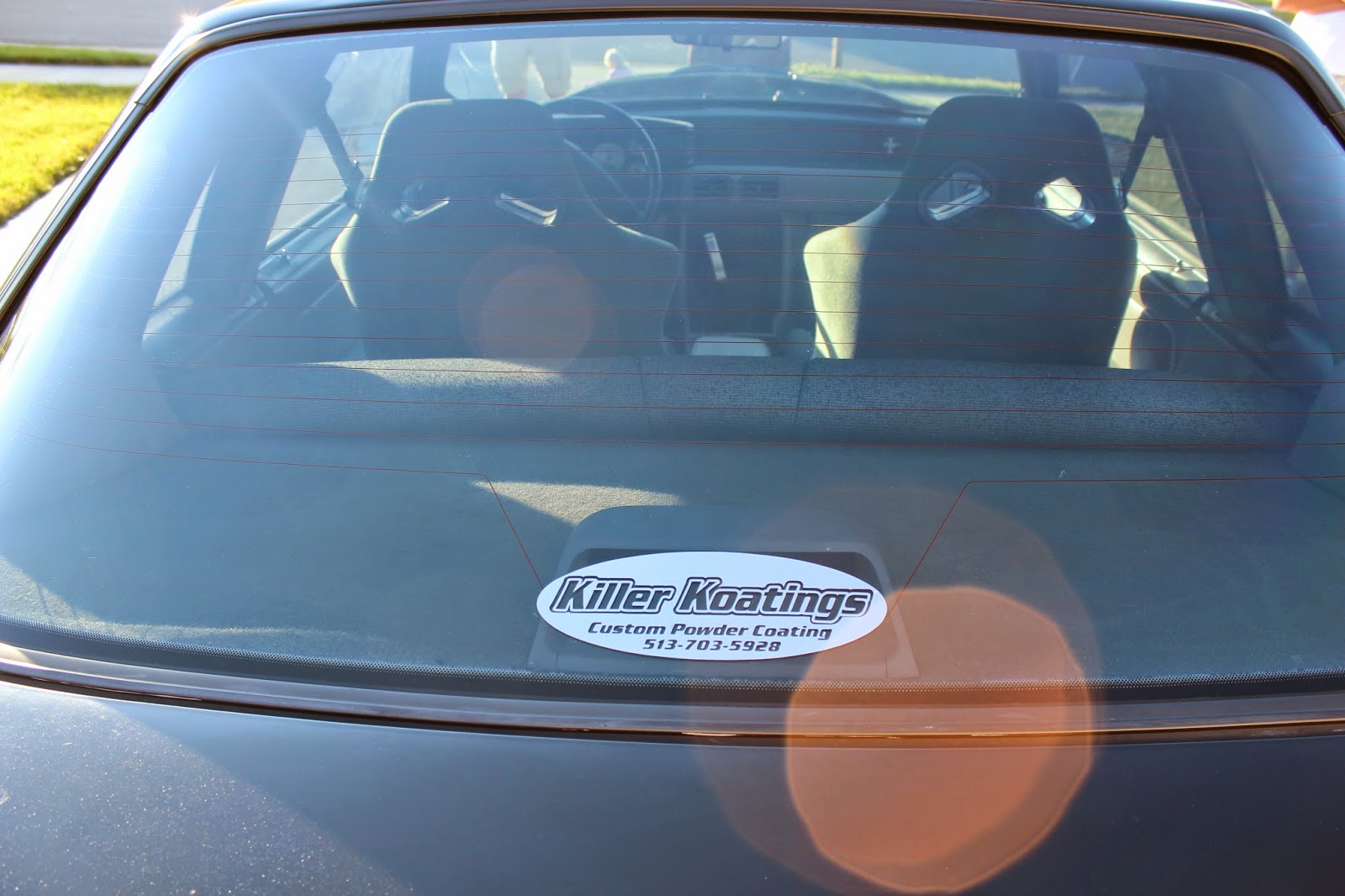 Again, thank you to the owner for bringing by and taking us for a spin. It brought me back in a sense to those times, but made me realize in the last 15 years, how much different tuned cars are now. These cars are serious. No more 10-15 horsepower gains with a new filter but more like 200-300 with turbos and e85s and etc. It is wonderful to see that the foxbody still has it! It still turns heads and I will always love it. FYI, if you are in the Cincinnati Tri State area, check out the sticker on back window and give a shout when you need some powder coating done. Tell me this doesn't look good. 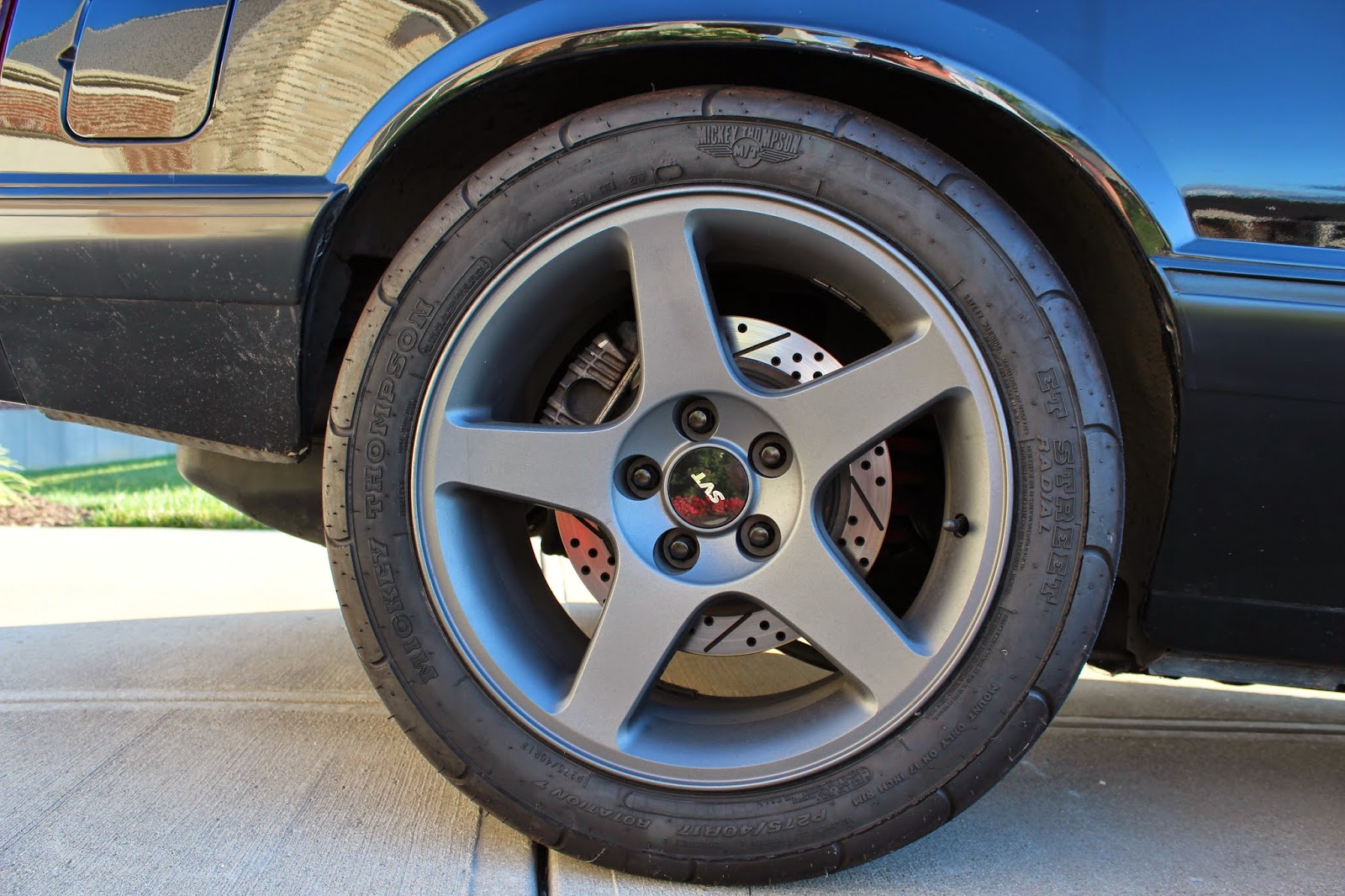 Posted by Cars In My Driveway at 7:48 AM