What In the BMW is that thing? 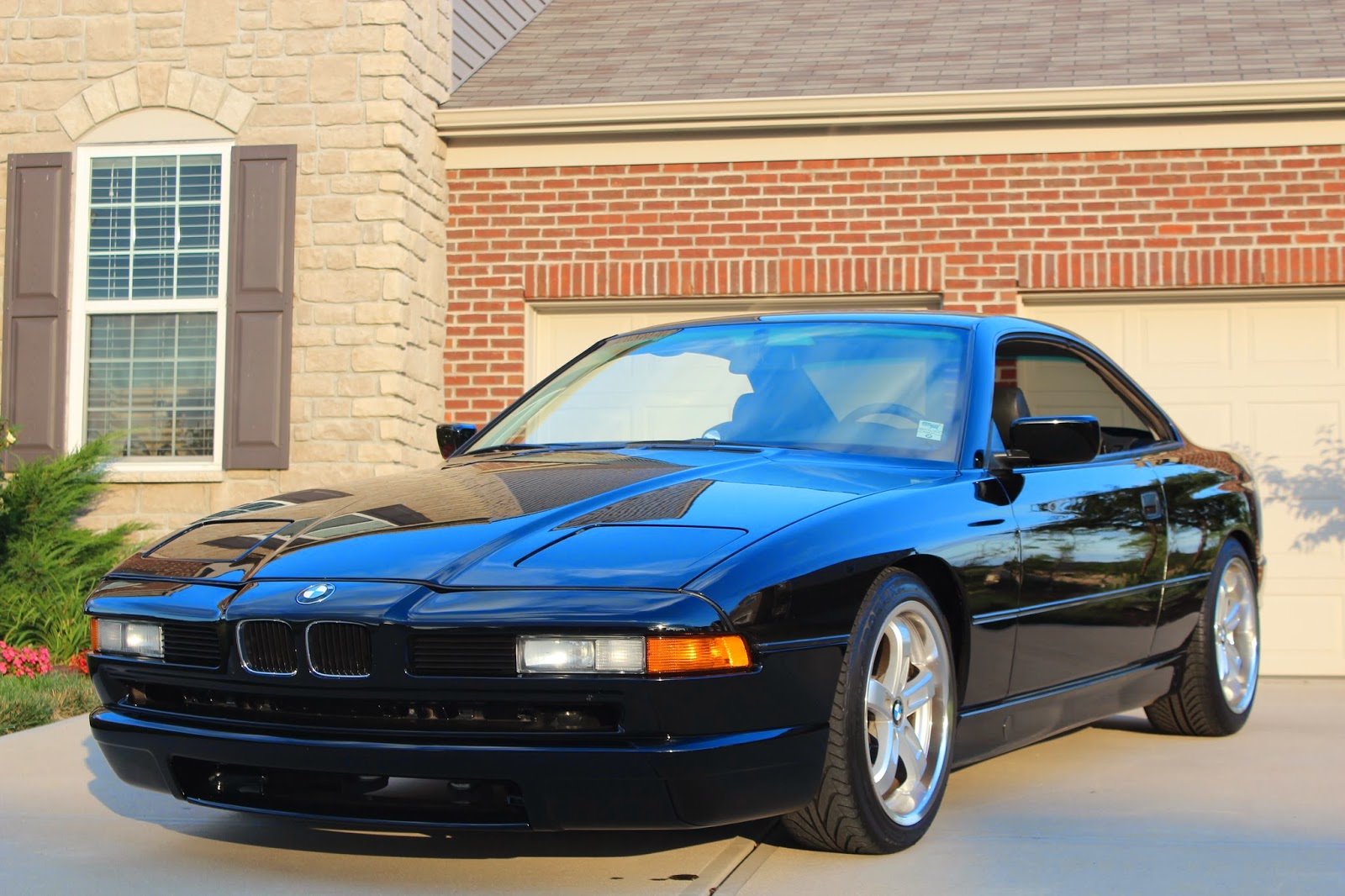 If you are like me, you have a sweet spot for odd models in a company's line up. It seems as if these odd cars are a love or hate type relationship for most. I love the R63 AMG and the Audi RS2. These are two examples of one off models. The R63 is extremely rare here with only 30 in the states and only maybe 1 or 2 RS2s here. This is also how I view the 8 series. It came out at probably one of the worst times as we were dealing with economic issues and wars. If you are in your early 20s, you most likely have no idea what an 8 series is. I know car enthusiasts that don't even know what an 8 series is. That's why I love it. I personally see the 8 series as a secret model that when you see one, deep down you feel good knowing that you know that car is special and nobody else does. I could tell people I just saw an 8 series and they would say, "good for you!" In my head I am saying, "dang, I just saw a 8 series....It's gonna be a good day!" Think of it as a secret society if you will. 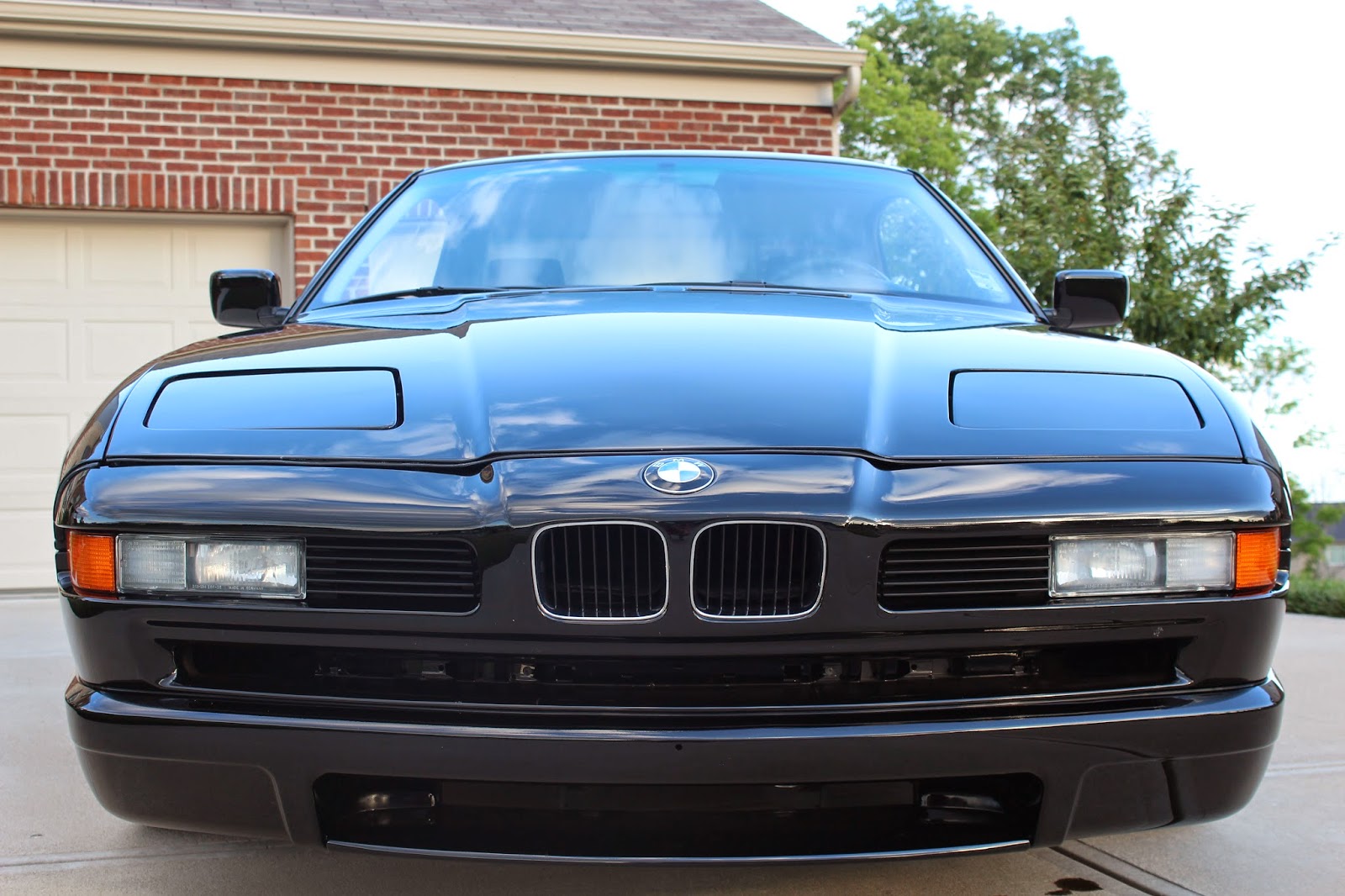 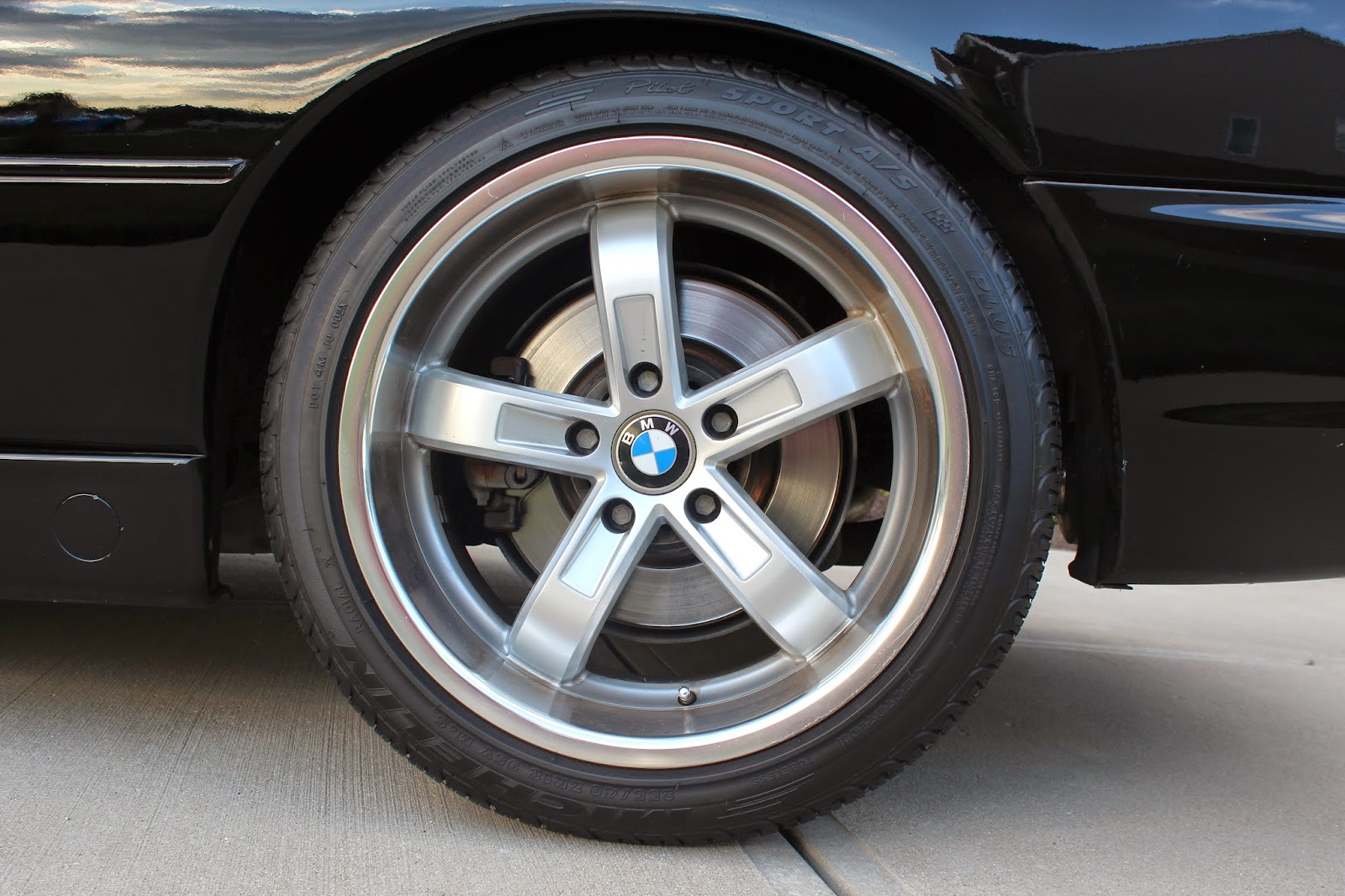 I always read about BMW's in magazines back in the day but never really thought much of them to be honest. I think I was still in my "exotic car or nothing stage." That all changed with one movie. This movie in a way, is just like the 8 series. Not many people have seen it but it has an All-Star cast to it. Put Demi Moore, Dan Aykroyd, Chevy Chase, John Candy, and Digital Underground in a movie and what do you get? Nothing But Trouble!  This movie was great. Had a unique story to it but you always enjoyed watching it. In there, Chevy Chase drives a BMW 733i. It was a unique car at the time and they made it out to be a wicked car in the few scenes it was in. After that movie, I had a soft spot in my heart for old school BMWs, with the 8 series probably being my favorite. Here is a link for one of the car scenes in the movie. https://www.youtube.com/watch?v=hEdapTxsKxo There is a naughty word or two in there so be careful. If that scene doesn't make you want that car, then you won't understand this blog today. 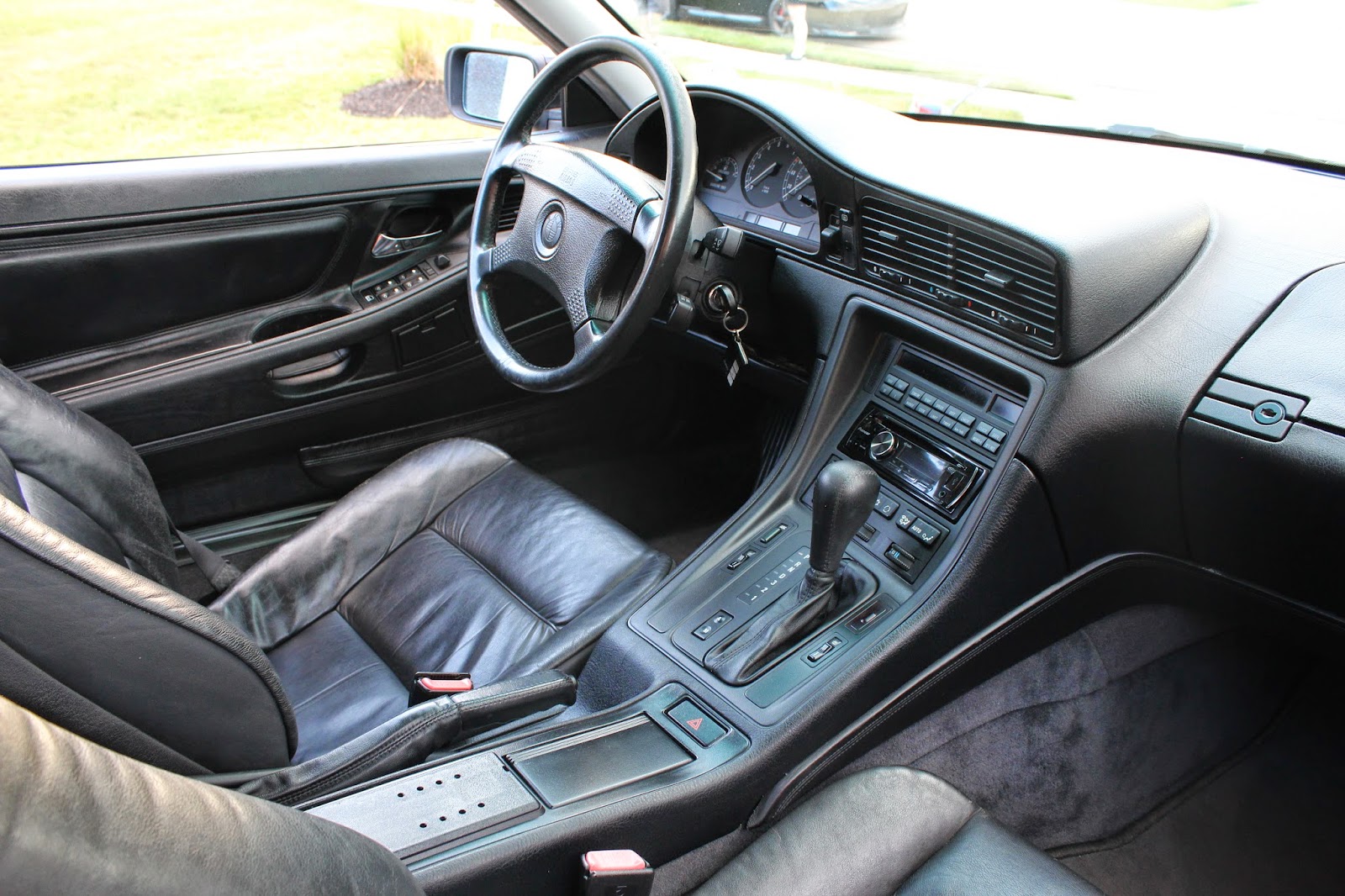 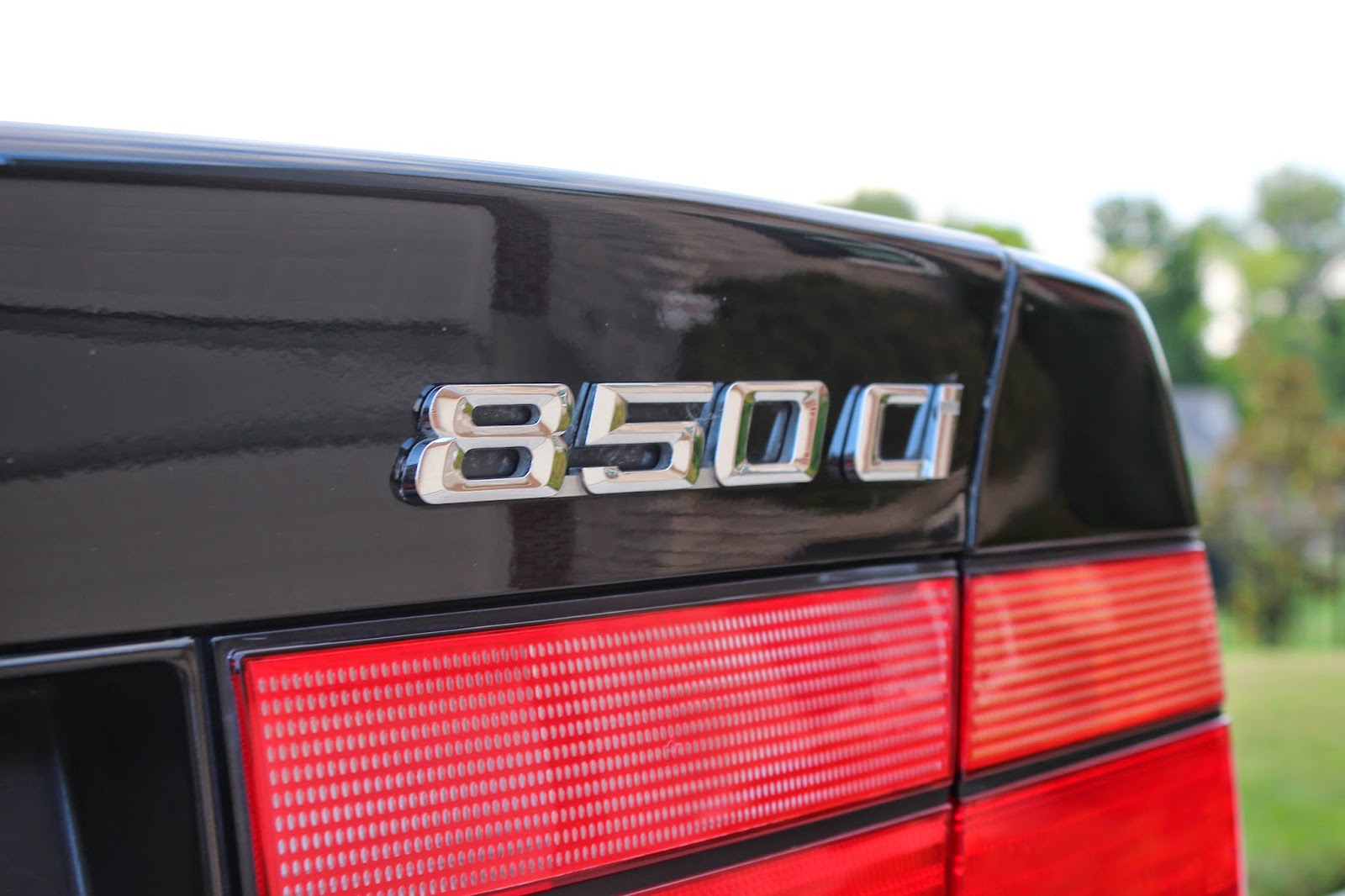 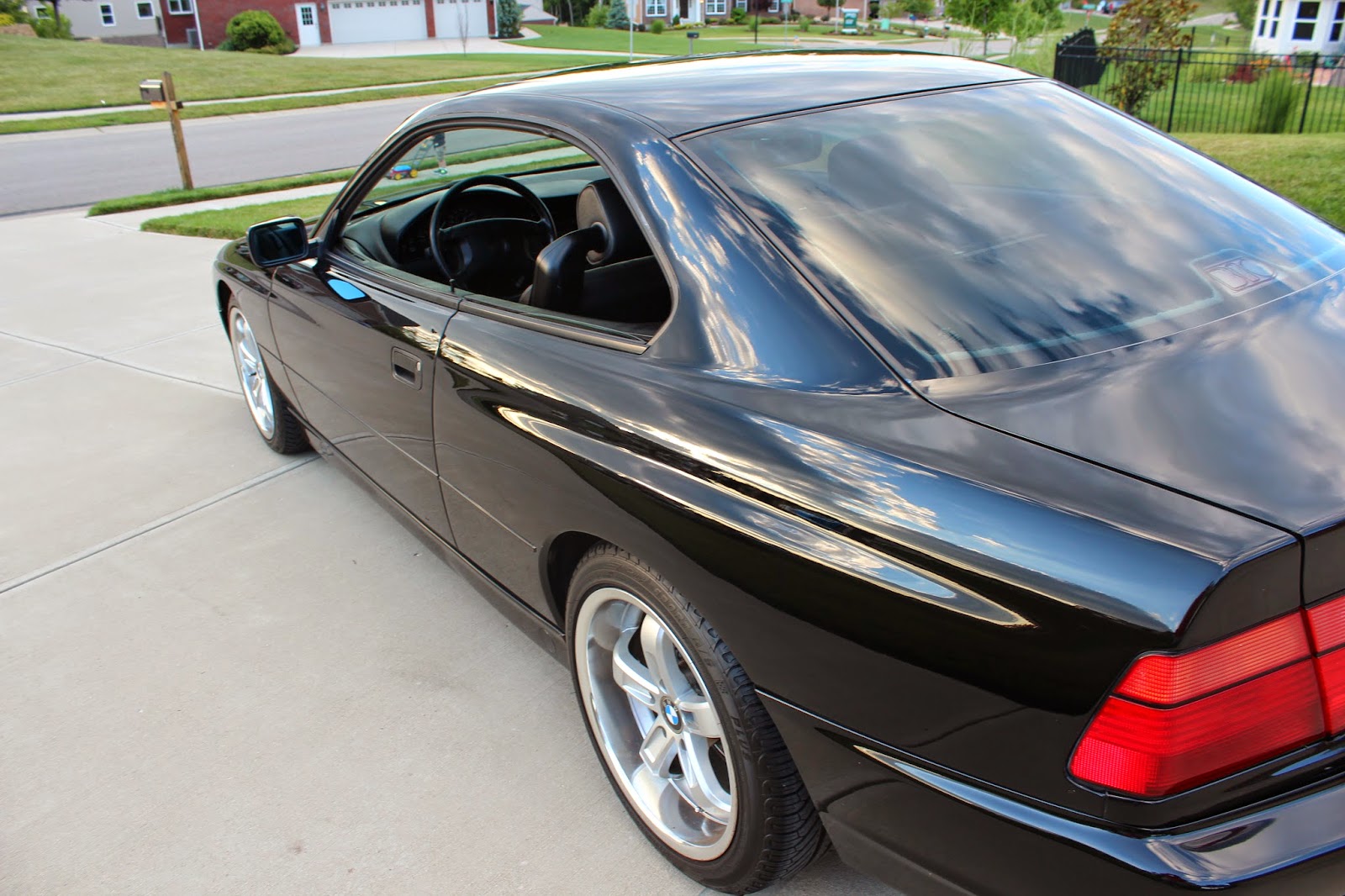 Let's slow down and take a look at this car and why it's so awesome. I'm going to outline this out a bit.......

A. Body
1. It is a long, GT car with a very unique front end.
2. The squaring rear fender flares of this generation always made me drool.
3. The open window with no pillar made this car seem bigger than it was.

C. Overall
1. Heated seats back then made you have "Pimp Status."
2. A GT car that was early for its time. This is straight up a cruising in comfort car.
3. Owning this car meant you were rich.... very rich. 70k in early 90s was a lot of money.


Hope you enjoyed my outline. I was never really good at those in school, but I tried my best. 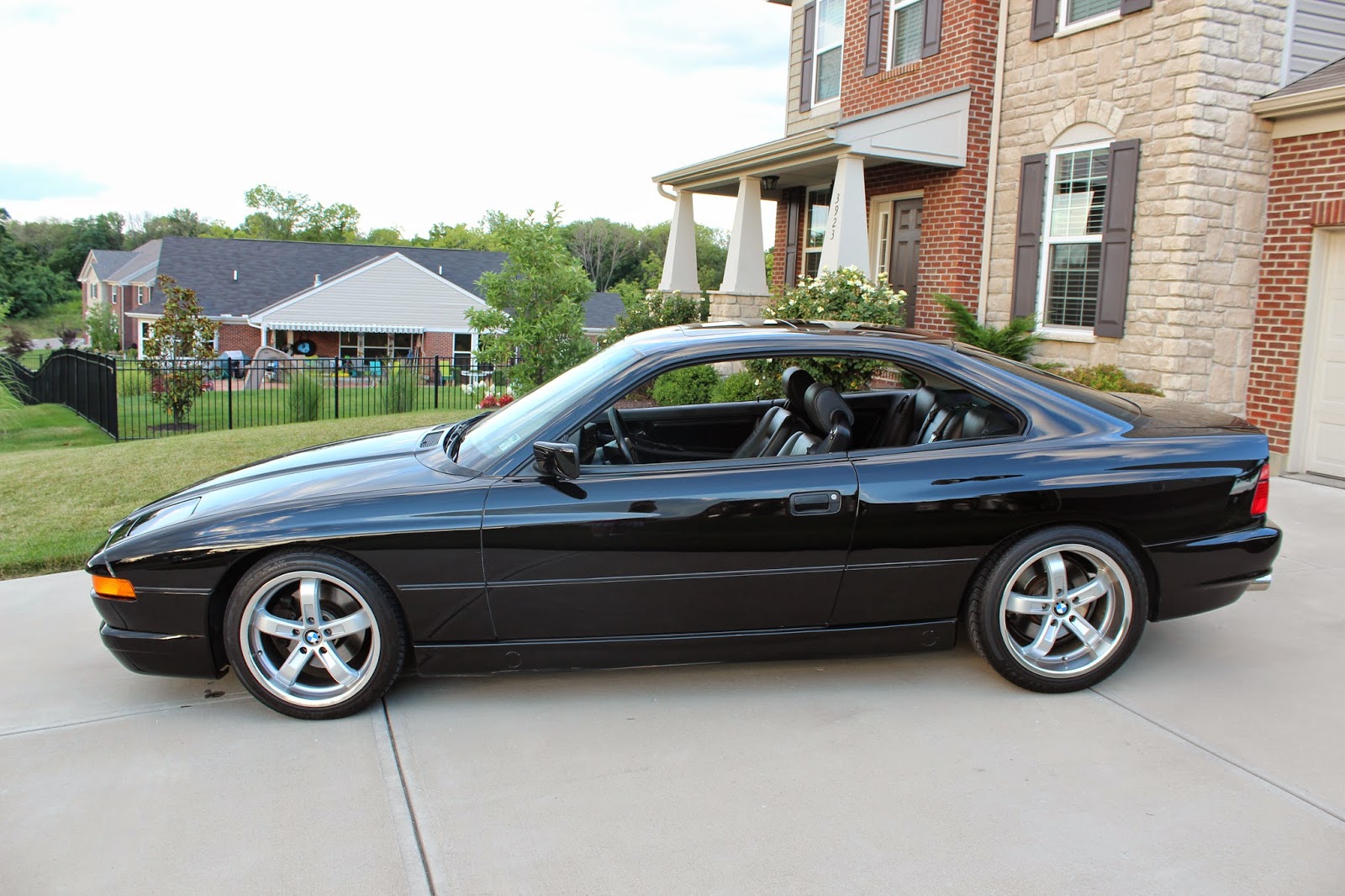 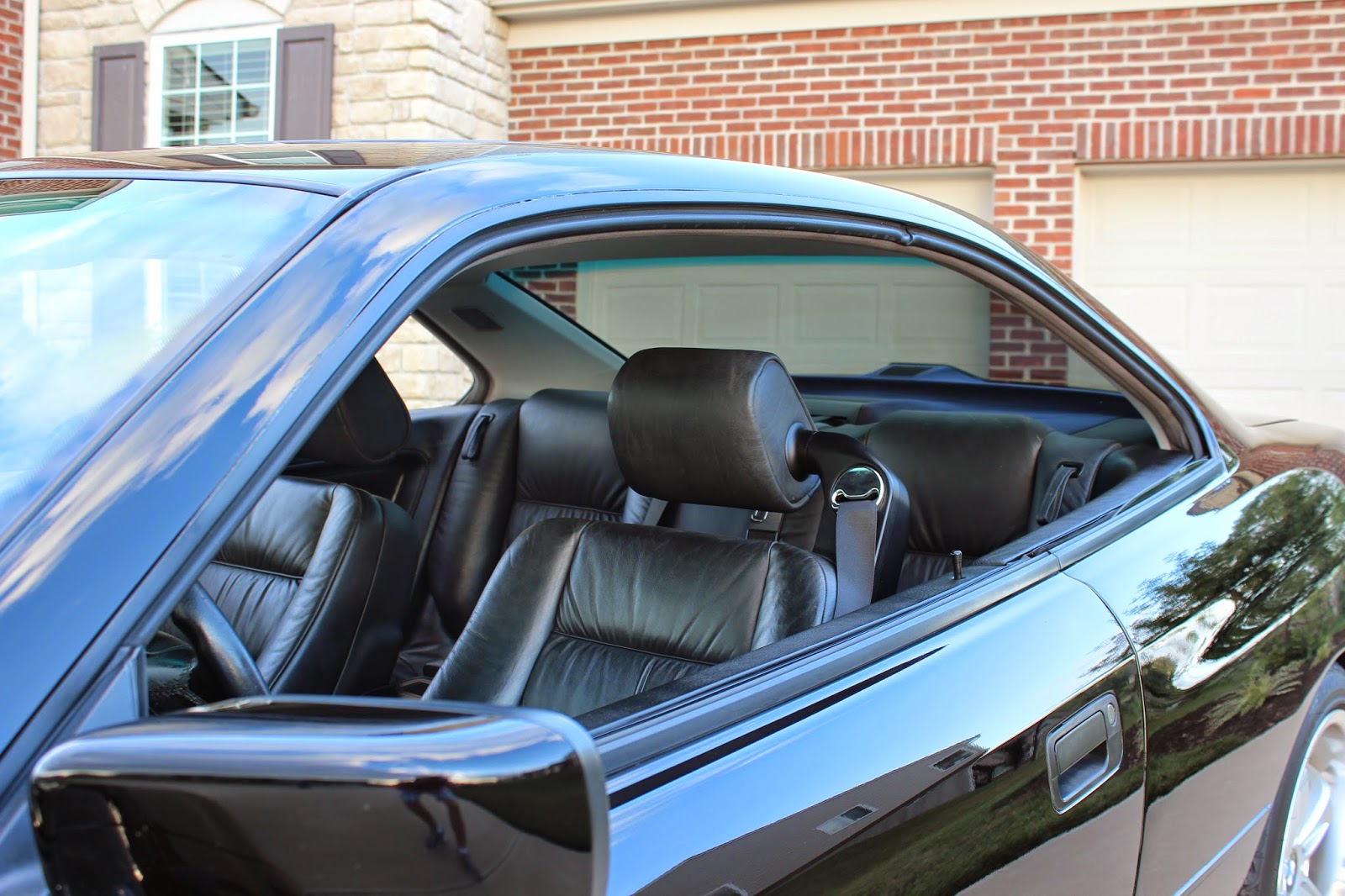 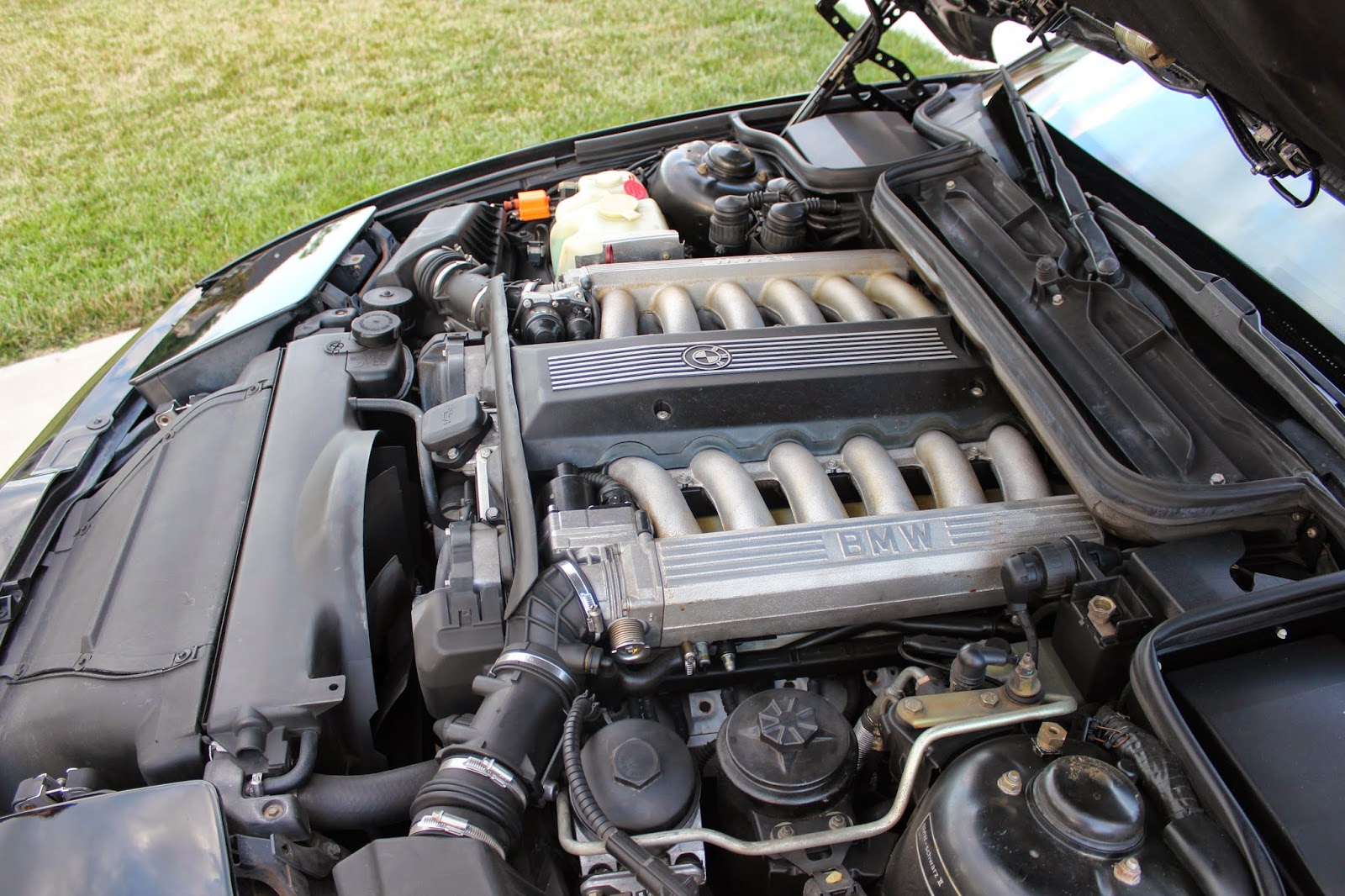 Out of all the things right with the 8 series, one of my favorite parts of it is the pop up headlights. I believe the pop up headlights generation was the last generation of drivers cars. There were no drivers aids and basically the car performed by how you drove it, not by a computer. I know what the younger generation will say....."well my turbo Neon will smoke that thing!"  That is true. Obviously cars now will be a lot faster and have a lot more features. My Audi A6 has a smaller engine and makes more power, that's called progress. That stuff doesn't matter though. Who cares if your car is faster or has twice as many features? This car has a specific history to it and will always be special, and you can't take that away from it. Not many cars in our generation can have the presence that this car had and still has. 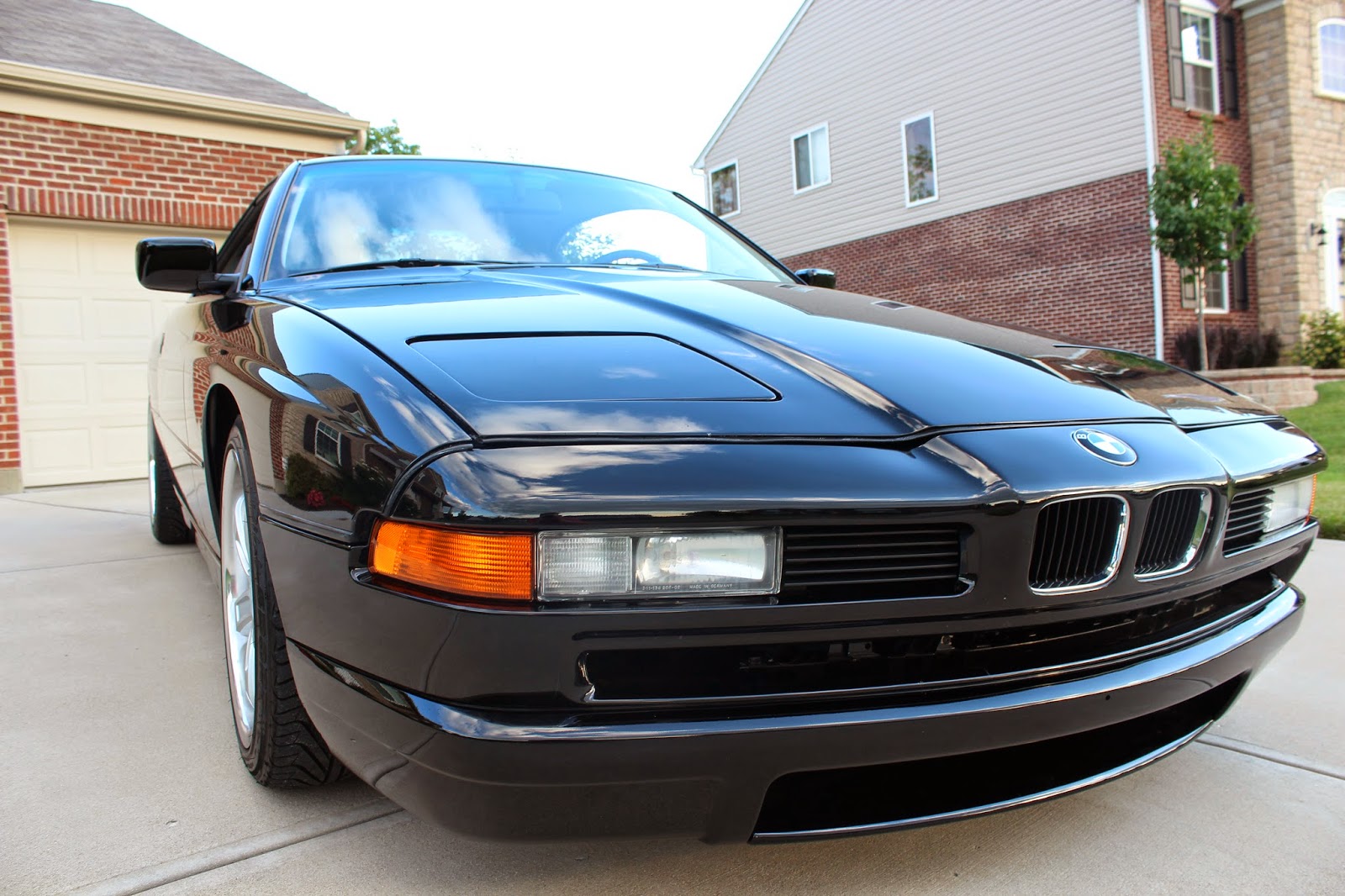 Thanks to the owner, handsome Rob, for bringing this over. (name that movie reference) This 93 example is cleaner than most cars that are only a year old. It is extremely well taken care of and we all need to thank people like him for keeping these works of art on the road. Also a special thanks goes out to him for bringing over a few others for pics which you will see in the next few weeks. It's great knowing that people enjoy this blog and are excited to see the next episode so they bring friends over to shoot pics. That's a true fan. I am sad that I am putting this write up out in the open as I want to keep the story of the 8 series secret like we talked about earlier, but it had to be done. This car will always hold a spot in my heart and hope more owners will keep them in tip top shape.


I am going to end this with a Jerry Springer final thought.

"They don't make movies like they used to anymore. CGI has taken over and comedy seems to be unoriginal. Same with the automotive industry. Cars are a lot faster now but they don't make them like they did 30 years ago. Most don't have any soul. Even the Kia Soul doesn't have soul. Of course we all like the new cars and the new movies, but nothing beats going back to the roots. Driving an 8 series has to be one of the more rewarding drives to bring you back to a time when automotive and movie companies took a chance."


I'll leave you with one of the greatest scenes in the movie. Enjoy
https://www.youtube.com/watch?v=jGVZISx-oWs

Posted by Cars In My Driveway at 4:21 PM