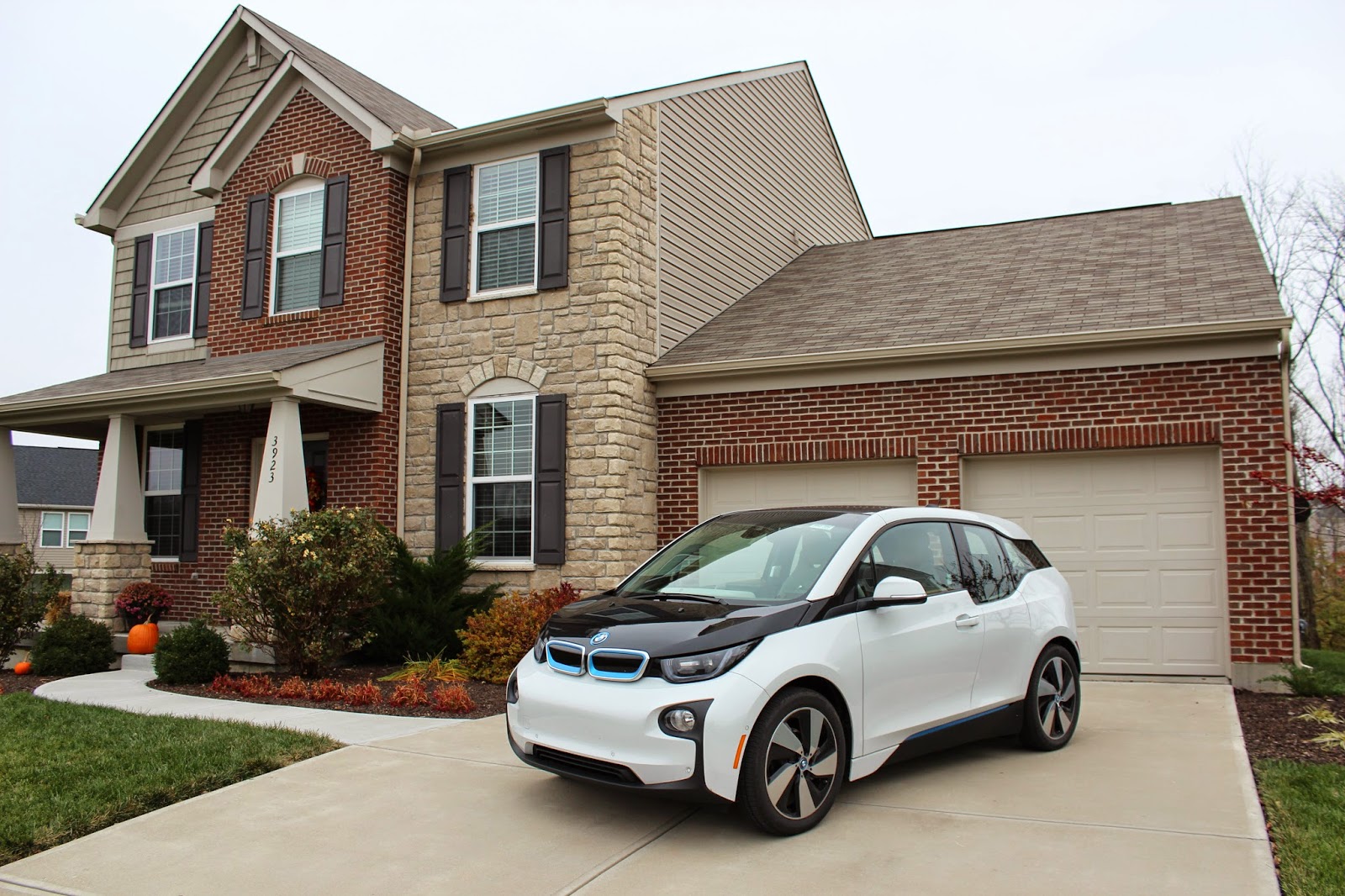 Few months back, I was given the opportunity to take this little guy out for a weekend to test. Then winter came, and work got busy, and things prevented me from getting this typed up. As you probably know, winter season on this page is quiet. Not many nice cars wanting to stop over when the city dumps 45 pounds of salt per foot on the roads. It's so bad, at a stop light the other day, a group of deer came up to my car licking it thinking it was a salt lick. So just an FYI, winter on this page will be......few and far between. 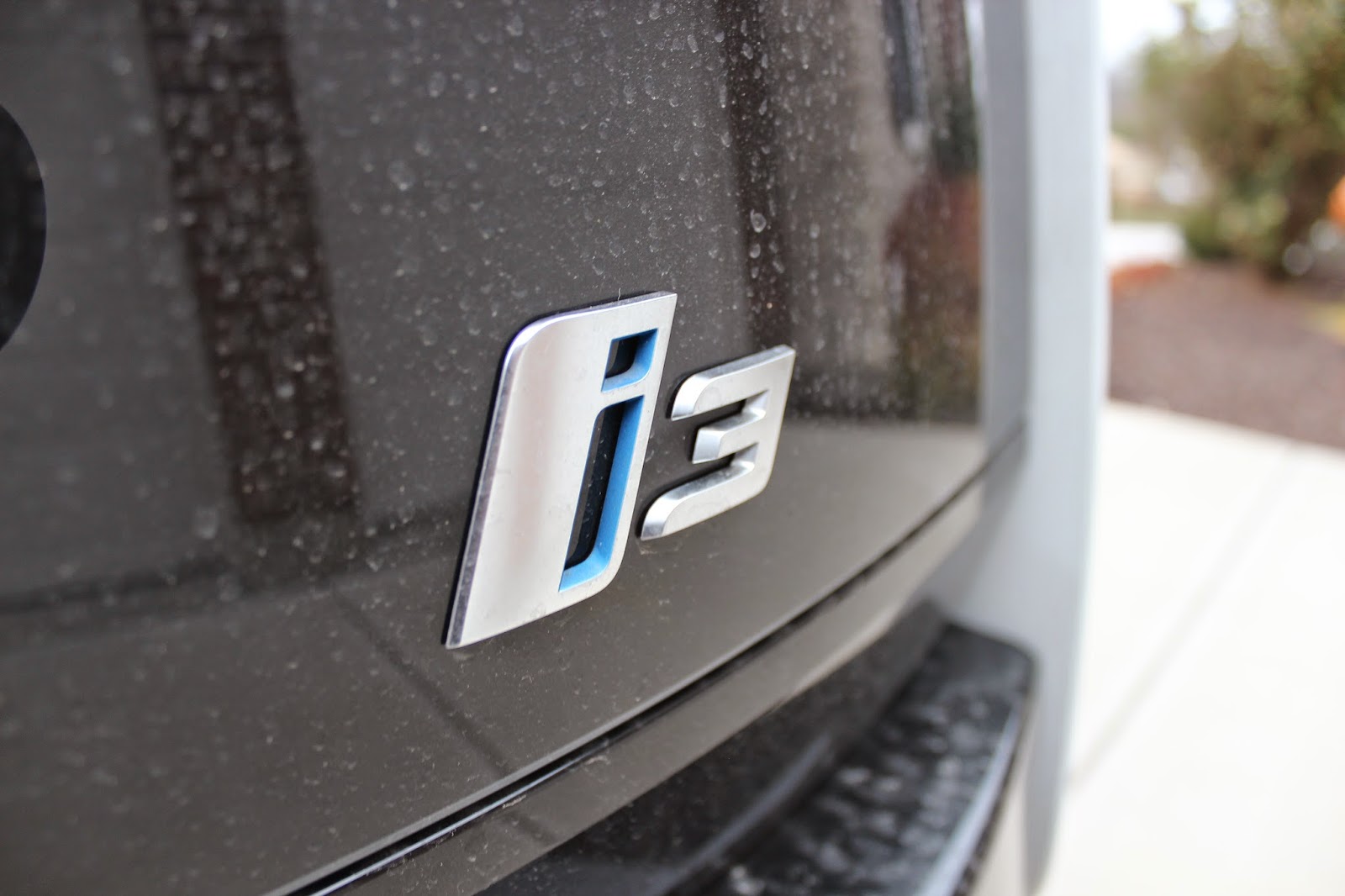 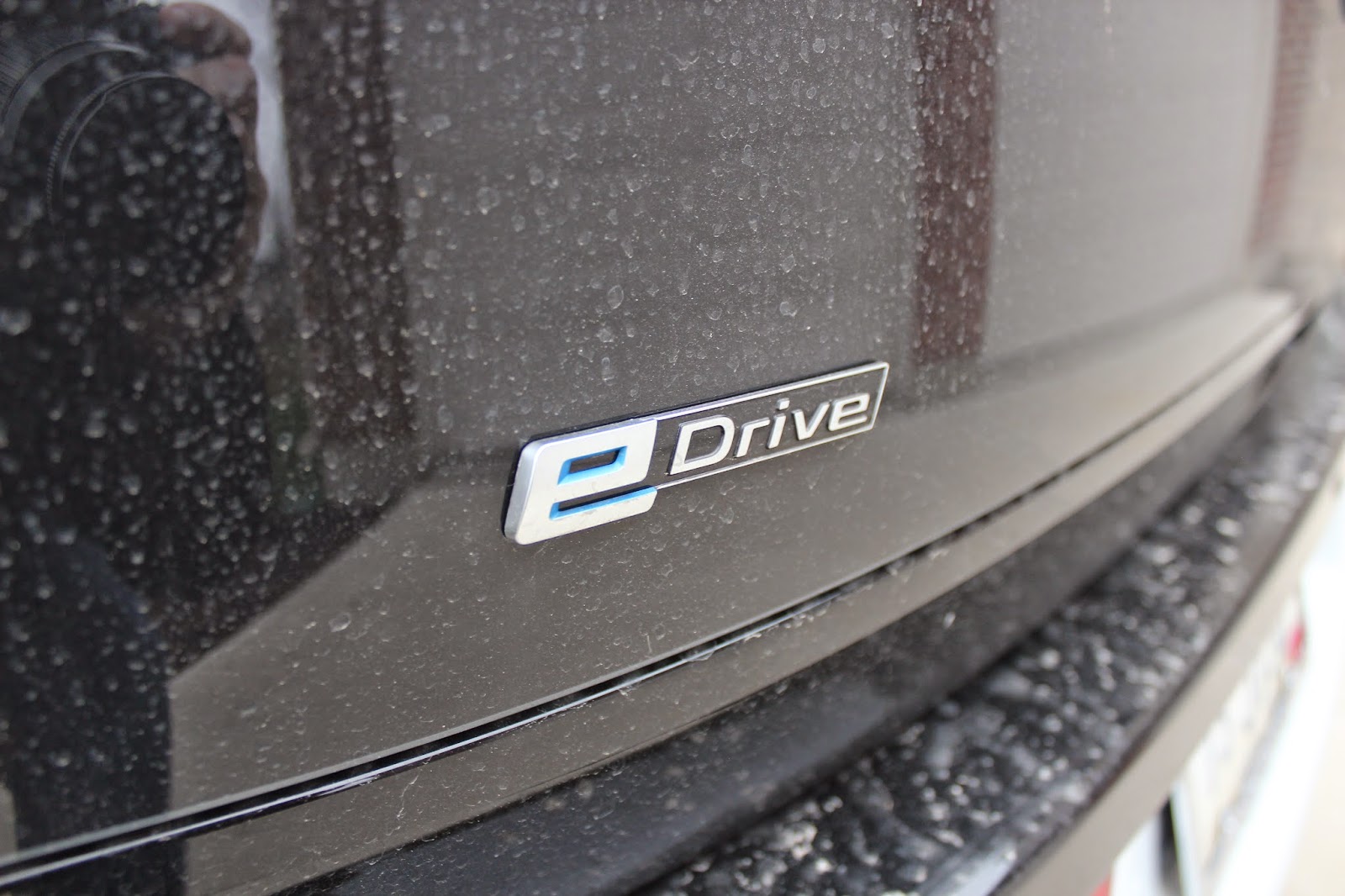 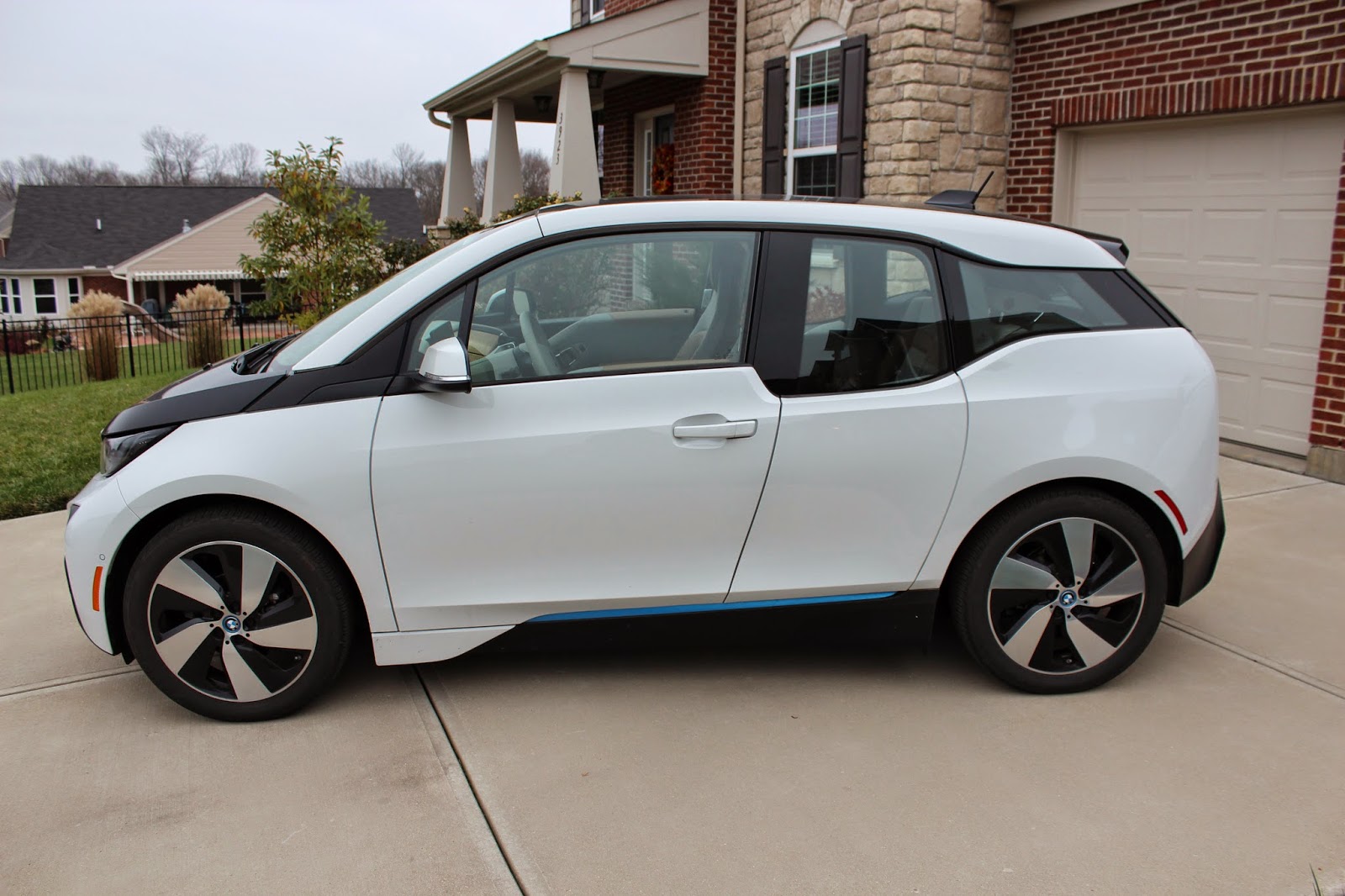 PS, Sorry for the dirty pictures.


Meet the BMW i3. A car I was hoping would never happen. An all electric BMW. Sounds weird. I am one of the guys that fears when the combustion engine will be a distant memory, but after doing the hybrid Fusion last write up, I started to see the theory. I was really worried, that this would end up being the next Prius. A boring, bland, car just designed for MPGs. I was actually looking for justification on why I won't buy an electric car until I have to, even though I know these cars have come a long way the last 20 years. I was in for a rude awakening. This car was like nothing I have ever driven before. 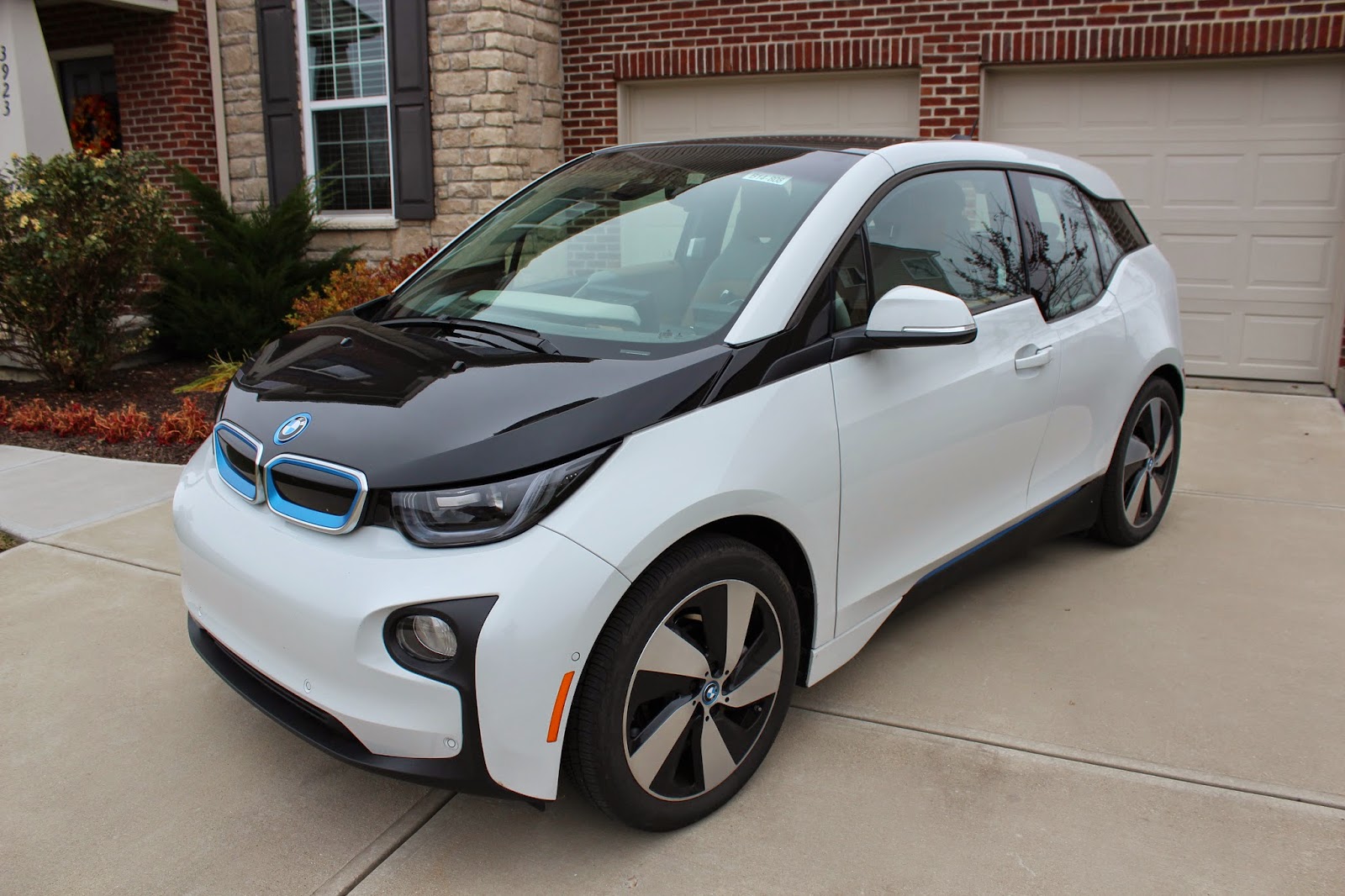 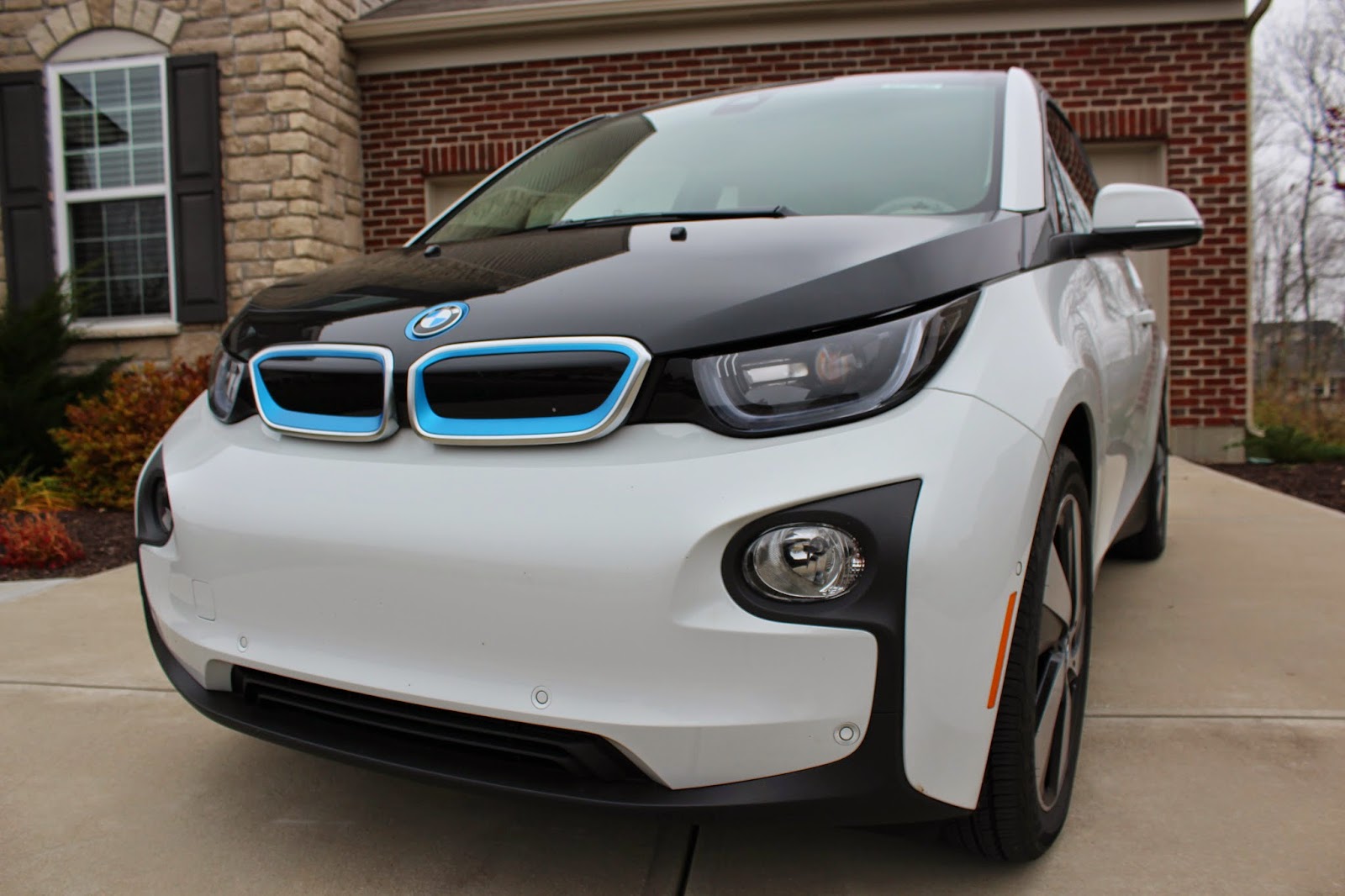 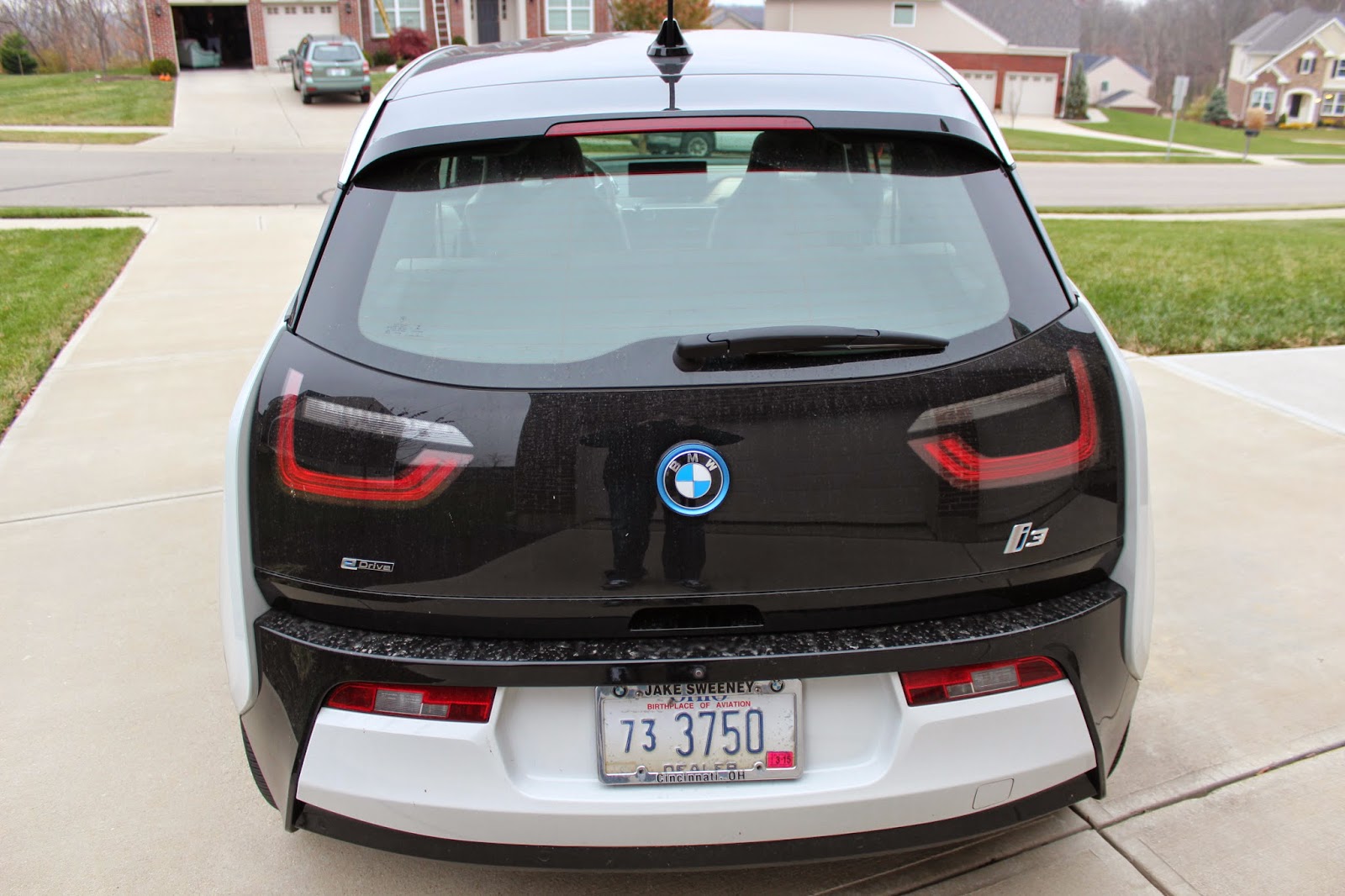 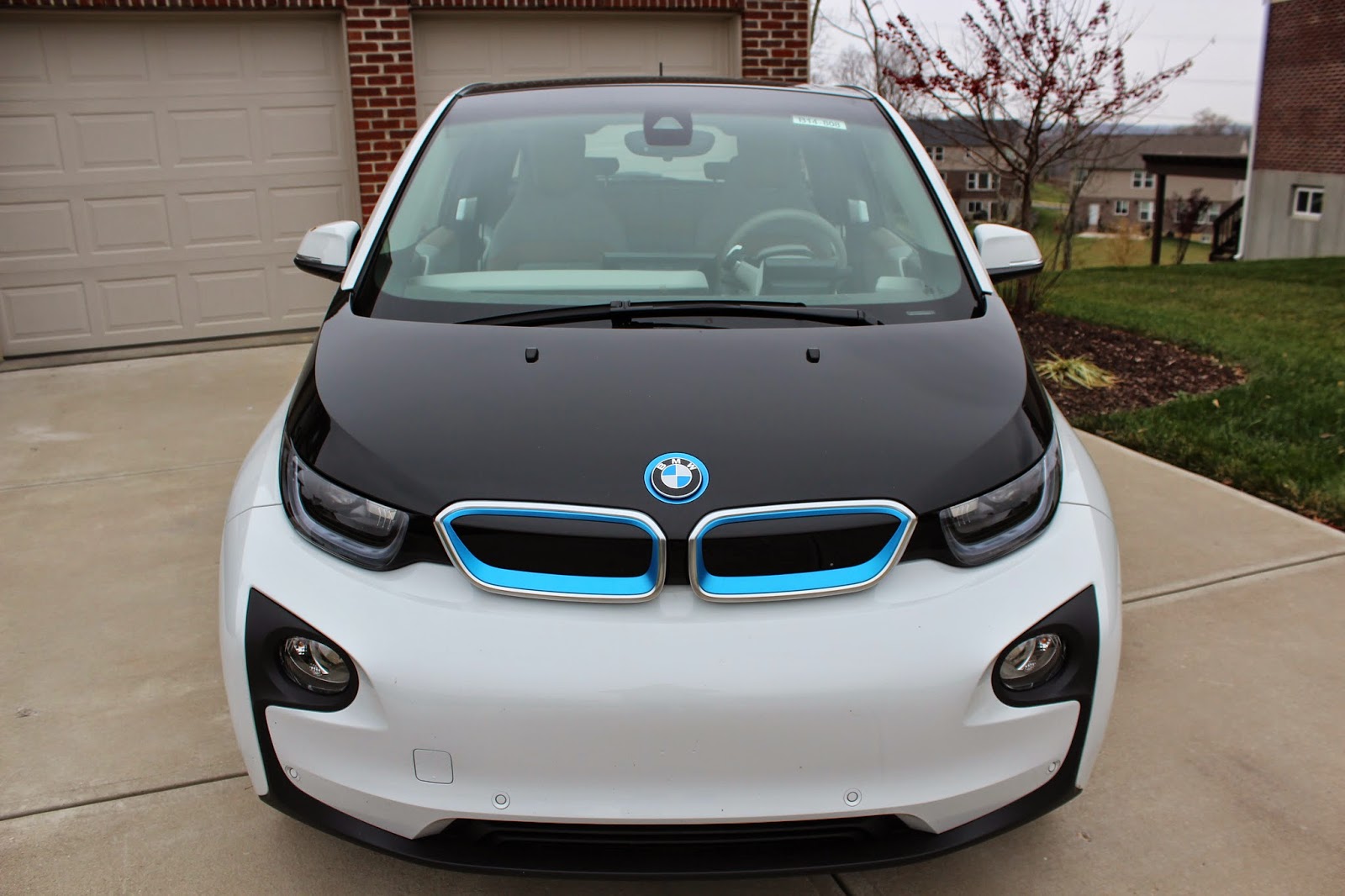 Let's start with the looks. At first glance, everyone I showed this car to said the same thing. Ewww. That is your first reaction I bet. From the side, that is my reaction still. Something about the windows being different on the front and rear door throws me off. The front on the other hand, I think looks pretty neat. It has that futuristic look that you would see in movies 25 years ago on what cars of the future would look like. There is something about it that makes it look...... fluffy? Cute? Fast maybe?  I don't know how to explain it. You just want to hug it, if that makes any sense. 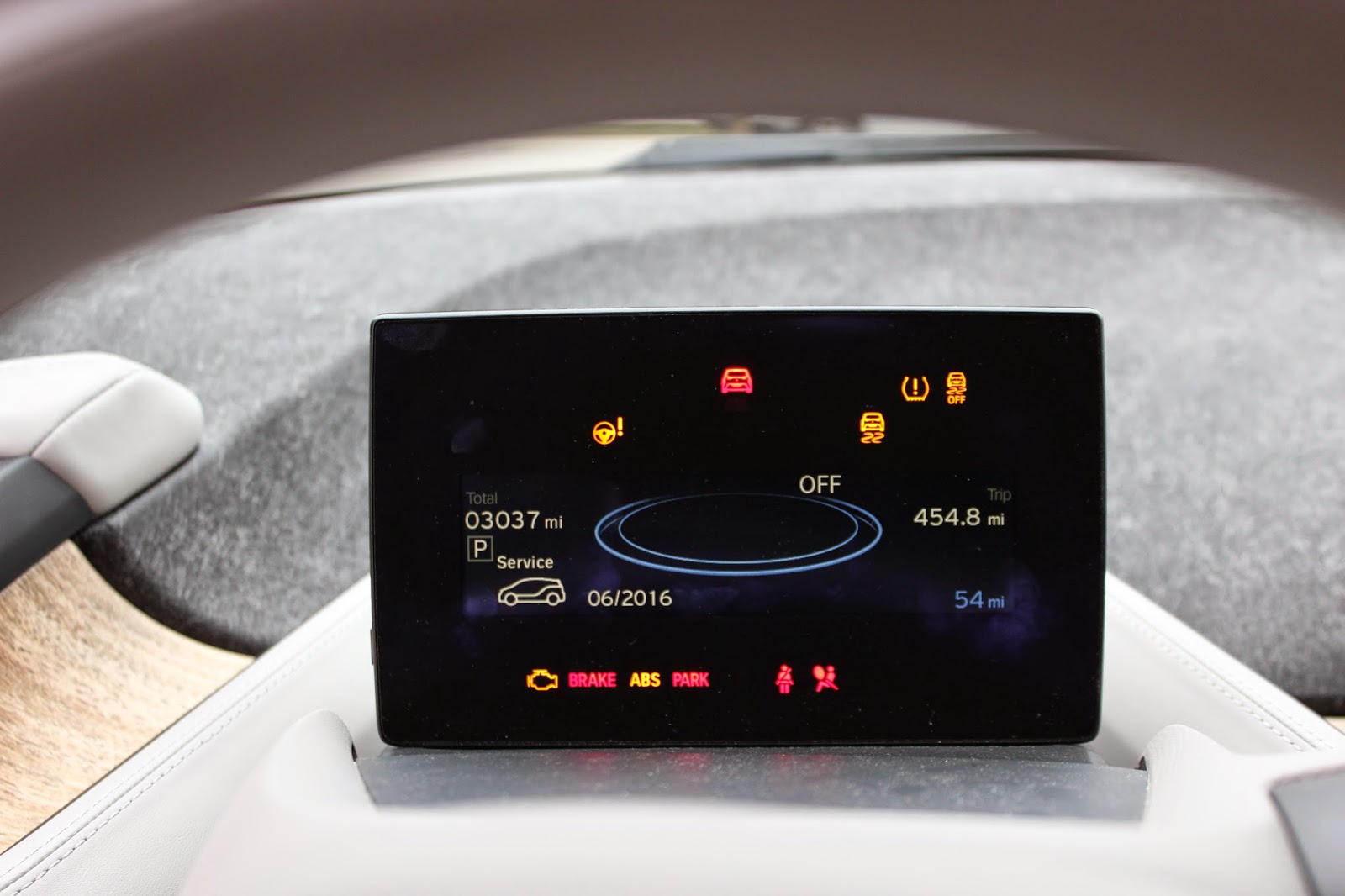 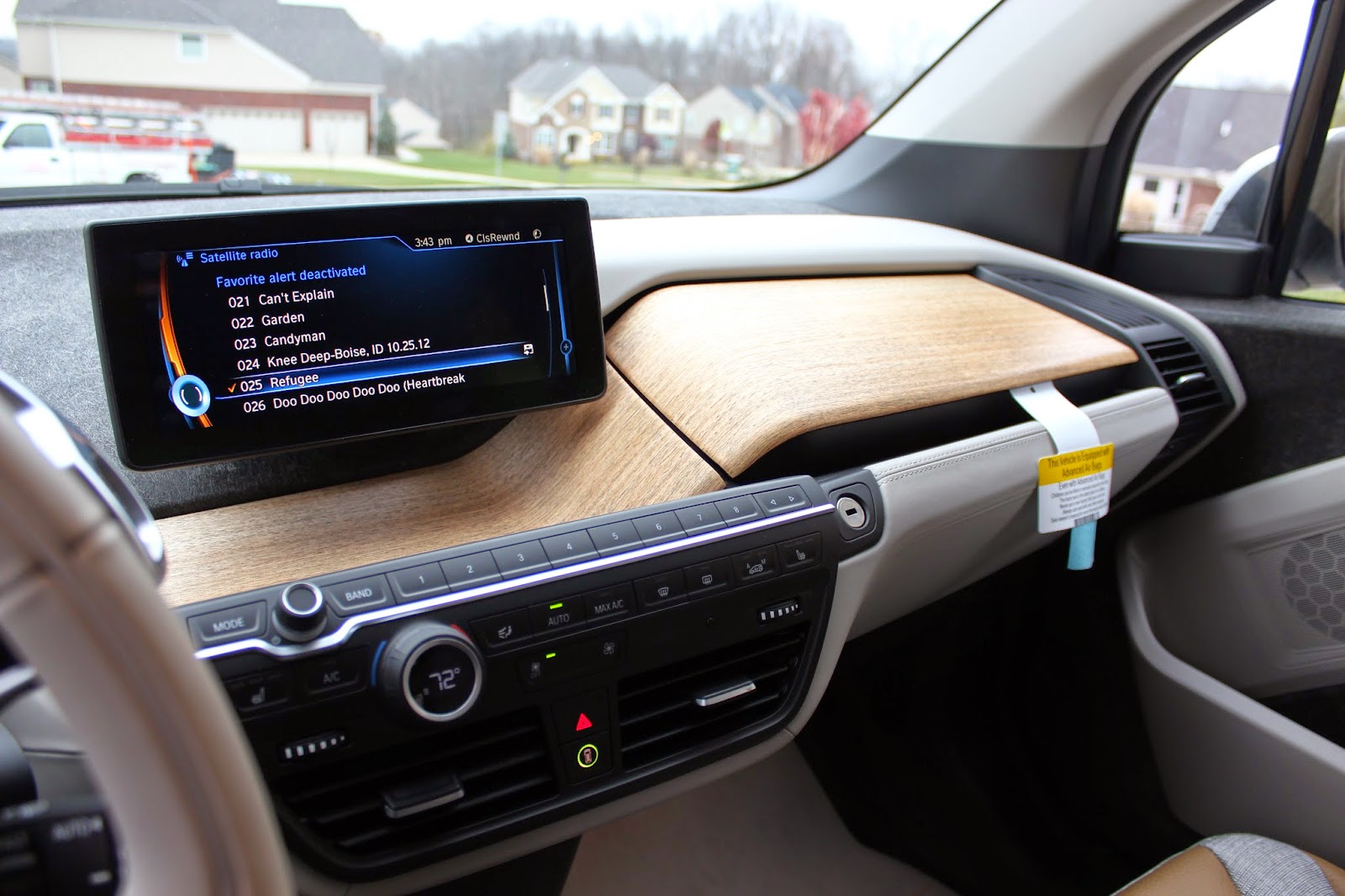 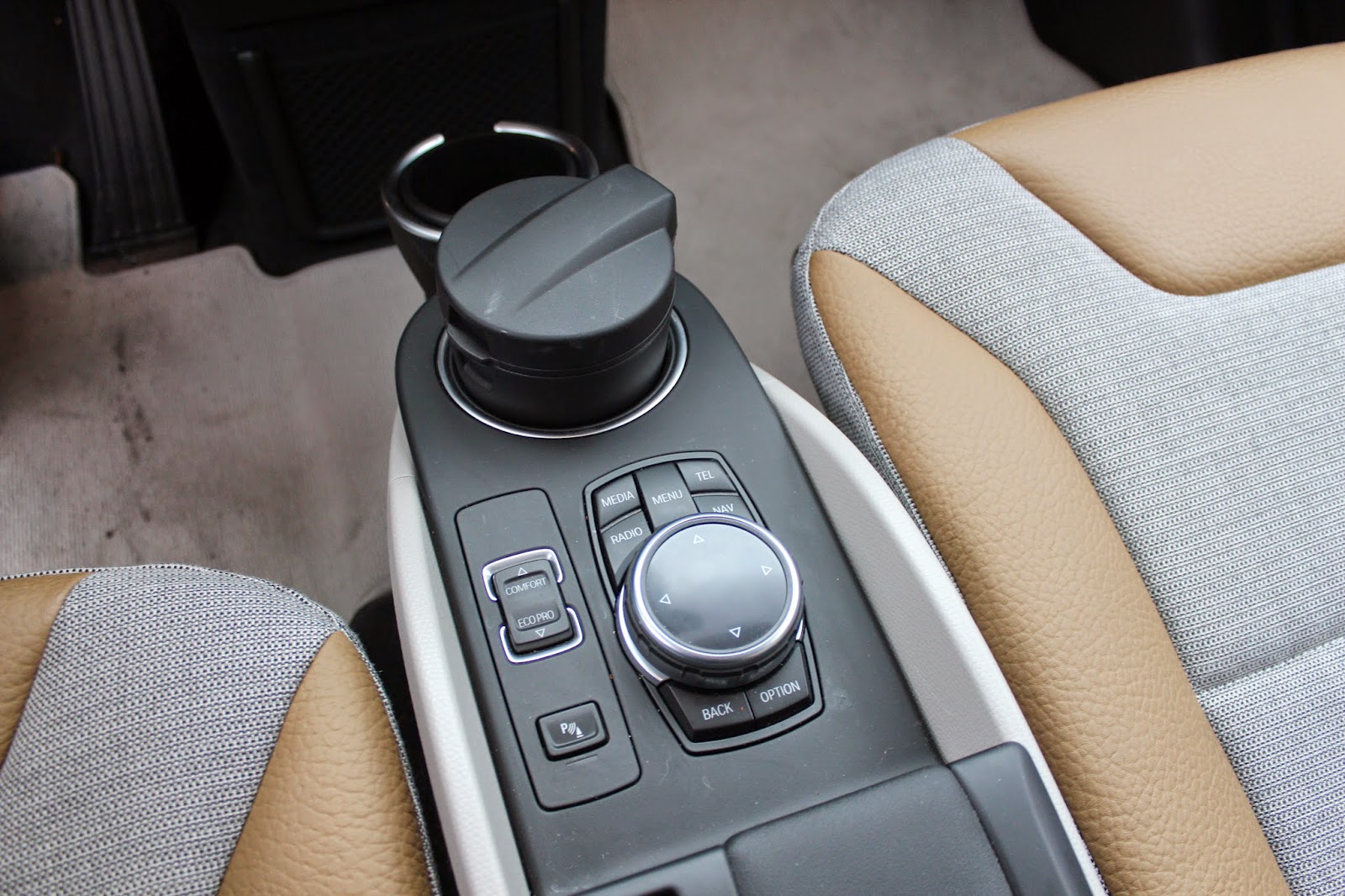 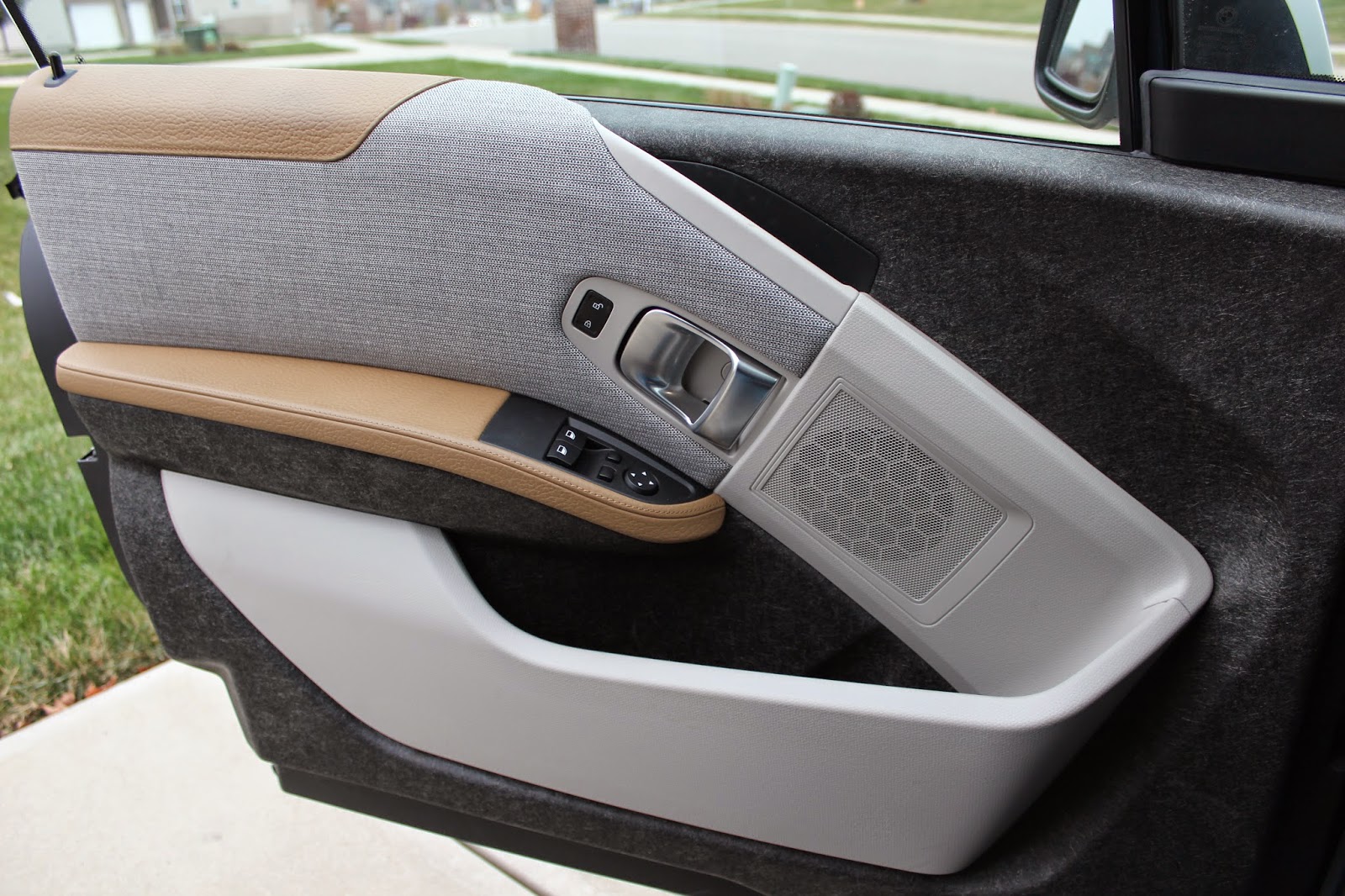 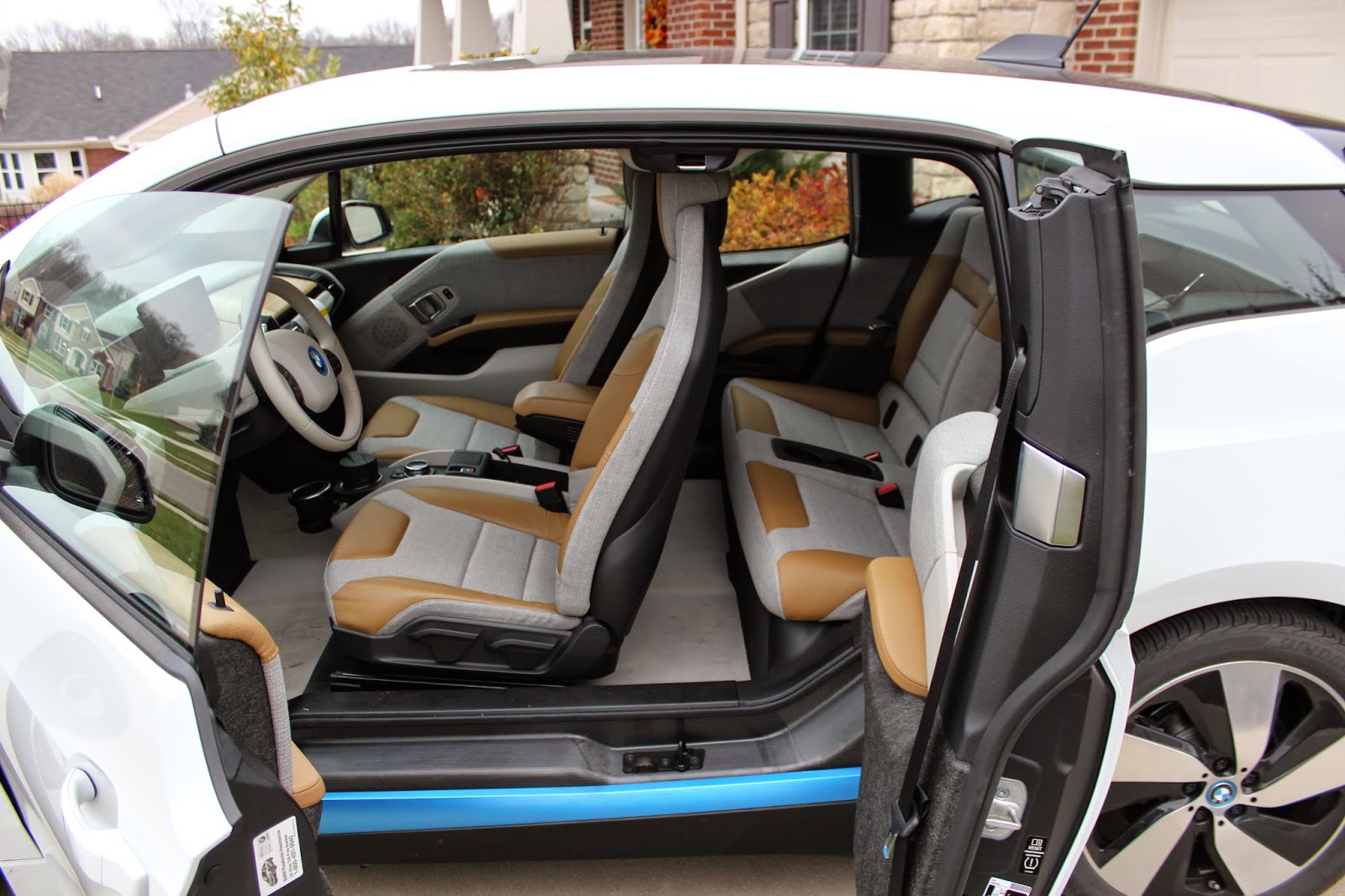 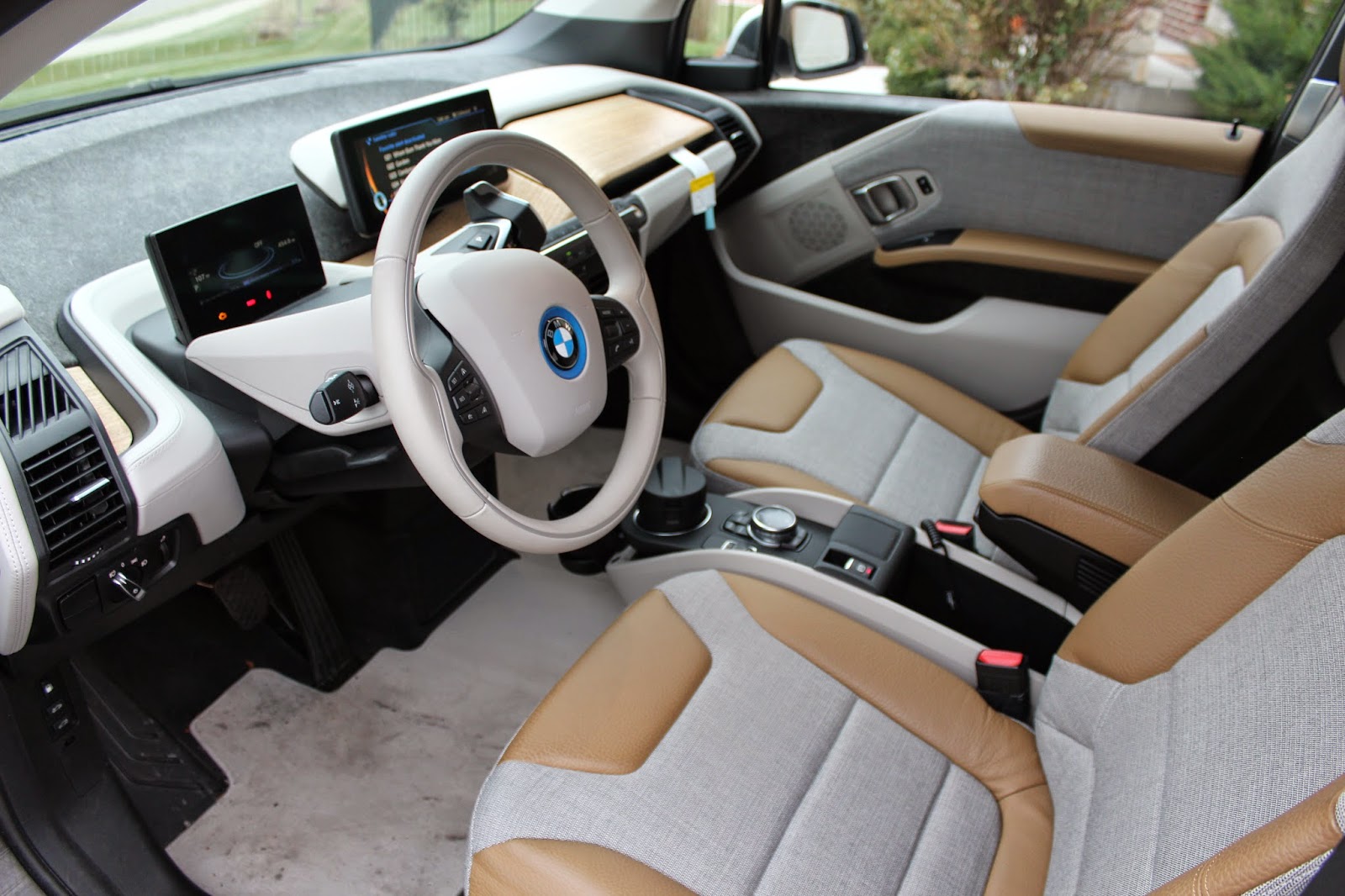 The interior is straight up odd. In a good way. When you first look, it really grabs your attention. It's modern, but very minimalistic. Everything is so simple. Few dials for your comfort, a wheel, and two screens on the dash for everything else. You would think that judging by the outside, the inside would be cramped. Its the opposite of that. What you see in front of you goes for miles it seems. I actually compared it to the late 90's/early 2000's Ford Mustangs. Let me explain. In a Mustang of that generation, if you ever have driven one, it feels as if you have a 20 foot yacht at the front of your car and its facing upwards. Really that is the feeling you get. From the inside of the Mustang, it looks like your hood goes upwards as it goes out. It's a very weird sensation, especially when you have to park it or use the car in tight areas. The BMW is the same in theory, but nowhere near as terrible. You feel like you are really close to something, but you are not. At the bottom of the windshield, it's basically the front of the car, so even though it's misleading in a sense, it's actually easy to get used to. With the void on the dash, that adds to he confusion but after a few minutes of driving, it becomes unnoticeable.

The electronics on this car are very new to me. Everything was on screen. I have had Navigation in my last few cars and I never use it for two reasons. 1. I have a photographic memory when it comes to roads, and 2. They are too complicated in a lot of cases. My old C55 AMG Benz had the worst Nav system ever built. Bill Gates would have murdered it. Needless to say I was hesitant on using anything in there, until you realize that your speedo and everything else is on a screen too. After 5 minutes I was hooked. Everything is very intuitive and BMW did a great job on how they placed things. Not too busy, but not too boring either. 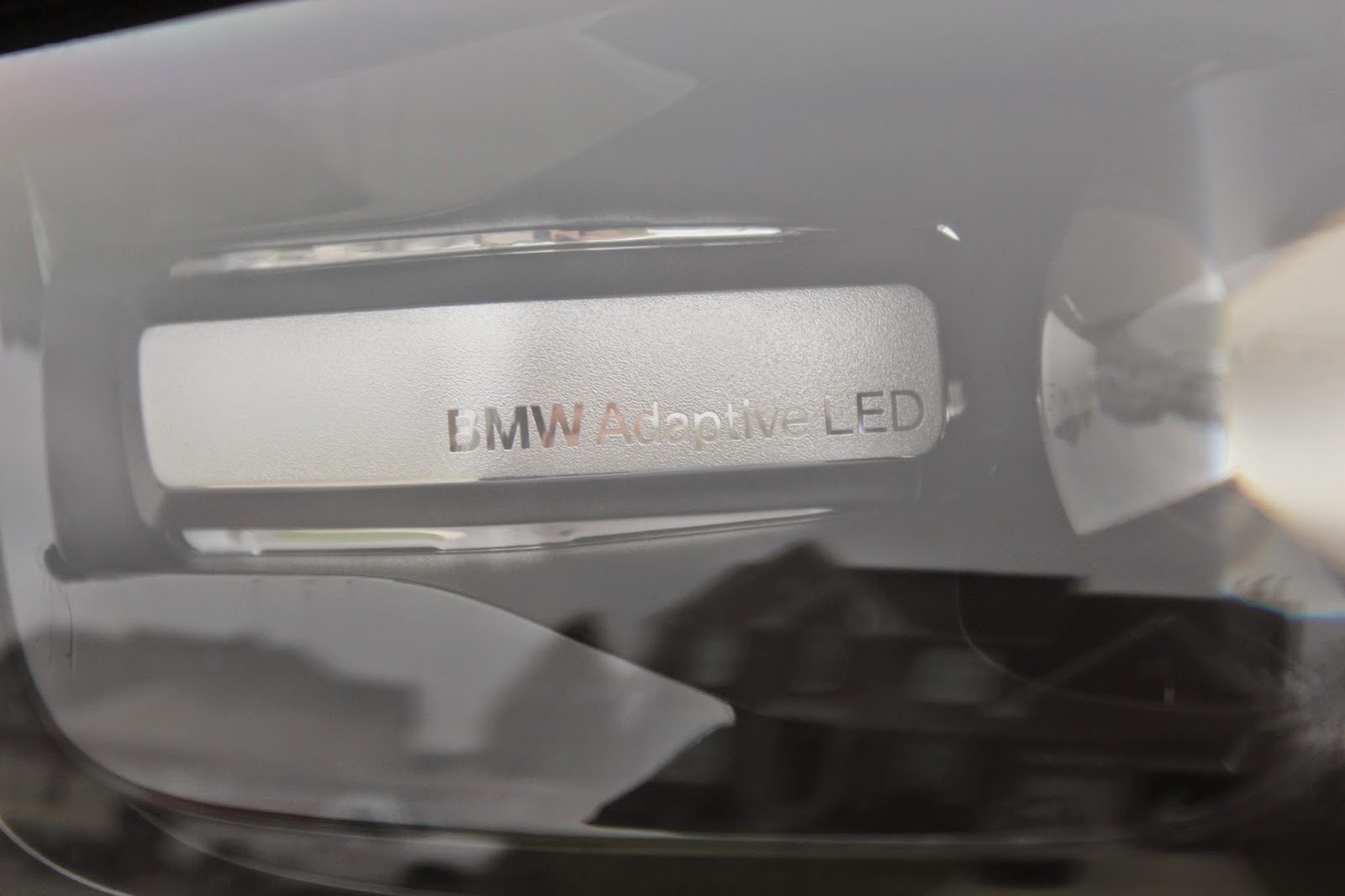 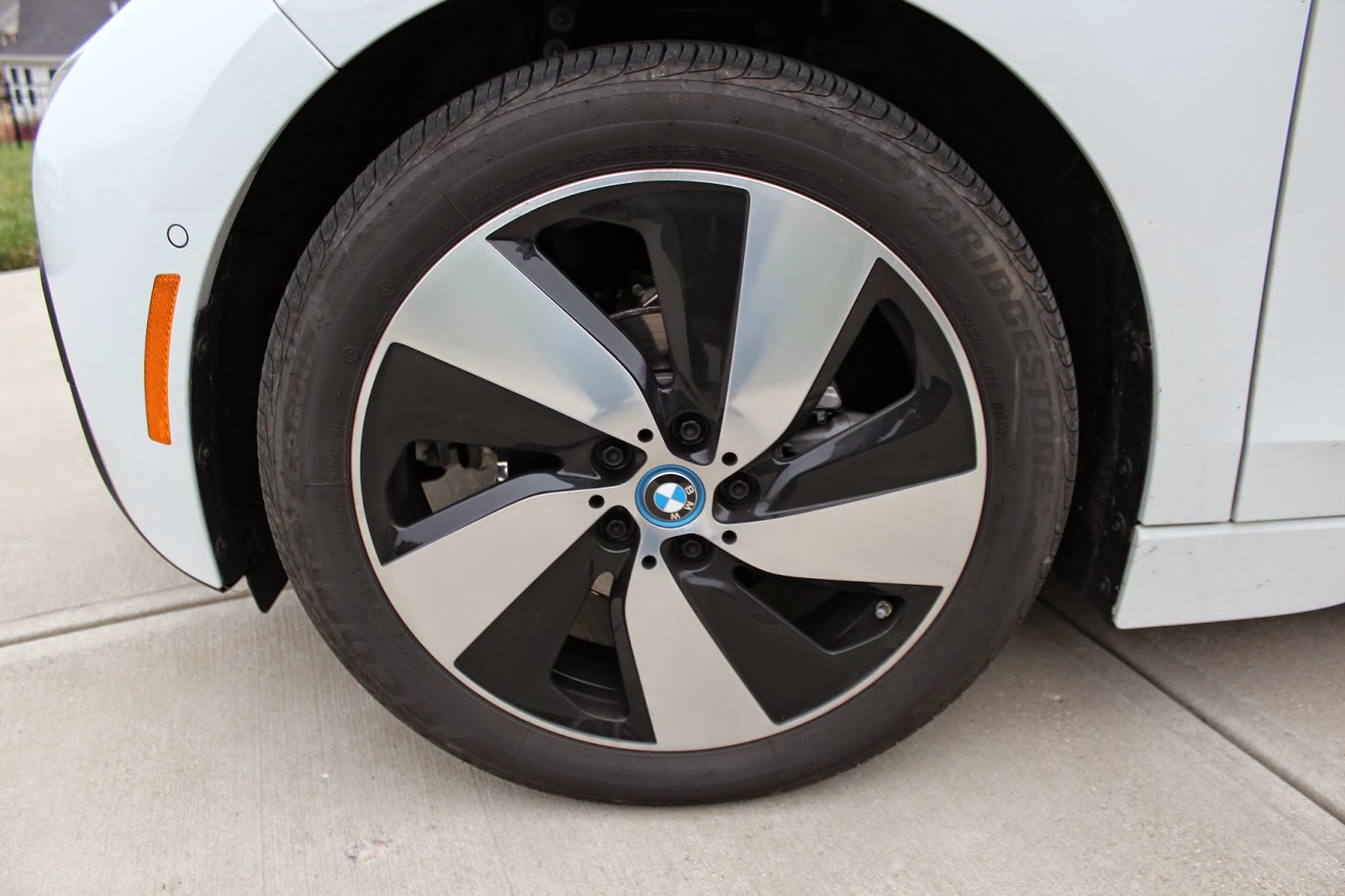 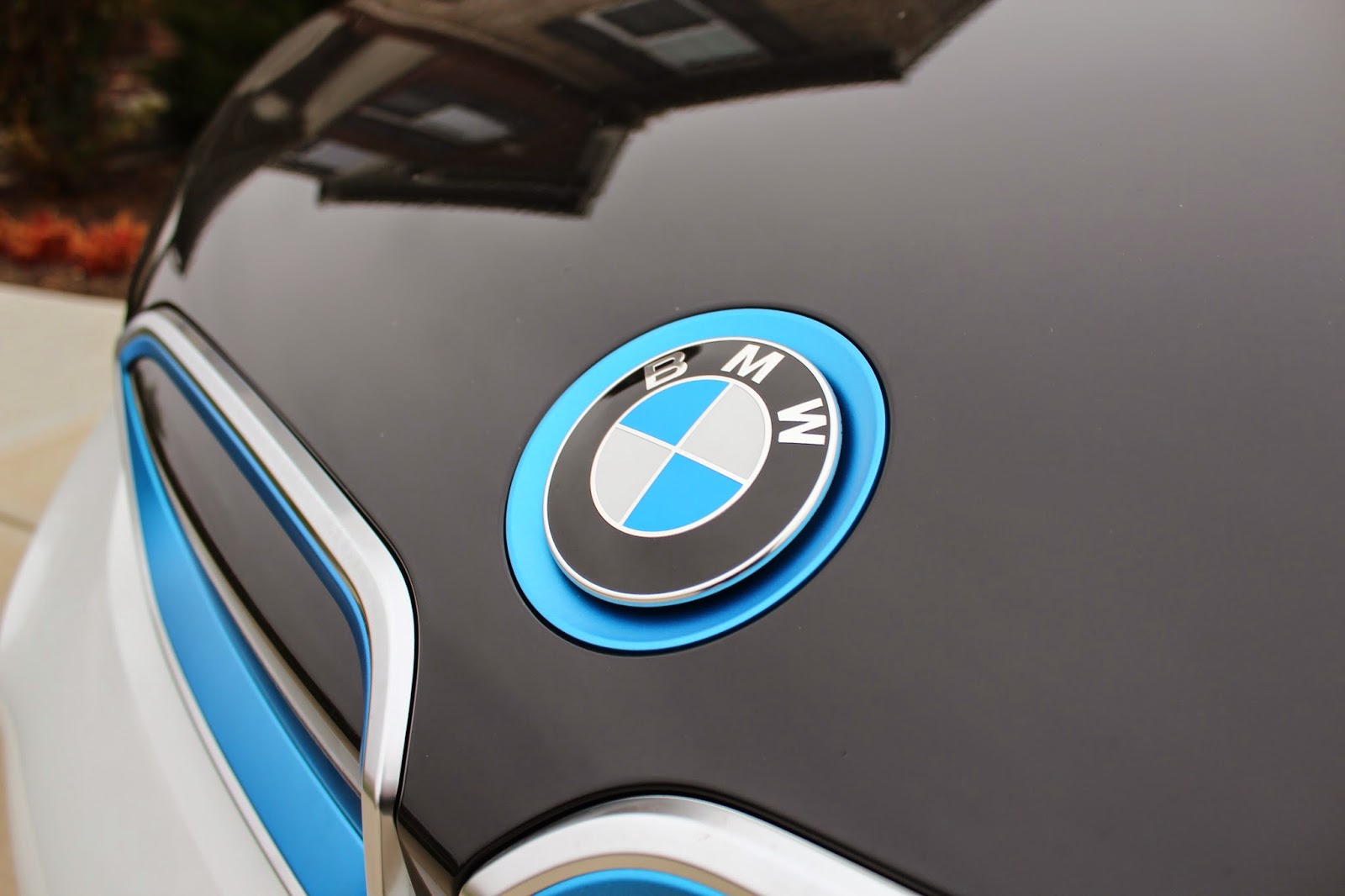 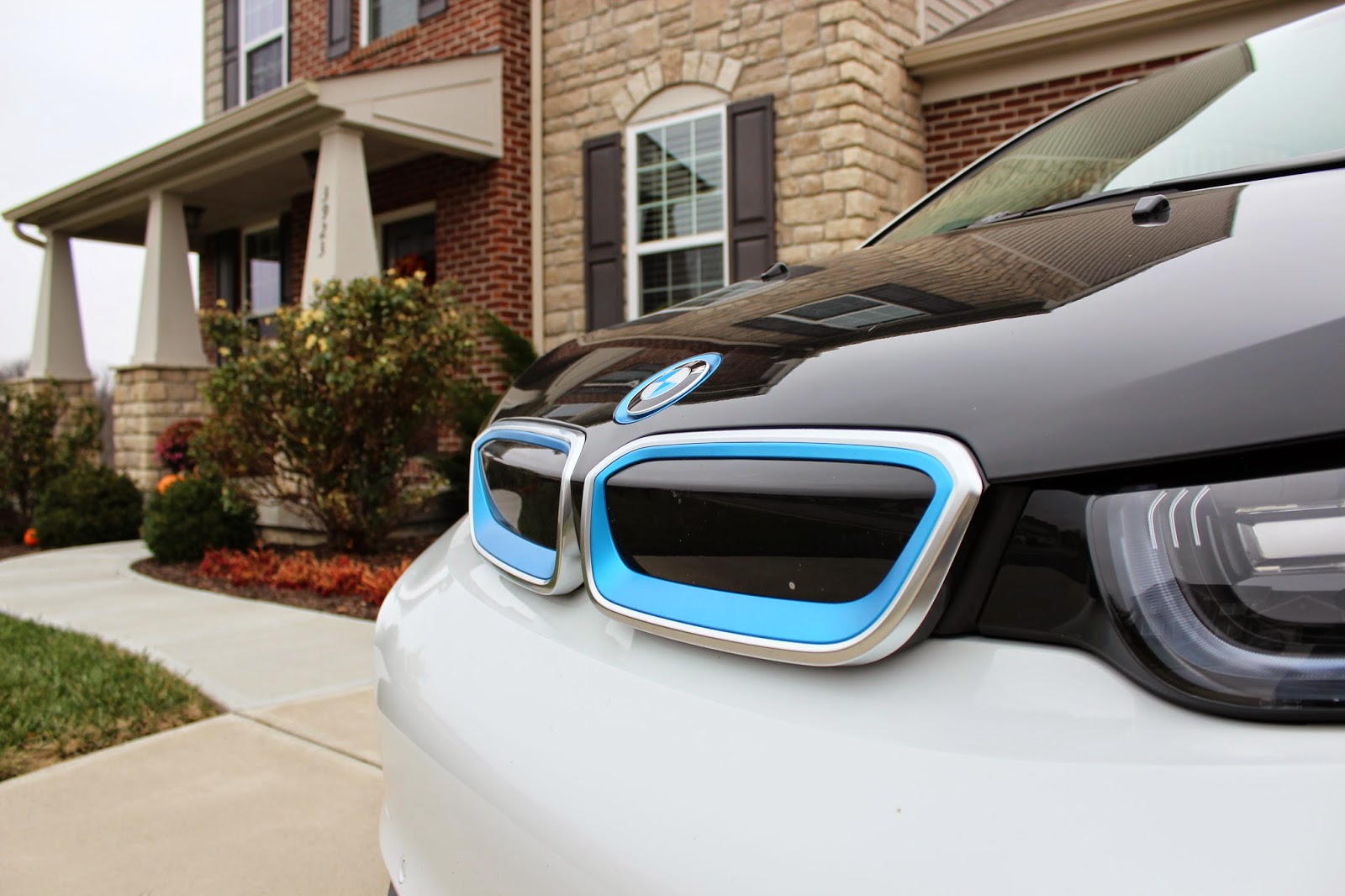 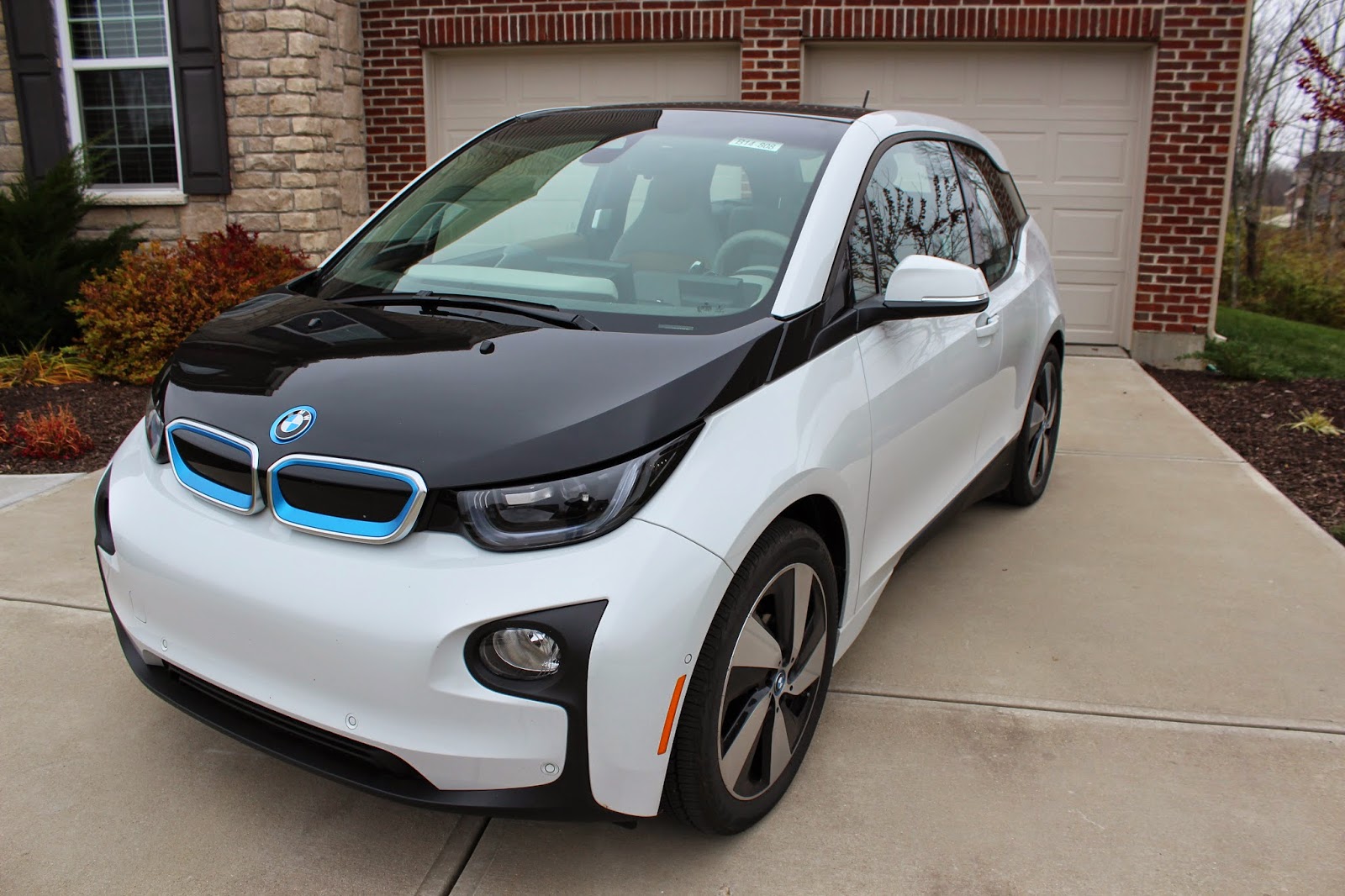 Finally, let's talk about the drive. It's awesome! Didn't expect that, did you? Trust me, I didn't either. This car is 100% electric driven. This one had the range extender which is basically a BMW motorcycle engine built into it. Now, that engine never powers the wheels. It only charges the batteries if you get low on charge, so yes, it's 100% electric driven. Only once did the motor kick on. I drove from the dealer in Northern Cincy, all the way to my house in KY on about an 85% charge. When I got home, I plugged in and charged overnight. I drove this car all weekend and noticed a few things. The miles left on charge really depends on how you drive it. If you floor it every light, you won't last long. If you take it easy, you find yourself using very little power. The cool thing about the display is, you find yourself trying to get the most out of the car you can. Hypermiling for electric cars in a sense. Being a fairly new car, and with battery technology still in it's early years, the miles on one charge is nothing to write home about. There is a flip side to that disappointment.

REGEN BRAKING!
Yes, regenerative braking is something I have never experienced before. The sales rep warned me to be careful as you will soon find out this is a one pedal car. I didn't know what the hell he was talking about until I let go of the battery pedal. ( can't call it a gas pedal in this one ) This car stops quick. WITHOUT HITTING THE BRAKES. Example- getting off the highway doing about 65 mph, you never have to touch the brakes. The brakes are basically already applied to charge the batteries. The only time I ever used the brakes was maybe at a stop light. Even then when you are at the light, you can let it go and the car will not move until you hit the pedal. The car is basically off till you touch the pedal, saving energy. And believe it or not, this thing is peppy. It is no slouch whatsoever. Immediate response and torque. Electric motors provide that instant gratification when you floor it. It gets up and goes. Very impressive for an "efficient" vehicle. 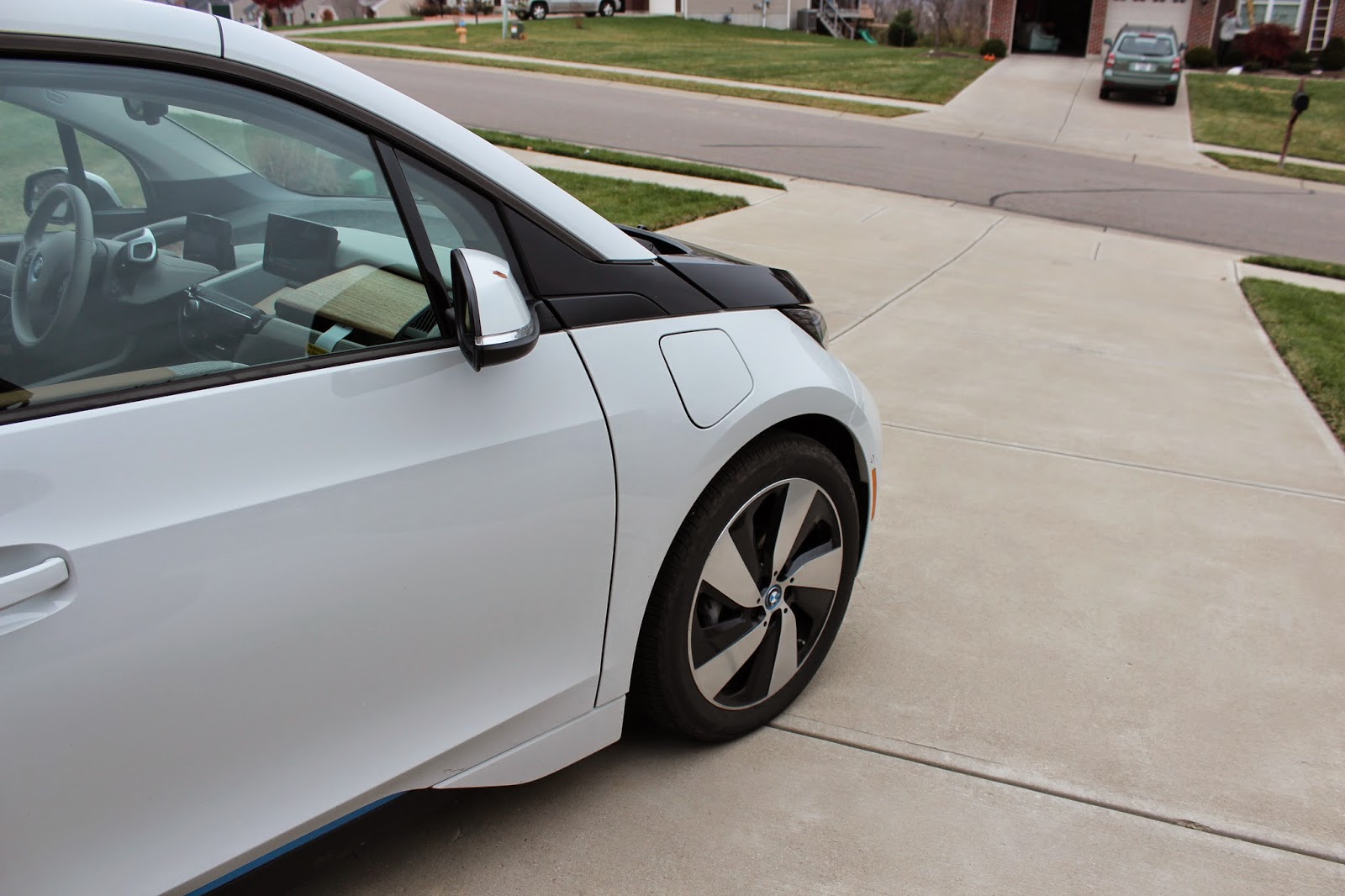 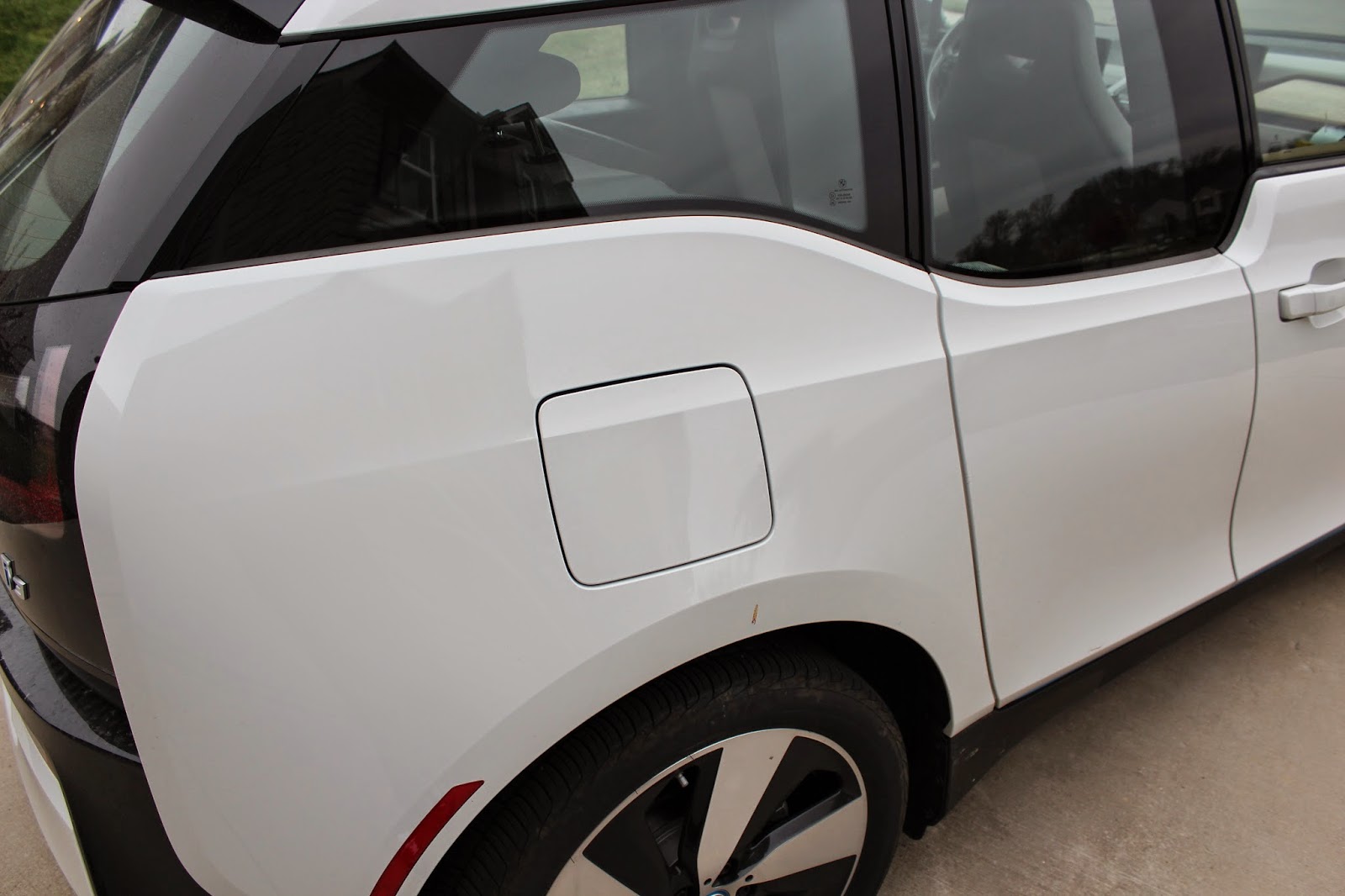 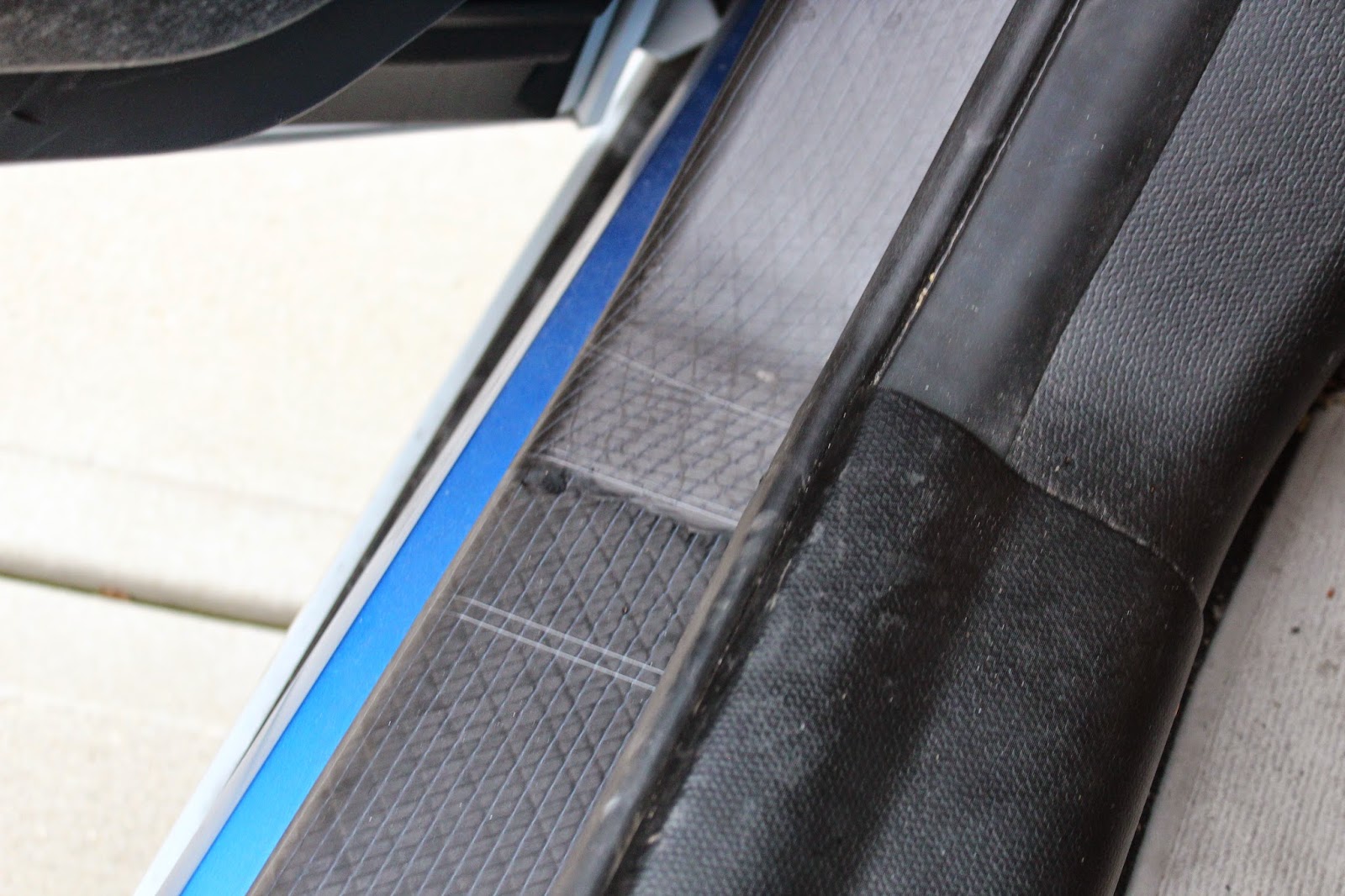 The above few pictures are just to show you a few neat features on the car. The first two are the two "gas" tanks. One is for gas for the back up, one is the charging port. The bottom picture leads me to the last gripe I have with the car, even though I know the reasoning. This car is basically made out of carbon fiber. It needs to be light, and strong at the same time. Carbon fiber provides that. Carbon fiber also likes $$$$. It is a little pricey to build I am sure. The price was higher than I expected on this car but with the features, the gas savings, and the design put into it, I believe it is well worth the money when you step back and take it all in. Although if this car was 10k cheaper, it would sell like  the Prius I bet.

All in all, I was extremely impressed with the i3. I am no longer scared of the future and I am sure car companies will keep working on improving these cars. I look forward to seeing these type of cars develop in the future. We have already seen supercars with hybrid systems so it will only get less oily from here.

Thanks for reading and see ya around sporadically until spring time! Bring on the warm weather!