Saabaru.... Wait, did I spell that right? 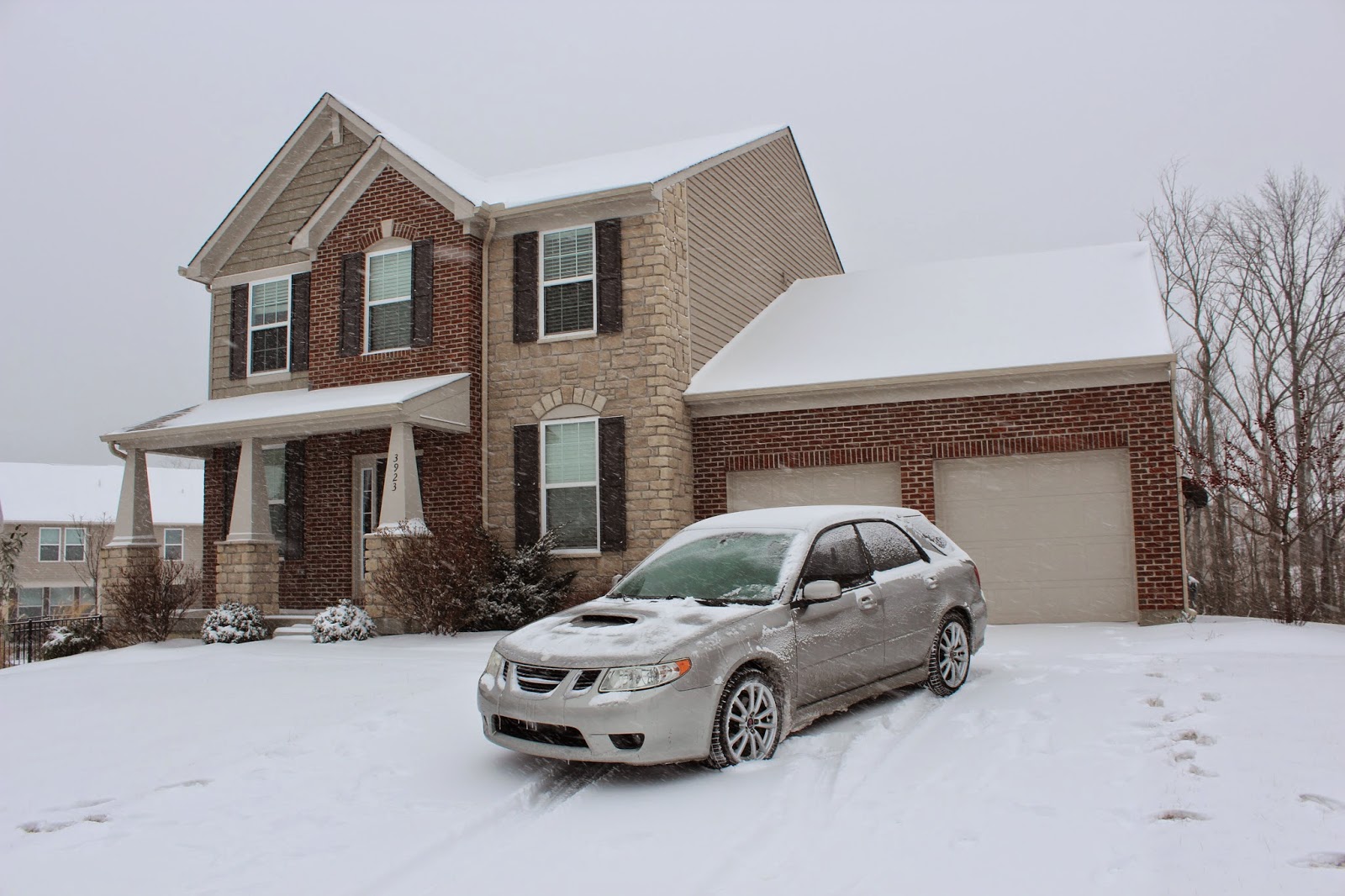 It's February 16th and we finally get a good amount of snow here in our town. It's President's Day as well which makes it better since I am off work! When you have the day off and an All Wheel Drive car, a snow day takes on a whole new meaning. It means time for some fun. The next picture explains in detail what I mean. 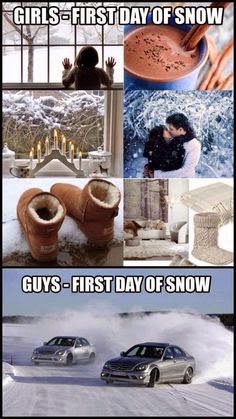 A previous participant/neighbor on this page just sold a car and bought this Saabaru for a daily. Why am I calling it a Saabaru? To the untrained eye, you will think this is a Subaru wagon. In fact, it is. It is the same car with a few extras to make a little nicer, and badged as a Saab. Enthusiasts call it a Saabaru because it's both. The name isn't important though. The car is fun as hell. A small wagon with all wheel drive, manual transmission, and a turbo motor make for a blast to drive, especially in the winter. I summoned the owner to bring on by and we took it out for a little spin. It is just like you would expect from a Subaru, epic in the snow. 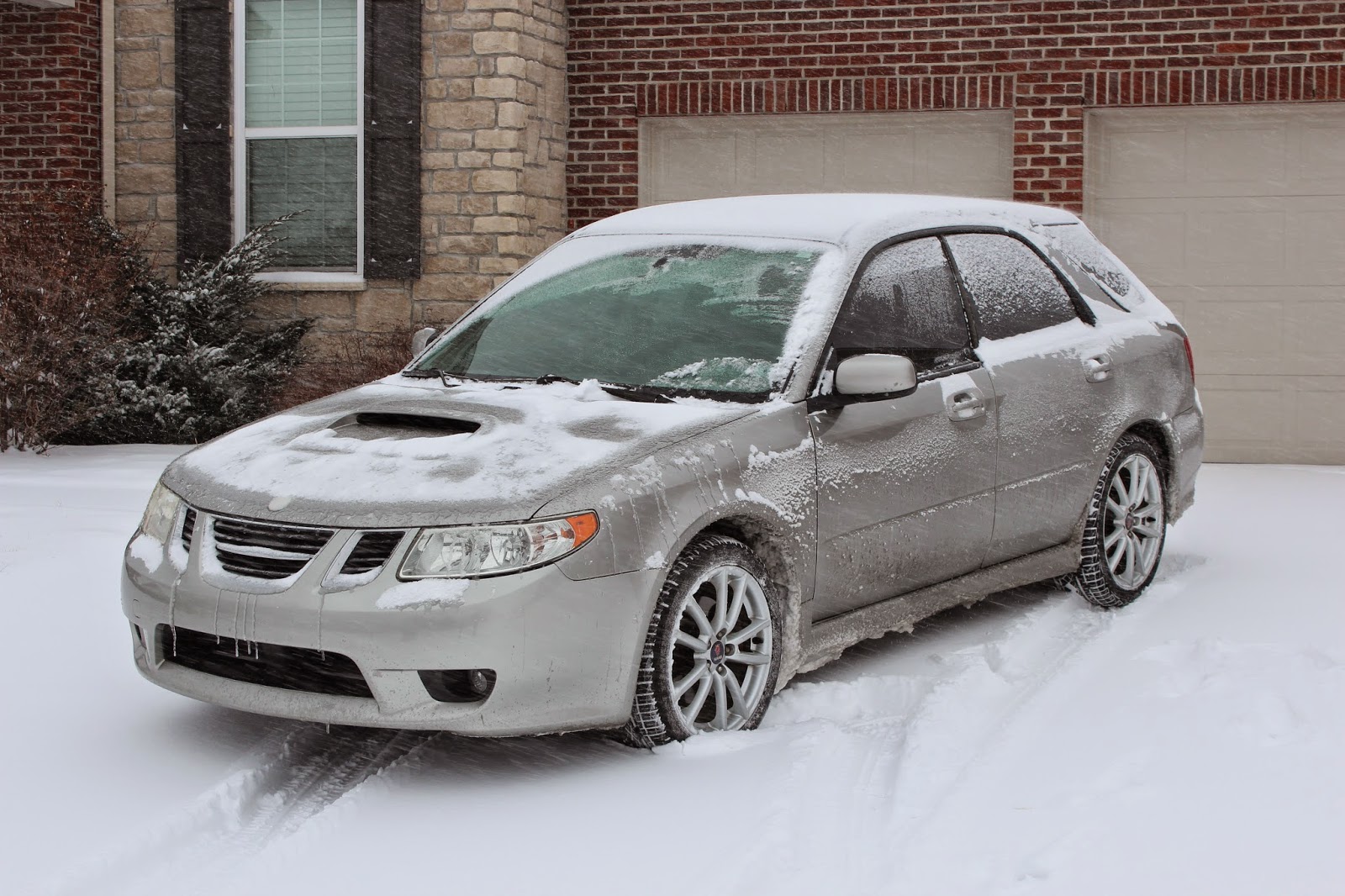 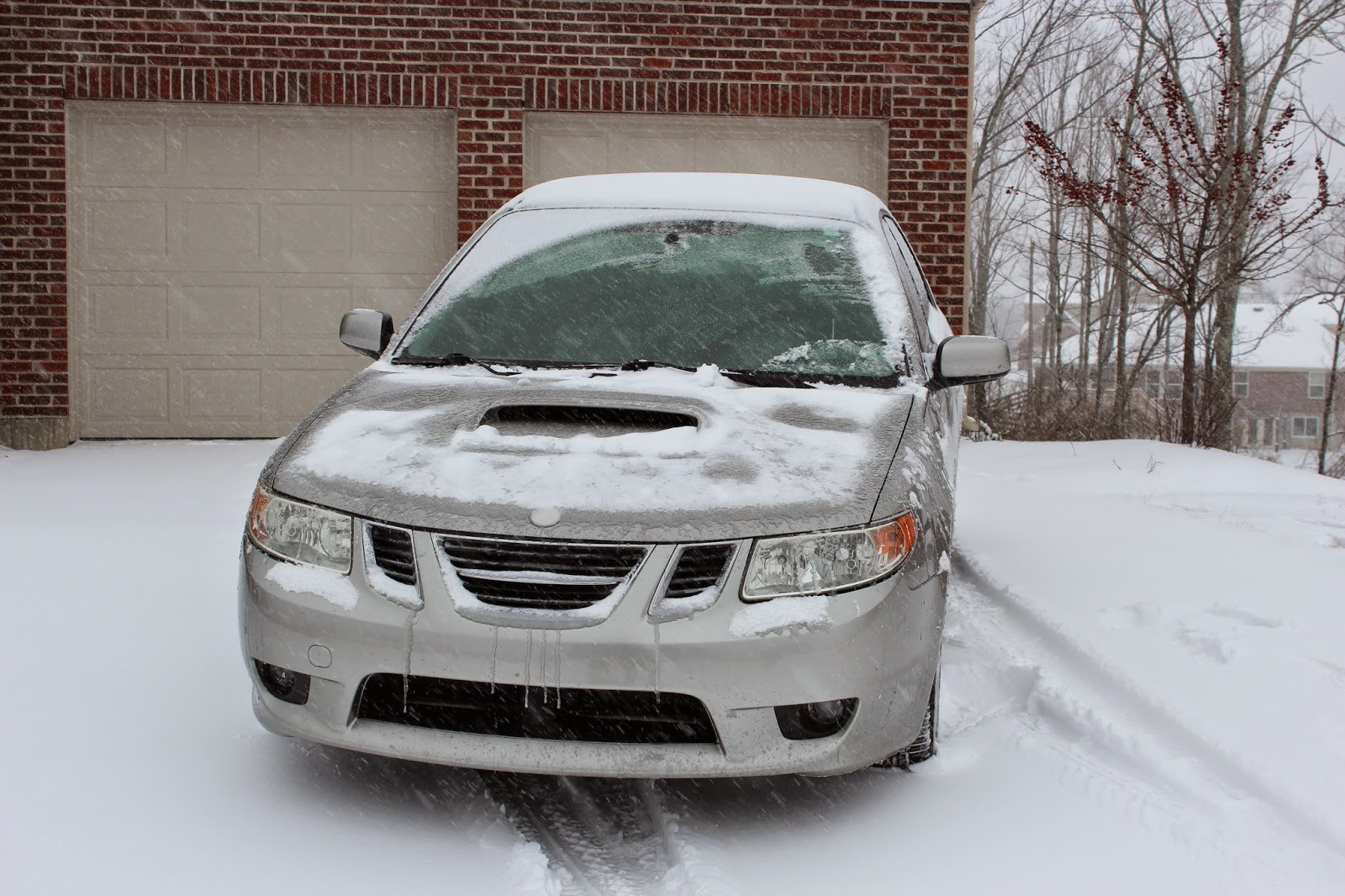 Now, I am a huge Audi fan as you may know. If you don't, now you do. What you probably don't know is that in the late 90s, I was hooked on WRC. The Subaru/Mitsubishi battles at that time was something I'll never forget. It was awesome racing. So right then and there, I became a Subaru fan. I really wanted a WRX wagon when they came to the USA but ended up buying an A4 instead. I still stand by my decision but I really liked that car. This is exactly the same car with the Saab badge. This car does not flinch in the snow. Even for its age, it's tight, nimble, and still high quality. It did not make they typical creeks and noises you would expect. This car was maintained very well and as you can imagine, is fun as shit in the snow. 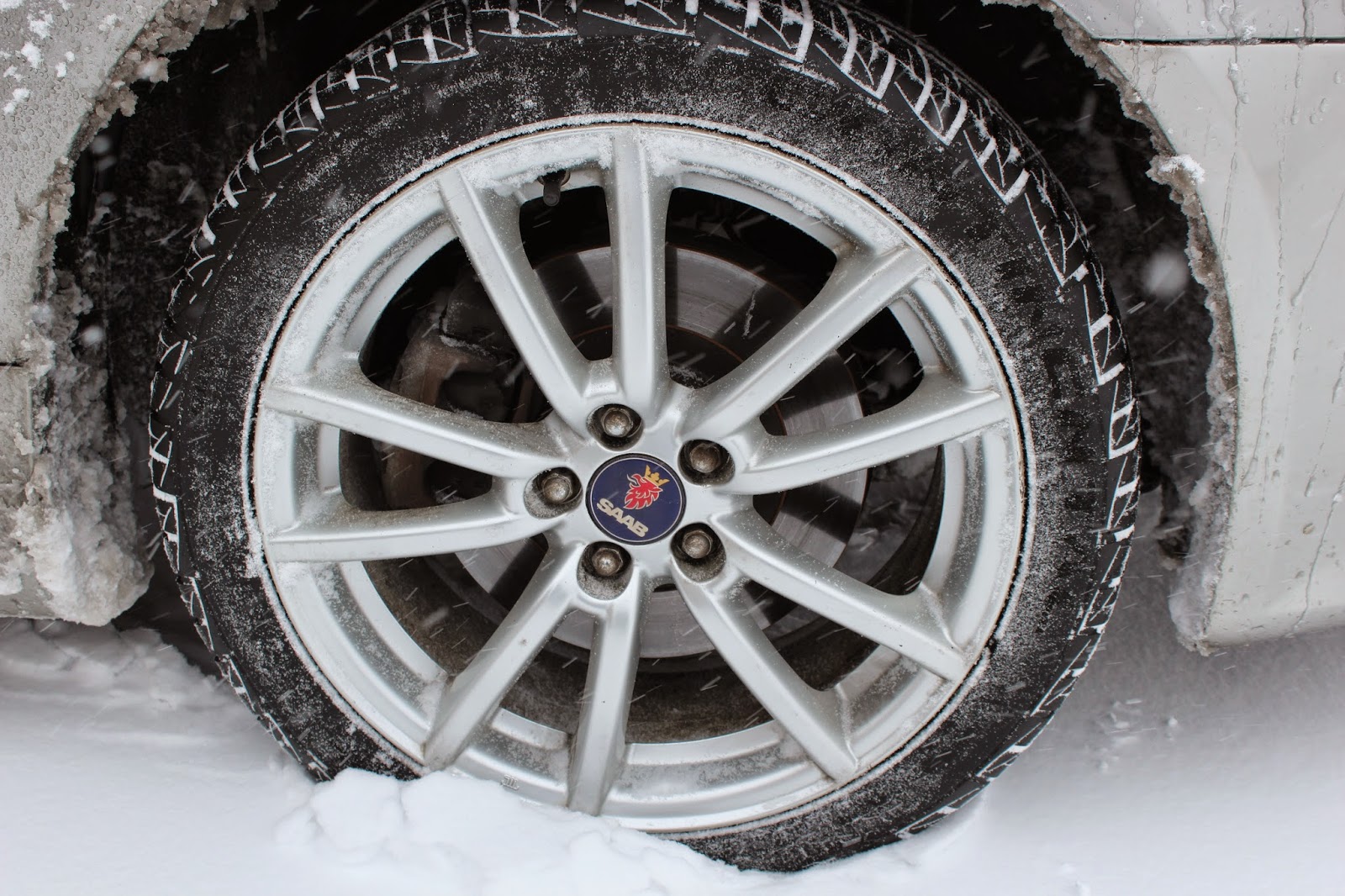 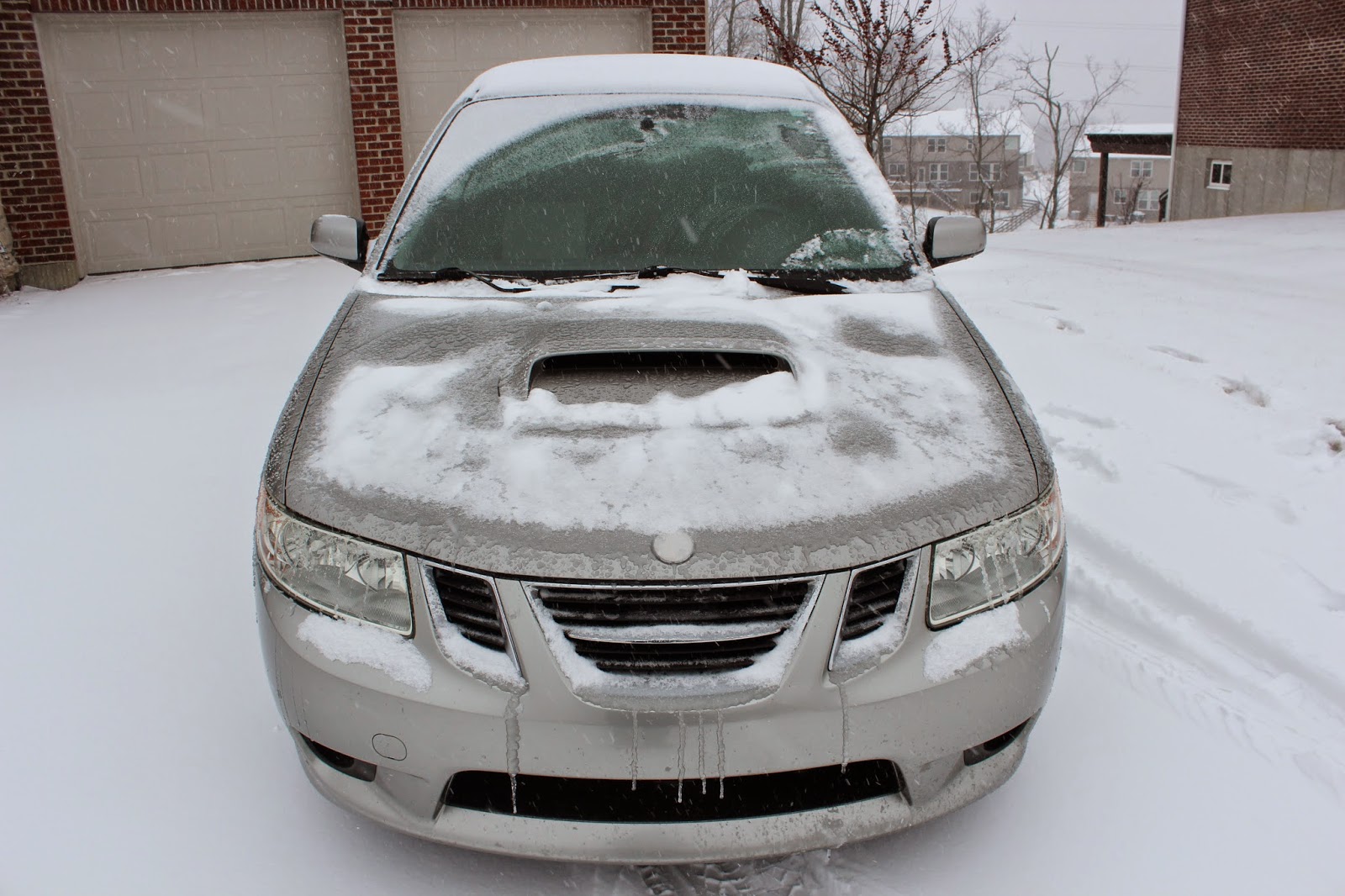 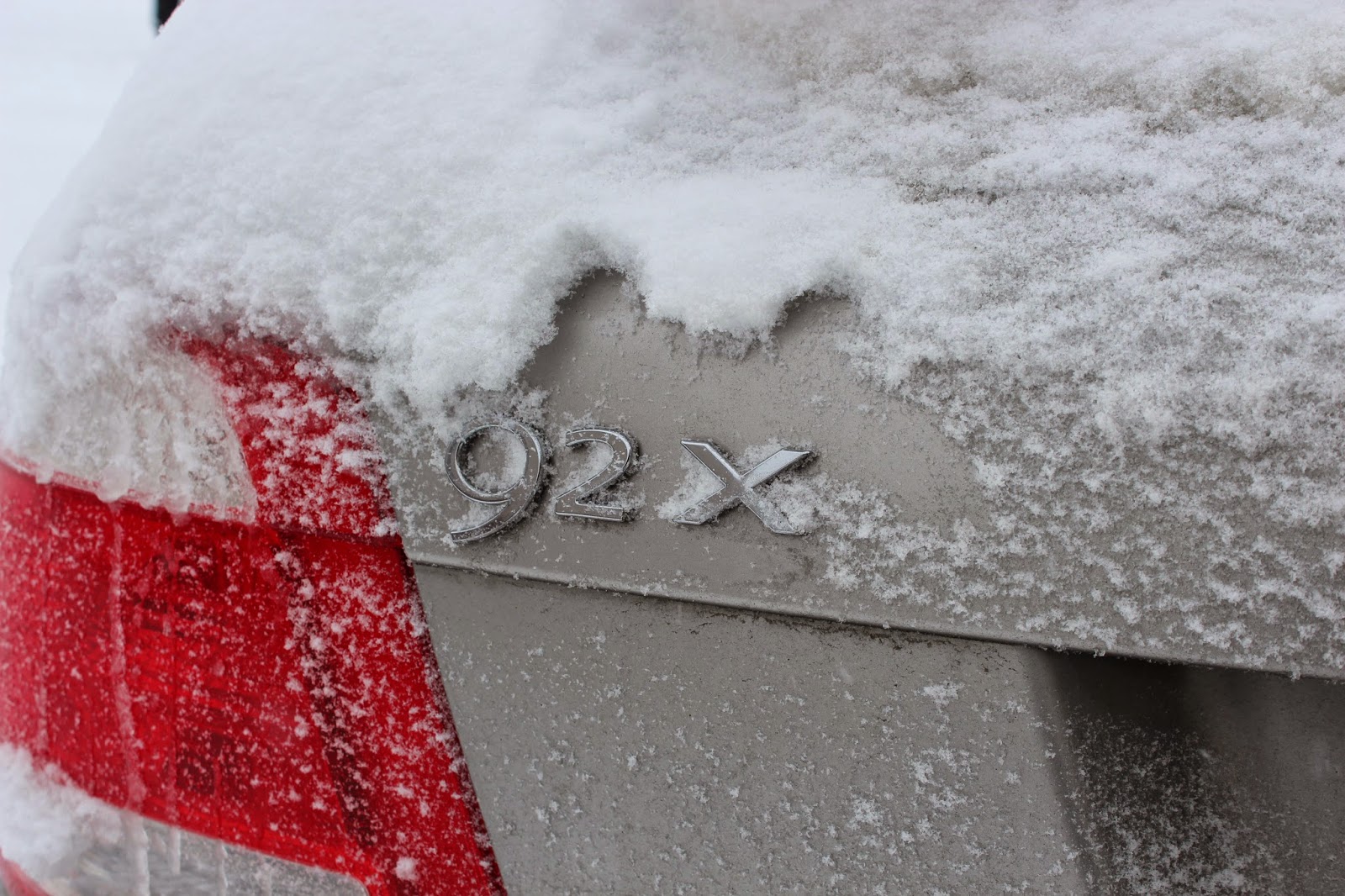 Unfortunately the wind chill was -5 degrees so I lost train of thought while taking pictures, so I forgot to get interior pics. I will say one thing. Clean. The interior has held up very well. Riding around in the snow, you finally understand the whole Subaru thing. Even though it's a Saab, it is very hard to not keep calling it a Subaru. I'll keep going back and fourth. Sorry. This thing is a tank in snow. No traction control but never has issues. I bet on some open snowy roads, this thing could be a blast, rally style. But the best part about this car is that 99% of people don't know what it is, so when you are passing a Chevy truck stuck on a snowy hill, the driver is like, "W T F?"  I loved that when I had my Audi allroad. I would pass all of these stuck cars like it was my job, then would go do donuts for an hour in some parking lots. I'm sure people get frustrated seeing that. Oh well. 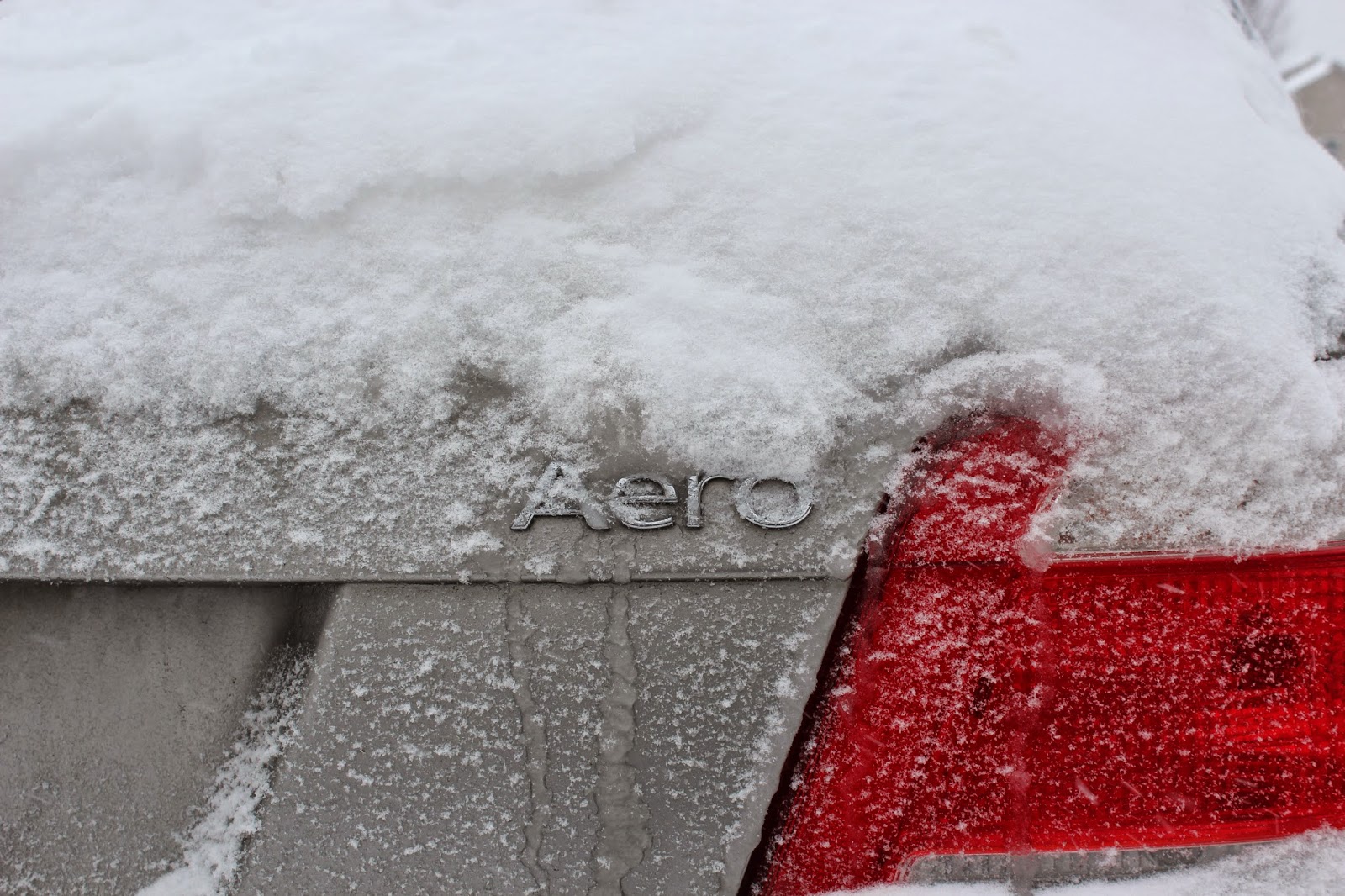 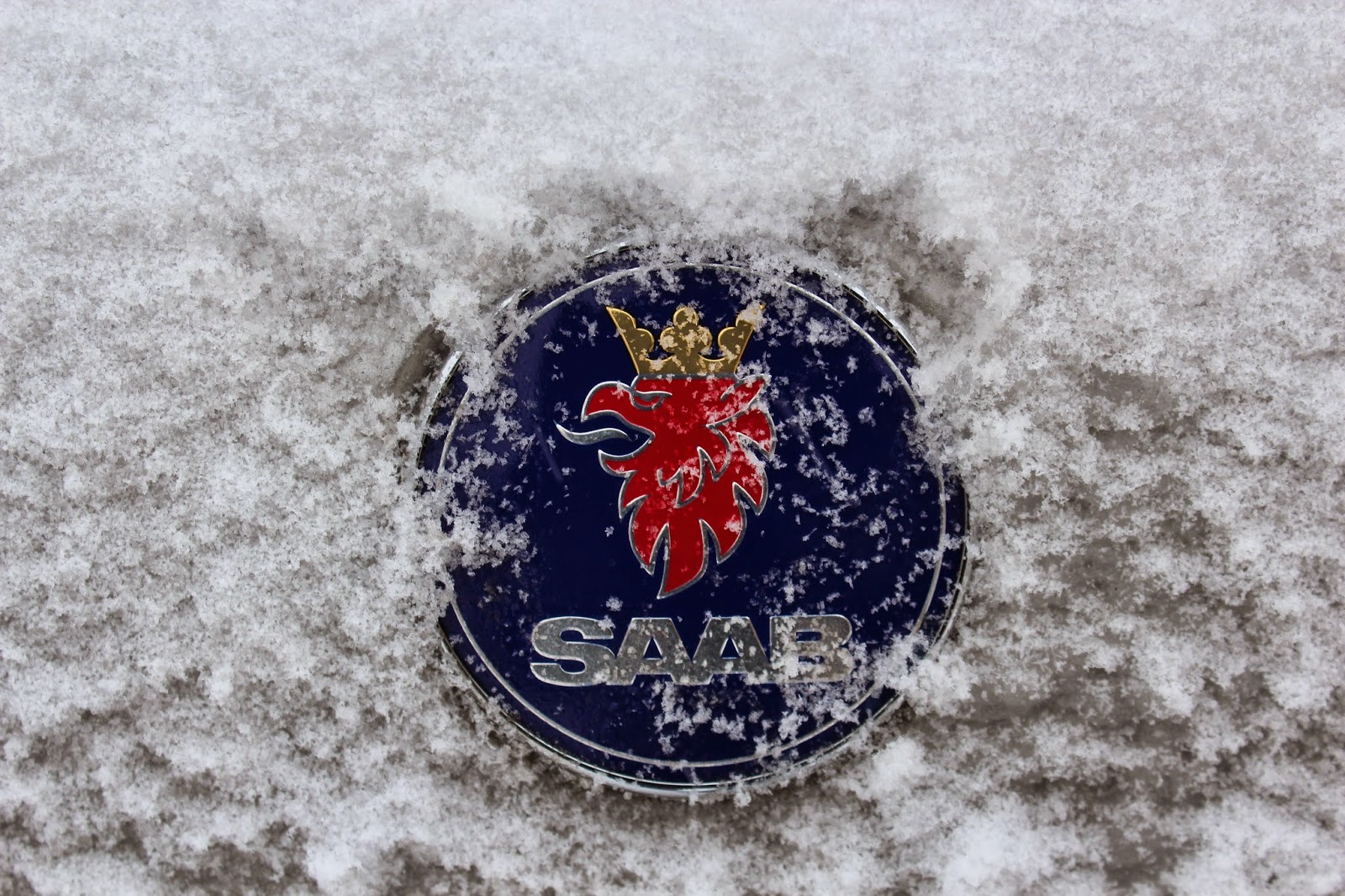 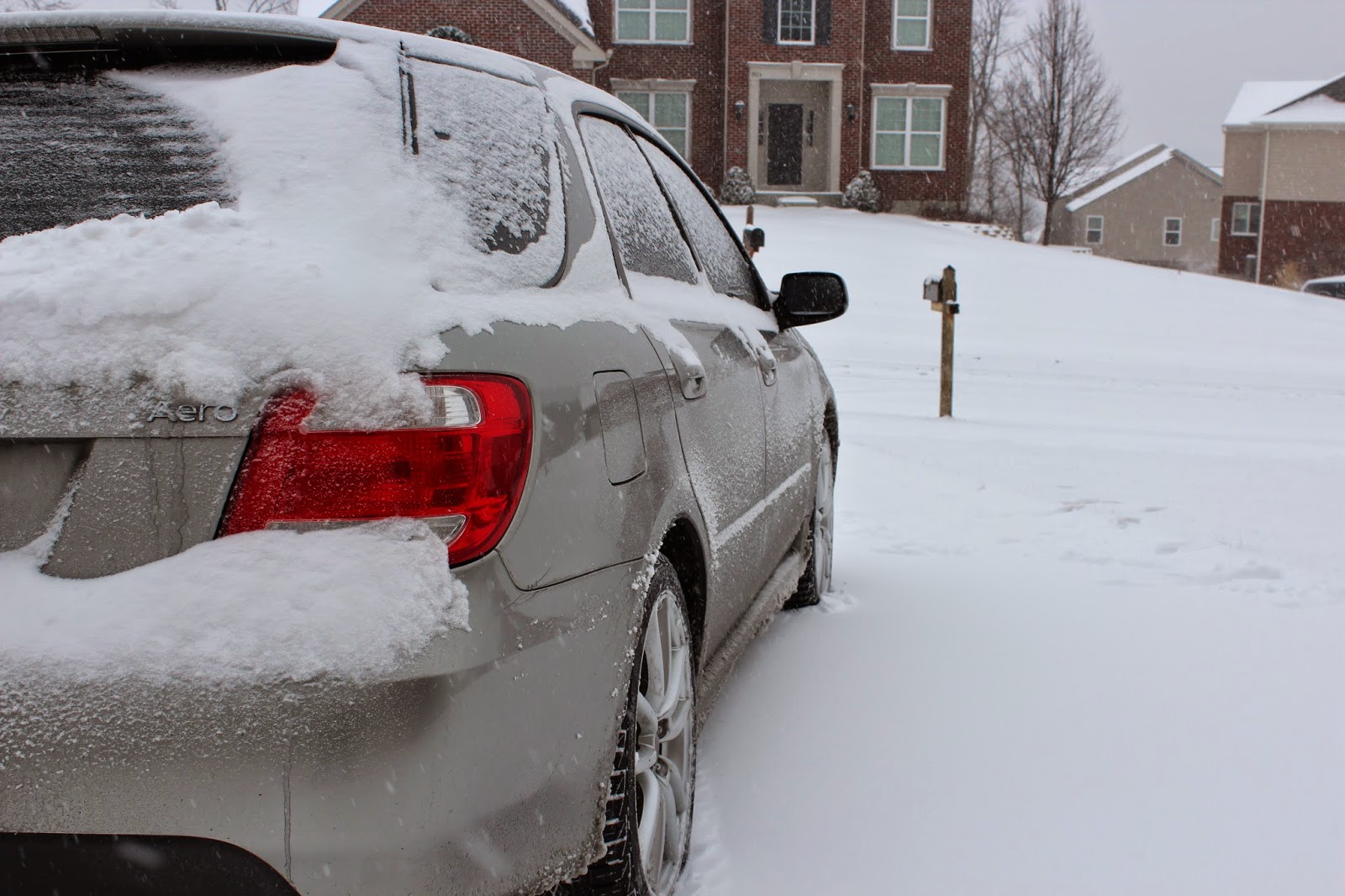 Thanks to the owner/neighbor for the ride and bringing over in the cold snow. I don't mind the snow. I mind the -5 windchill. It was horrible. This Saab 9-2x is a really fun car and it's in wonderful shape for its age. Hopefully some mods will be coming soon to make this an awesome daily driver. Also thanks to the owner for riding along for some donuts in my wife's car. I had to take advantage of this snow as well. At this very moment another neighbor is cleaning my driveway with their snowblower. I live in the best hood ever! Hopefully the streets stay a little covered for some more donut fun later. 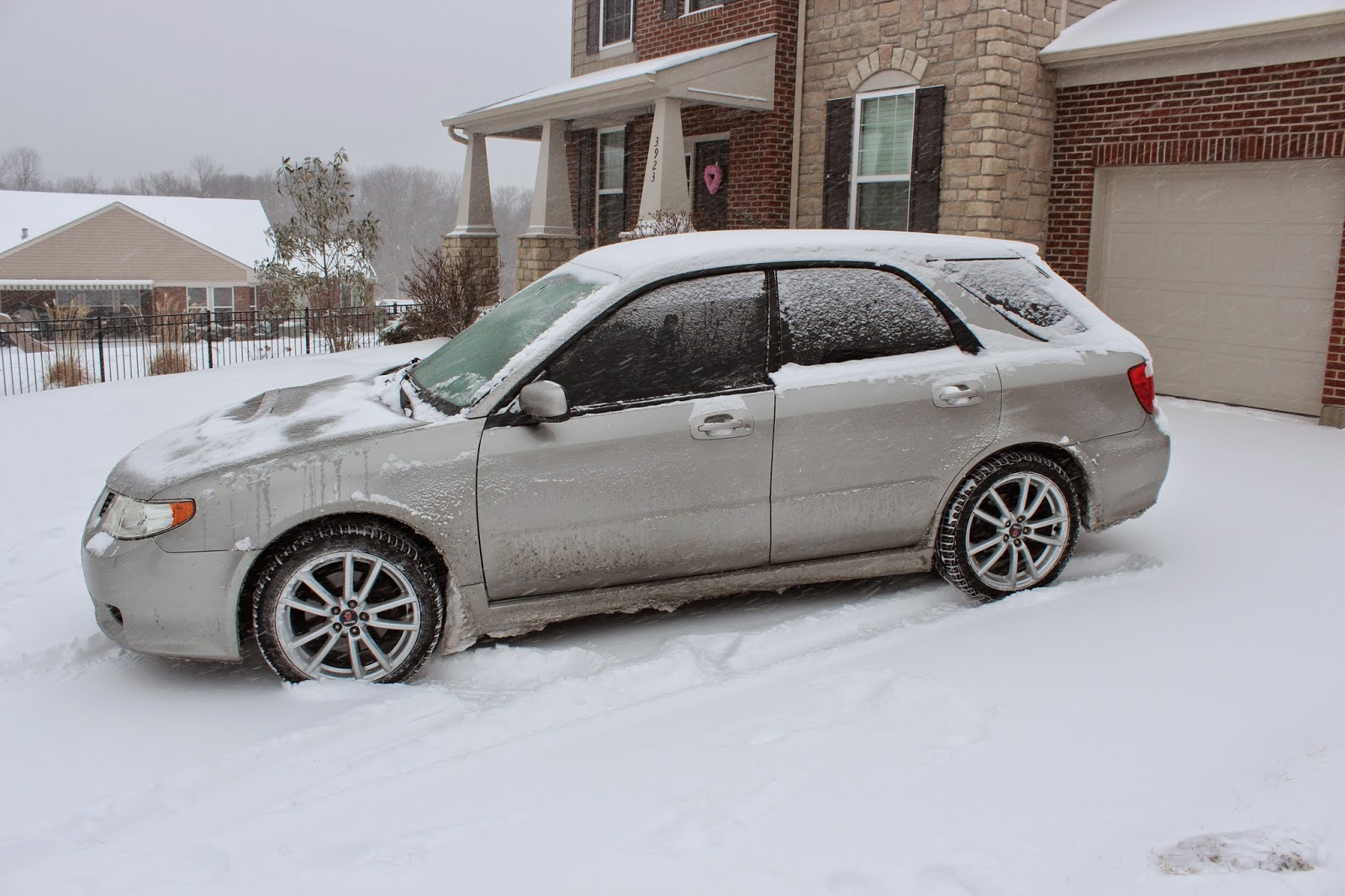 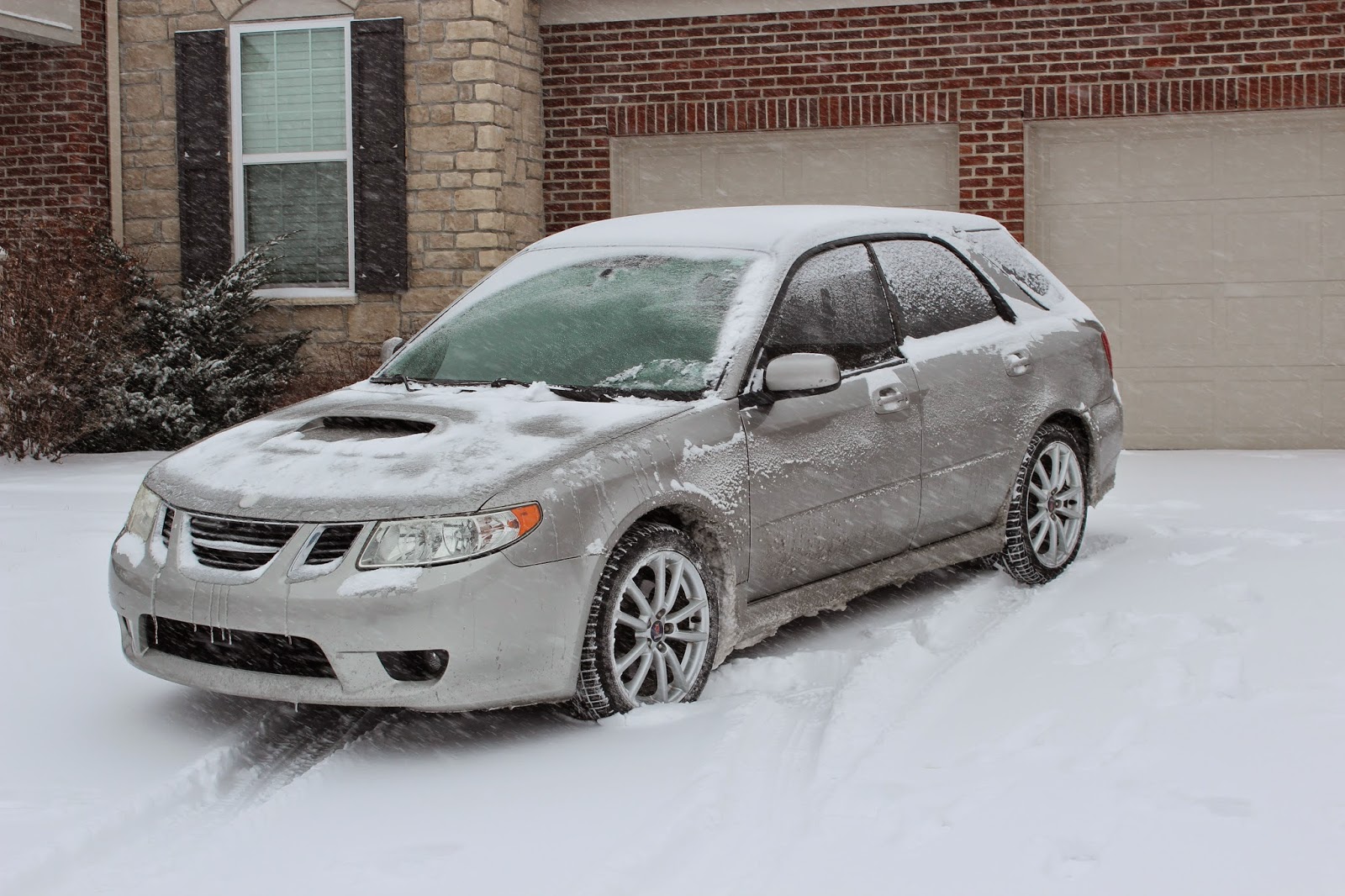