Torque- This wagon's got it, lots of it! MMMMMMMM AMG! 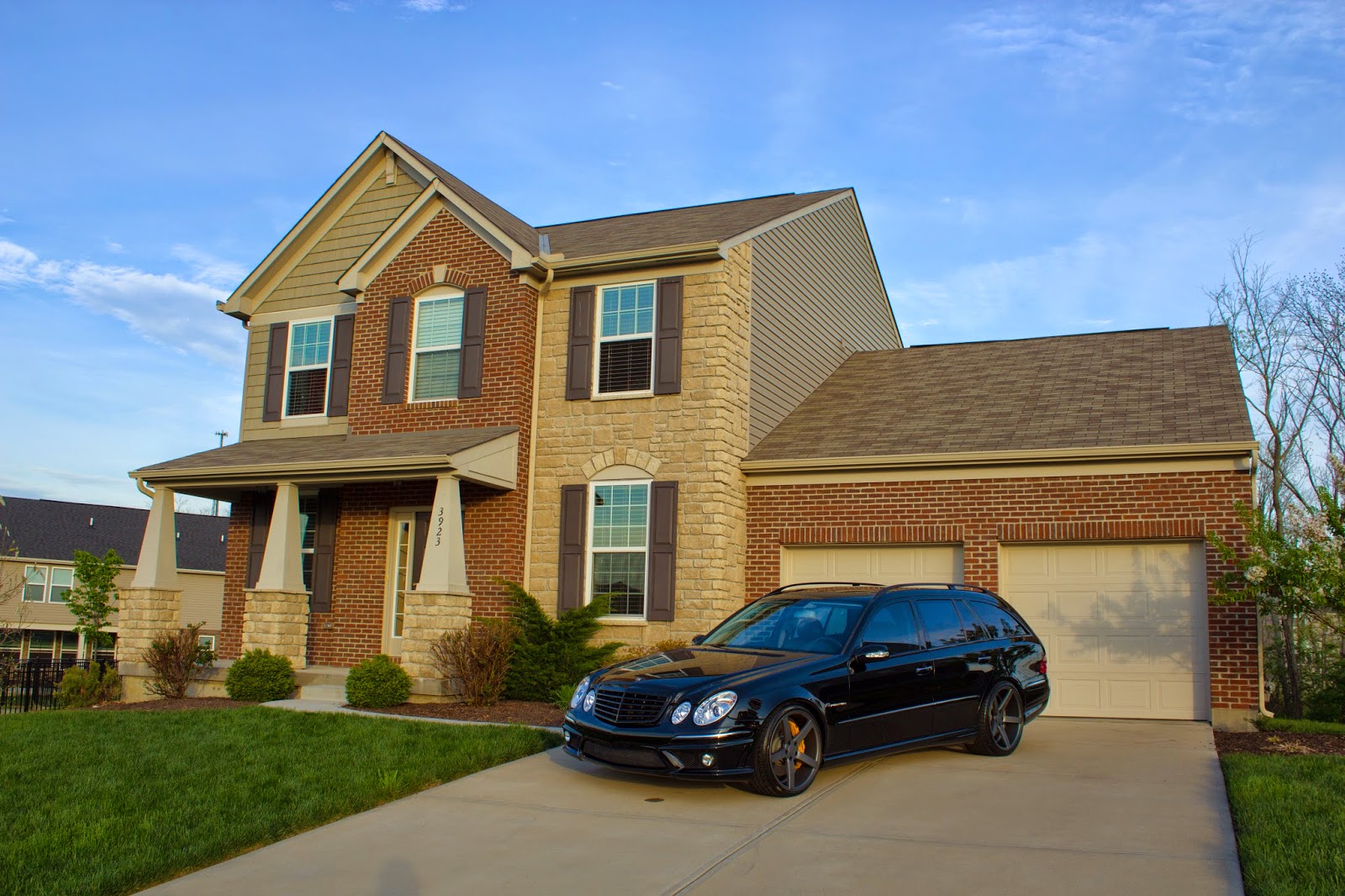 
*** Disclaimer***  This season I will be trying to take better pictures and now have some editing software, so be aware I am still learning and this was my first time using the software and new lens.

The warm season is upon us. (Bout time) For some, that means going to parks, vacations, waterparks, and even the occasional sporting event. For me, it means more cars in the driveway! I love this time of year as I really enjoy things like yard work and spring storms. I also love seeing sweet rides show up and hearing stories from owners about their car. I actually already know the stories about this car though as I almost bought it a while back but didn't, and am kicking myself for not. Now, I have been huge Audi fan for a long time but a few years back, I decided to try an AMG. I did some searching and found an awesome deal on a C55 fully loaded at a Mercedes dealer in Columbus. I loved that car and I hated that car. More on that in a bit though. 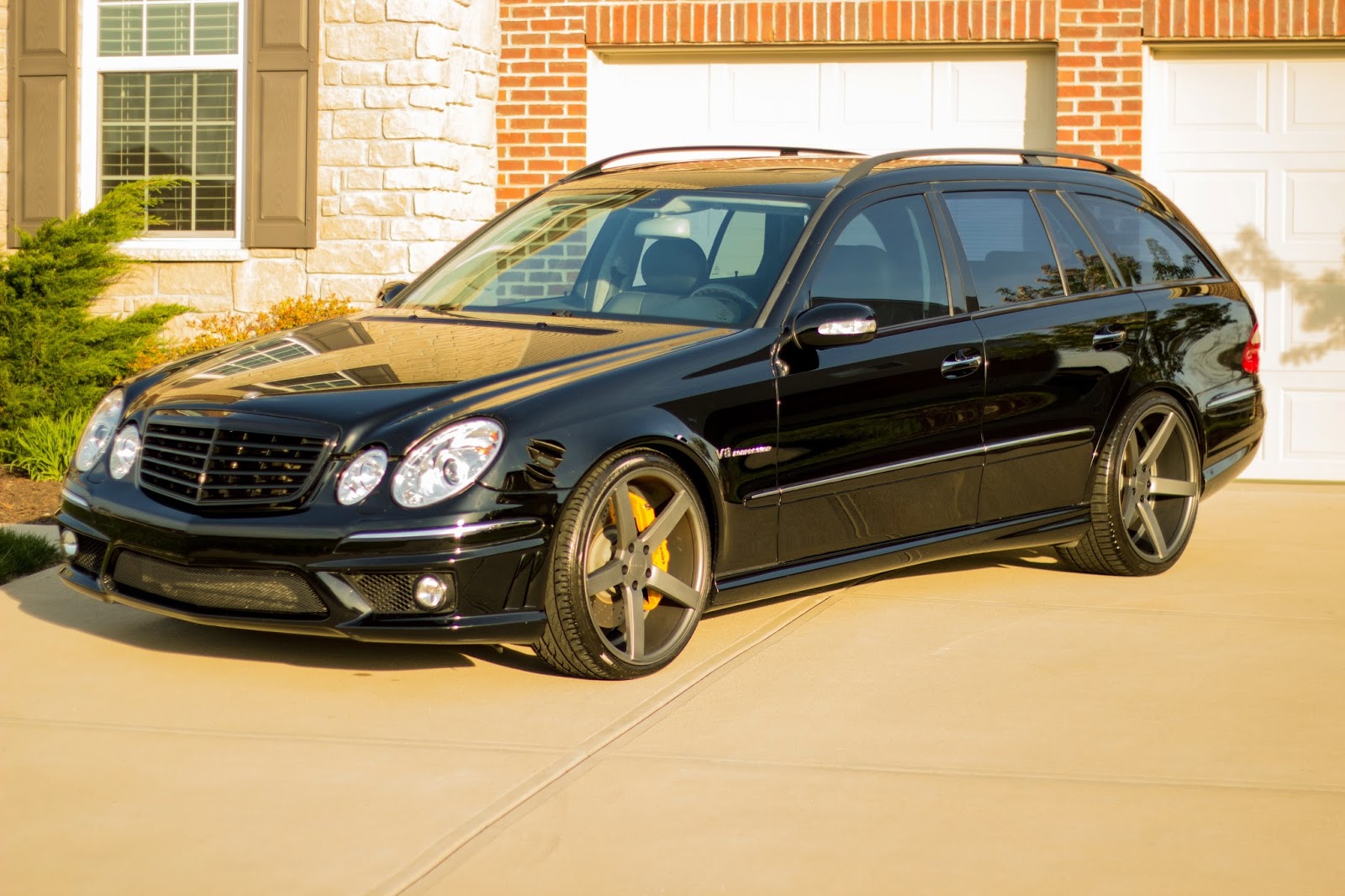 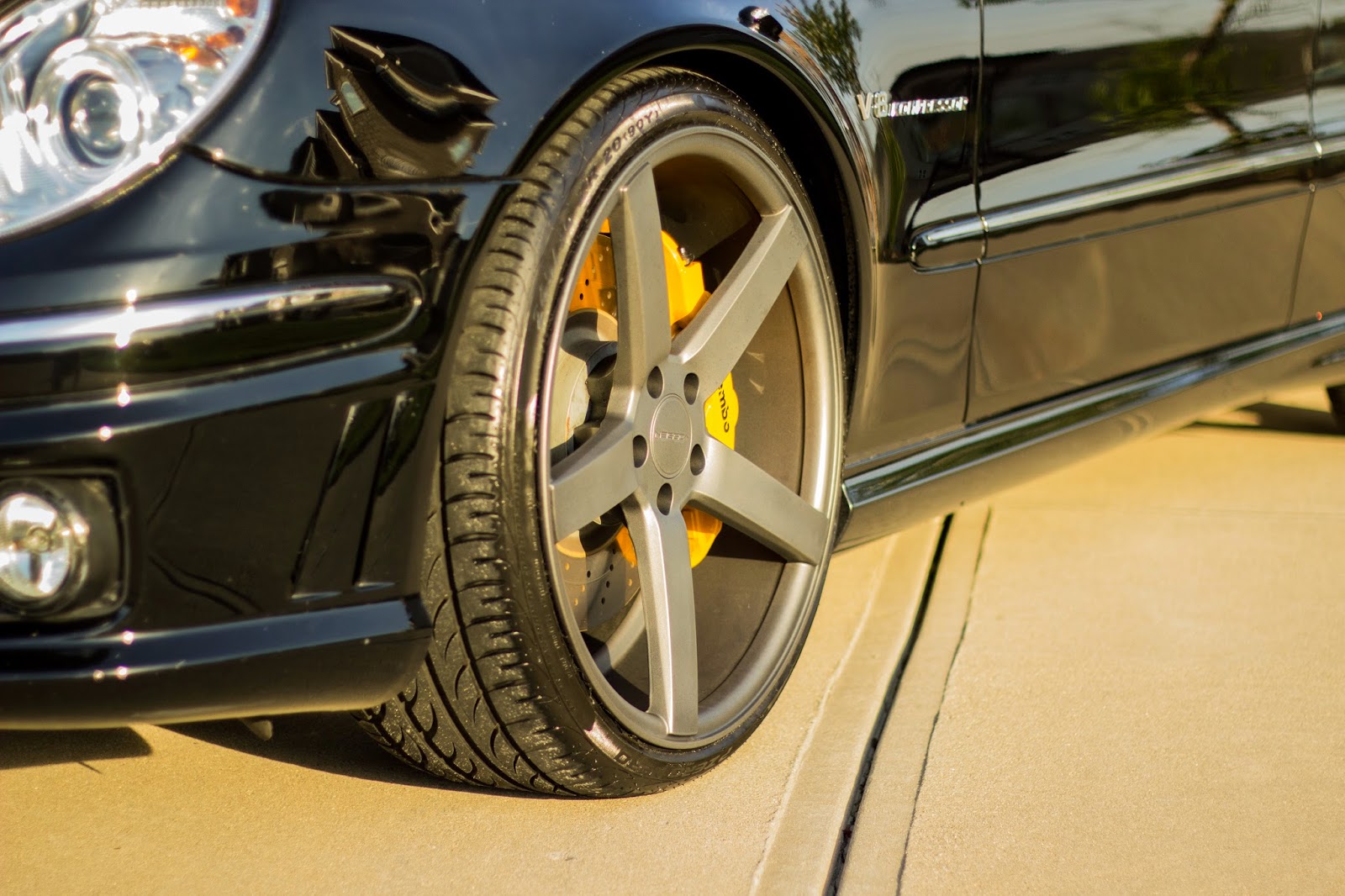 A little history on me and AMG. Many years ago when the first generation E55 AMG came out, a coworker and I took one out for a drive. It was burnout city. Big ole V8 shoved under the hood. We were not used to that much torque. It was a fantastic car. Few years later, the Kompressor comes out! The second generation E55 bumped up the power by supercharging the V8. This resulted in 469 horsepower, matched to a strong 5 speed auto and rear wheel drive. The first time I had a run in with one is something I will never forget. I was driving home from work in my Audi, and came up to a light right next to an E55. Nothing in front of us but open road. I tried to get owners attention and when I did, I motioned to race. He shook a no at me. Booooooo. I didn't care. Light turned green and I dumped the clutch and took off. While hitting second gear, I hear what sounded like somebody changing their minds. The guy had a change of heart as he was blowing my doors off, roasting tires through three gears in the process. This thing laid the longest patch I had ever seen. It sounded fantastic. I was hooked on AMG. 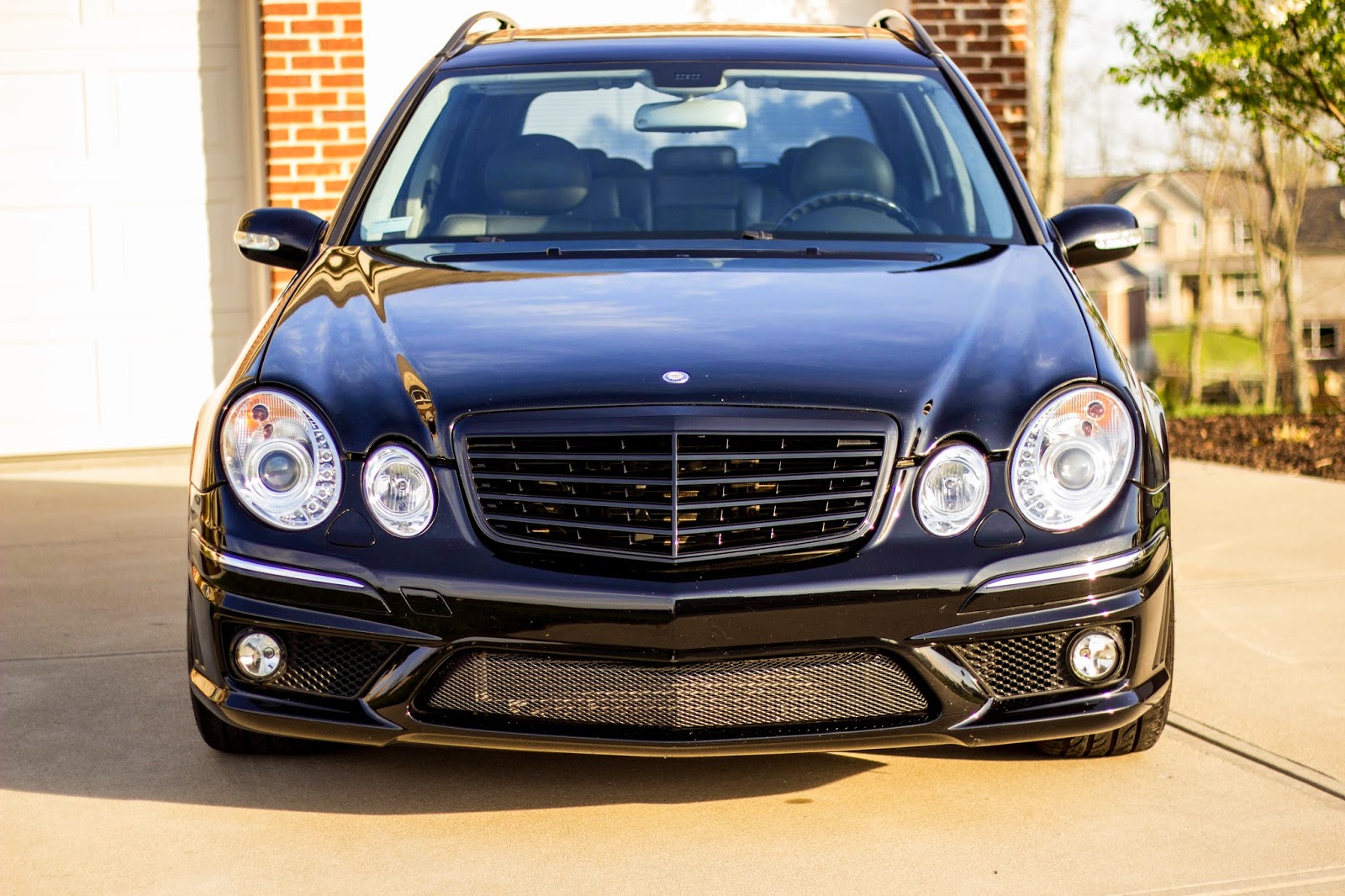 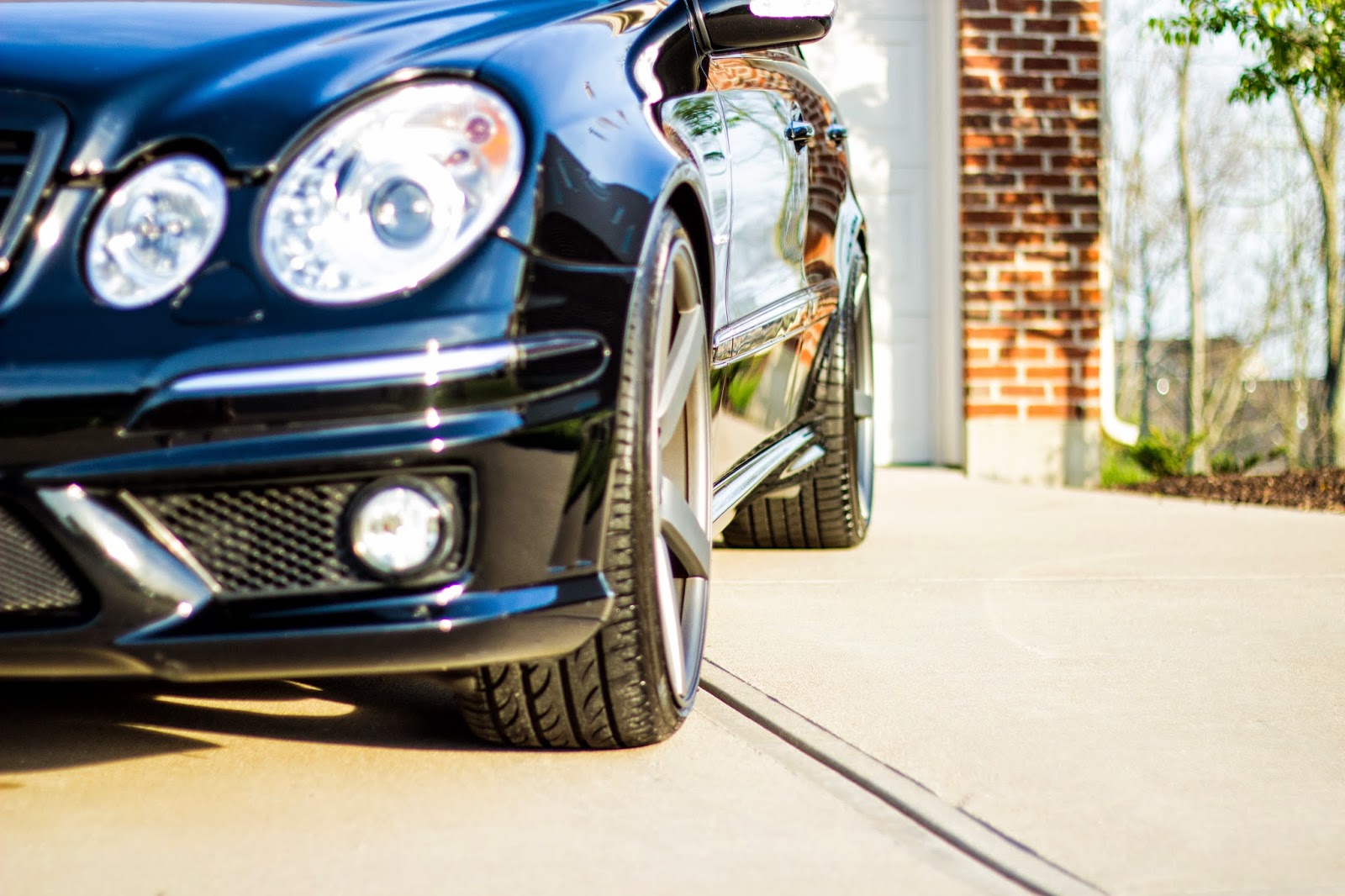 Fast forward a few years. The wife and I had just moved to a new house and found out we were about to have a little one. I decided it was time to ditch the old allroad and pick up a new car. I spent a few months looking and found the C55. This car had pretty much the same motor as the first gen E55, the N/A V8 but now in a smaller body sedan. It was a sleeper car. The car was tan, very grandma looking, and quiet, but it ran a 13.2 @ 108 stock at the local drag strip. Not lightning fast, but fast to shock some Mustangs and most tuned ricer mobiles. Unfortunately, the second car seat was too big for the little C class so it had to go. 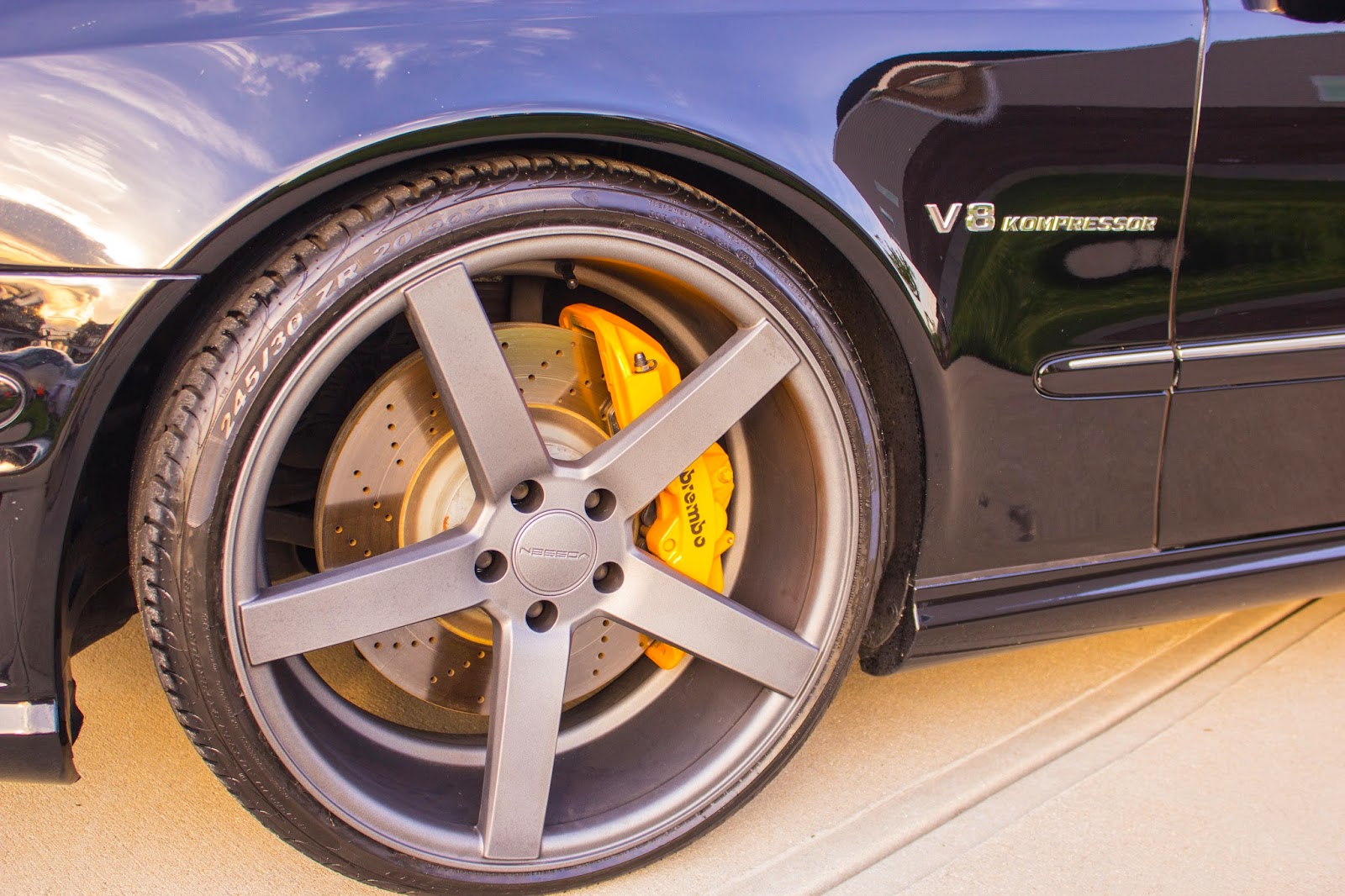 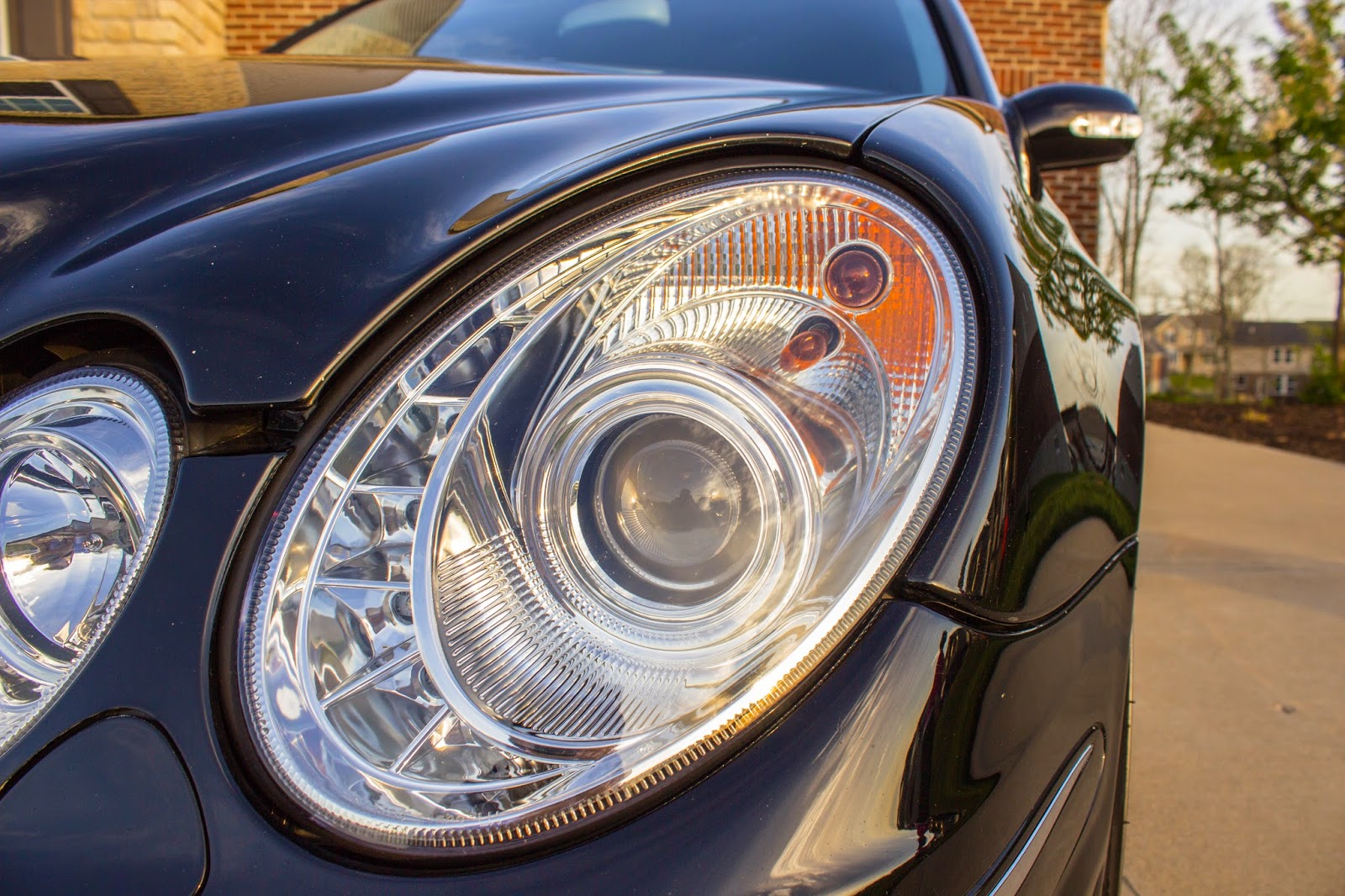 Fast forward another year and a neighbor and I were chatting again about cars. I told him about this awesome wagon for sale. A black E55 with some upgrades. Long story short, it was in his garage very soon after. This car is wicked. It's hard to even explain too. You really have to see and hear this car in person to appreciate it. The presence this car holds on the road is like something out of a Cannonball Run movie. It looks fast, and it IS fast. I have been in some fast cars before but the pull on this wagon is something you need to feel. It is the ultimate sleeper car. Minus the large wheels and the elephant man sized brake calipers, it would not be a car most would pay attention to. That's what makes this car special. AMG is known for sleepers in my opinion. Huge power from a car that doesn't look too much different from the standard models. I am a huge fan of the sleeper car, hence why I would take a fast wagon/sedan over most sports cars. 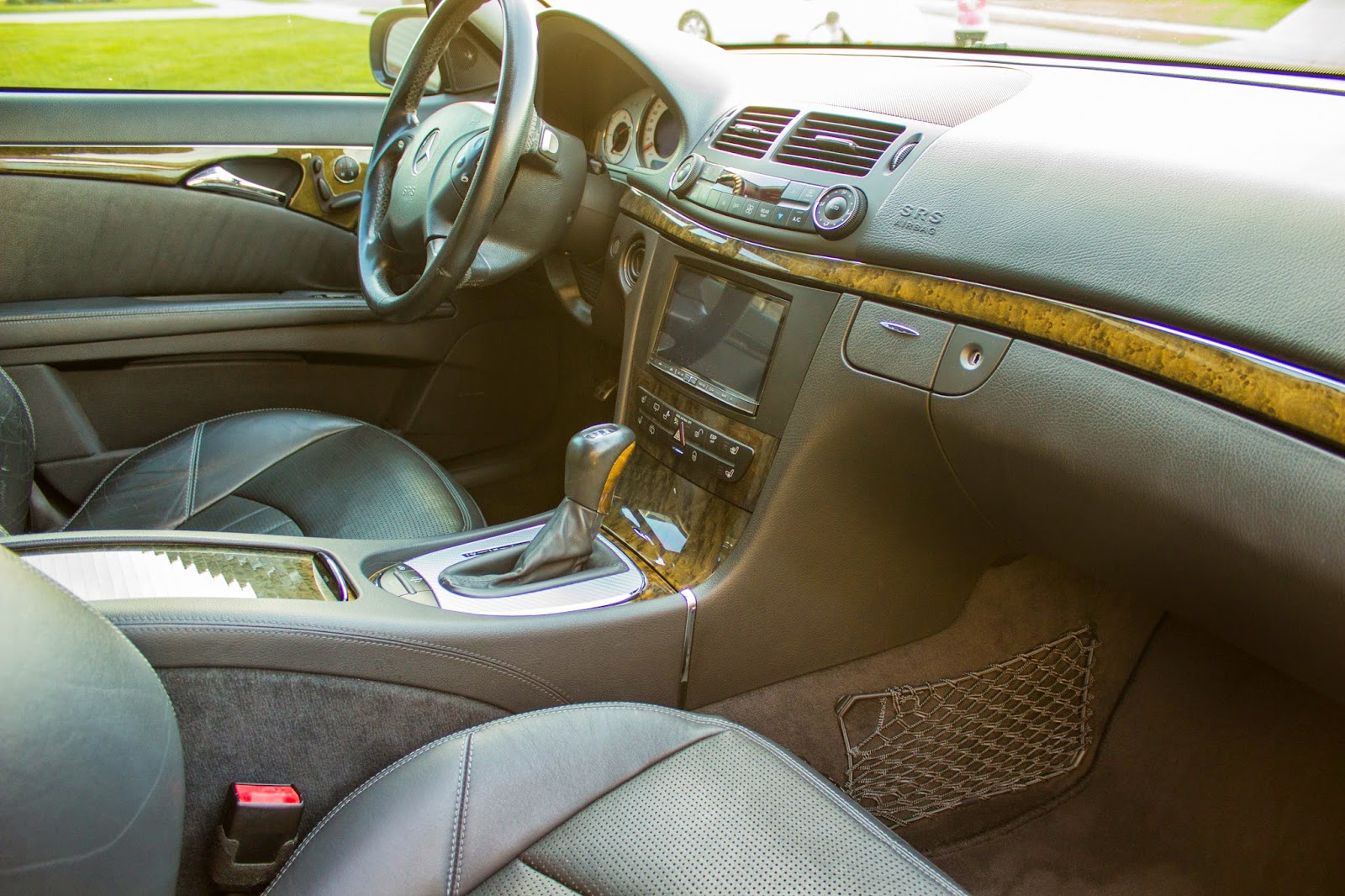 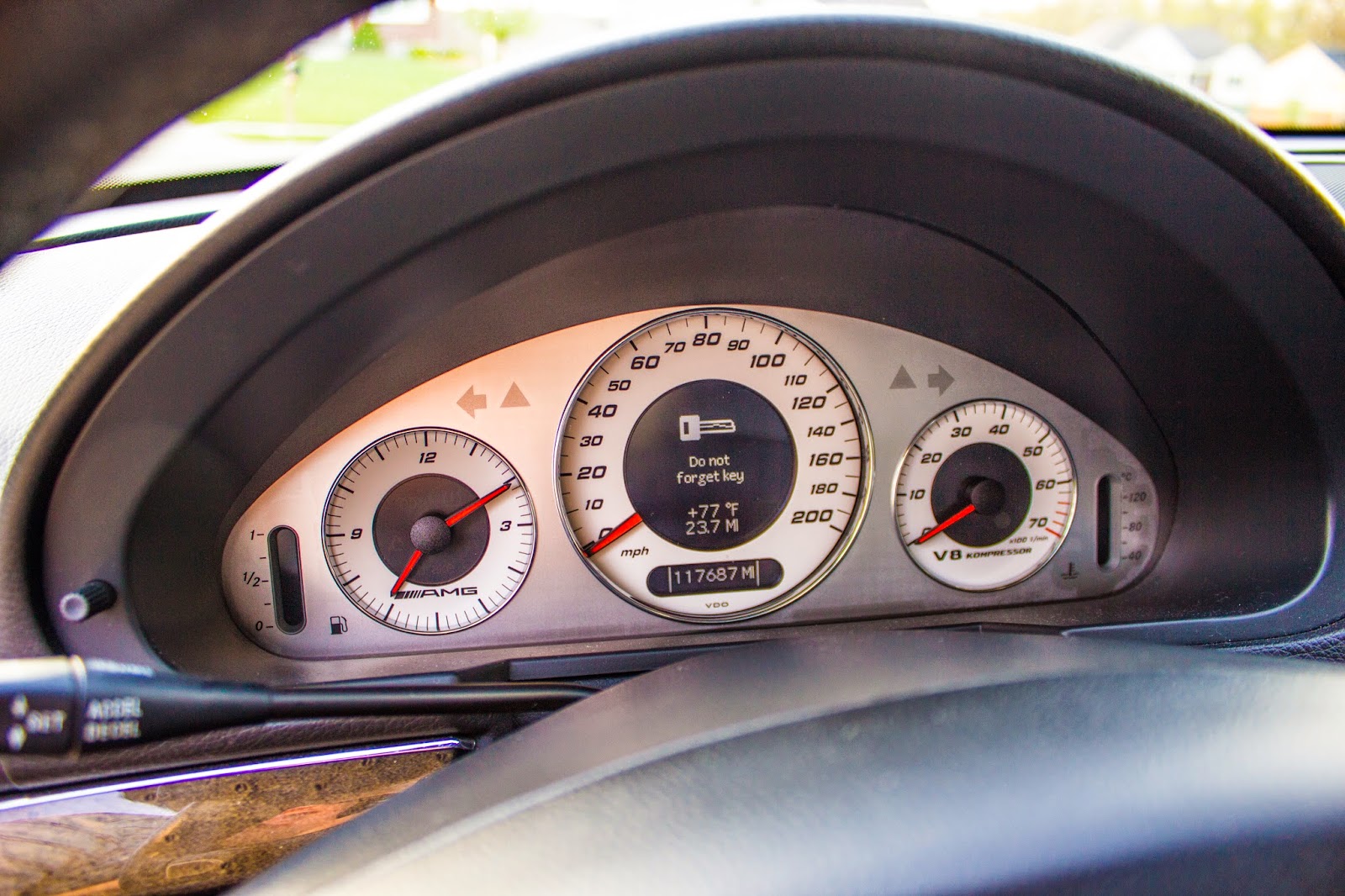 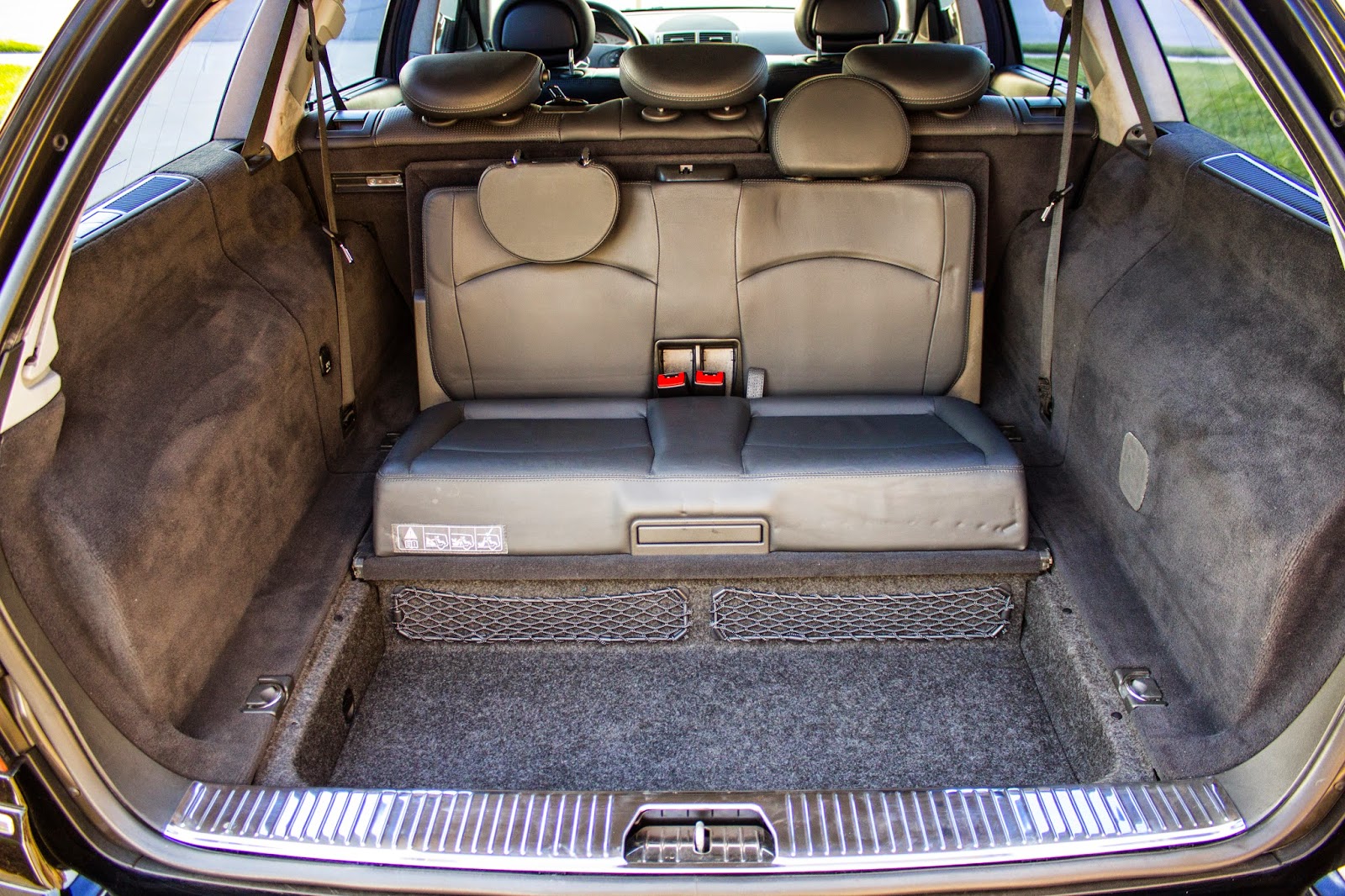 As you can tell, this car is spotless. The owner has been in a few episodes here already and has some of the cleanest cars ever to grace my driveway. This car does not look old. Paint is in great shape, interior looks brand new, and in typical fashion with this owner, a lot has been upgraded. The navi system has been updated to an interactive entertainment system, complete with back up camera. The AMG in the door sils has also been updated as you will see below. Glowing AMG! This car even has the optional rear facing seat! If you grew up in the 80s, you know about the rear facing seat on station wagons. Don't really see that anymore but what an awesome feature. I recall a story about a guy who rides and writes for a sport bike magazine and had recently tested a BMW sport bike. He talked about how much he loved Germany because he was following a wagon on the Autobahn and two kids were in a rear facing seat watching him. He said the driver must have told the kids to wave because they did, and then the car was gone. I am pretty sure he witnessed an E55 AMG like this one. I would love to be a kid in my pops wagon doing 170 on the Autobahn backwards. haha 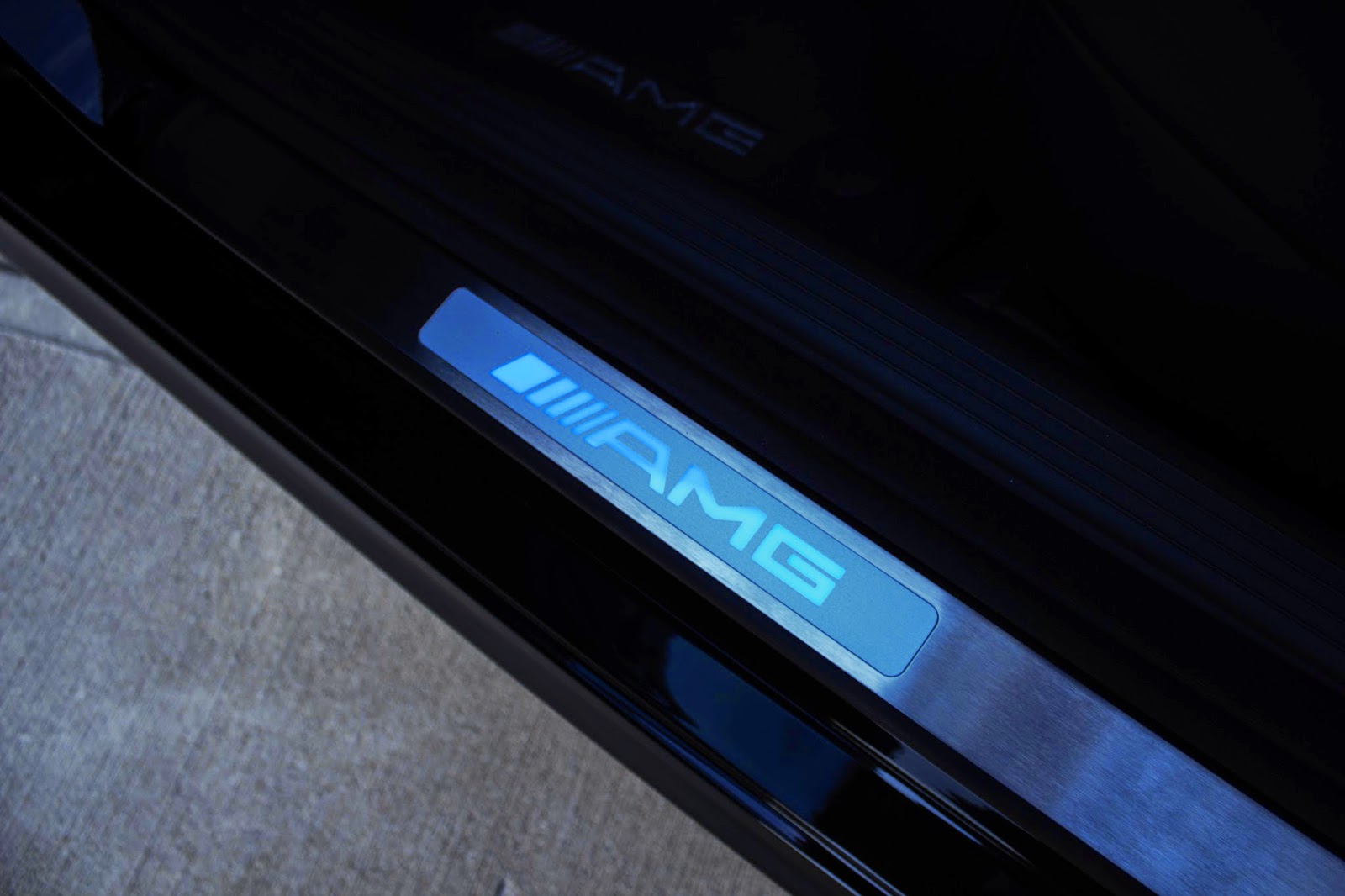 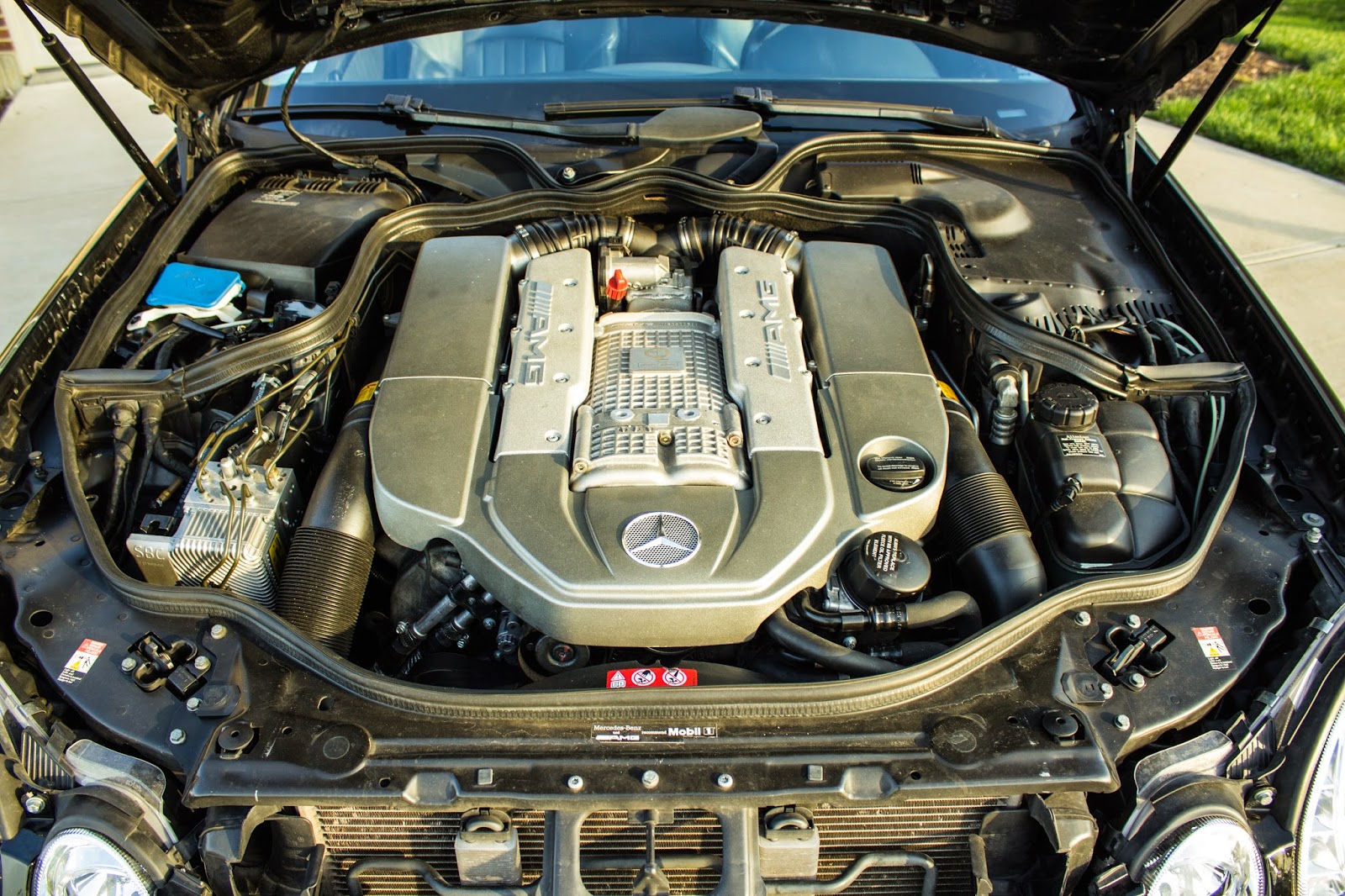 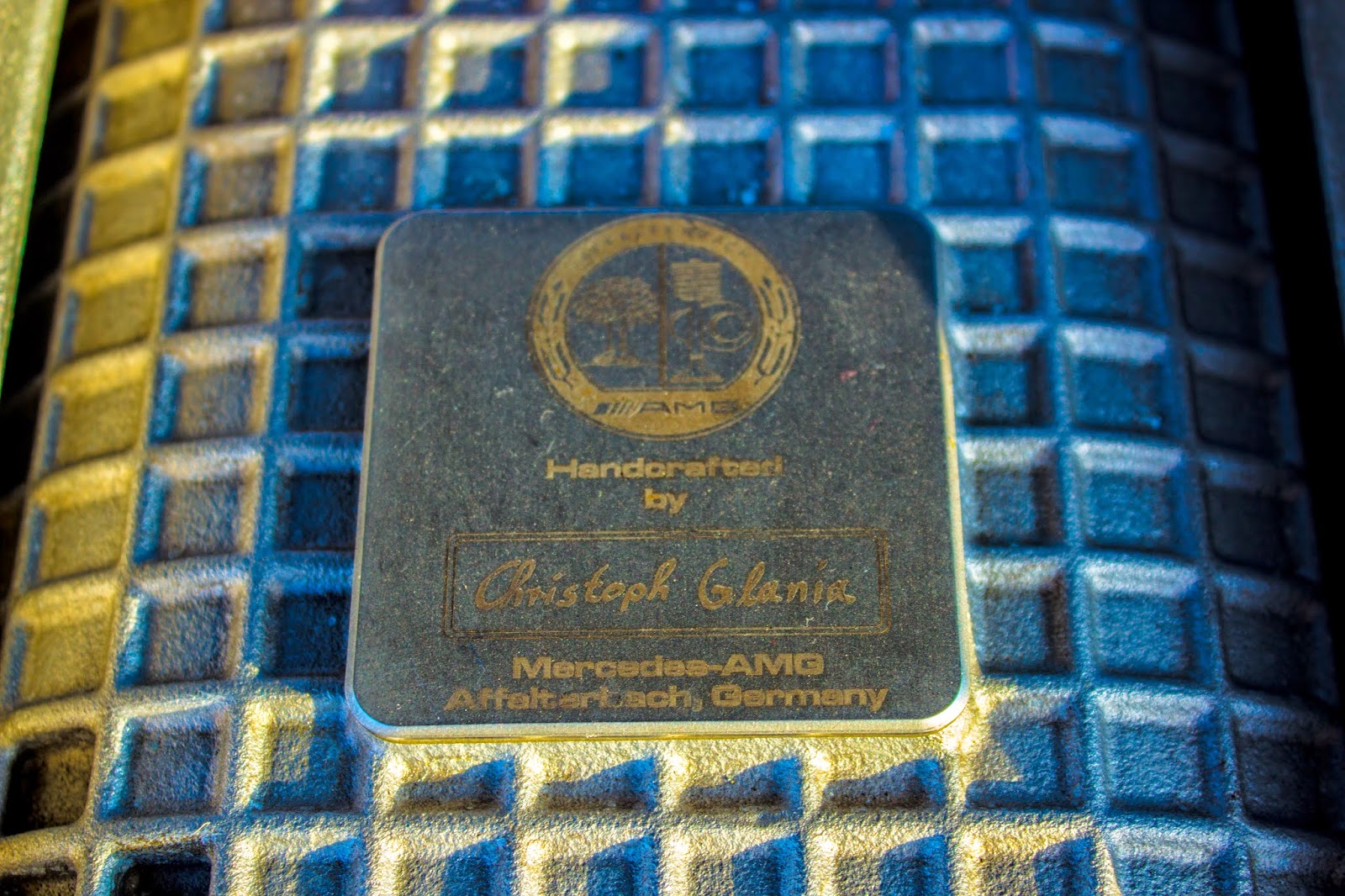 For those that don't know much about AMG, they are the performance division of Mercedes. There is a great history with AMG so take a gander on the internet sometime and check it out. Engines are hand built and signed with a name plate of the builder. (pictured above) AMG has been recently cranking out some serious power out of some of their cars and hopefully someday, I will have another. Oh, and the part about how I hated the C55? Well, go sit in one and look where the window switches are and try to use the navigation. The interior was not thought out too well on that car. Fun to drive, but irritating with the design. In a list of the top 10 cars on my radar for future purchase, AMG's fill almost half of them. They are really addicting to drive. Mercedes, if you are listening, I would love to do a long term review on your new E63! 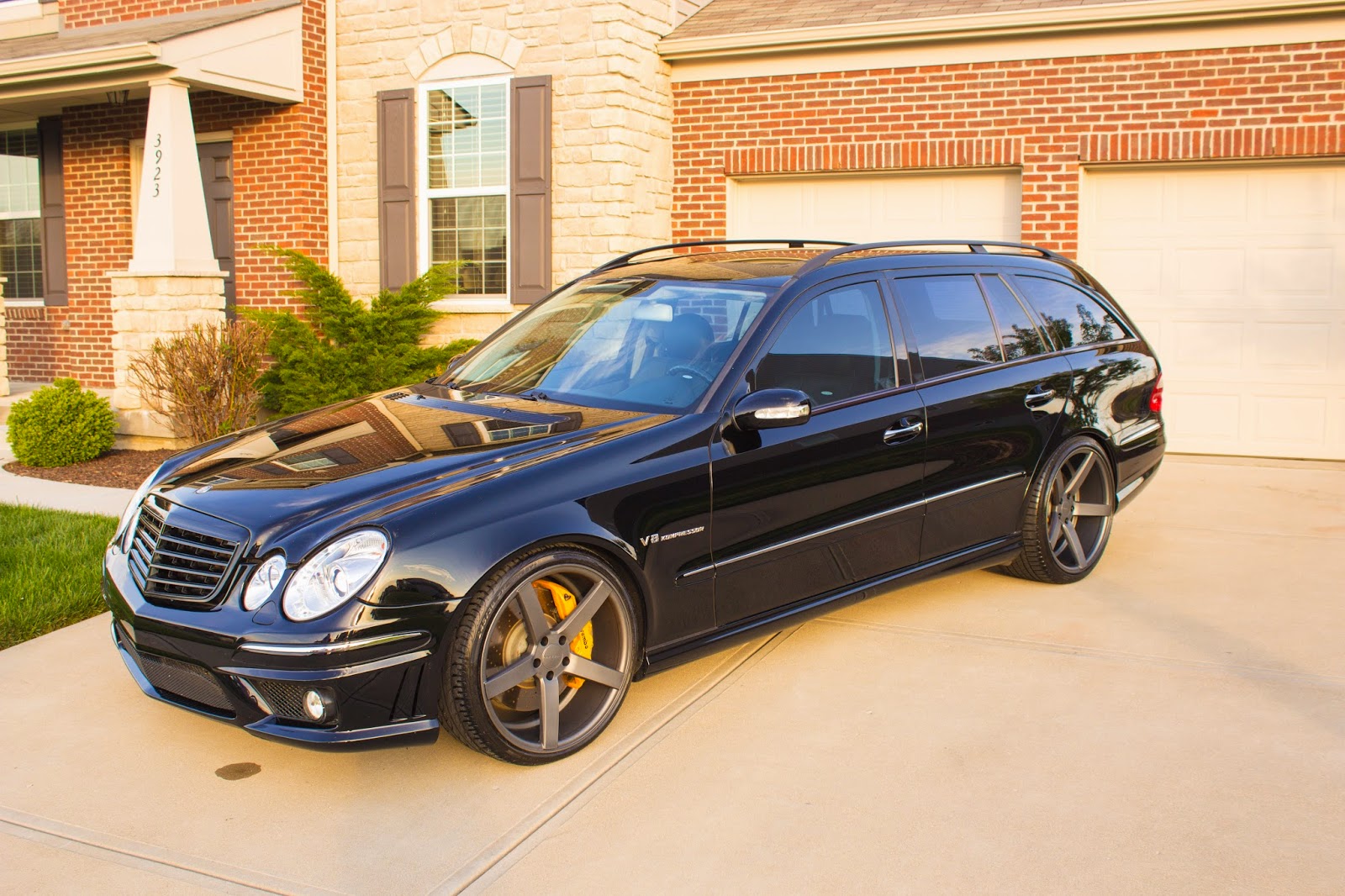 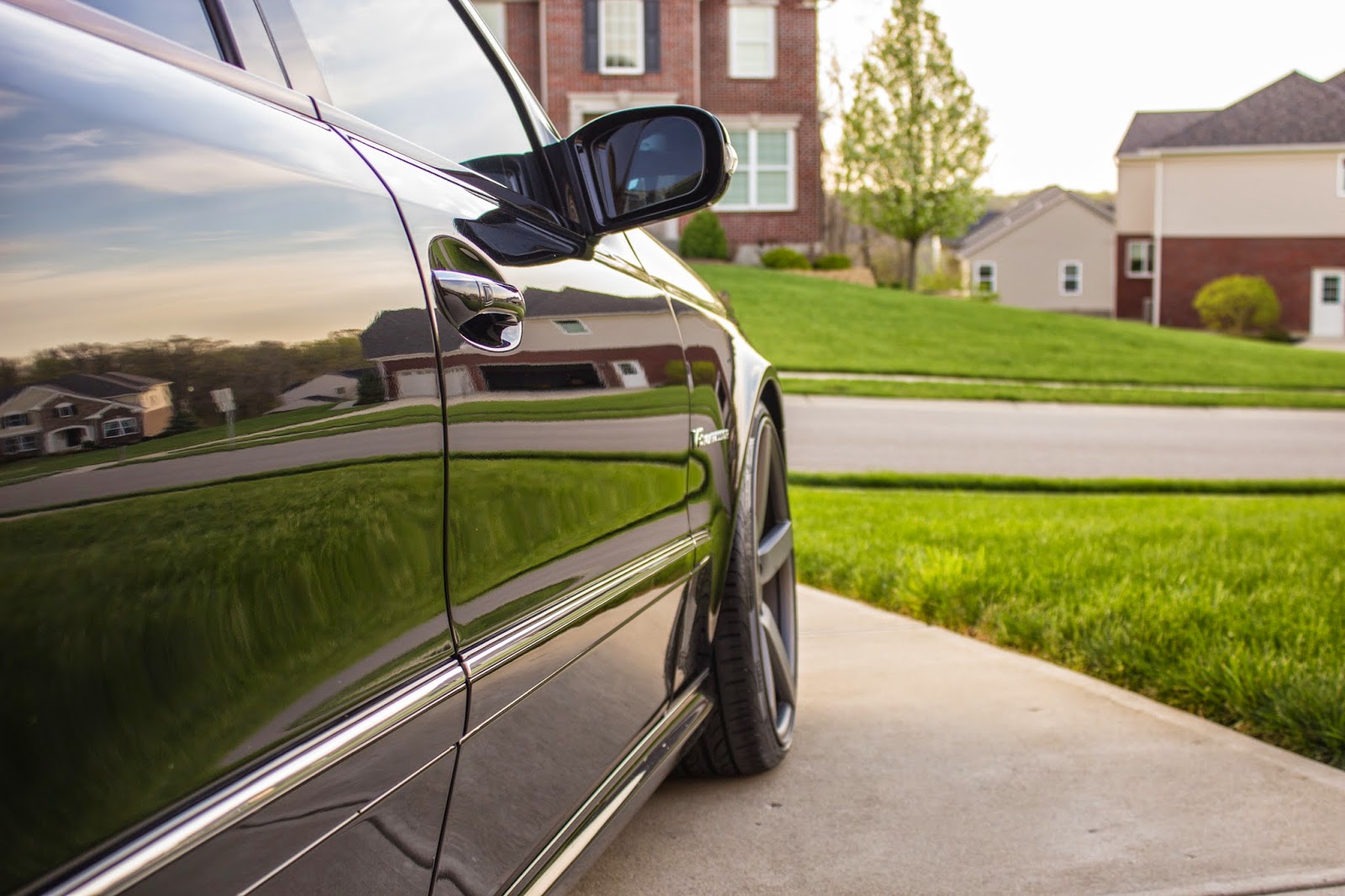 Thank you to the owner for bringing this car by. Every time I hear this car, I am like a kid looking into a pet store with my face glued to the window! Thank you for reading and hope you enjoyed the write up. Again, just learning the new lens and software so hopefully the pics turned out ok. I will even include a little artsy one. haha  Looking forward to a good season and if you know a unique car that you have or would like to see, shoot us a message! 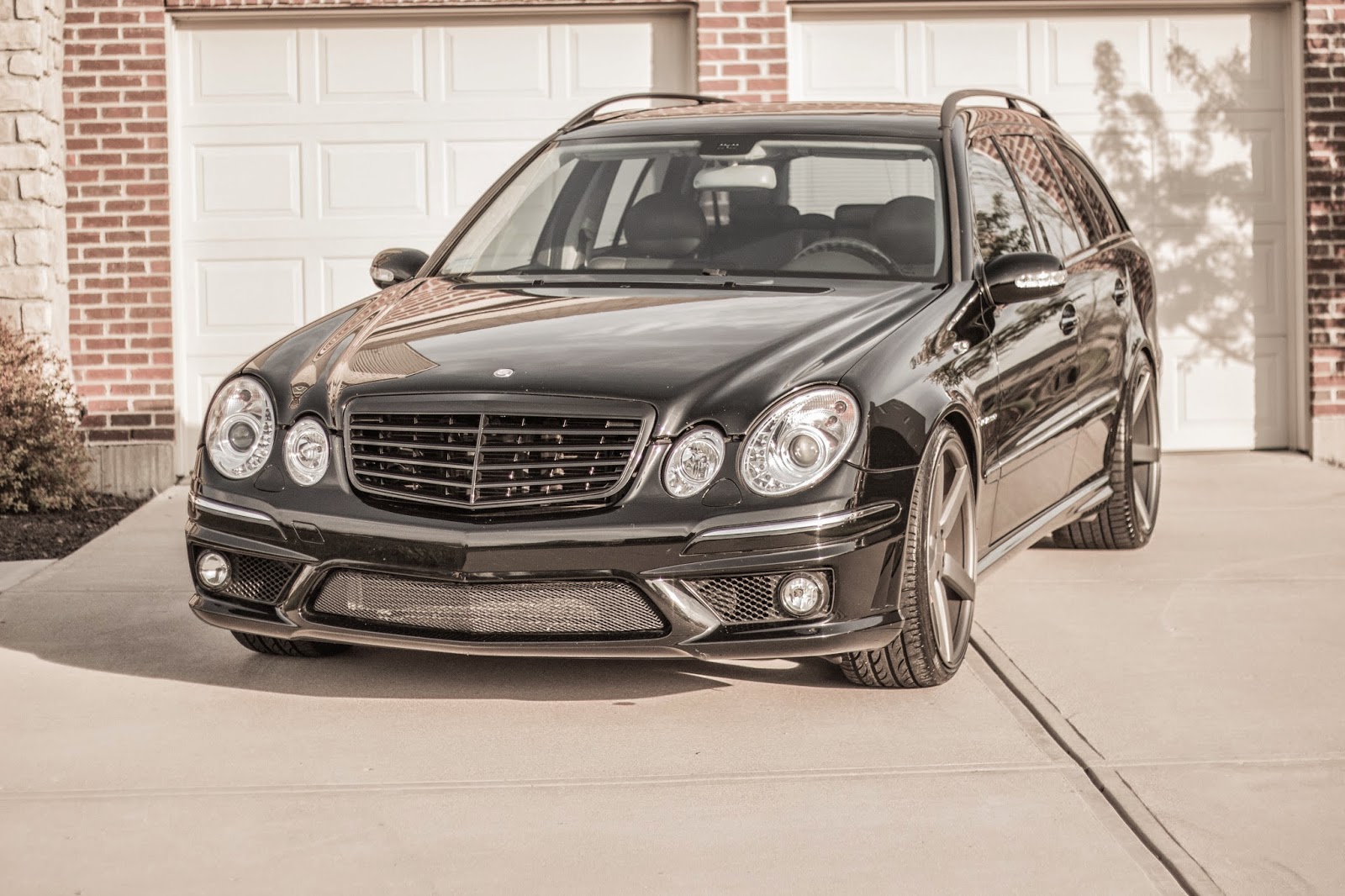 Posted by Cars In My Driveway at 8:17 PM