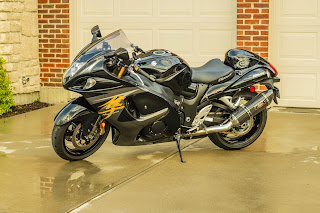 Back in my crazy driving days, I never really got into the bike scene. I never really looked at bikes as a way to get your speed fill for the day. I would just roast tires on my 5.0 or fishtail around a corner or two, but the 5.0 was a 14 second quarter mile car back when I had it in late 90s. Fun then..... slow as molasses now. The first bike I ever rode was a TL1000R. Yup, first time ever riding a bike and I ride a 1000cc bike. Stupid, but I learned very quick. Within 100 feet, I knew the basics of riding and took the TL1000R out for a little fun run. I will never forget that day or the buddy who trusted a newb to ride his new bike. RIP Roger! Few months later, I got to ride a CBR600RR. Wonderful bike. Few months later, I got to try my luck on a 929RR. This is the first bike that scared me. See, when I rode the TL1000R and the CBR, I never really gave them too much throttle. I gave enough to have fun but I never opened them up, and by open up I mean taking one to redline. If you have never ridden a sport bike, you'll know what I mean the first time you ride and tach one out. I'm sure for the riders here reading, you still remember the first time you ran through the gears. 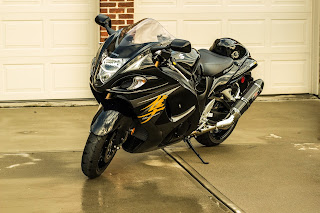 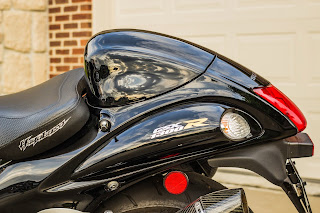 So..... I was riding the 929 getting to know it a bit. Short ride, just to get a few pulls in. I knew I was way too inexperienced to open up first gear on any of the bikes I had ridden so I thought to myself, hit second and give it the beans. Holy F! Pulled the wheel straight up. 30 seconds later, I pulled in my driveway and went and had a few drinks to get rid of the shakes. It was scary as shit. When you don't expect that, it's scary as shit. That's when I developed a respect for bikes. Fast forward a few years and I ended up picked up a Triumph Daytona 650 after getting on the Triumph kick- my brother had a 955i at the time. 600-750 cc sized bikes in my opinion are perfect. Great handling and already fast as hell, although maybe not the most comfortable. In comes the Hayabusa and says, "Screw everything!" 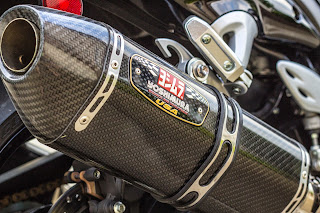 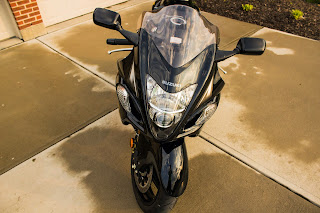 Suzuki executives must have said, "Let's make the most bulbous, but fastest bike ever made. As a result, 1300cc motor. 1300! The Hayabusa has a motor twice the size of my Triumph. To me, my Triumph was pretty quick, like quick enough for anyone to ever need. It would outrun pretty much any car on the road. My bike had 114hp. Hayabusa is over 170. Yes, the Hayabusa is also a lot heavier, but power to weight is real! This bike will pull off a 9 second quarter mile and almost hit 100 in first gear. Stop and think about that for a second. Max speed limit locally is 70 on the highway. One gear needed. haha Almost 100 in first gear. Now I have not ridden one but the owner did let me sit on it and I noticed one thing. Wow, this bike is huge. At first I didn't like it. Then a few hours later I was thinking about it and thinking about what the owner and a few other people have told me about the bike. It's basically the GT of bikes. Big power, not the best handling, but a joy to ride on the road. 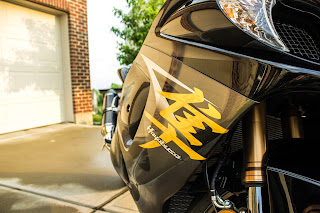 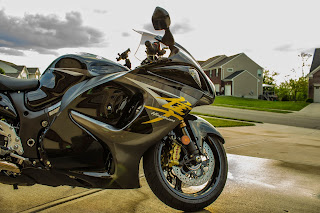 I could see this bike being an awesome cruiser for a long trip. I can also see this bike doing a wheelie from 0-180. I'm sure it could do it. When I see them on the road I tend to miss my bike, but then I think of what this bike can do and how stupid I was on the Triumph and I switch to, "Thank Jesus I don't have a bike." Close up it actually is a large bike, very bulbous and long. The curves make it all worth while though. The ferrings on this bike are like nothing you see on a typical street bike. Lots of places to enjoy on this bike. Even though it may look large, it looks insanely fast too. With some pipes like this one has, it also sounds awesome as well. Just once, I would like to experience the pull on a track to see what this bike is about, but I don't think I could hold on. 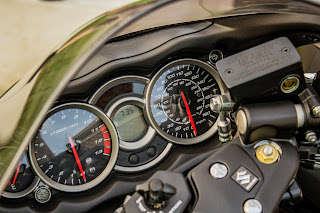 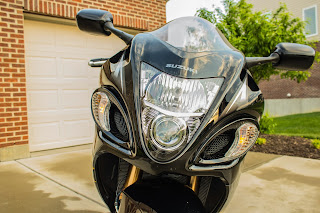 Thanks to the owner for getting a text to bring it by, and then showing up 30 minutes later. This bike has a good and bad reputation it seems. Every biker I have talked to has a story about one. Either way, this bike is designed to be fast as hell, and it is. I unfortunately don't know too much about it besides what people tell me or videos I see on Youtube. FYI, Youtube videos of the Hayabusa and be seriously amazed. That's your homework for this story. Hope you enjoyed the pictures, although not as many as you see on other stories. Only so many pics you can take of a bike. LOL. If you get a chance to see one in person though, do it. Pictures don't do it justice. It's much more pleasing to look at when it's shining in your driveway. 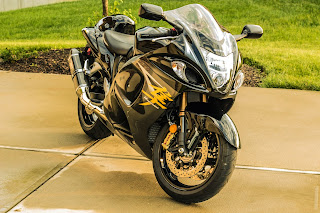 Posted by Cars In My Driveway at 9:04 PM