When I was young, riding the yellow twinkie to school, a few of us decided that the 45 minute ride was just flat out boring. We were all car enthusiasts and our high point of the day was passing a Euro/Exotic repair shop halfway through the drive and seeing what was there. This shop was in the nicest part of town, and I remember vividly seeing multiple Rolls/Bentlys, the occasional Ferrari 308/328, and even a glimpse of a Porsche 959, which almost made me soil myself. So our group of friends started a car game where you received points for spotting certain cars, more points for more exotic cars. We moved from the back of the bus to the front to get the best/first glimpse of every car coming at us. The bus driver must have hated us yelling in his ears. CORVETTE!  BMW! FERRARI!

I remember reading the Car and Driver magazine when the 300zx came out. It was like nothing I had ever seen before. I even remember the first one I spotted while riding to school one morning. Needless to say, I won the car game that day for spotting it first. It was the gold colored body. Very odd color, but what a sharp looking car. The color was the least of my concerns.... the car was bada**! 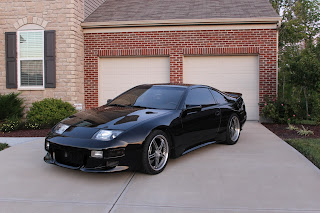 A good friend of mine ended up picking one up a few years back. Spotless, low miles, and ready for mods. Even stock it had some pick up to it after all of these years. He threw a lot of money into it and that car was batshit fast. Traction problems seemed to plague it though. Sooooo much power just lighting up those tires. We even took it to local drag strip and I don't thing he caught traction till 4th at the finish line. I know how much power these cars can make. Unfortunately, the ricer crowd has destroyed many of these cars, mostly the N/A ones, and that's fine.

Enter Jeff... who did the exact opposite of Joe Ricer. Jeff is a neighbor that loves cars just as much as I do, maybe even more if you saw his garage. Jeff took a N/A 300zx, did a full conversion with upgrades to turbos, intercoolers, exhaust, and even a built bottom end, and turned this car into a monster. The car is quick..... and shockingly quick. Just when he is cruising down the street on a sunny Sunday morning and gets on it, there is NO lag. The car is just lighting up the tires and the blow off valves are louder than the Civics at the beginning of the original Fast and Furious movie. There you go Jay, your F&F shout out. 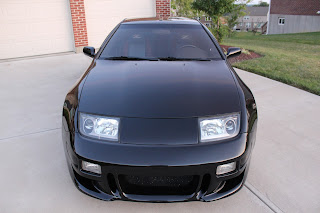 The best part about this car is not only is it fast, but the other parts he spared no expense. Stop Tech brakes and fully adjustable suspension help put the power down better while stopping the car when needed. I texted Jeff about the power and his response?  A dyno chart picture! That's how it's done boys. No trash talking or bragging about what it might do. 18 psi delivered 504 HP to the rears with 491 TQs. This car is fast, and CLEAN! Jeff takes amazing care of his rides and anytime you stop by his house, that car is covered and looks like it has been tucked in and read a bedtime story before nighttime. But the best part about Jeff, like very few others, all he cares about is the car experience. He doesn't care about racing people at the track or busting off a 40 roll on the highway or even trash talking. He just enjoys having a fast car and driving it when he has the time. That's what I respect about this car. It has that nostalgic effect while at the same time roasting most sports cars on the road today. And it trumps the 350/370 Z when it comes to looks and power. To this day, I believe this is one of the best looking sports cars ever made. It has that sleek, short, powerful look to it. Others pull that look off too, but without the power to back it up. 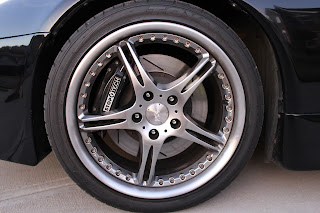 Thanks to Jeff for bringing it by! Hope you all enjoyed episode 3!  More cars to come!
Posted by Cars In My Driveway at 5:39 PM