Many years back, I had a job change and ended up moving from Ohio to Northern Kentucky. It was unexpected but now that I look back, I am glad it happened. I had worked in Florence, KY before and really enjoyed the people down here. They are just friendlier. At the time, I owned a 6 speed Audi allroad with the V6 biturbo motor. It was stout for how heavy it was, but it wasn't winning any races any time soon. I had a personalized plate on it referencing to other soccer moms in their vans and wagons that I was faster. Then came Brian. I by chance met Brian while cruising down a main road in Florence. His Legacy GT plate also referenced he was quick. I knew I would have no chance, which is why Brian kept trying to roll race me. I politely declined and we went on our way. 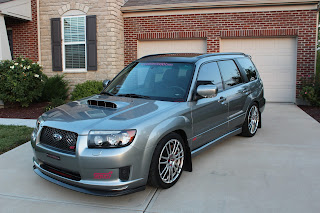 Few years later, I ended up talking to a guy on a local automotive website about some cars, and ironically, we both realized we were the two cars on that road that day. Over the next few years, I have gotten to know Brian and his family pretty well. From helping us take rolling shots of a few buddies on our motorcycles to organizing charity drives for Scoobies for Boobies cancer research, Brian and family are committed to the plethora of automotive events that take place every year. Brian and his family also organize an annual Subaru meet at a local dealership to provide other Subaru enthusiasts a place to chat and show off those cars that, although different, sound very similar. They do! It's a good sound though. 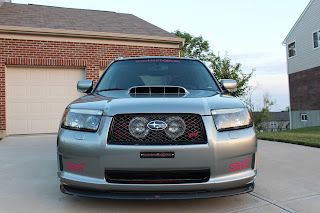 The Forester here is a 2007 with a LOT done to it. This car has a STI motor with a 6 speed manual transmission in it. I remember once riding in it with a few other people when he had the automatic still in, and he brake boosted at a light and launched it with extreme traction. I was shocked at how that sleeper got off the line. Brian and his wife have both ran 12.9s in the quarter mile so this car can gittyup! It has since gone through some transforming and it also has taken on a persona of its own. This car has been featured in magazines, signed and driven by rally driver David Higgins, and has been in more photo shoots than Pam Anderson. And yes, it has its own Facebook page. But, it's not how you stand by your car, it's how you drive it. (F&F reference) This car is driven.... hard. And the best part, this is his wife's car! And Pam can drive the hell outta it. 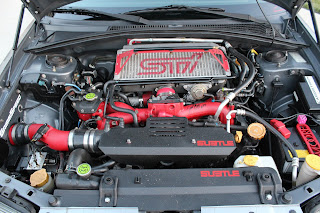 Not many people know this, but I have always had a spot in my heart for Subaru. Back before my truly obsessive Audi days, I used to watch my favorite rally driver give it hell, no matter what. Colin McRae was incredible to watch. He was not the most technical driver around by a long shot, but he was fast. Watching Speedvision, back when it was good, and seeing Colin go up against Richard Burns, took your breath away. They were crazy, not Group B crazy by any means, but crazy. For those who don't know Group B racing, Youtube it. That's your next assignment. Jaw dropping! So I have always rooted for Subaru when Colin was driving. Yes, I was sad when he went to Ford. 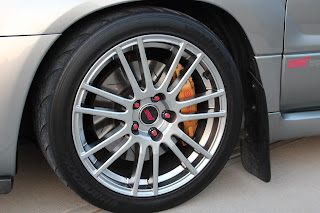 Back to the Gray Goose. Again, this car has a personality that is hard to explain. Wolf in sheep's clothing, if the clothing was jeans and a shirt that said, "I give no shits." It does look menacing even with the boobies stickers all over it. Brembo brakes, and some nice alcantara seats finish it off. Pam and Brian have spent a lot of time on this car, spent a lot of time helping organize events, and have brought the local Subaru community together even closer than they were before. I respect that the most. Pam and Brian are a model for what other families should be doing. Not all families have the same Subaru blood running through their bodies like their crew, but they are a tight family who should be looked at as how America should be. Get back to the family and do things together! 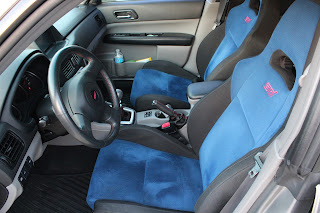 In closing, I just want to say thank you to Brian for bringing over the wife's ride. Thank you for keeping the car community together as much as you can. Thank you for spending ungodly amounts of time organizing charity drives and inviting non-Subaru drivers. Most of all, thank you for going against the grain and building a sleeper wagon. Brian knows well I love the wagons. Pam, thanks for letting him drive your car over, I would never let anyone drive it if I were you! Keep it to yourself! 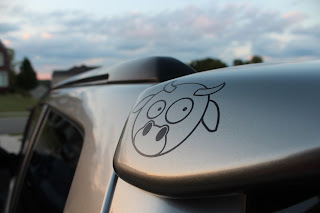