I will be completely honest here. I have rarely looked at a Lexus and been totally blown away by the design. I am not sure why either. They are very popular cars. They sell well and seem to be more of a reliable luxury car than some others out there. They just never screamed out as a car that had a soul.....more robotic if that makes sense. I recall years ago a coworker picked up a SC400 right about the same time I bought my first Audi, a 98 A4. I didn't want to bash his car, because it was nice, but I really thought it was a basic car with looks equal to that of a tapeworm. At the time, again only my opinion, the A4 was hands down a better looking car, and being a manual versus his slushbox automatic, my car was more fun to drive. Lots of you will disagree and call me crazy and that's fine. It's healthy to have conflicting agreements as long as you understand the reasoning behind it. Let's continue........

Very soon after, the IS300 started popping up all over the place and it made quite an impression. Not only on the street, but in video games. If any of you played the original Gran Tourismo, you at one point had an Altezza, the Toyota equivalent to the IS300. I will be honest again, I really liked this car. Not only because of the video game and its presence in there, but all around it was a good looking, sporty car. All of this was in a time where I started my obsession with the sports sedan. I was growing out of my mustang days and wanted something with more quality and practicality. Anyone remember what 90% of people said when they were talking about the IS300? Times up!  Everyone loved the dials on the dash. They were completely different than what you would usually see. I'm sure some of the cars were purchased for that reason. It was like looking at a very expensive watch! Very cool design.

Then the SC430 came out, and I lost all respect for Lexus at that time. Anyone who thinks that car was well designed needs to have their head examined. It resembled a Beluga whale driving down the road. I really wish at that point Lexus would have called me up and asked me about my opinion on the car. I would have nixed that eyesore immediately. In the words of Forrest Gump, that's all I have to say about that. 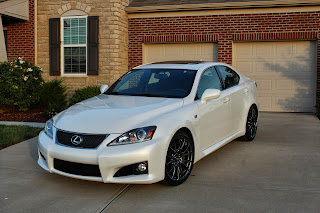 The new body style of the IS line finally had it nailed down. A solid design that looked like it was ready for the A4/3 series/C-class counterparts. There was still one thing missing. The line didn't have the performance options like the Euro cars did. With Audi's S4, BMW's M3, and Mercedes' C55 all running laps around the IS250/350, Lexus had to jump in with something to make a statement. The ISF did just that. Finally a big V8 in a beefy, bulgy car that would rival the Germans. Now, I never really thought too much of this car because of the V8's put into the SC models, which were never anything to write home about, but a V8, rear wheel drive sedan was exactly the type of car that I secretly love. It was a sleeper, just like the AMG cars. Stockish body, powerful engine, a great combination. 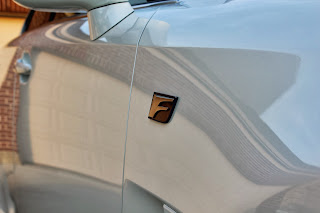 An acquaintance so happens to have an ISF and I would randomly run into him every once in a while. We never really talked a lot, just had the occasional wave. We never really chatted but would always see each other on the local roads around here. On the way home from work one day, it just so happens we got next to each other on an open road. Of course this all happened in Germany in a section where there are no speed limits. I was in the C55 AMG which is stock, and his with a little exhaust work. By little I mean it's louder than any Lexus has ever been. We both dropped the hammer and after my little 5.5 pulled a bit while he waited for his to downshift 17 gears, he started to pull, and pull hard. I had my windows open as well. Bad idea. I was on the verge of bleeding out of my ears. IT WAS AWESOME! haha His ISF is that perfect balance of sounding beefy when going easy, and sounding Nascar-ish when you are getting on it. The car is quick, very quick. At that point, I had to have it over for this page. It was then I actually had the chance to have a conversation with the owner. Now, instead of the creeper wave, we actually know each other, and that's exactly why I started this idea. Cars In My Driveway is a way to meet other car enthusiasts and chat about their rides. It's as if I am bringing a car show to my house, one by one. 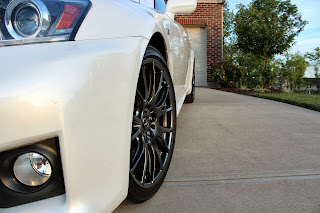 So let's recap. I didn't like Lexus too much, liked a little when IS300 came out, love the ISF. The LFA is also a car I would love to check out, and the rest of the Lexus lineup still needs a little help (Lexus, I will be available for my opinions if you like), but they are headed in the right direction with this car. It's nice to see more competition in the sport sedan segment other than what Germany has to offer. Thanks to Matt for bringing the car over. The wife even said that was a really nice car and that's a shock, as I have convinced her that Audis are the only nice cars on the road currently. haha Looking forward to more meetings in Germany for more fun runs! I am finally a Lexus believer, well at least on this car..... the next SC better not look like a sloth or something! 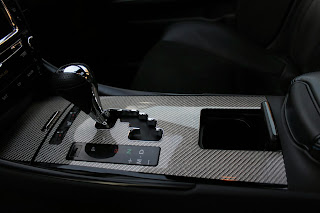 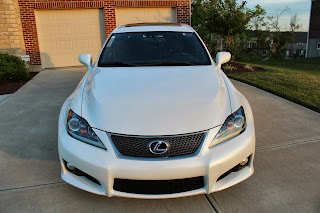