"What is that?" - The Noble Question 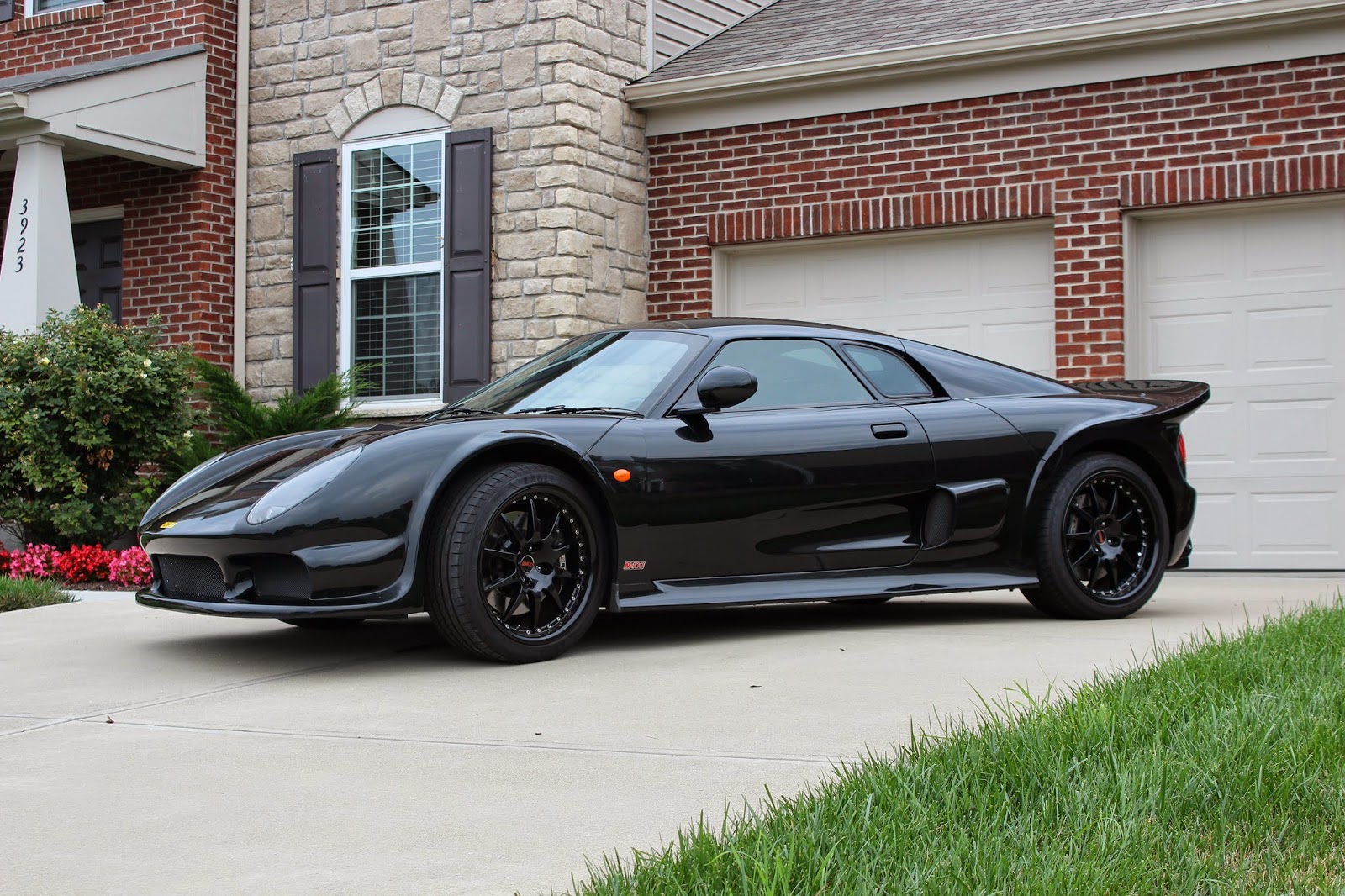 It has been one year since I started this idea and I couldn't be happier about it. I have met a lot of cool people who brought their cars down to my place, let me take pics of their cars, and sometimes have taken me for rides. I have been up close to some of the most unique cars around town, had some crazy adventures in my neighborhood that involved horses, firetrucks, and ATVs, and I had the opportunity to ride in my first Ferrari! Not bad, eh???? Seriously though, I have had the honor of talking to some of the coolest car people in Cincinnati and we have always had a great time chatting about their cars. It has been a wonderful experience and thank everyone of them for making the last year epic. I can't imagine what the next year has in store but I think the page is off to a good start! Introducing.... THE NOBLE! 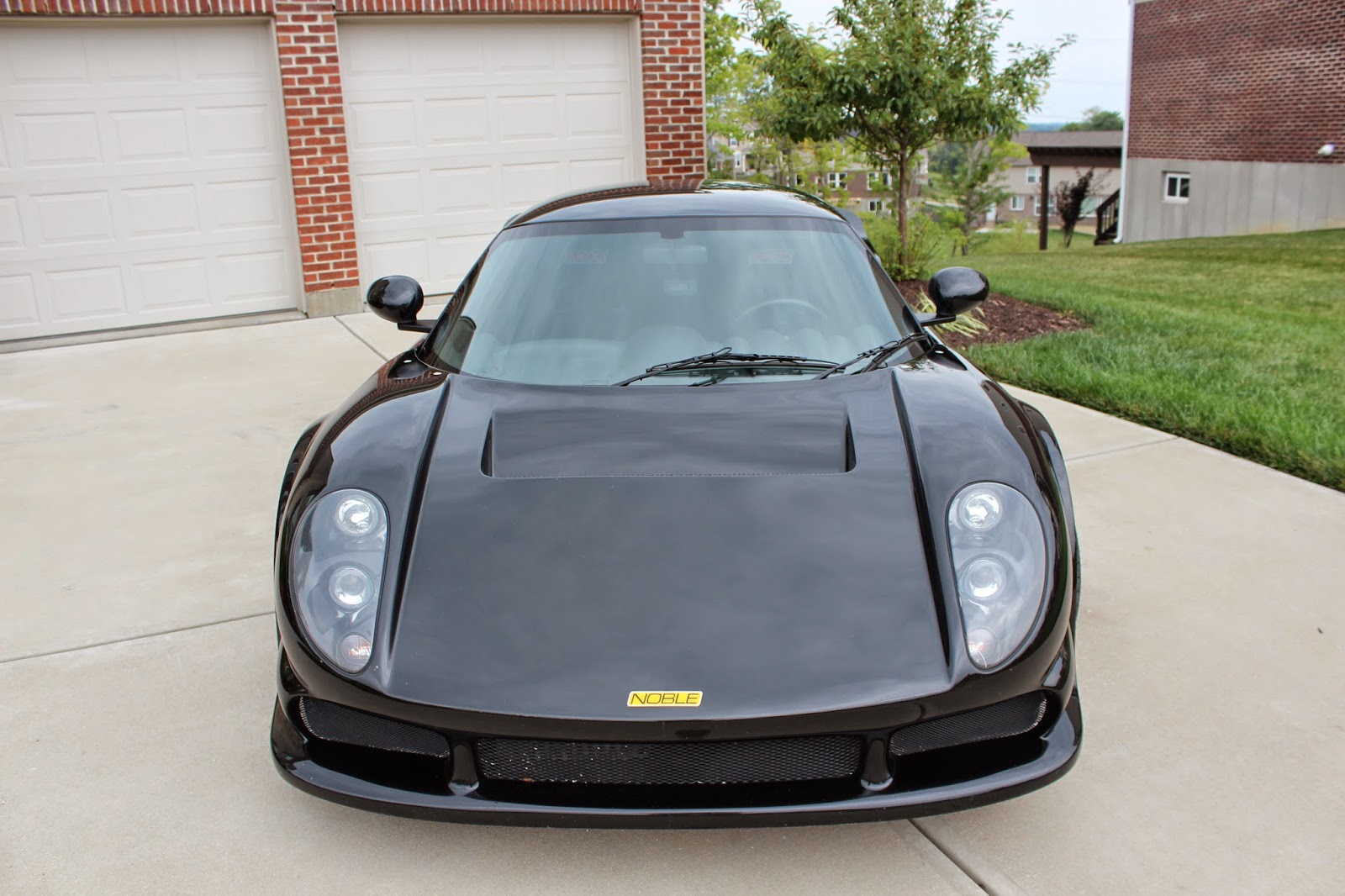 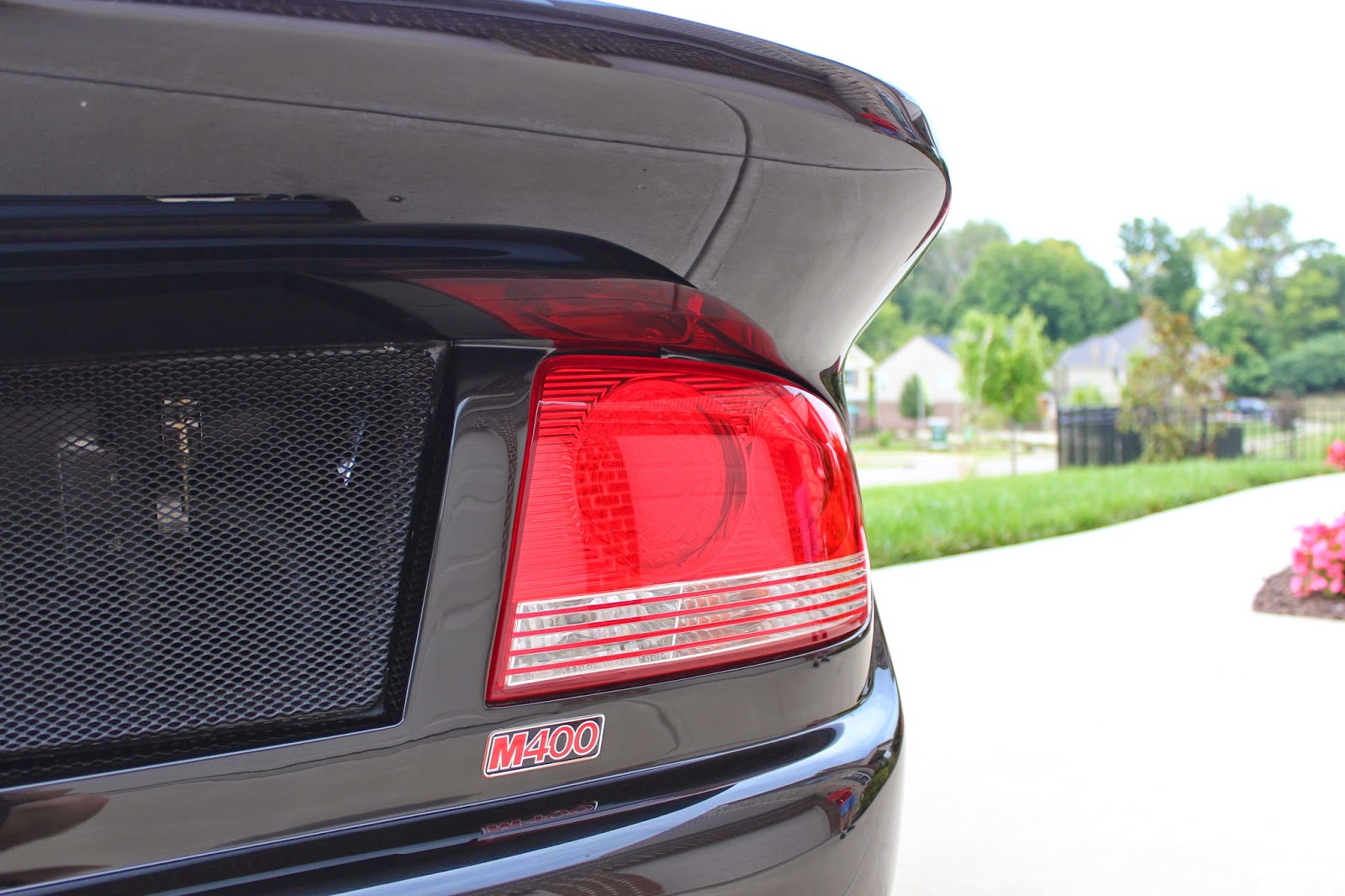 I am going to step into the time machine again and tell a little story about the Noble in my eyes. It all started with a magazine article. I remember reading about the Noble and how great the car handled. That was its thing. It was all they would talk about. It handled like nothing they had ever driven. I was driving an Audi A4 at the time and had plenty of fun in that car and never really thought about handling as my car was enough for me. After reading multiple articles later, I had to see what the fuss was about. This car was built here in the Cincinnati area. Score one for the Midwest for once! I read about the details; a shell of a car mated to a Ford V6 with some snails attached. (Snails = Turbos) The car was made to be as light as possible, almost like a Lotus in a sense, but much more powerful. This car has no power steering and not many extras to add on. This is a race car for the road. You hear that a lot with some companies, but this one holds true. It IS a race car for the road, nuff said. One of the best parts about this car as well, is the fact that even some car enthusiasts don't know what it is. Hence, the title above. Before asking the owner, I already knew he got the question on a daily basis. 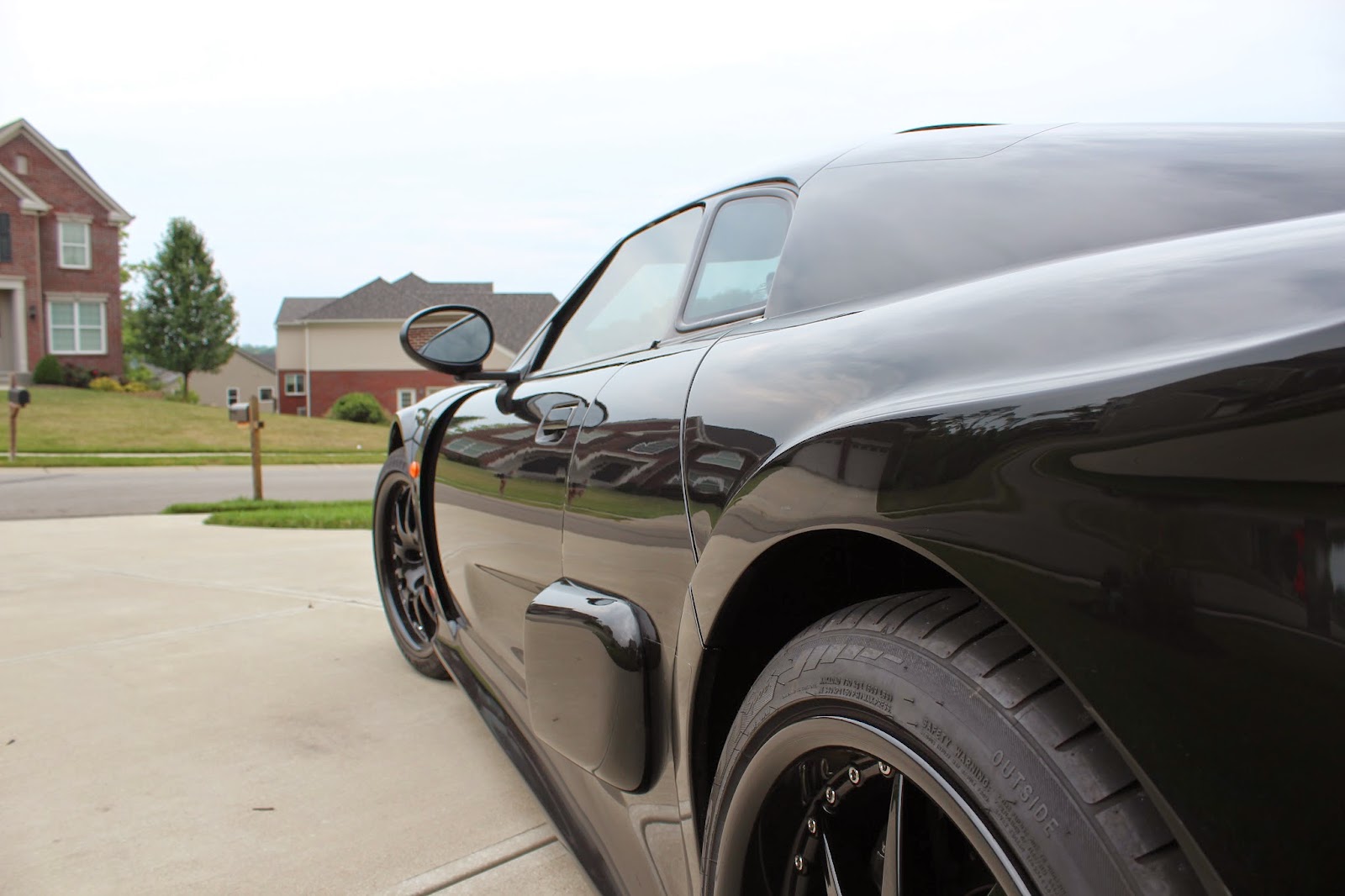 I was making pretty good money for my age and had no responsibilities at the time and when I saw the price of 40k, I thought.... HELLS YEAH!  For those that know the price, stop your facepalm and keep reading. I had not kept reading unfortunately and headed on over to the shop for a test drive. I met the guy there named Dean and he was one of the coolest car salesmen ever. He wasn't your typical sales guy though. He knew everything about the car, took me on the tour of the facility, and then made me sign a waiver. We got in......... WHAT????? A Waiver? Yes, I signed a waiver to take a test drive. :) We got in the car, awkward for my lanky body, and went out for a drive. For those who have not heard this car, you should put on your bucket list. It is insane. Now, for clarification, I rode in the M12 GTO-3R which is an earlier, less powerful version of the one in the pictures. I am pretty sure Jeremy Clarkson on Top Gear said it sounded like "Darth Vader in the boot." It sounds fantastic. Dean took me out and I remember this vividly, told me to look at the speedo. He then gave it the beans, it went blurry after that. This car pulls soooo hard that it is actually hard to put into words. It is a 2300 lb car with 350ish horsepower. You do the math. That was the fun part. We then turned on a curvy road. That is about the time I almost had a BM in the car. Again, no words can explain it. It took corners like it was on a metal rail like the Old Fashioned cars at Kings Island amusement park. The car never hinted like it was out of control. It just stuck an stayed. I know what a white knuckled ride means now. I have never gripped that hard before. All of this was keeping within the legal speed limits of course, but oh my. At that point, I knew what those writers were talking about in the magazines. It is not so much the speed, well... it is brutally quick, but the handling makes the car. Here is where I will make fun of myself a bit. Dean pulls over and says it was my turn. Granted I had never felt anything like that before, and add the fact that riding with people scares the bejesus out of me, I told him no thanks and to head back. Yes, I know, I know. I gave up a shot of driving one of the fastest cars around. Would anyone care to guess why?  I was shaking so bad, I wouldn't have been able to. He seriously scared me to death! 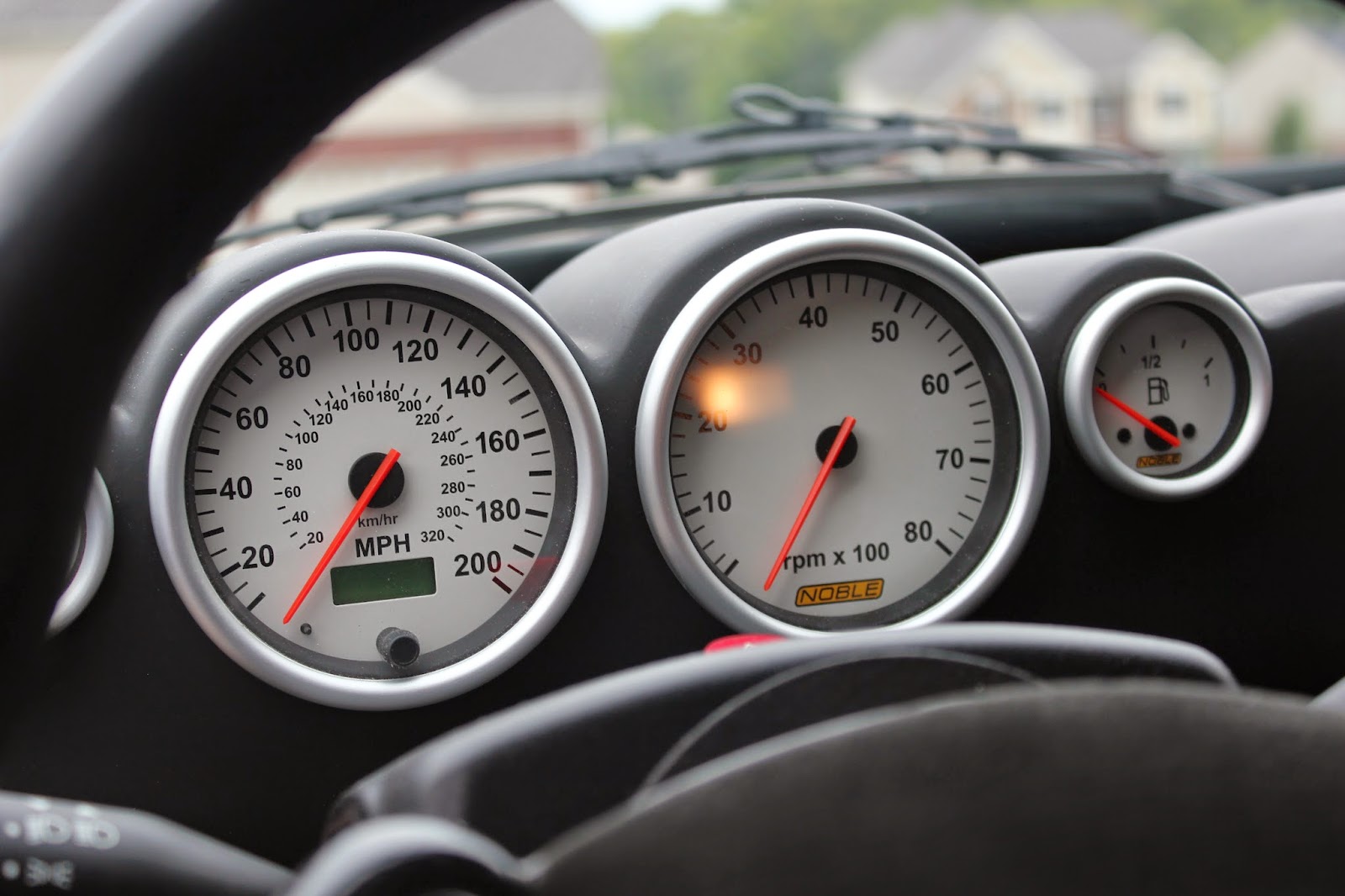 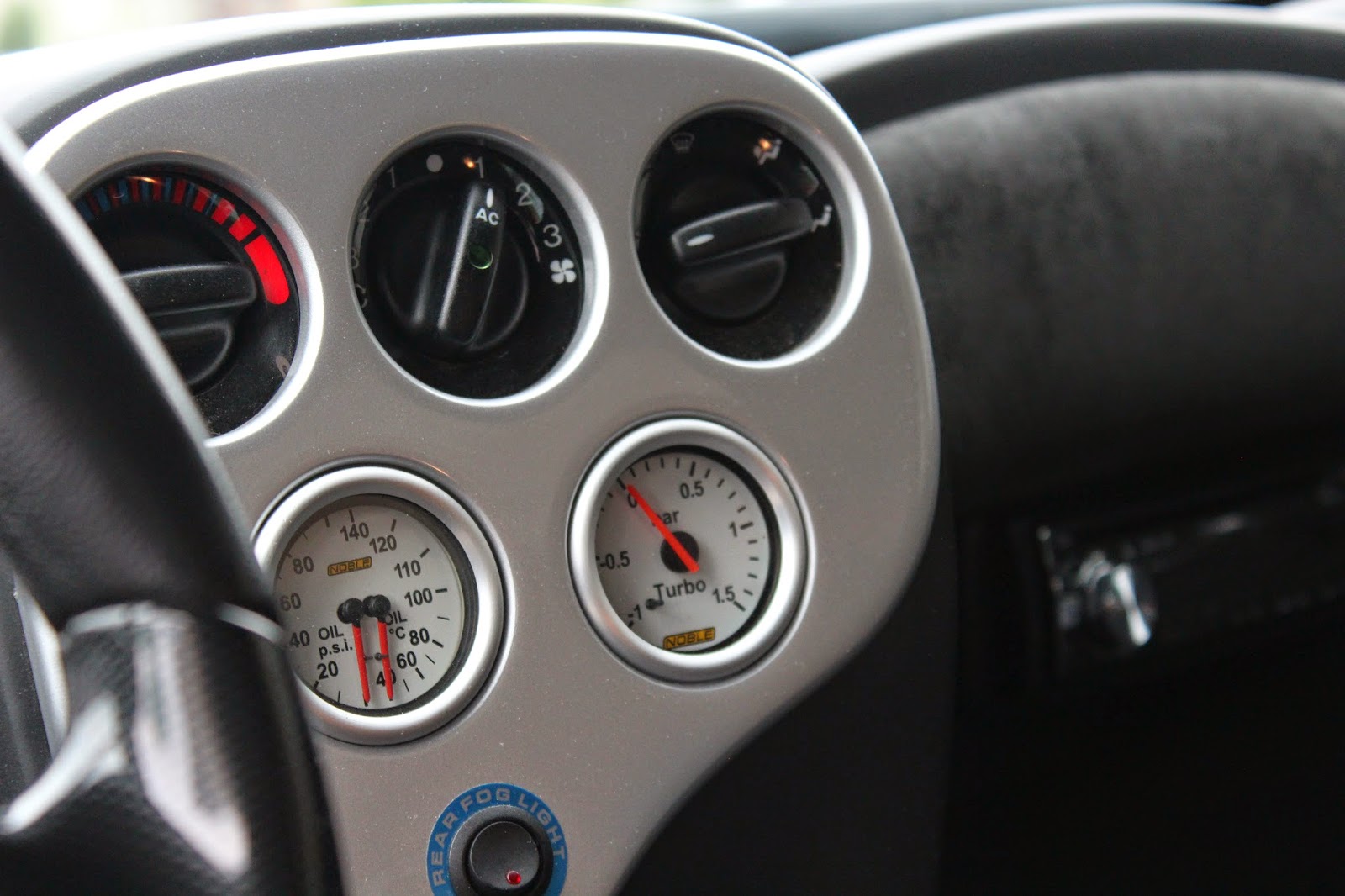 When we got back to the shop, we talked numbers. Here is where I will make fun of myself again. 40k was for either the body or the motor, I can't remember off hand. Yes, just one piece of the puzzle. You have to buy the engine and body separate and then pay to have put together. It is a way to avoid the silly US rules on airbags and safety issues. That doesn't mean this car isn't safe. I would venture to say it is a very safe, well built car. Look closely in one of the shots here and you will see a built in roll cage. This car is built extremely well and has wonderful attention to detail. It is simple, yet functional. This example even has A/C and a stereo, although that's about it. This really is a race car for the road. Well, to my shock, which I played off, I walked out realizing that I would not be buying this car anytime soon. Haha. If anyone reading has some extra change lying around, please send my way to fund purchase of one of these cars. 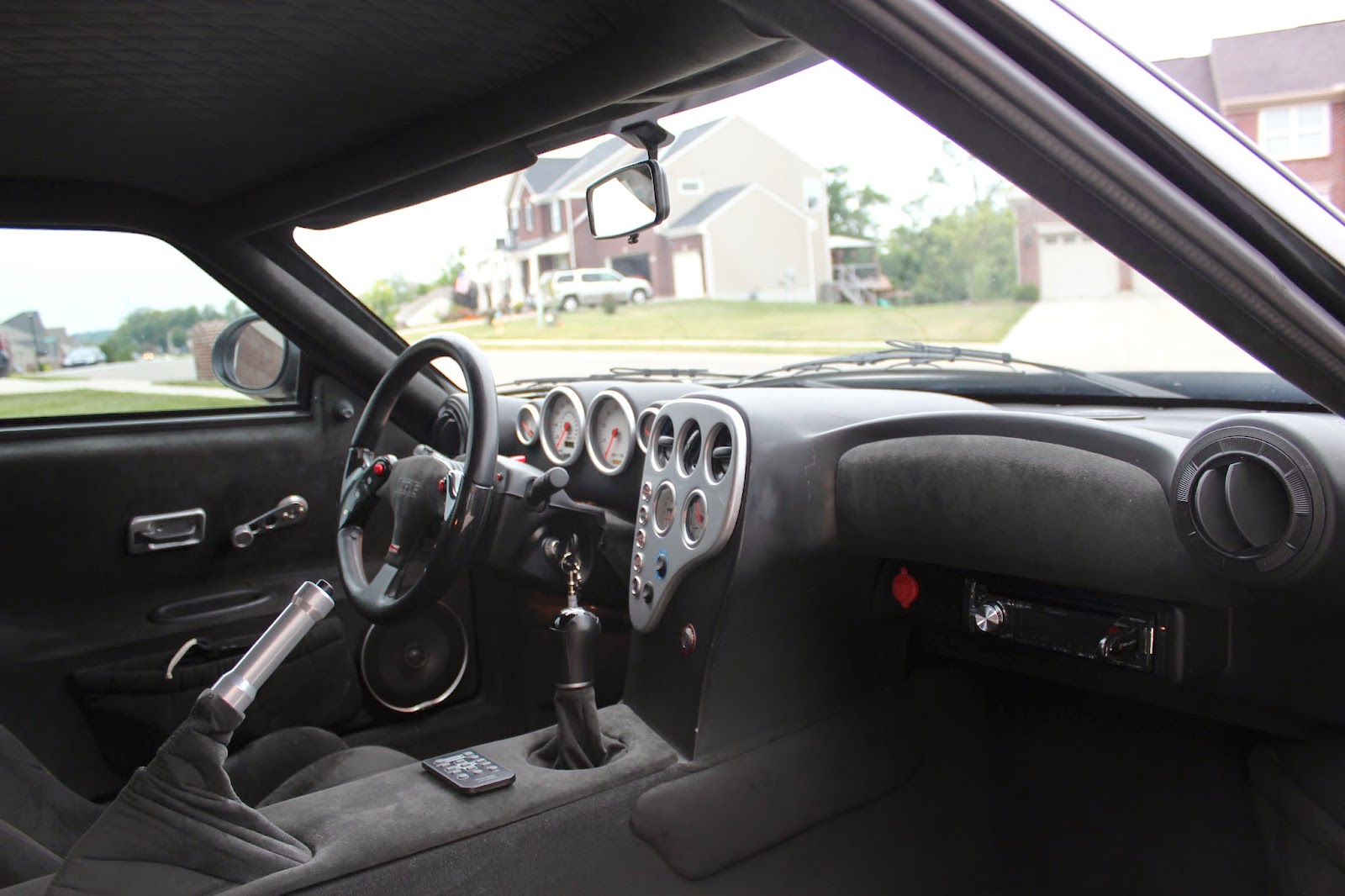 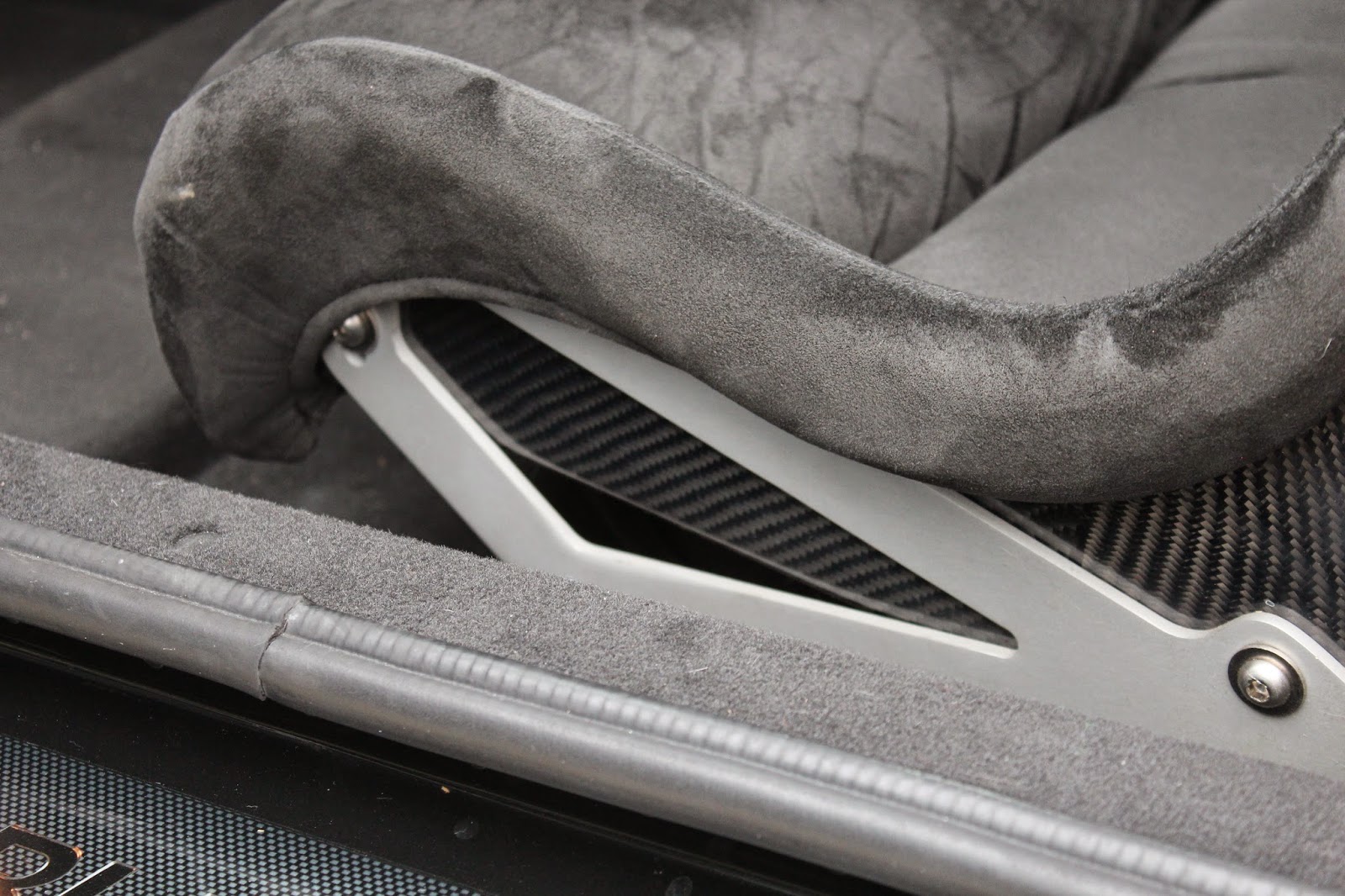 The owner of this car and I had a long chat and it was great meeting and talking about the car. This M400 has more power than the one I rode in and also seems to be little nicer inside from what I remember as well. Carbon fiber seats, and alcantara everywhere... even covering the roll bar! Hard to see isn't it? It is also hard to imagine more power than the one I rode in. That car was already batshit fast. The best part about this example though, is that it is driven. It does not sit in a garage all day. It is driven, and also is a frequent visitor to the local Cars and Coffee show. That makes me smile. I love it when owners actually drive their cars, and take the time to chat about them as well. I noticed that the owner also had no problems talking to every curious visitor at Cars and Coffee. He is an enthusiast like us all and loves to share stories and opinions. He also gets the award for longest drive to my place just to snap some pics. Remember everyone, I can't bring the driveway to them, so everyone actually drives their cars to me! Thanks again to the owner for bringing down, in my opinion, one of the best looking exotic cars made. These are a rare sight to see as not many were made and it is wonderful to have one local so that maybe one day, we can hear the sound of Darth Vader giving it hell! 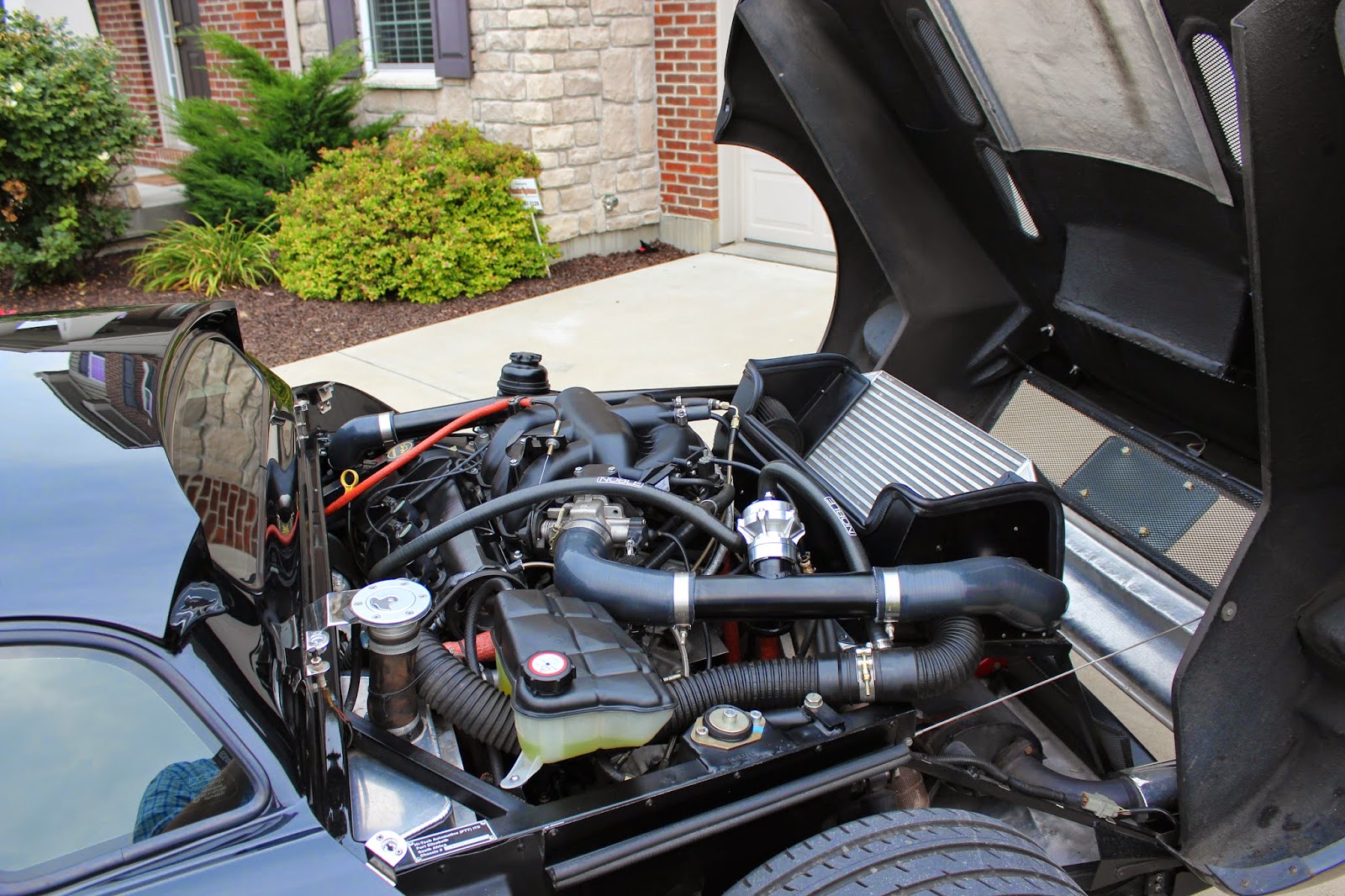 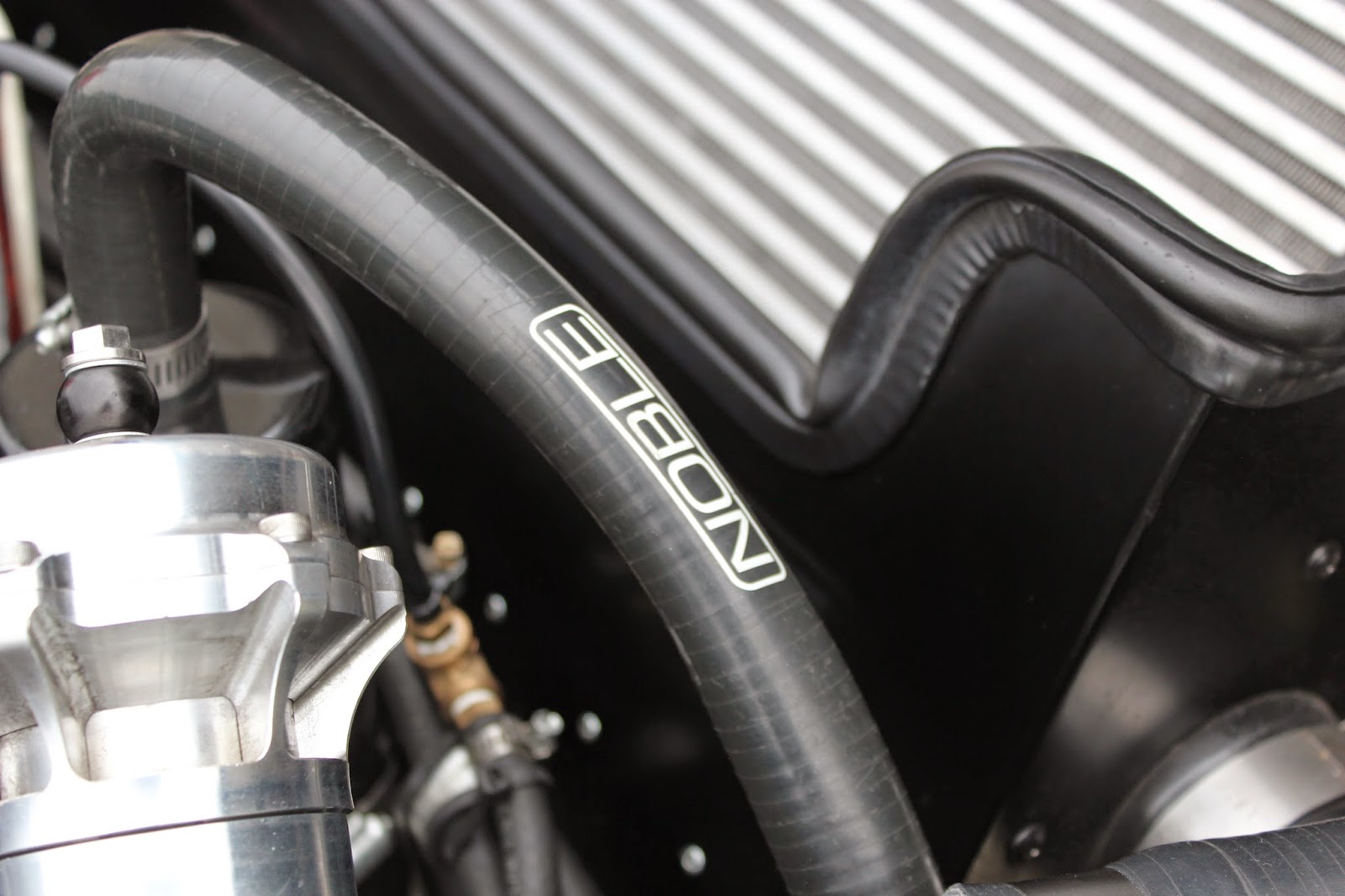 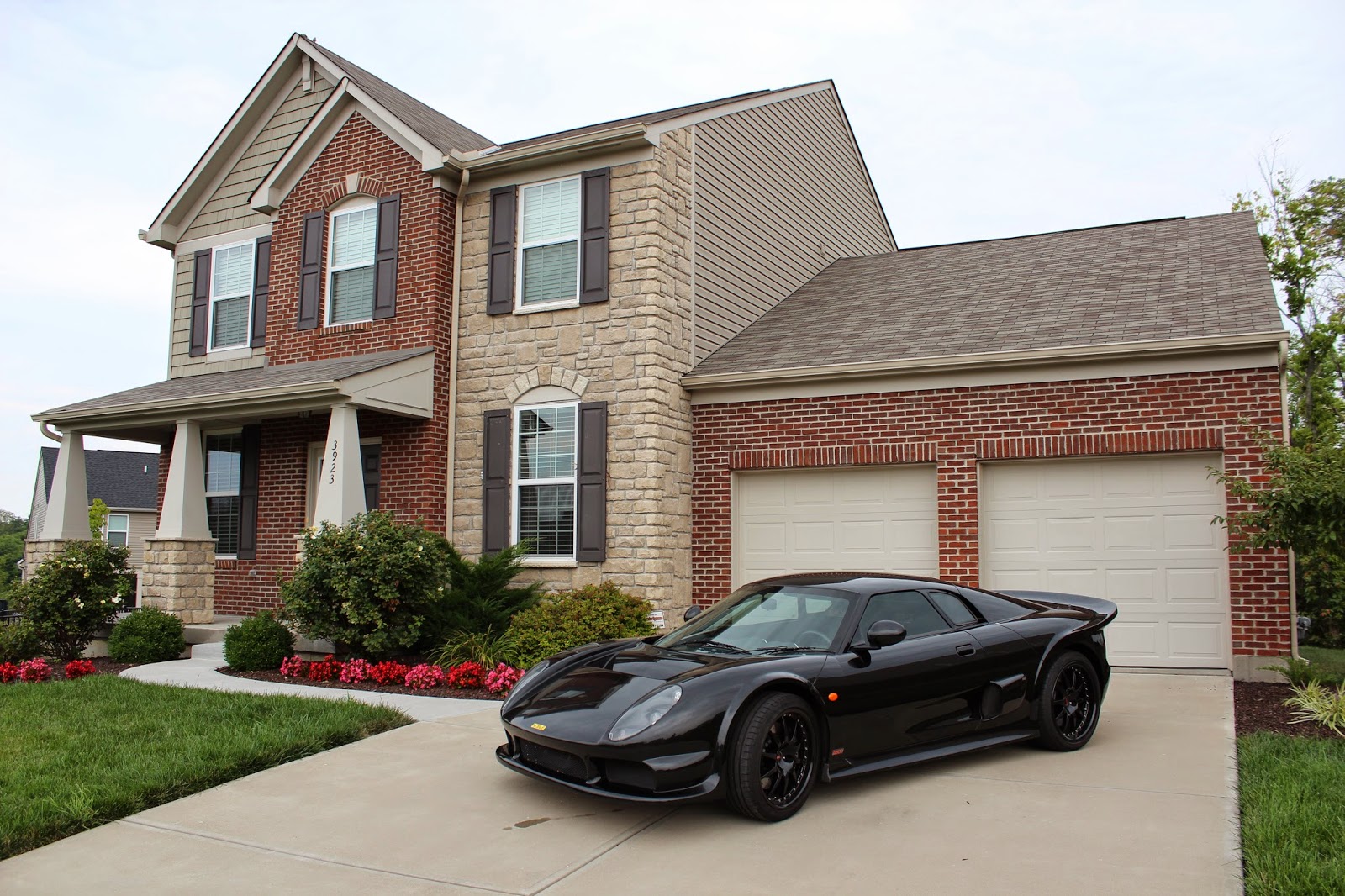 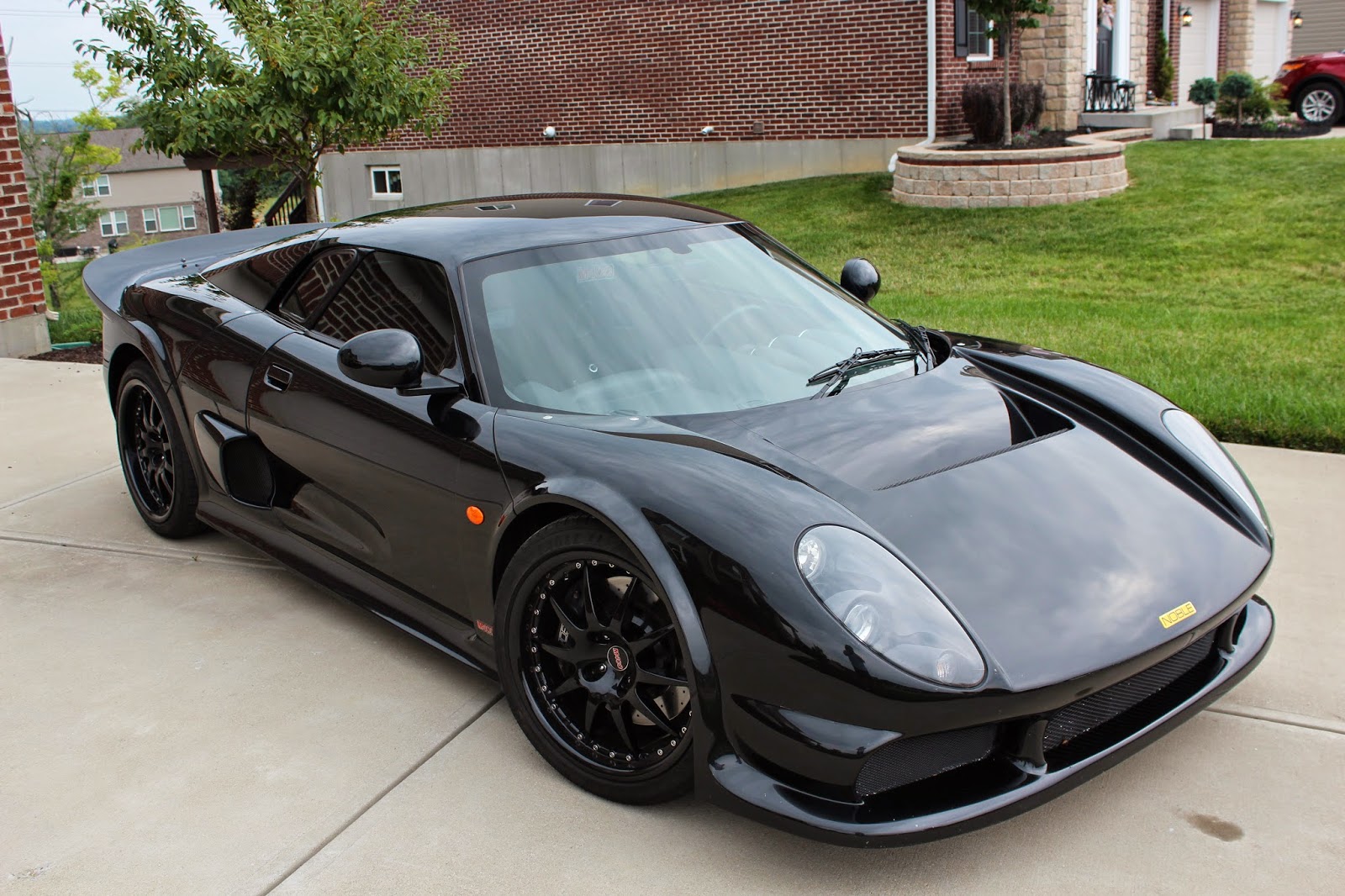 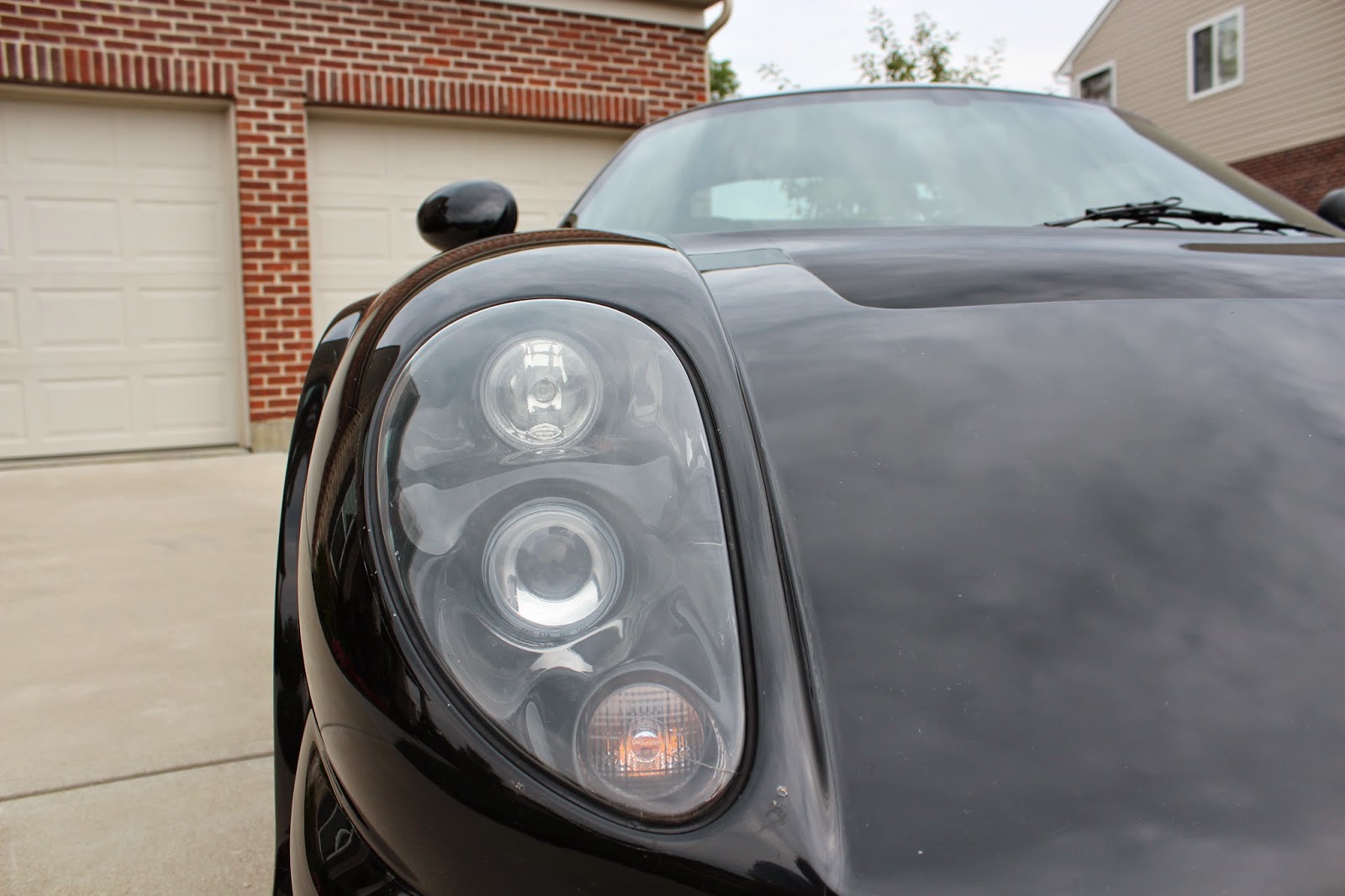