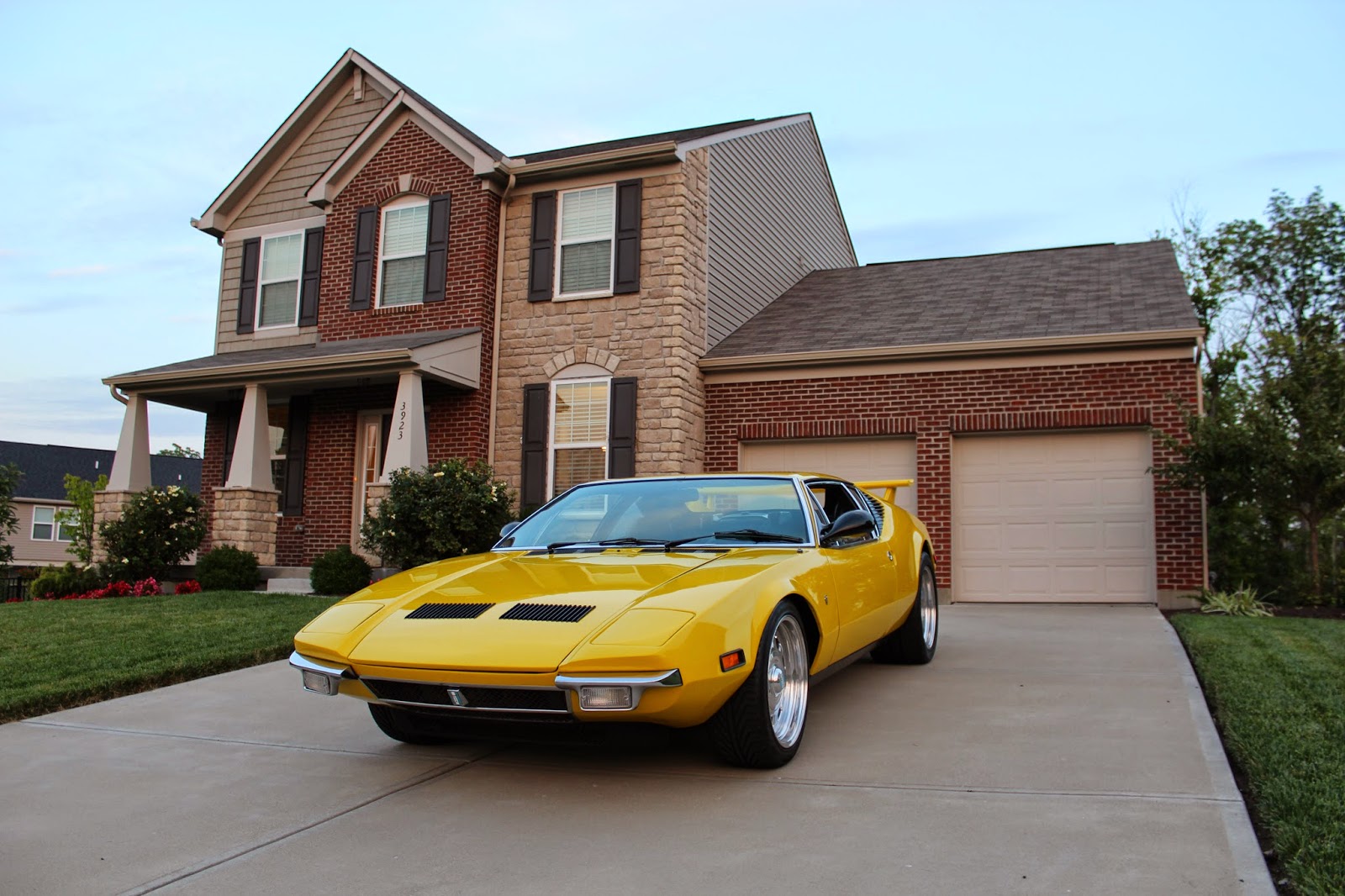 Say the word Pantera to any music lover and they most likely think of the band. Say Pantera to a car enthusiast, and watch their eyes light up while saying, " Oh yeah, that car was badass!"  This is fact, not opinion. Haha I grew up just knowing what the De Tomaso Pantera was. I don't remember when I learned about it, I just.....knew about it, almost as if it was engraved in my brain already at birth. I remember reading about the Lamborghini Countach and the Ferrari Testarossa. I think, and I am just guessing here, that I saw pictures of this car in a grade school library book that I used to check out weekly. Remember back in the good days when you had a library book at school and that little notepad with all of the signatures on it where you could see who checked it out? Well there were two car books I remember I would check out all of the time, and 20 of the 30 signatures were mine. I recall one being an exotic car book and I am pretty sure that's were I read about the Pantera....most likely. 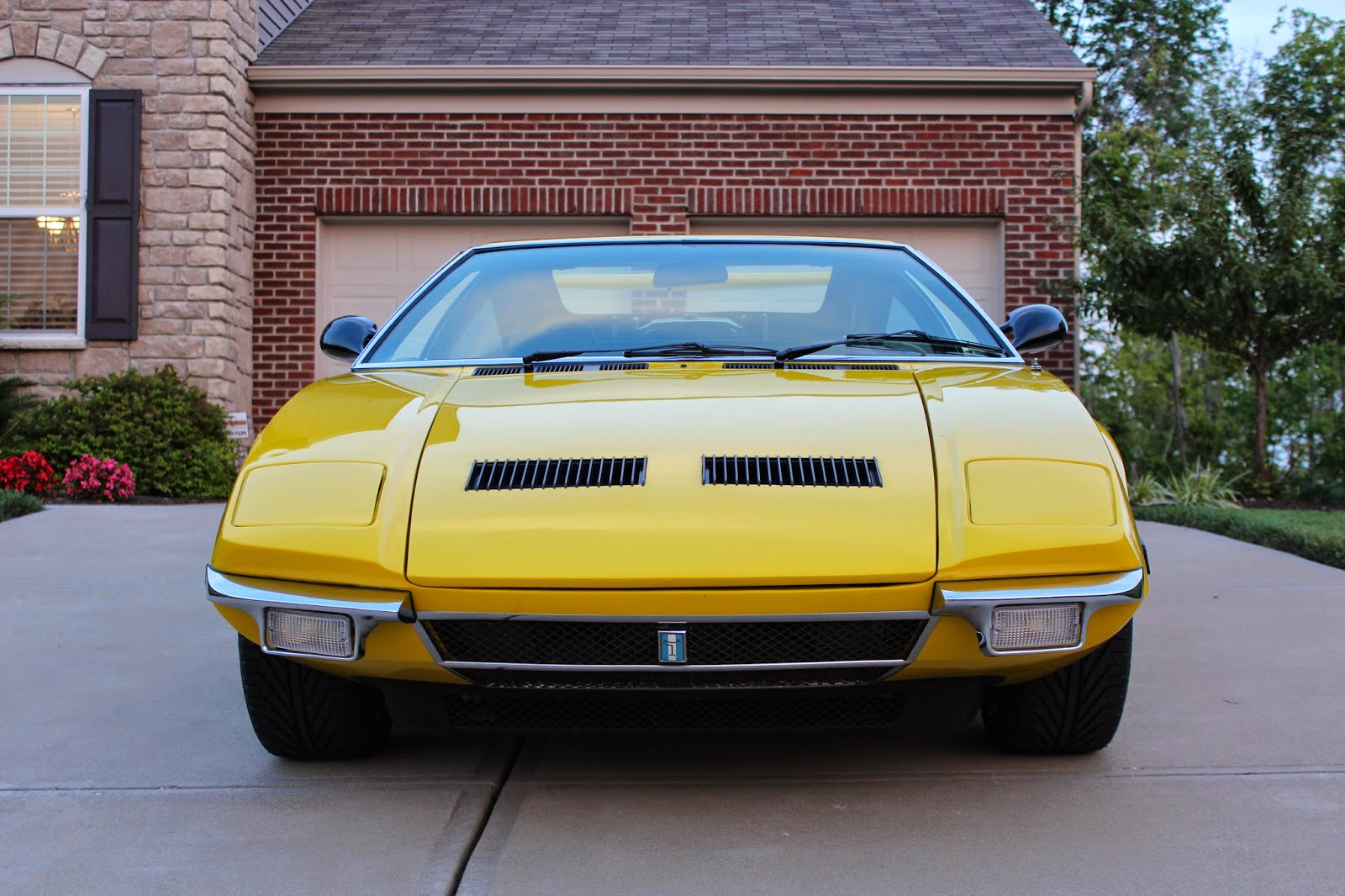 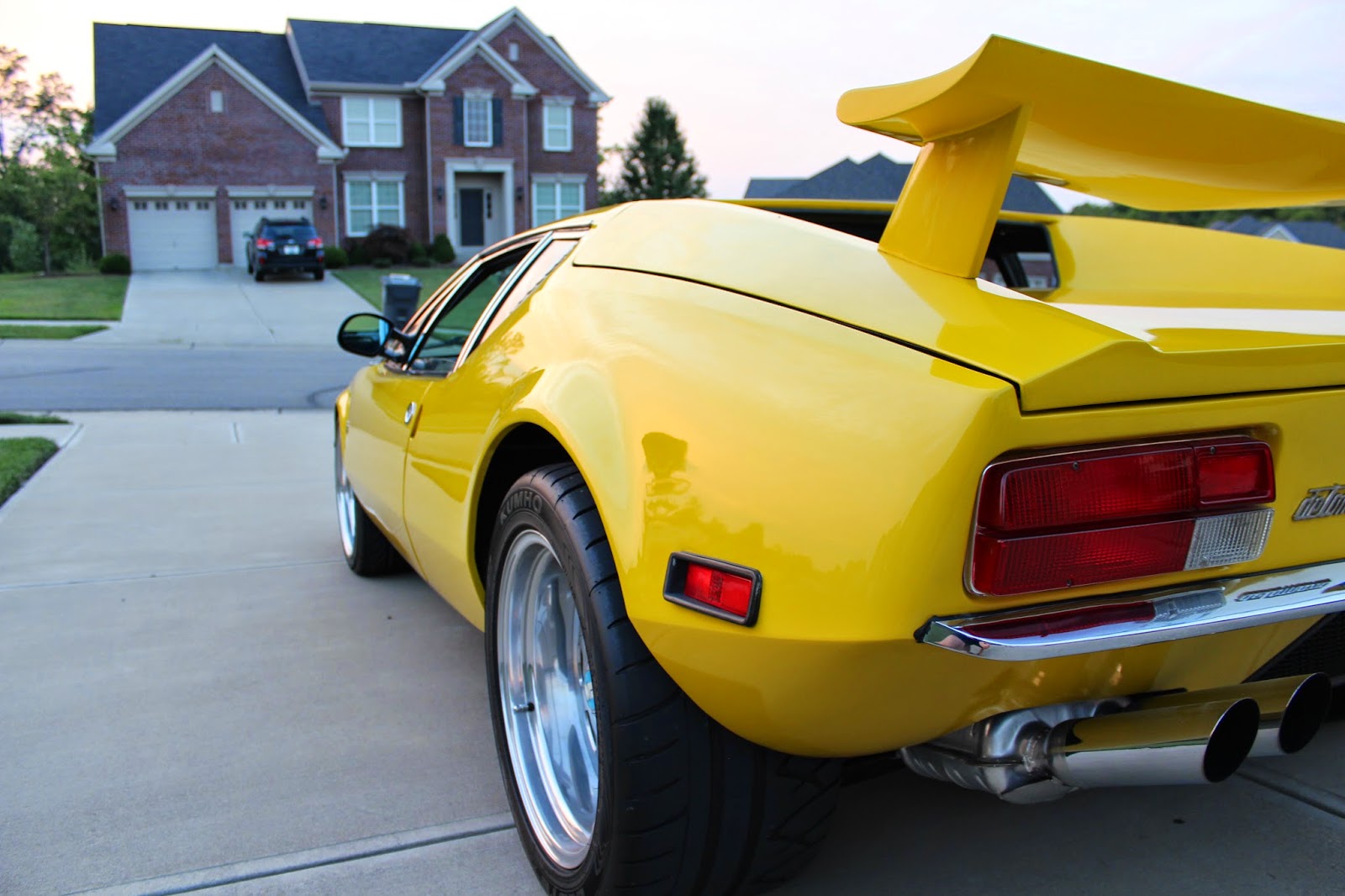 My only real experience with a Pantera was about ten years ago at the Cincinnati Ault Park Concours d'Elegance when I actually saw one up close and got to study it. One thing immediately stuck out. The meat on the rear wheels. This car had the widest tires I had ever seen at the time, 335s in car speak. The rear was just so sexy with those wide tires on there, and I will never forget that picture, it's burned in my skull thankfully. When the owner wanted to bring this by, I gladly accepted and took the pictures. I didn't really know the full story about the car though. I knew the basics and how/why it was built, but there is a lot more to this story than I ever imagined. The history is the best part about this car. If you have a chance, google it, or youtube it and learn some history. Stories about this company are what make automotive history so great. How quickly this car was dreamt up and then built was mind blowing. As most know, the quick build also resulted in the sub par reliability of the car, but that's another story you can learn on your own. After talking to the owner and hearing how he got the car, the rarity of the car, and what he did to the car, I went inside after he left and started to look around online. Spoiler Alert-----Rare! 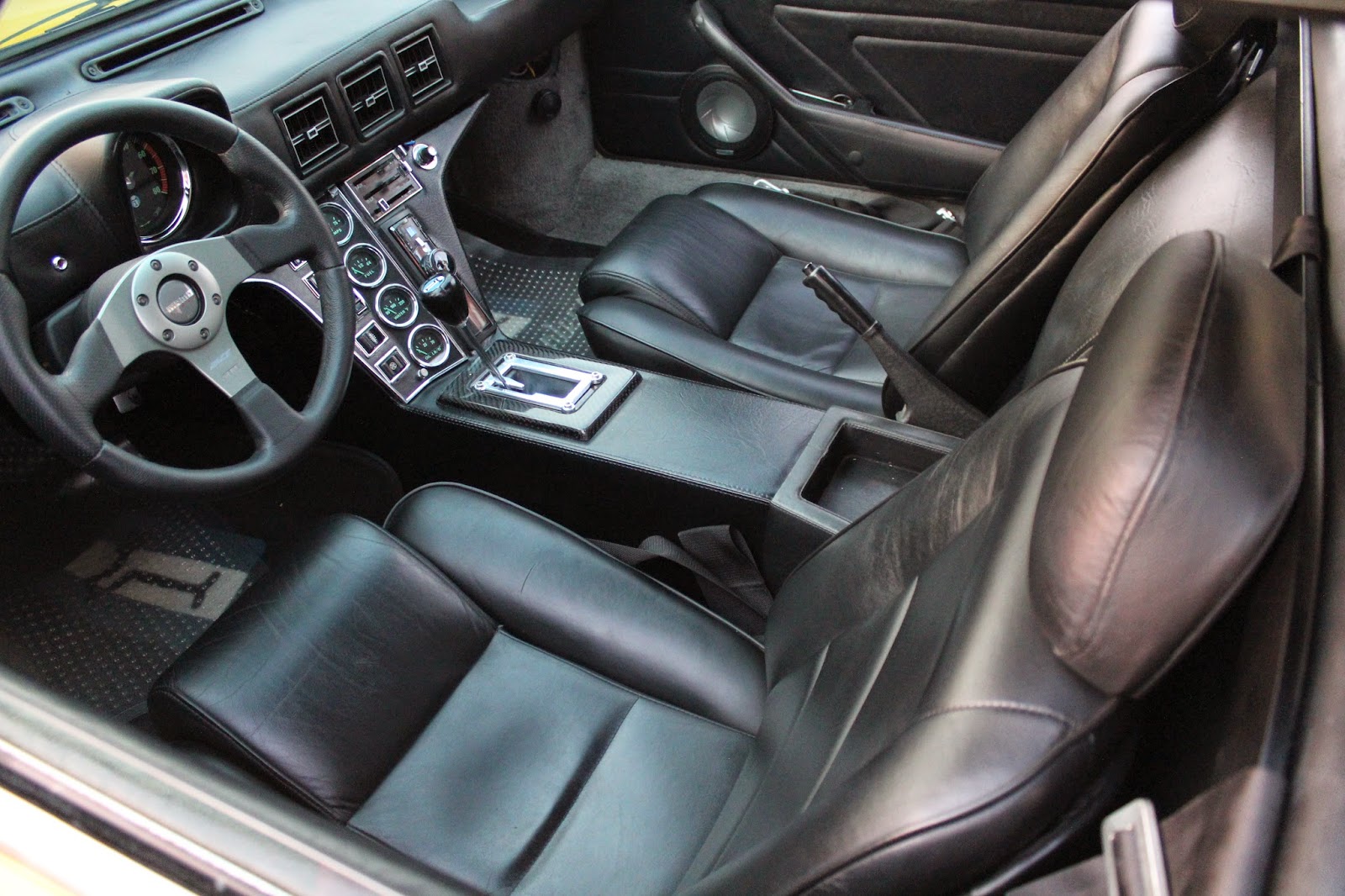 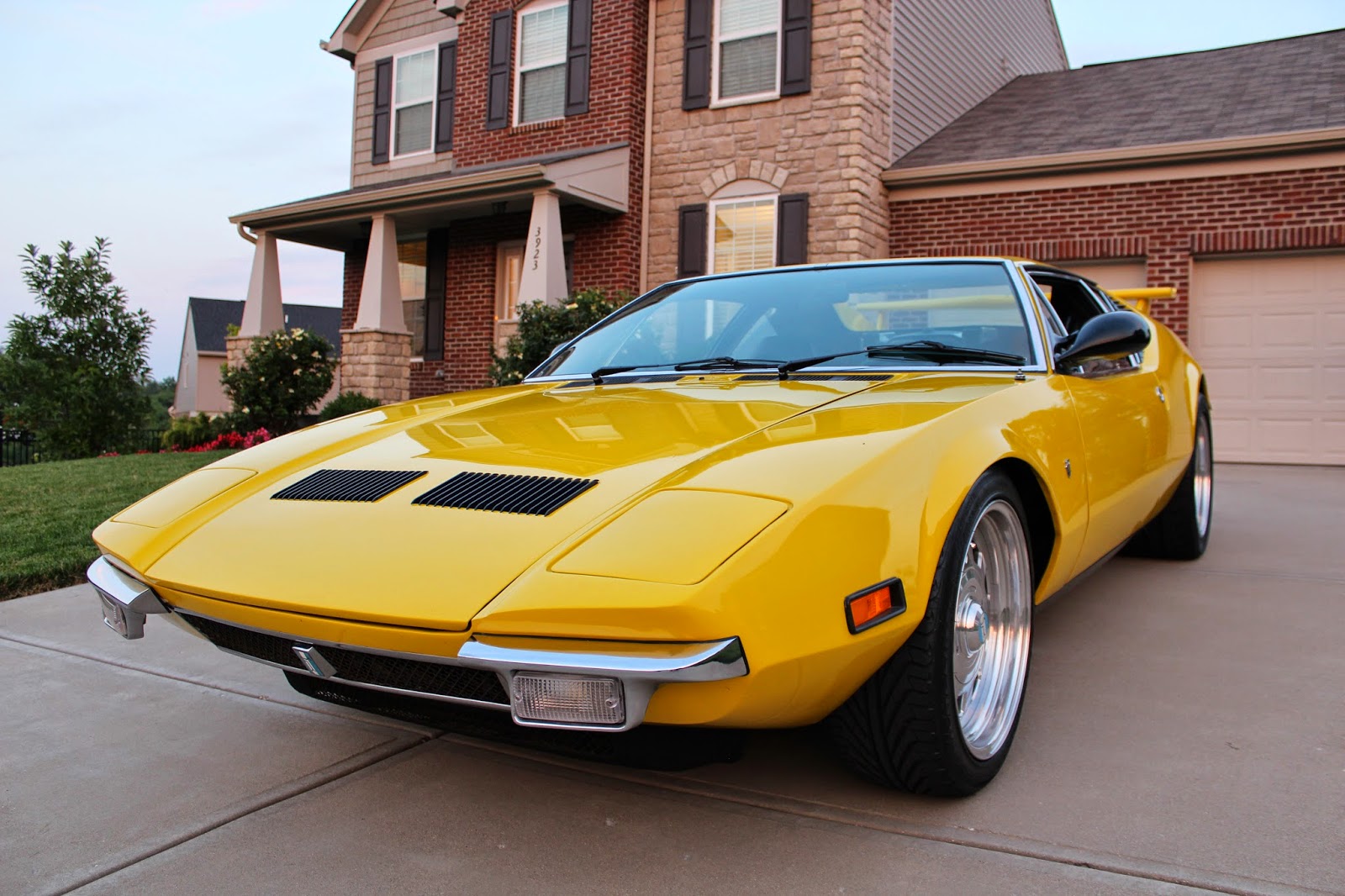 This example is a 1971 Push Button. When he told me push button, my first thought as I am sure most people think, that it has push button start. Nope. Not the case. He was telling me that the push button models are very rare. The door handles are not handles, they are a push button. After doing some research on Pantera sites, looks like the first 75 Euro models actually came here to the US with the push button doors. Everything after that was a standard handle. Just for reference, Jay Leno has a Pantera and he doesn't even have a push button example. https://www.youtube.com/watch?v=Dd2Unce43wI There you go for the lazy people. Watch that. Some good info in there. Right from the start, this car is very rare. I can let the pictures do the talking when it comes to how clean the car is. That is easy to see. This example is well taken care of. Another thing that he told me and I also looked up was the ZF transaxle. There were two generations of it. The first generations are ones that you do not want to break. Parts are either impossible to find or extremely expensive. This car has the first gen so this car won't be tracked and it will be maintained very well to keep everything in showroom shape. What he also told me, and Jay's video also states this, is that you can mod these cars to fix the typical issues they had and it actually helps the value. Nobody wants an original that has problems left and right. It would be too costly to fix. These cars had cooling issues and some issues with running rough. Wiki says that Elvis Presley shot a gun at his because it wouldn't start. That's awesome! So doing mods to make this car run like it should have will only help the value. This has some minor engine work and tuning, a fixed A/C, and some other tweaks to make it the exotic car is was dreamt to be. 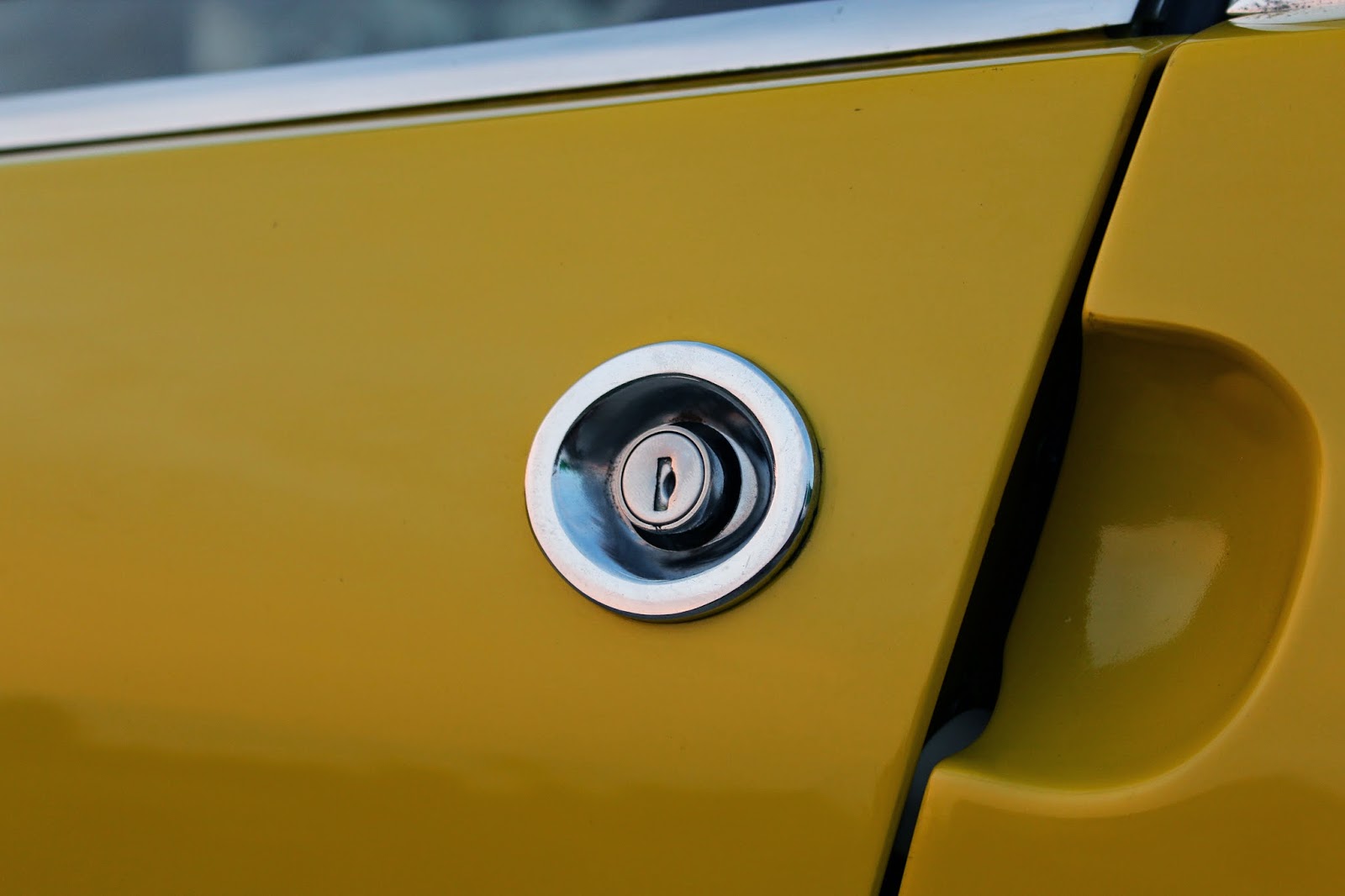 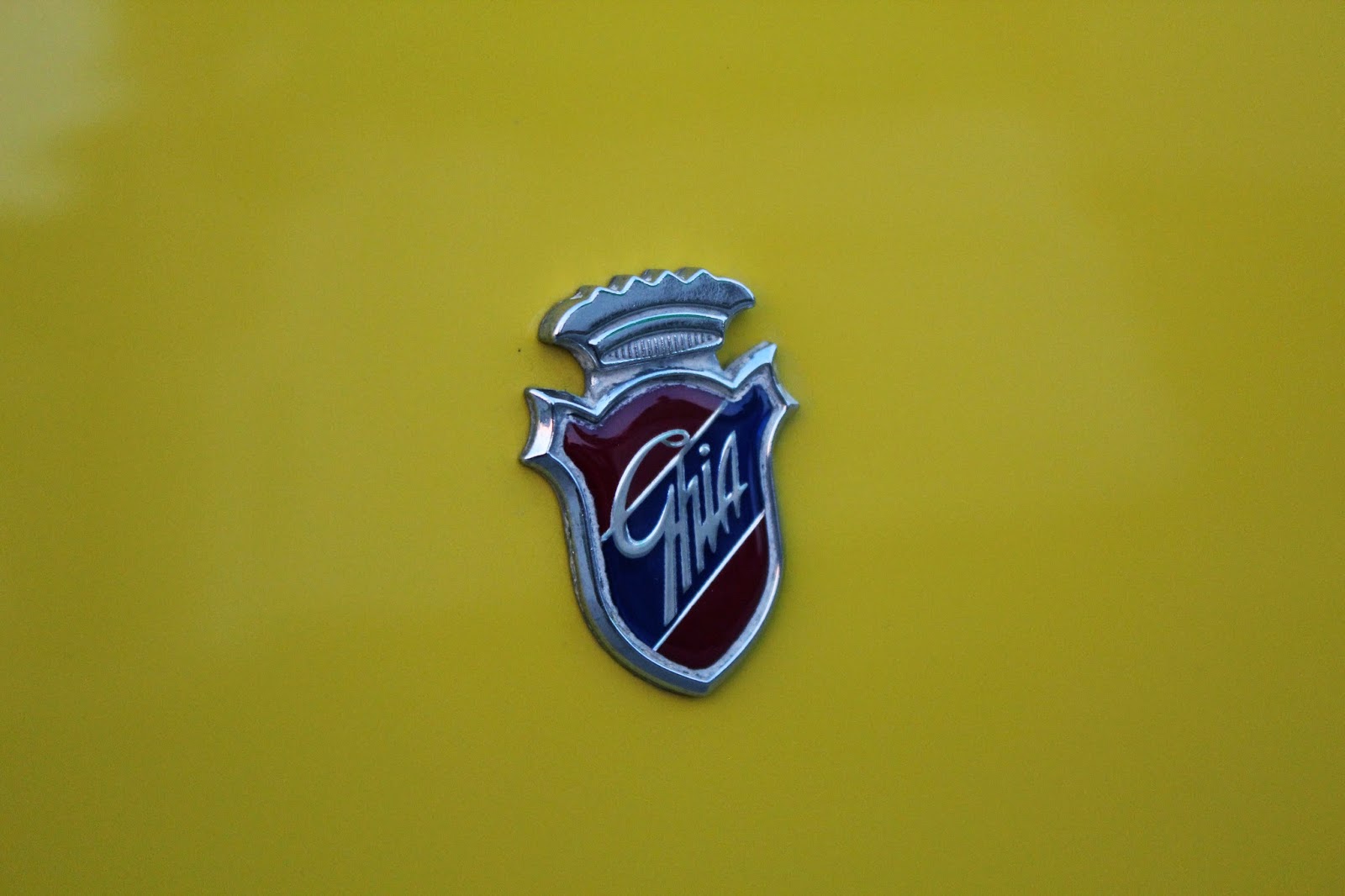 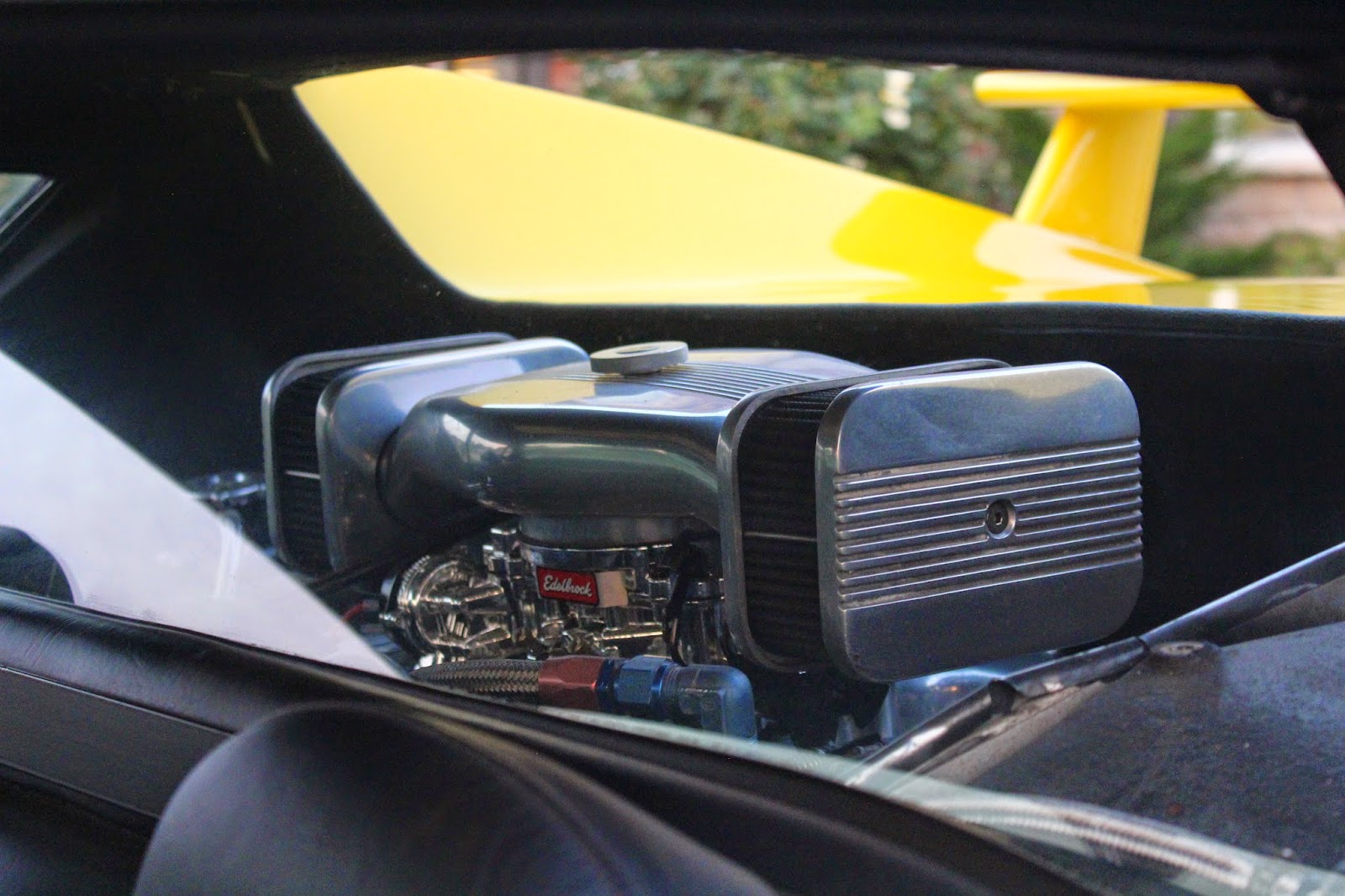 Let's talk some stats real quick. 351 Cleveland motor. 5 speed manual with the dogleg first gear. Weight around 3100 lbs. So right then and there, you gotta be psyched. With the fixes on this car and the motor running more power than it had when it came out, I am sure this car today, drives and handles as well as some modern sports cars. The owner even mentioned it is one of the best handling cars he has, and it should be. Mid engine, light weight compared to today's standards, and some meaty tires make for a fun ride. We also discussed the best thing about this car. How mechanical it feels. This was a time before traction control and modern safety systems. I am sure that is why he loves to drive it. It is a driver's car, no doubt. You are in control, and you decide how the car drives, not some computer telling you to stop roasting tires. 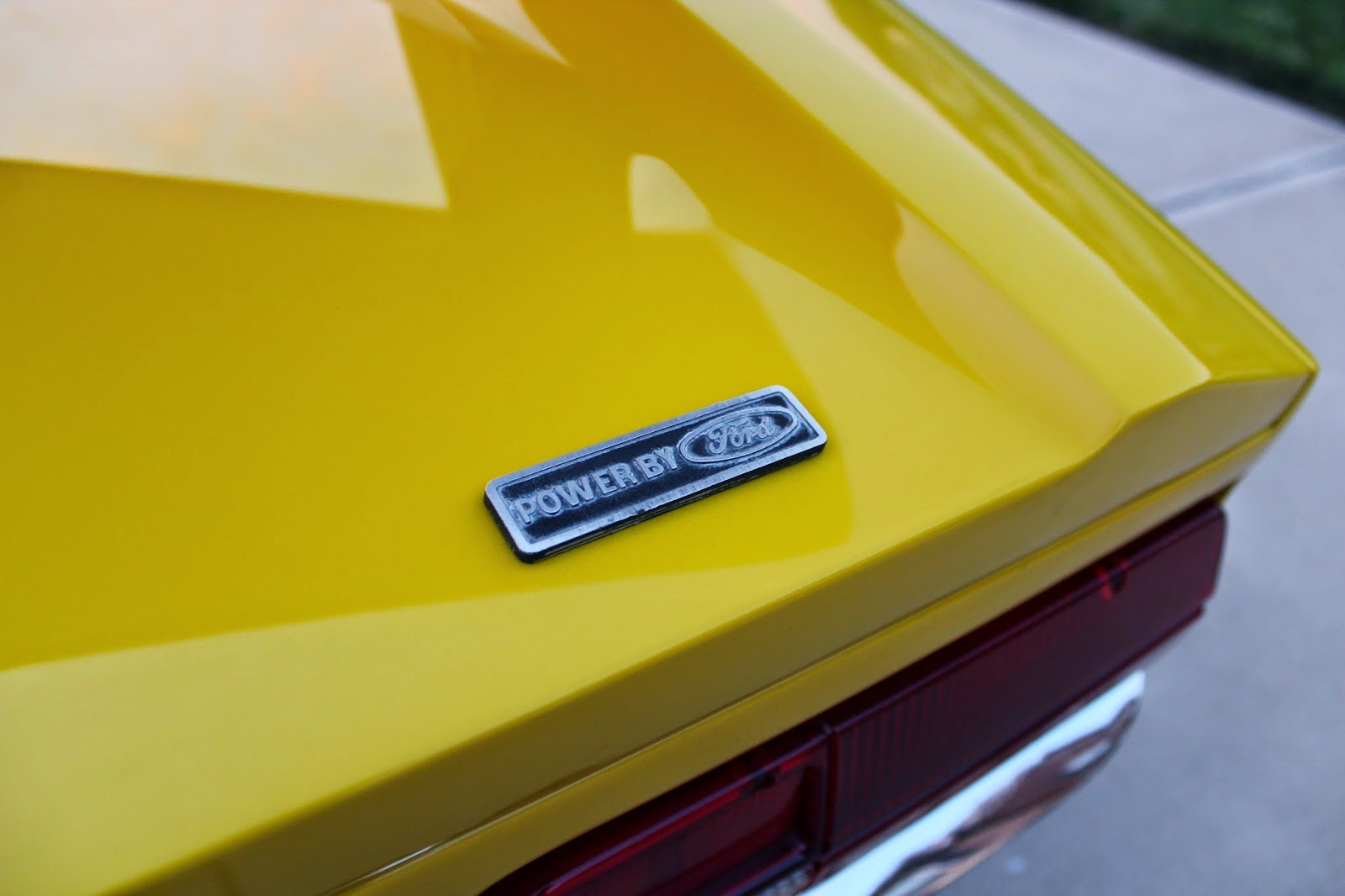 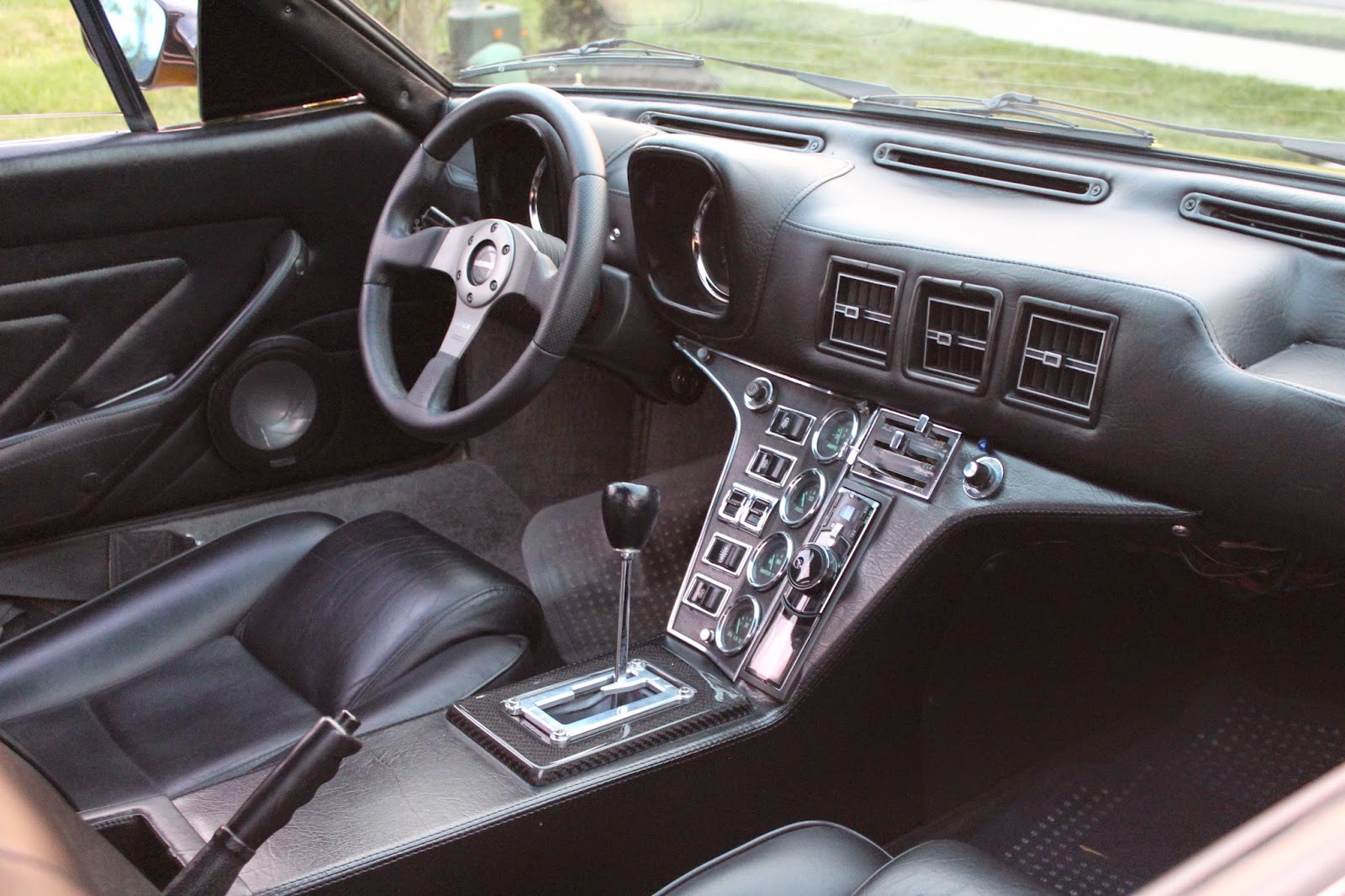 I really didn't want to get into too much history about the car because I actually challenge you to read up on this car and the story of how it came to be. I know you have heard me say I hate history, and that is right, I am not a fan. This story of the Pantera on the other hand, is one you want to read about. Fun facts, amazing development, and the rarity of it in the USA makes for a fun read while you are bored. This car had variations made up to the 90s, but only 1971-1975 were sent here to the US. Most of all, imagine this car in 1971. I have had a few people say that to me. Imagine the heads it turned and the power it had back then. Rated at 330 hp but we all know the 351 was doing more than that, and the torque this thing must have put out probably scared a few people who were lucky enough to own/drive one. This example is extremely clean, tastefully modded to keep the originality but also the functionality of the car, and I told the owner to never sell it. Just my opinion.

I know I am leaving some stuff out about the car but don't want to be too long winded. I encourage everyone to enjoy the pics, read about the Pantera and its design/development, and if you ever see one at a show, talk to the owner as I bet they have a great story about it. Thanks again for this 3-peat Cars In My Driveway client for bringing this beauty over. I really do appreciate the story behind the car, and how good this car looks in yellow. Yes, this is one of the best cars you will find that pulls off yellow so well.

Now, a few of my favorite pictures of the car. Again, I am not a professional photographer but some of the angles on this car make me look like I know what I am doing. It pictured very well, like Jennifer Aniston- always looks good in pics no matter what. And that rear..... OMG that rear! These are only 315 tires, so not as wide at the stock ones, but still that rear is mmmmmmm. 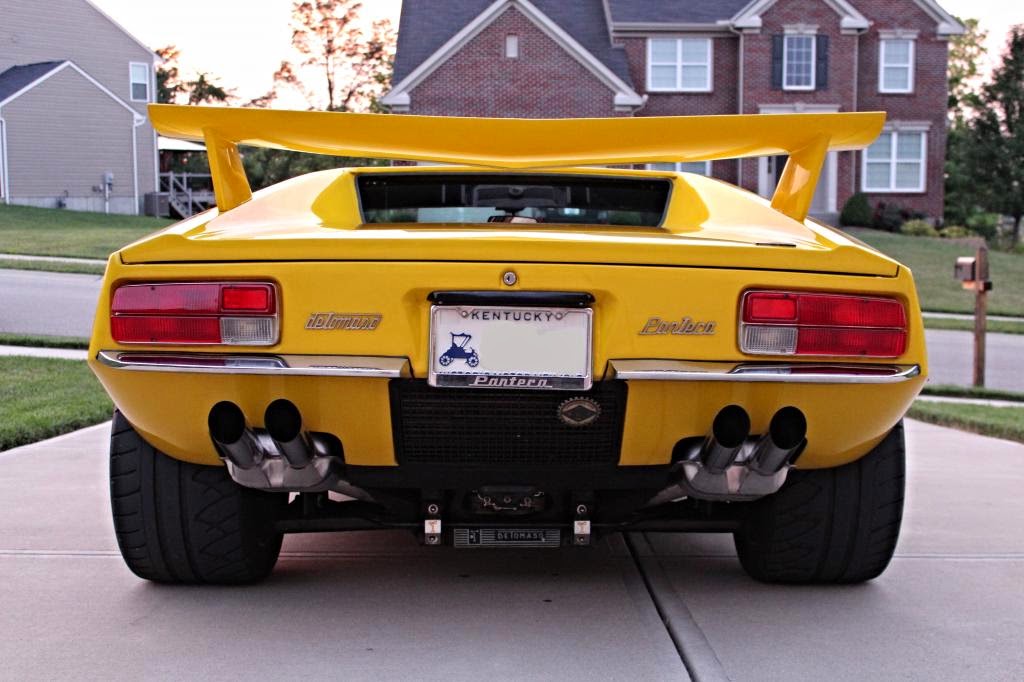 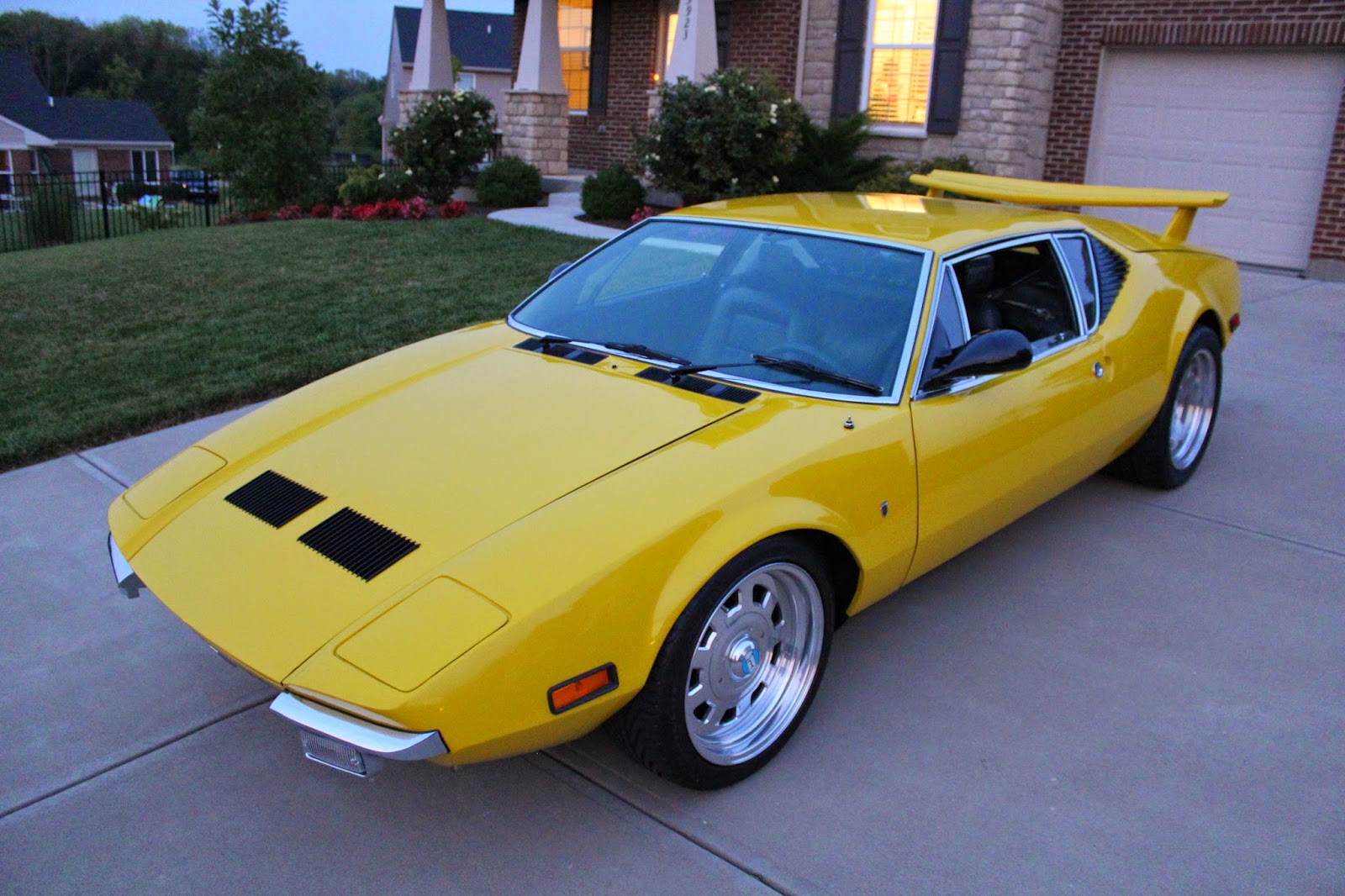 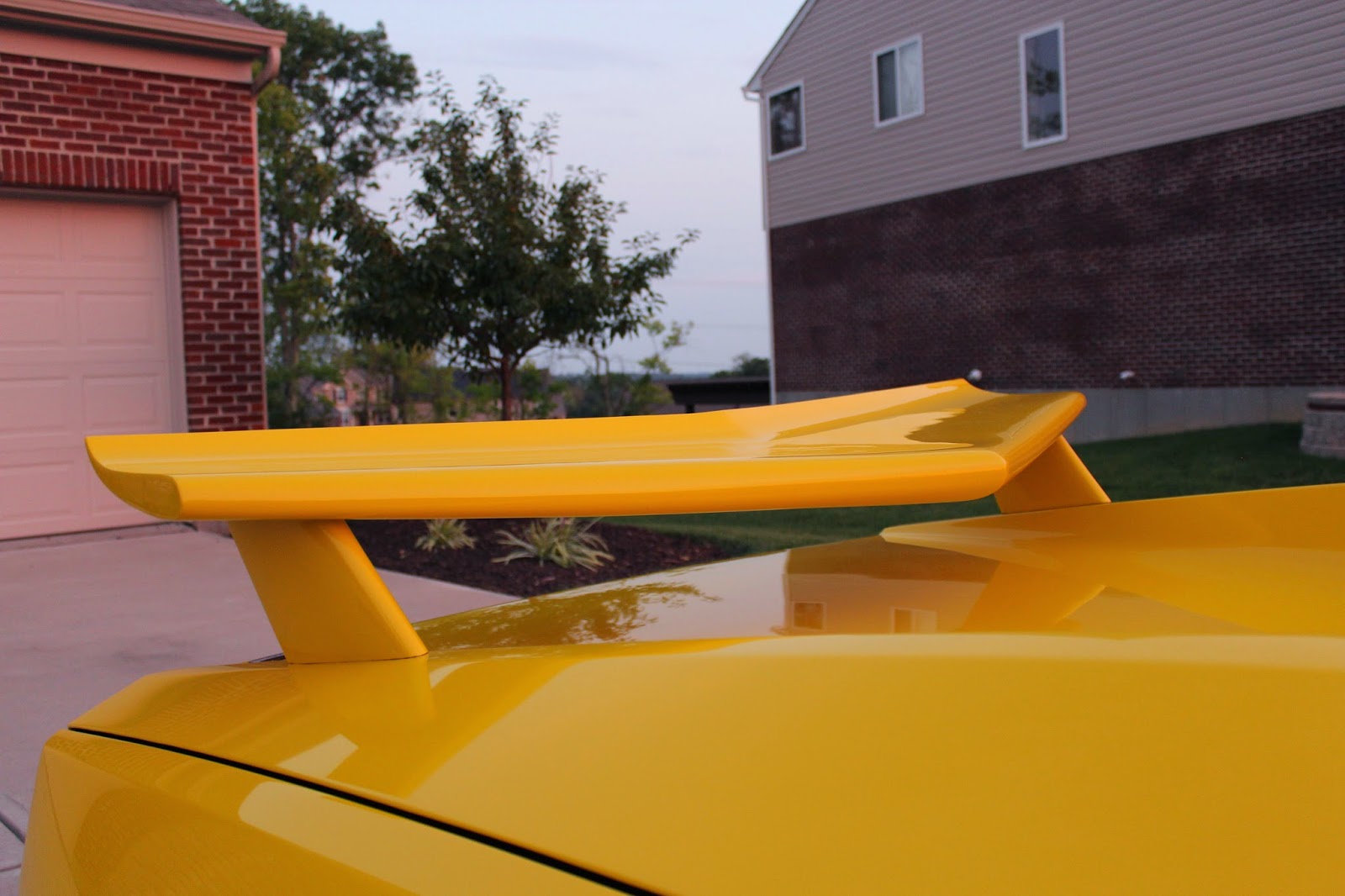 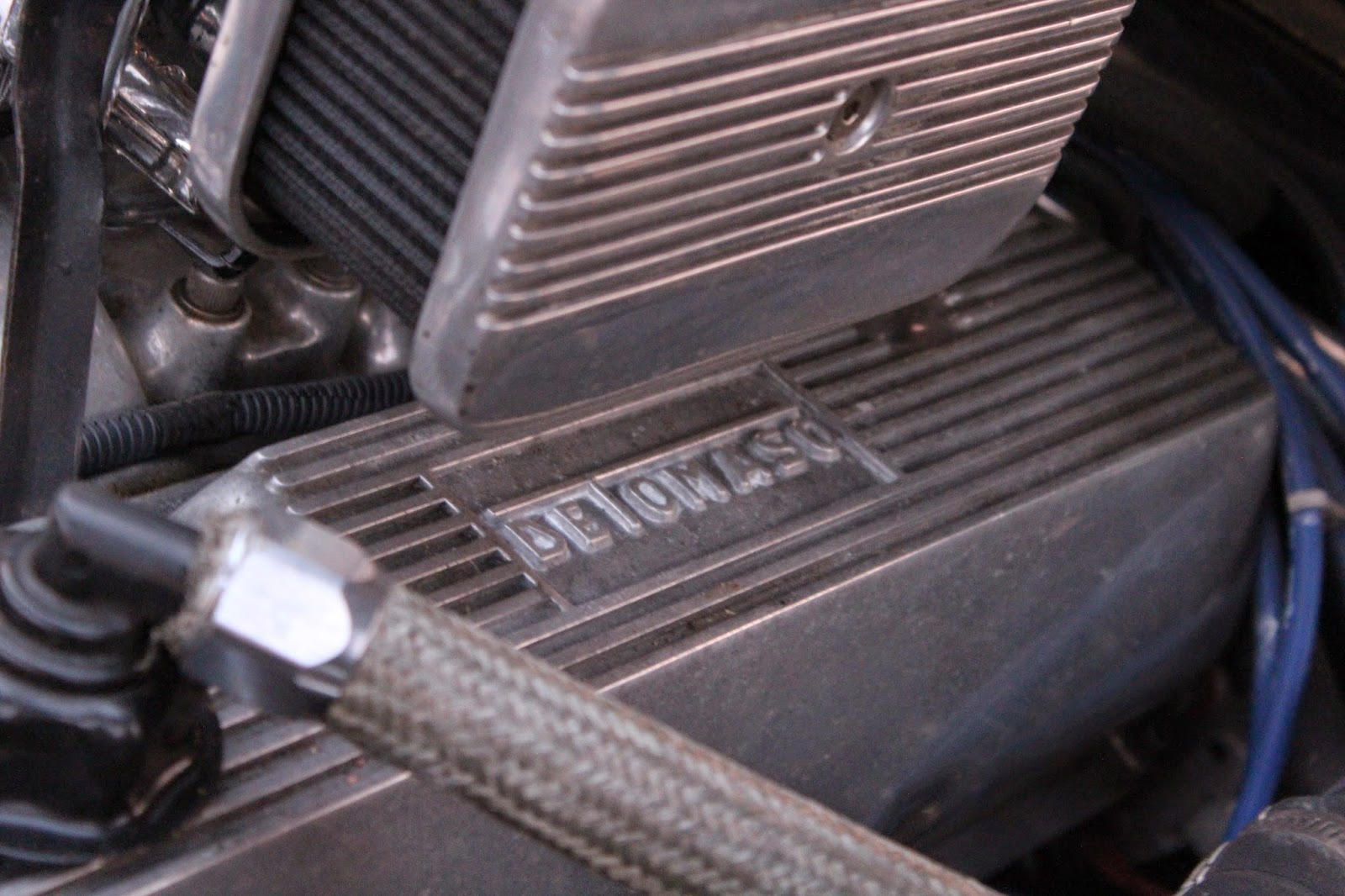 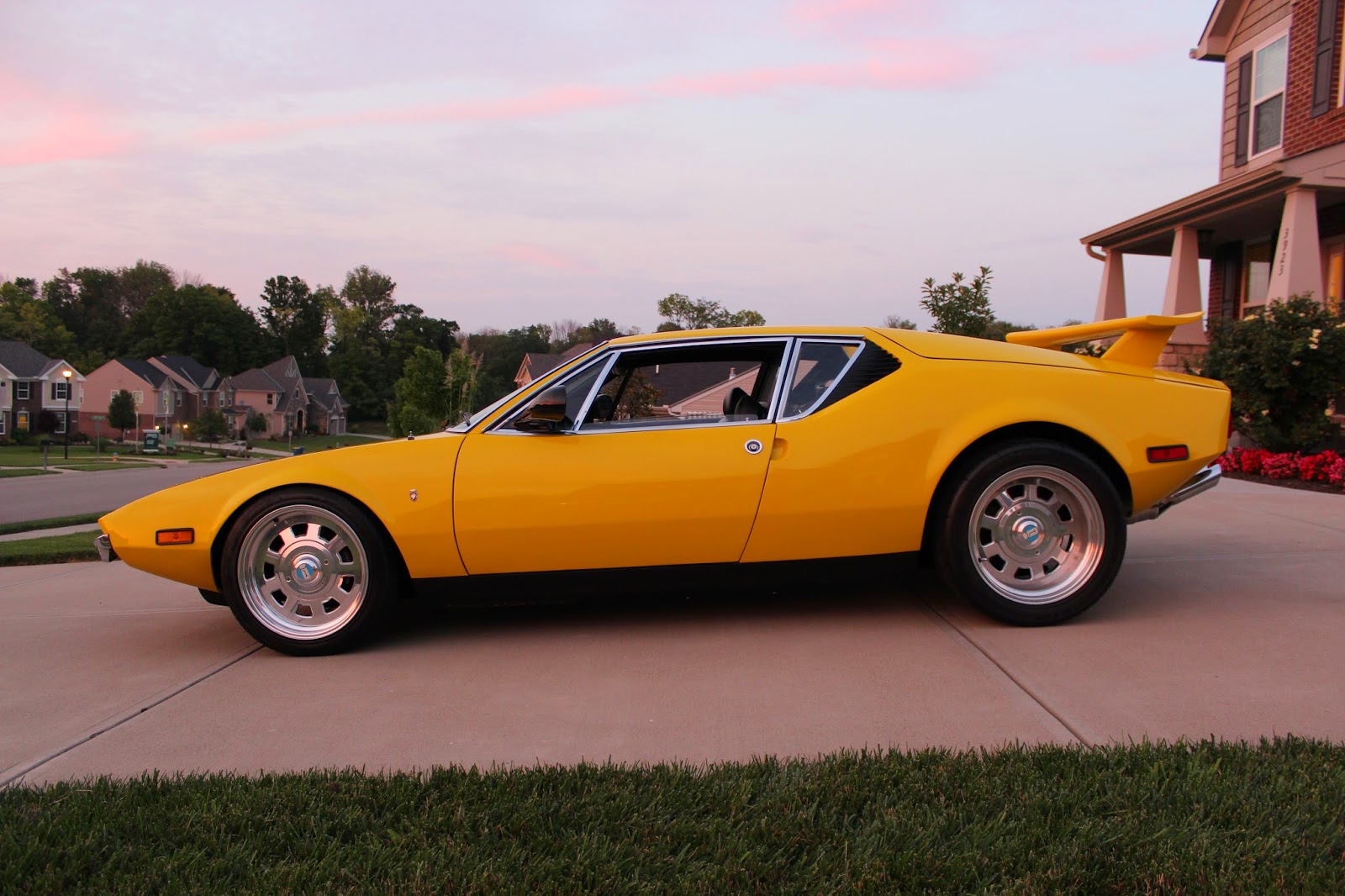 Posted by Cars In My Driveway at 7:42 AM