Another Z, A Bigger Number! 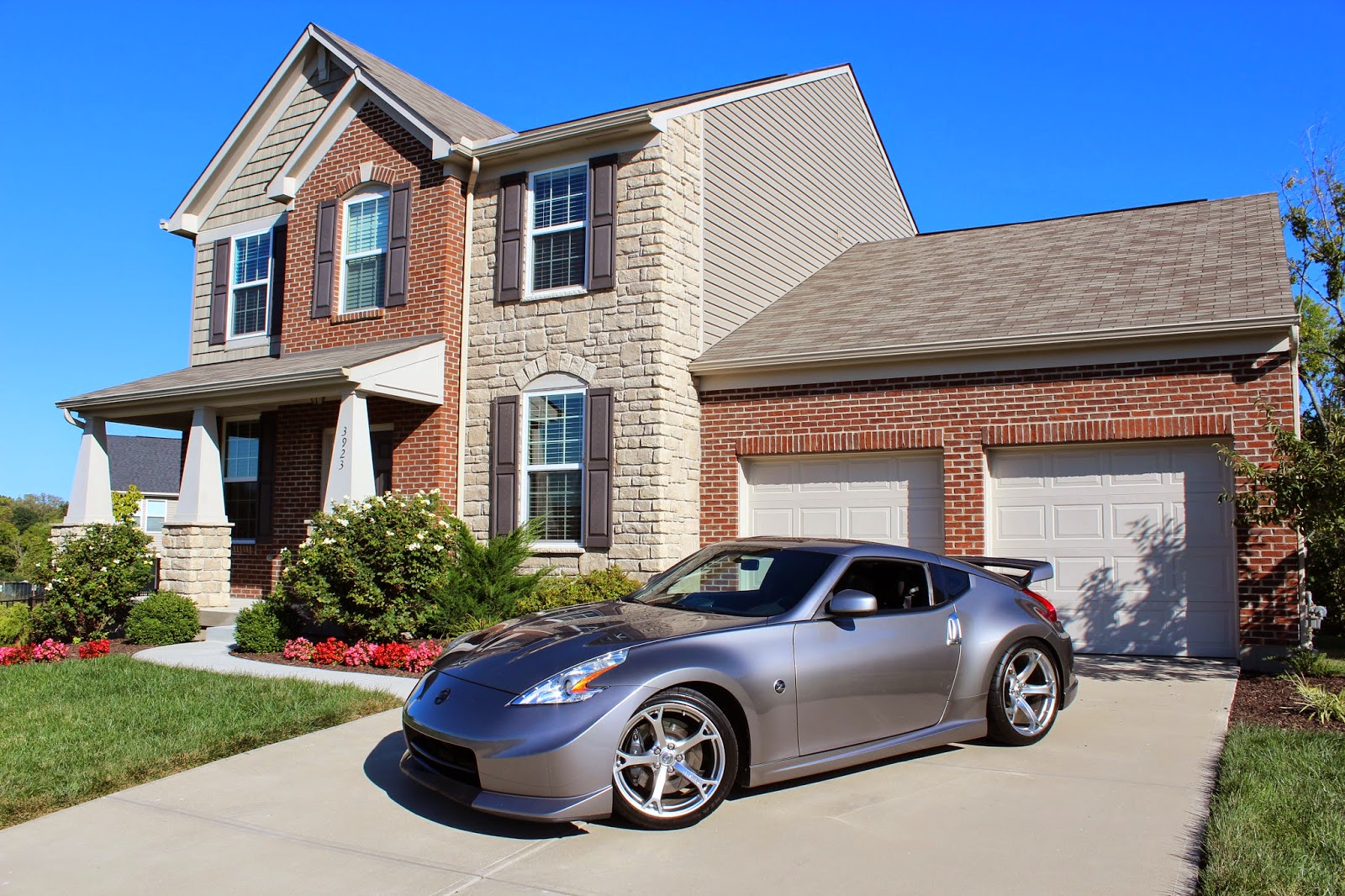 Another Z in the driveway. This one is completely different than the last Z I had over, but the same principles apply. An affordable sports car with good looks, good performance, and the best part, reliability. If you have ever had a conversation with a car enthusiast about which cars are best, Japanese cars always come up for their reliability. It always comes up because it is true, but we will discuss that in a few. This model shown is the 370Z Nismo. Most people reading this probably know about the history of the Z car, but if you don't, here is a quick snapshot. The 370 is Nissan's sixth generation of the model. The Z has been around for a while, and it has sold very well. That's really all you need to know for now. Story time! 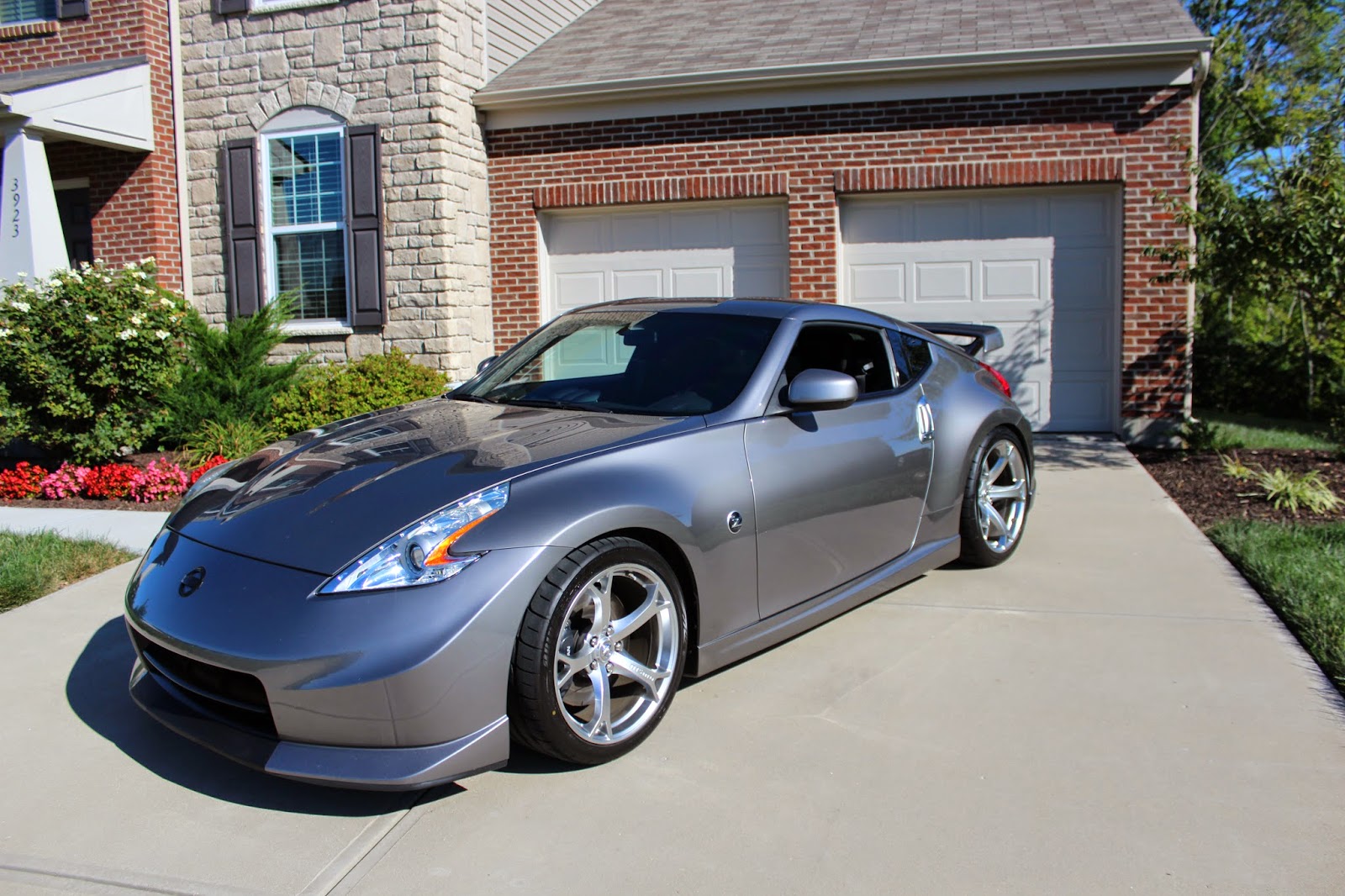 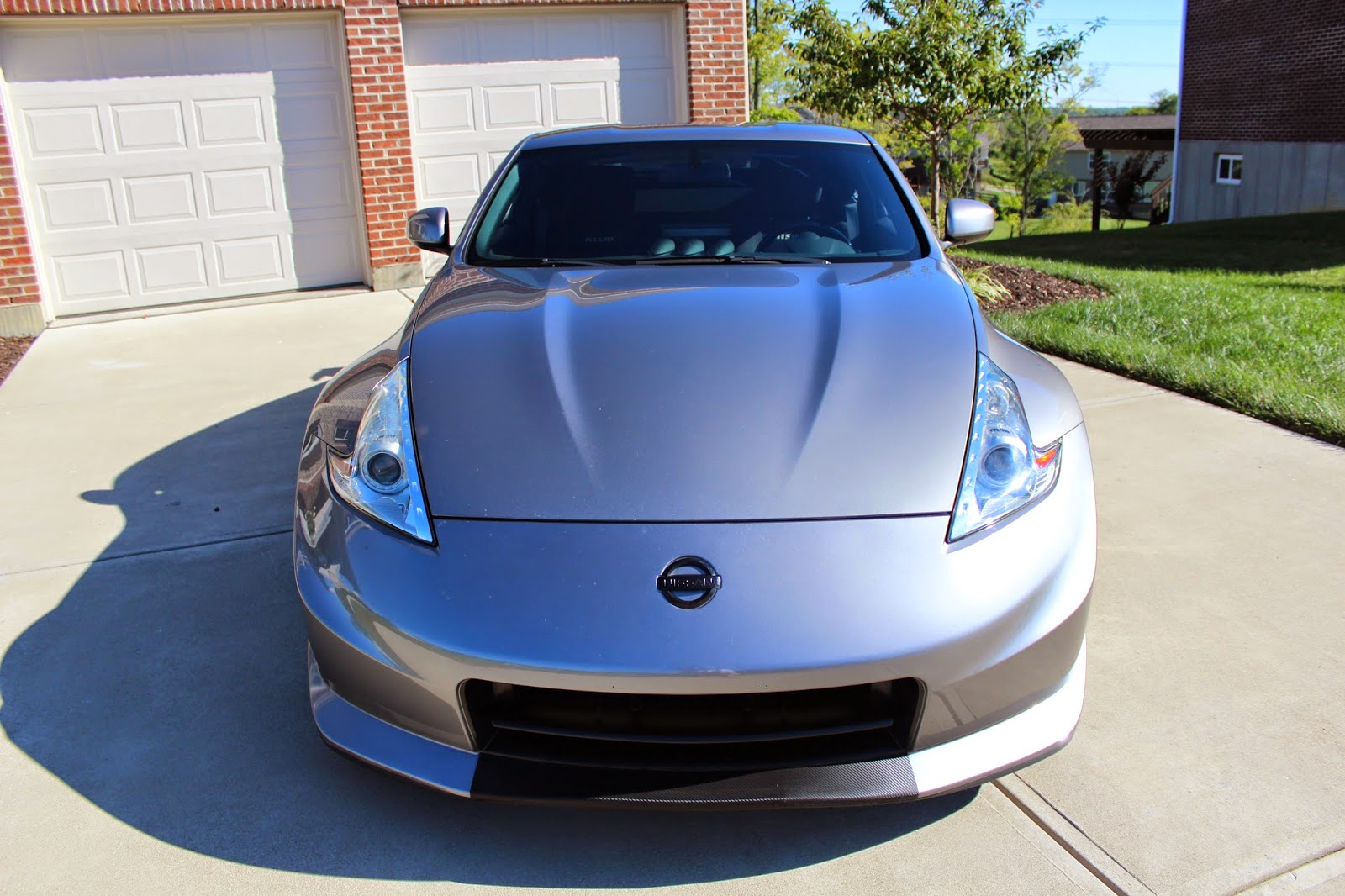 My first experience with the Z was the 300zx Z31. It was a non turbo edition and a friend picked one up when I was only 16, if I remember correctly. It was a manual and rear wheel drive and that's all that mattered when you are young. It could do donuts and throw the back end around better than Miley Cyrus twerking. I remember learning to drive a manual in this car and perfecting my technique on it. My buddy, on the other hand, could drift that car so well that we would just go out for a drive to whip it around corners. It was so controllable. It wasn't the fastest car around but it would take a beating and never let you down. It was..... very reliable! I had so much fun in this car. Growing up, it was pretty sweet being 16 and having the chance to drive a 2 seater manual sports car whenever I wanted. My friend was very trusting and didn't care I guess. I would never do the things he did though, as it wasn't mine. When I would take a ride with him though, it was "let's find more corners to drift around!" Actually, back then we called it fishtailing because Fast and Furious Tokyo Drift wasn't even written on paper yet. Coming fast into a corner, hitting brakes, dropping into 2nd, and dumping the clutch was a recipe for epic slides. It was so much fun that it was the start of my "stupid driving days." 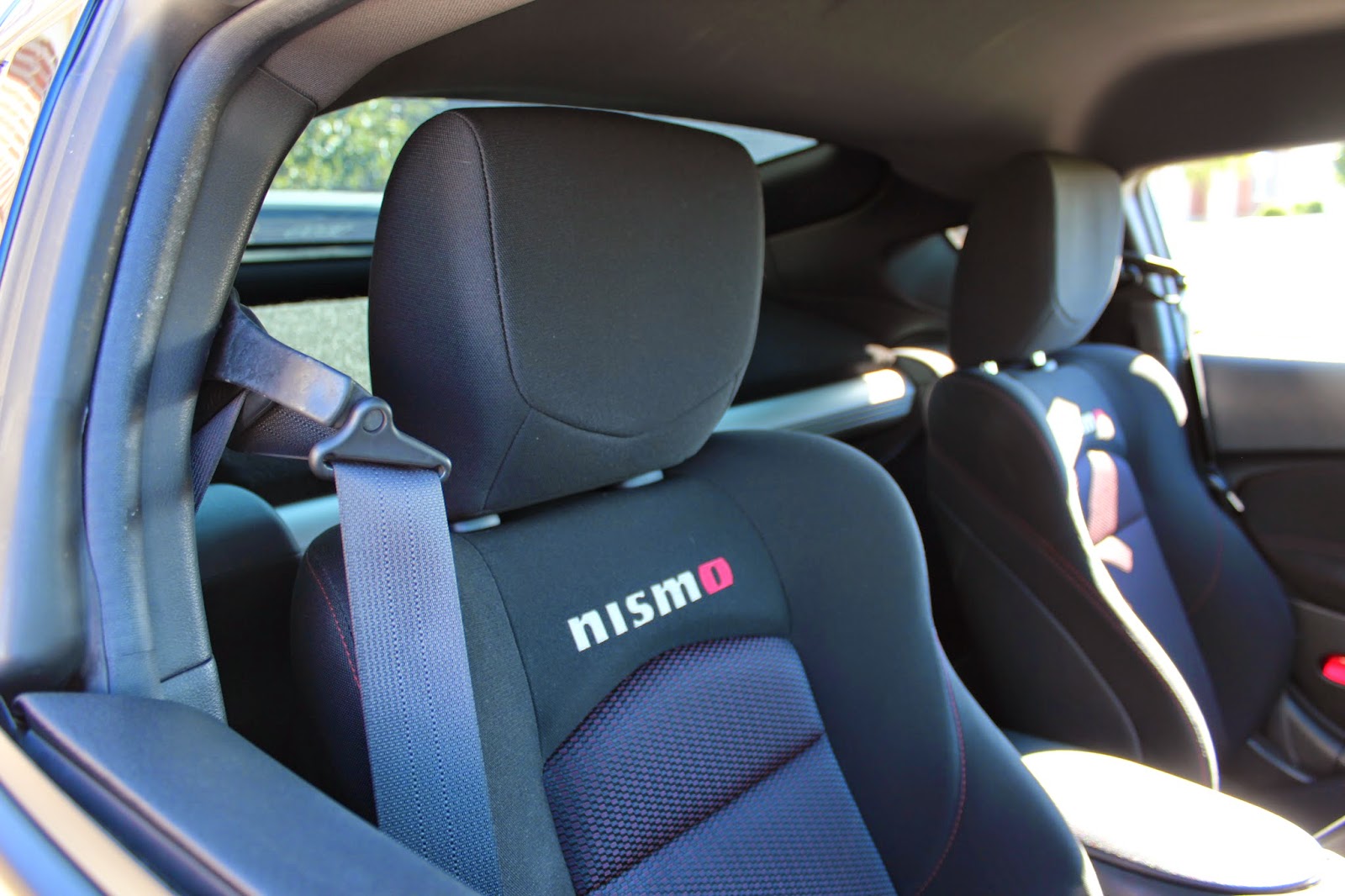 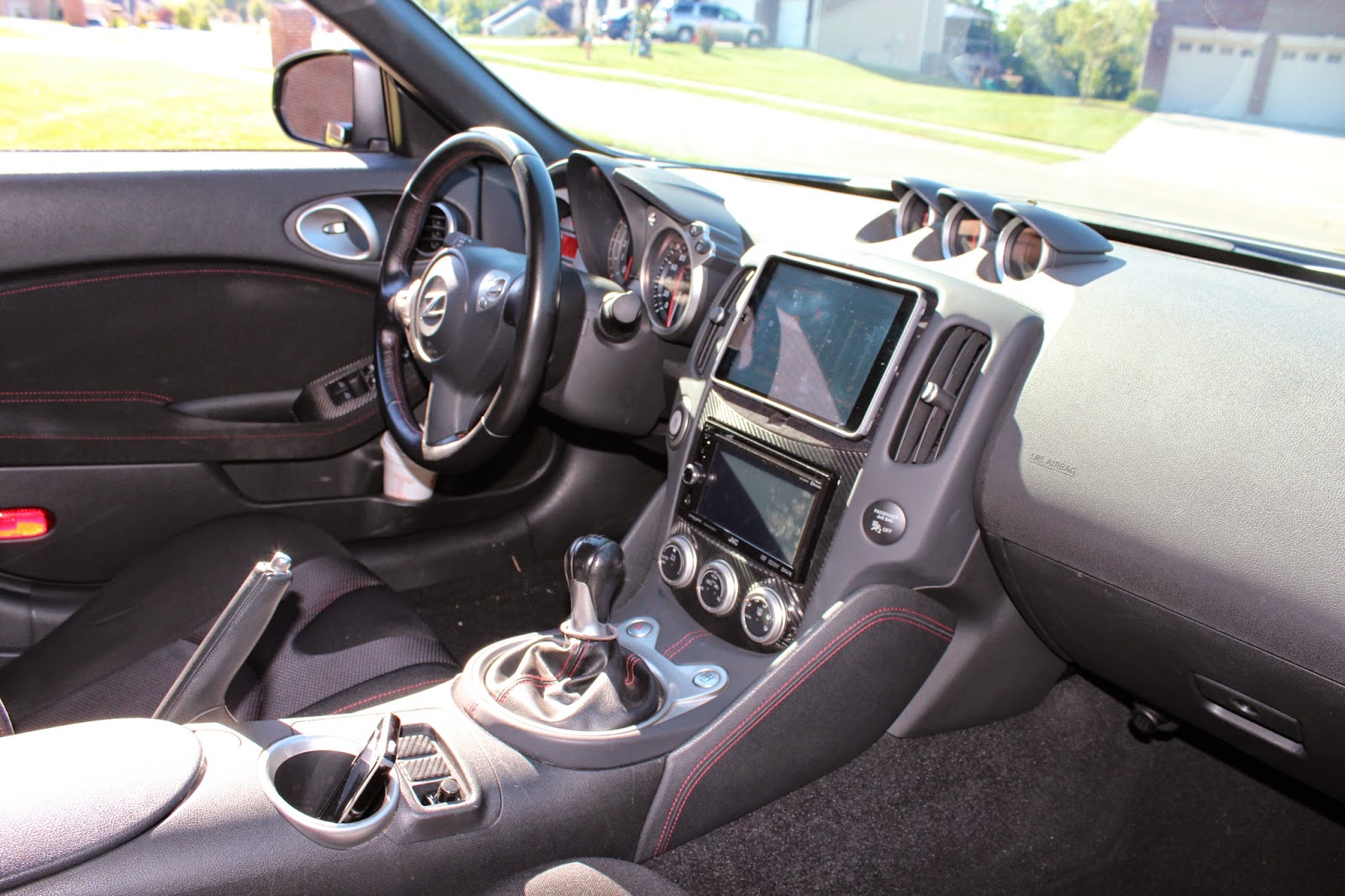 This 370Z is completely different than the one I drove many years ago. It still has that similar shape though. Long front end with the big ass to it. I will be honest here. I even admitted this to the owner. I don't like the 350Z and 370Z. There are two reasons. First is because I like the older model. Think of it as the old muscle car guys who prefer the older cars over the newer ones even though the newer models are leaps and bounds better. I still like the 300Zx Z32 model the best because that's what I read about when I was young. The second reason is because of the look of the rear. I think this car looks very odd without the wing. Something doesn't seem right about it. This car and it's Infiniti counterpart have the same issue in my opinion. This is solved when the wing is added. This car in the pictures is straight up badass. No wing-"Ewwwww." Wing- "Please excuse drool!" It is that much of a difference in my opinion. Notice I keep saying my opinion. A lot of people like it the other way around and to each his own. 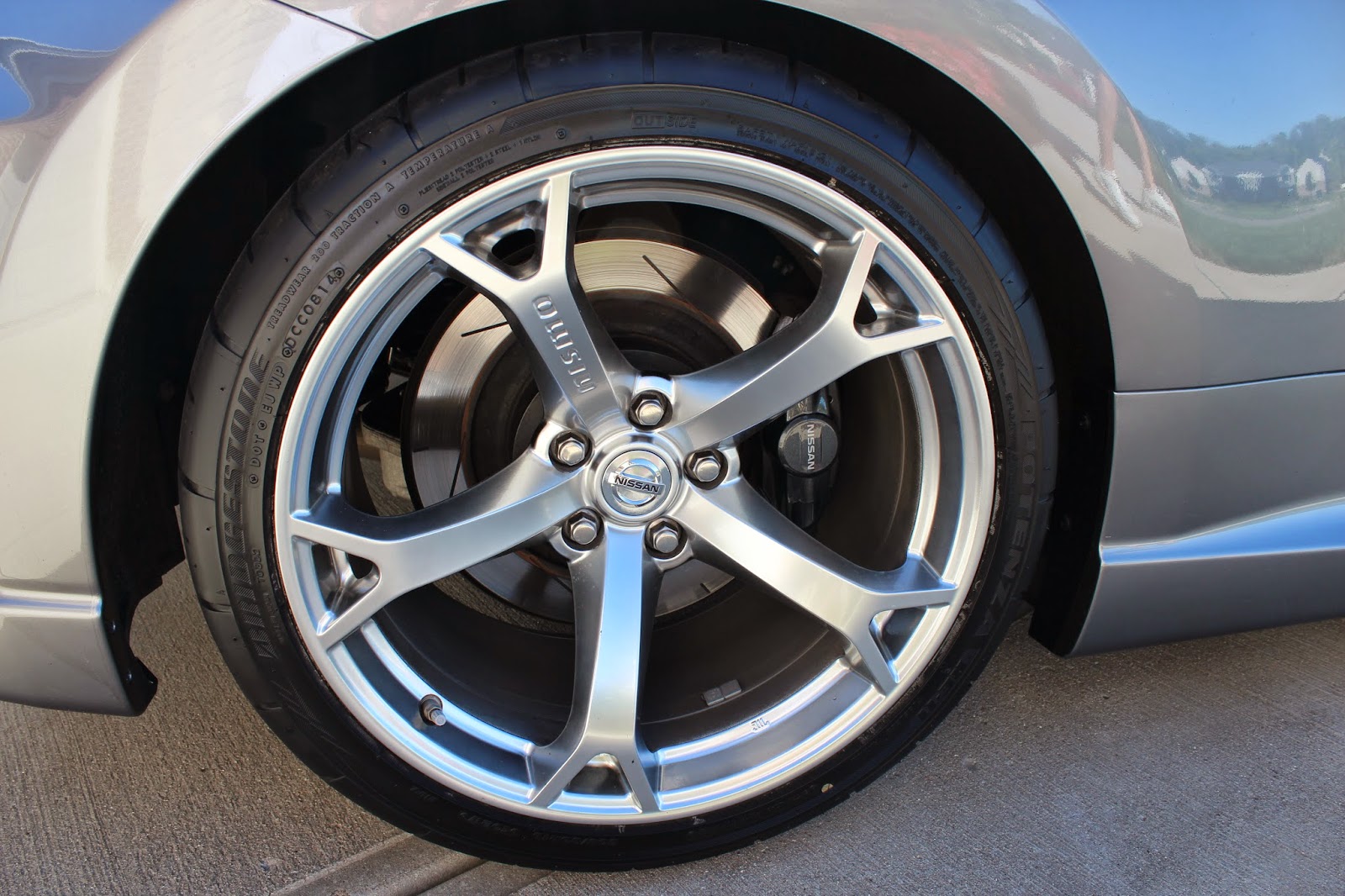 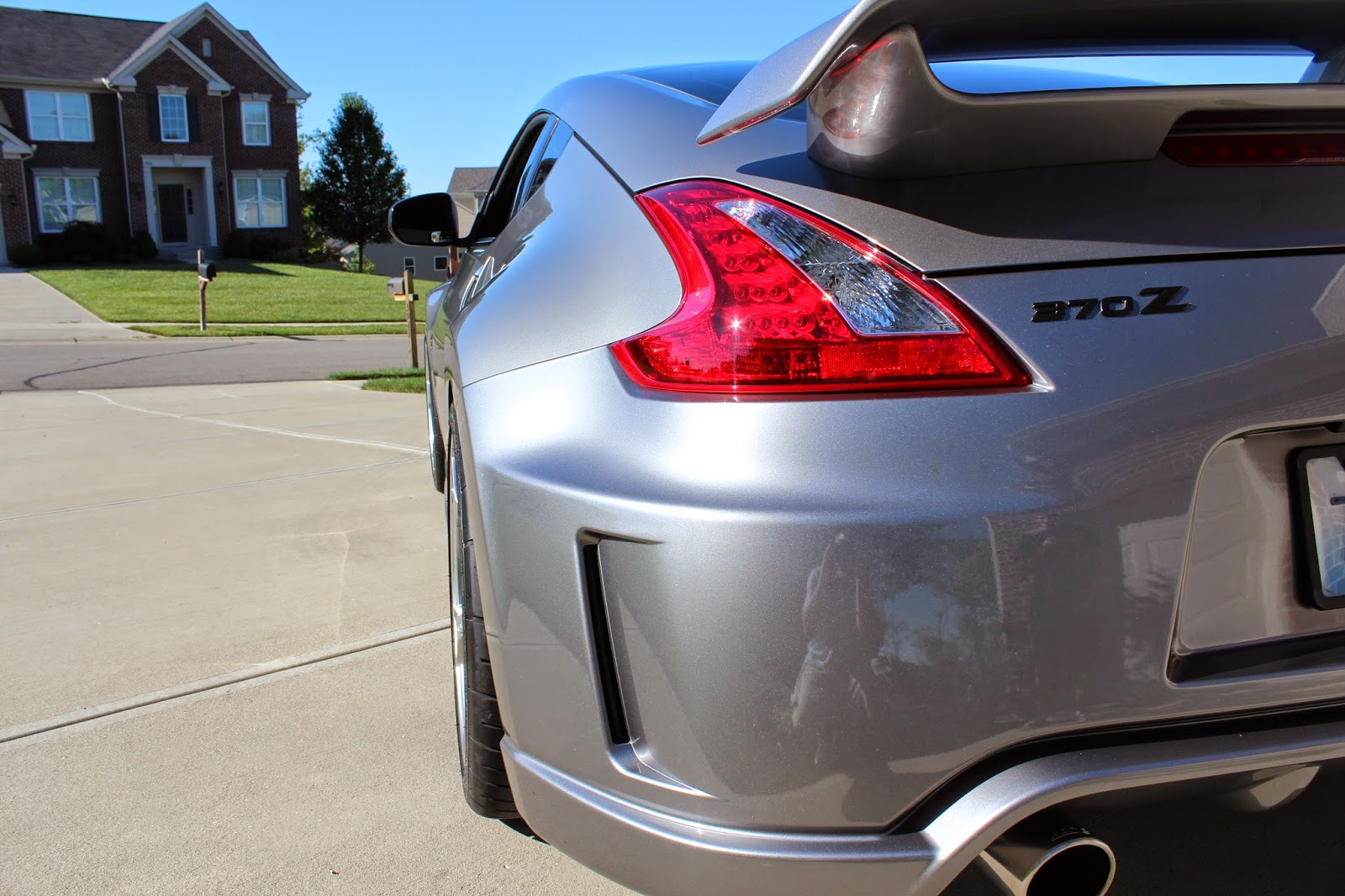 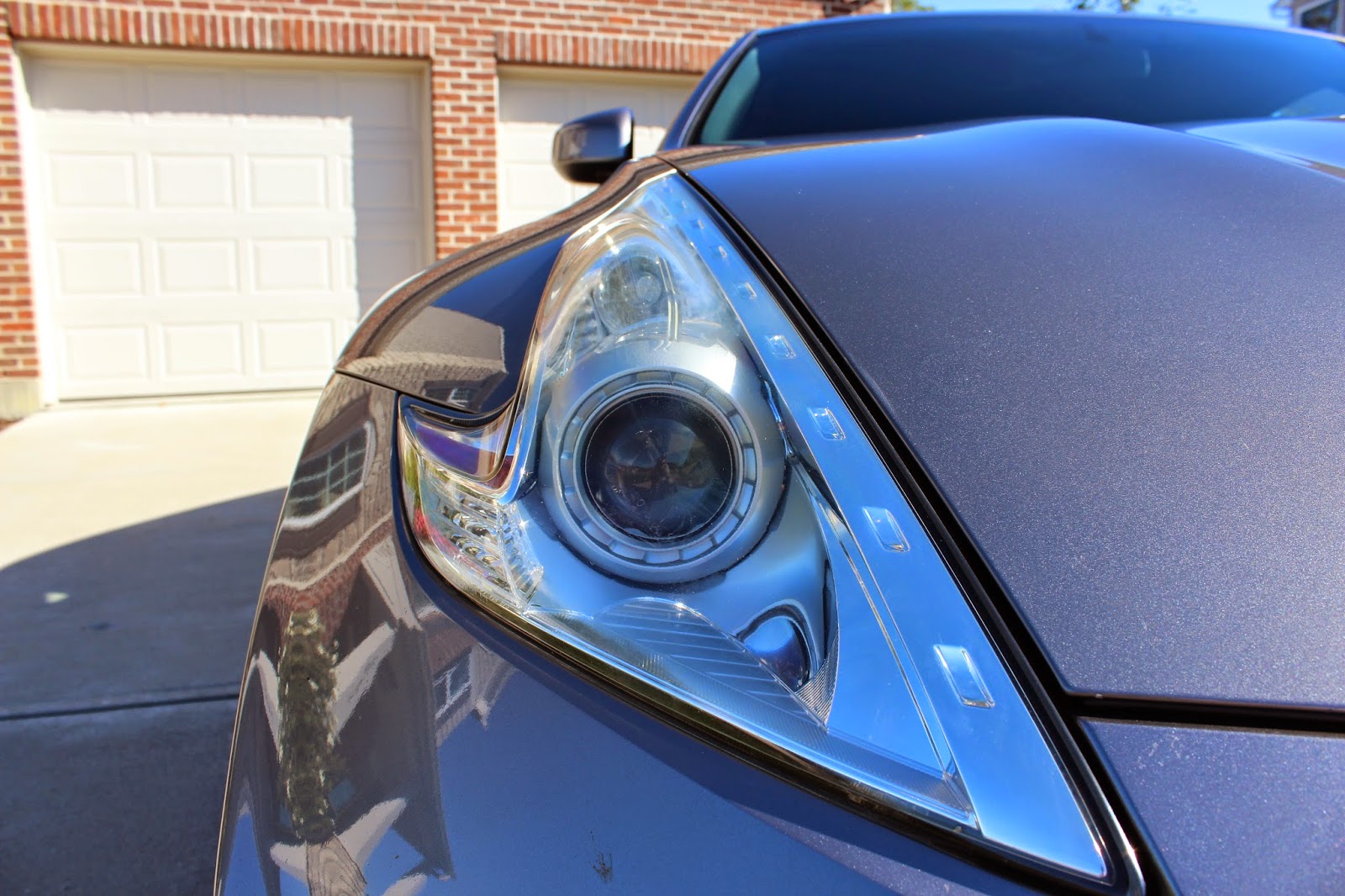 I have never ridden in a 350 or 370 so I can't really speak to how they perform. I know they are quick little cars, and a killer value as well. They can be tuned very well on top of that. This Nismo edition has some more bells and whistles and by far the best looking stock wheels I have seen on a car. Maybe not the best, but very close. That's right, those are not aftermarket. Seeing this car up close though had me impressed. There was a lot of attention to detail and it is good to see Nissan stepping up their game inside and out. Obviously the GTR is this car's big brother and that is a completely different animal, but this car is still good looking and has form following function. Still having a rear wheel drive manual these days speaks to how Nissan views their clients. They still want to have fun the old school way. Many reviews complain of the GTR being numb and too computerized. This on the other hand, is a drivers car. Even though the GTR will eat this for breakfast, lunch, dinner, and a snack, the 370 is no laughing matter. This car has good NA power, a wonderful sound, and still able to be tossed around like Miley Cyrus has been. Was that too far? Oh well. Sorry. 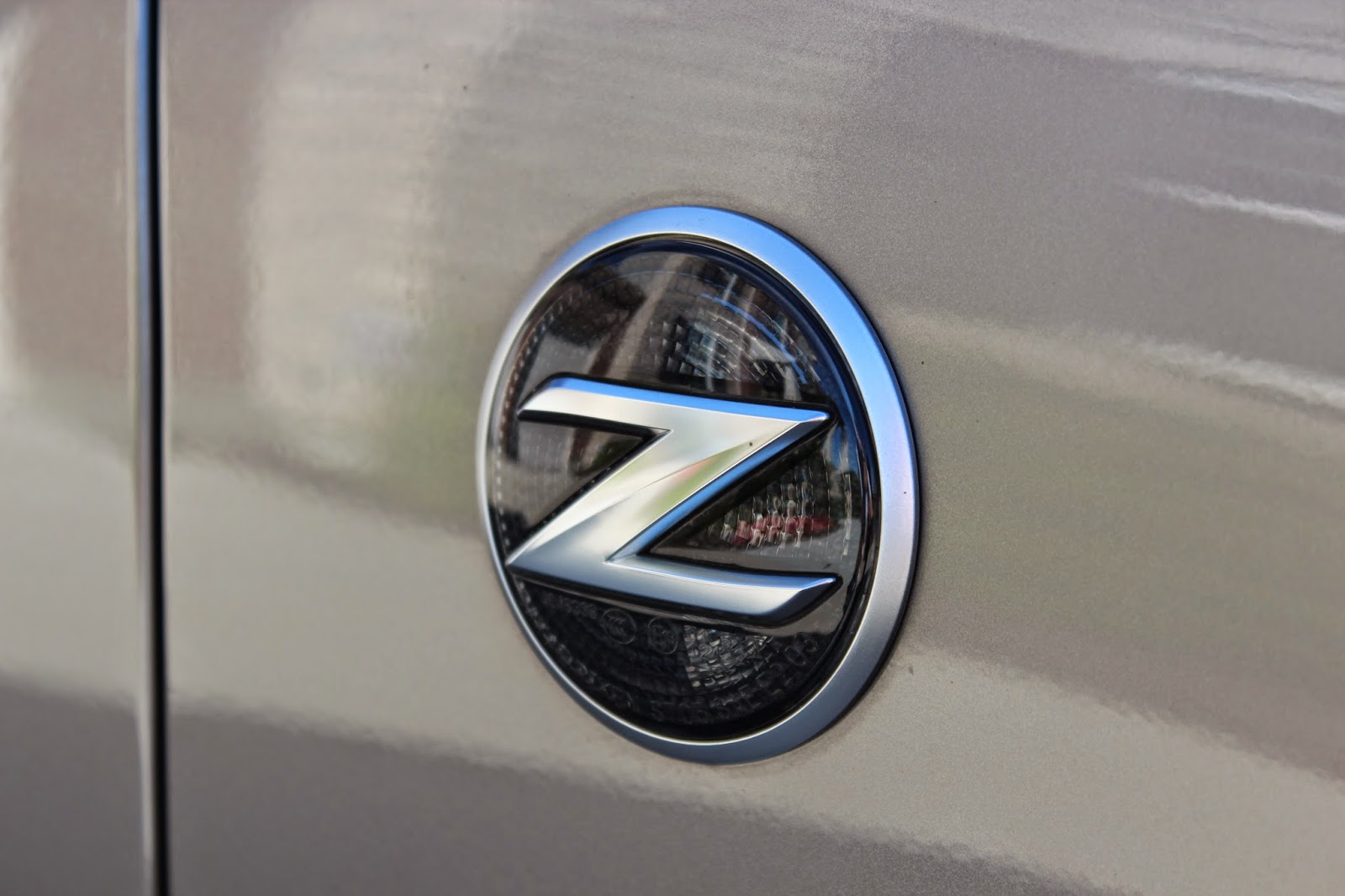 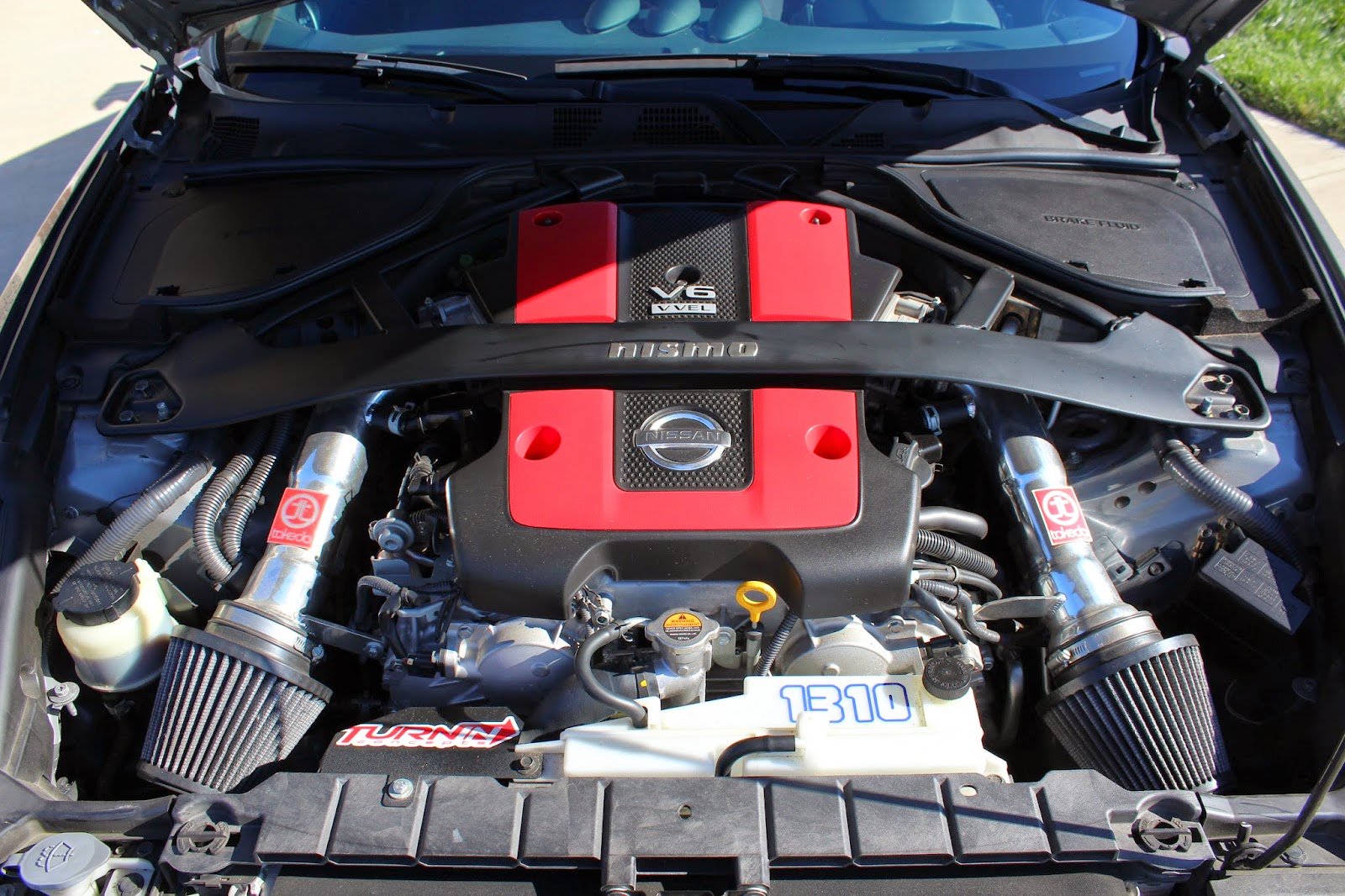 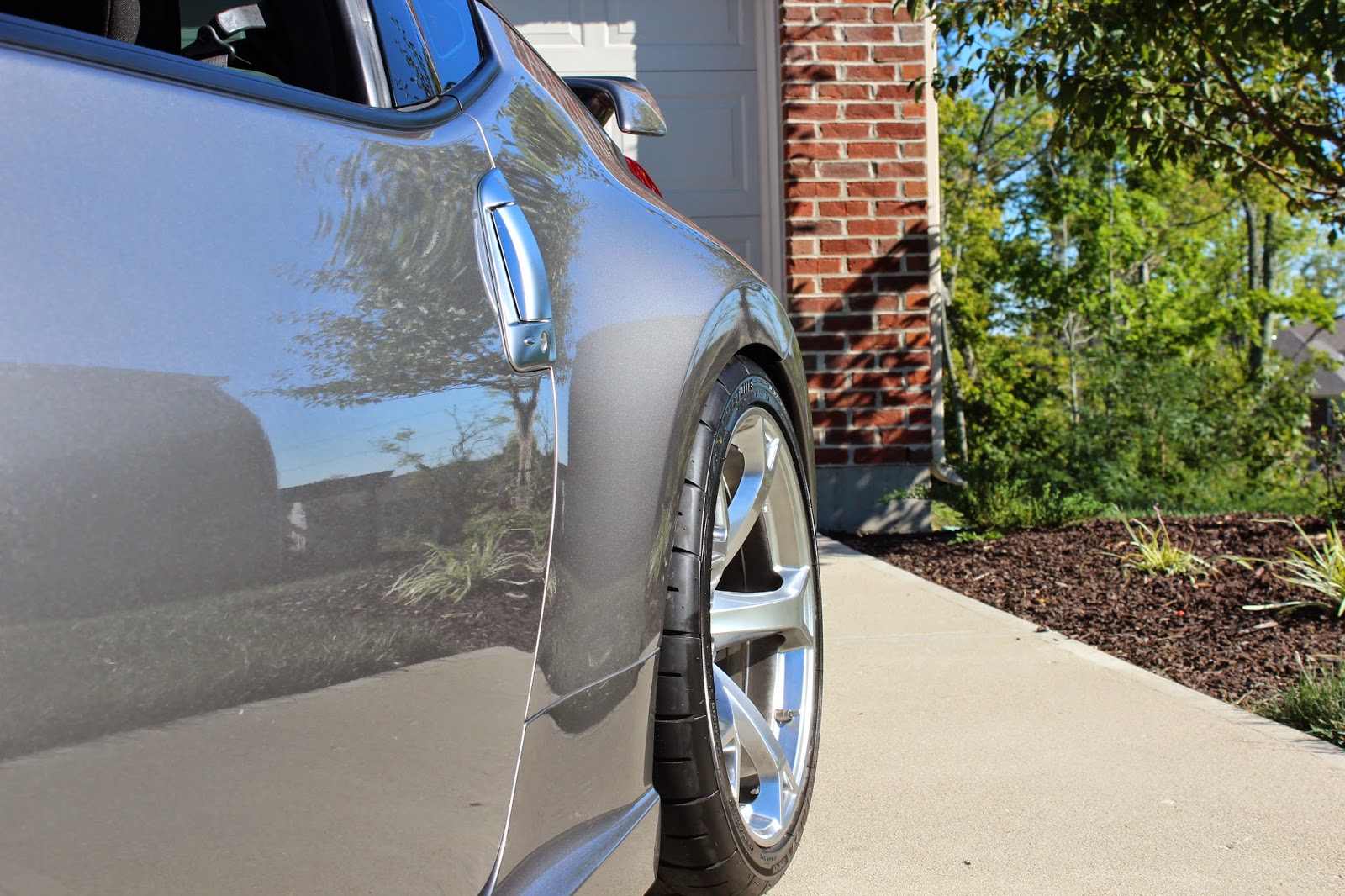 Back to the other thing I mentioned earlier, reliability. Yes, the Japanese cars have a history of reliability but I can explain a bit. German cars have a stigma of being costly to maintain and repair. Let's compare real quick. Again, my opinion so don't freak out here. Let's look at the German sports cars/sedans, new and old. Audi RS7- 560 horsepower twin turbo V8. Mercedes E55 AMG- 469 horsepower Supercharged V8. BMW M5- V8s,V10s, V8TT- lots of power. Porsche 911 turbo-many models over the years but over 500 horsepower in a turbo flat 6. These are complex cars and complex motors. Now look at the 370Z, Acura Integra Type R, and even the NSX. They are not sporting crazy built motors with forced induction. They use proven motors and make the best they can with them. They have less to go wrong and therefore have the reliability we see. Some people want power. Some people want reliability. Sometimes it is hard to have both when it comes to these. That's where I see Nissan though. The 370 is probably a very fun car, and the best part is, you will always be able to drive it. It won't be in a shop 100 days a year and it won't be beating the German sport sedans but it will never let you down and it will be ready when you want to fishtail! These arguments between enthusiasts will never go way, but who cares really? Each model has a target audience and the Z car has a cult following and strong sales to back it up. People buy them for a reason, they are fun. That's all that matters. I used to hate on them but I can't. They are great cars. Yes, my German car bias kicks in sometimes, but I will be honest. I would love to drive this car daily. I would beat on it everyday and not worry about it because it will take it like a champ. 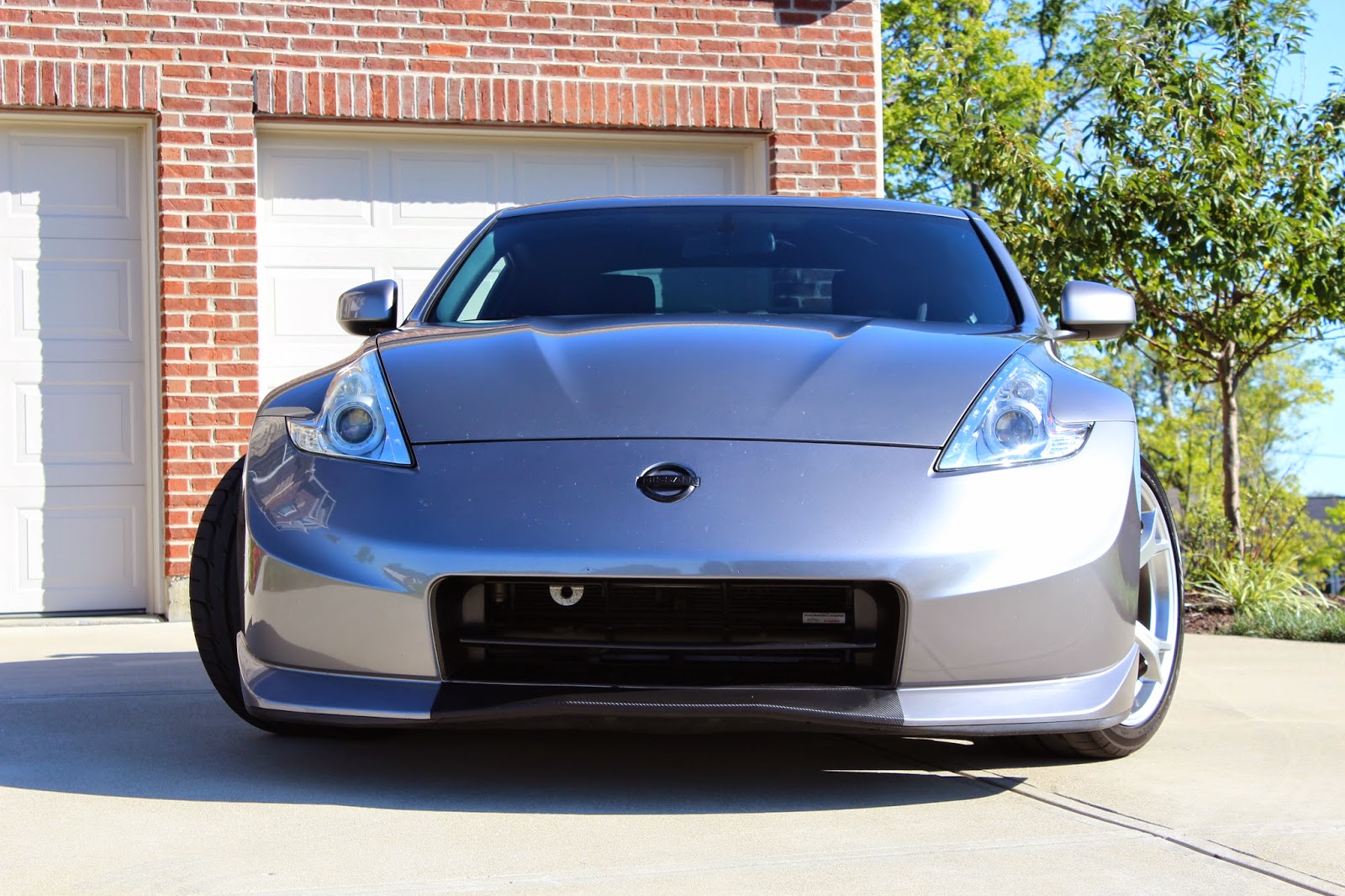 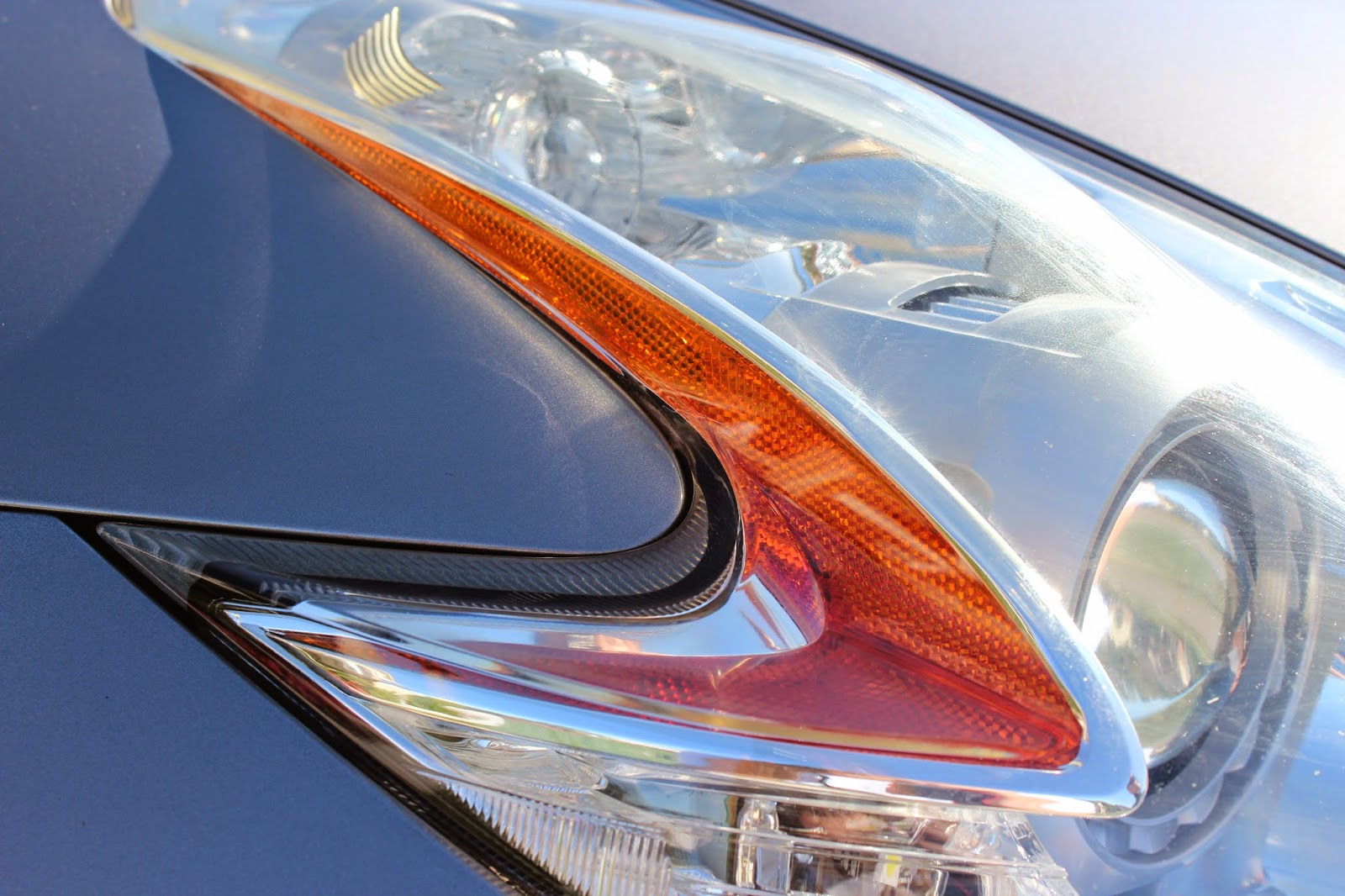 I want to thank the owner for bringing this by. This is by far one of the cleanest cars I have had in the driveway. It is well taken care of but even better, it is driven! I was very impressed with the detail of this car design and while we talked about the car, I kept looking at the car more and more. It really grows on you even if you don't agree at first. The rear is super sexy with that wing. I can't say enough about the wing and wheels. They make the car go from blah to OMFG! Great Job Nissan!


Thanks for reading and please share the FB page! Please comment as well. The more people we have, the more cars I will get!

Posted by Cars In My Driveway at 8:13 PM