The Terminator- Arnold would be proud 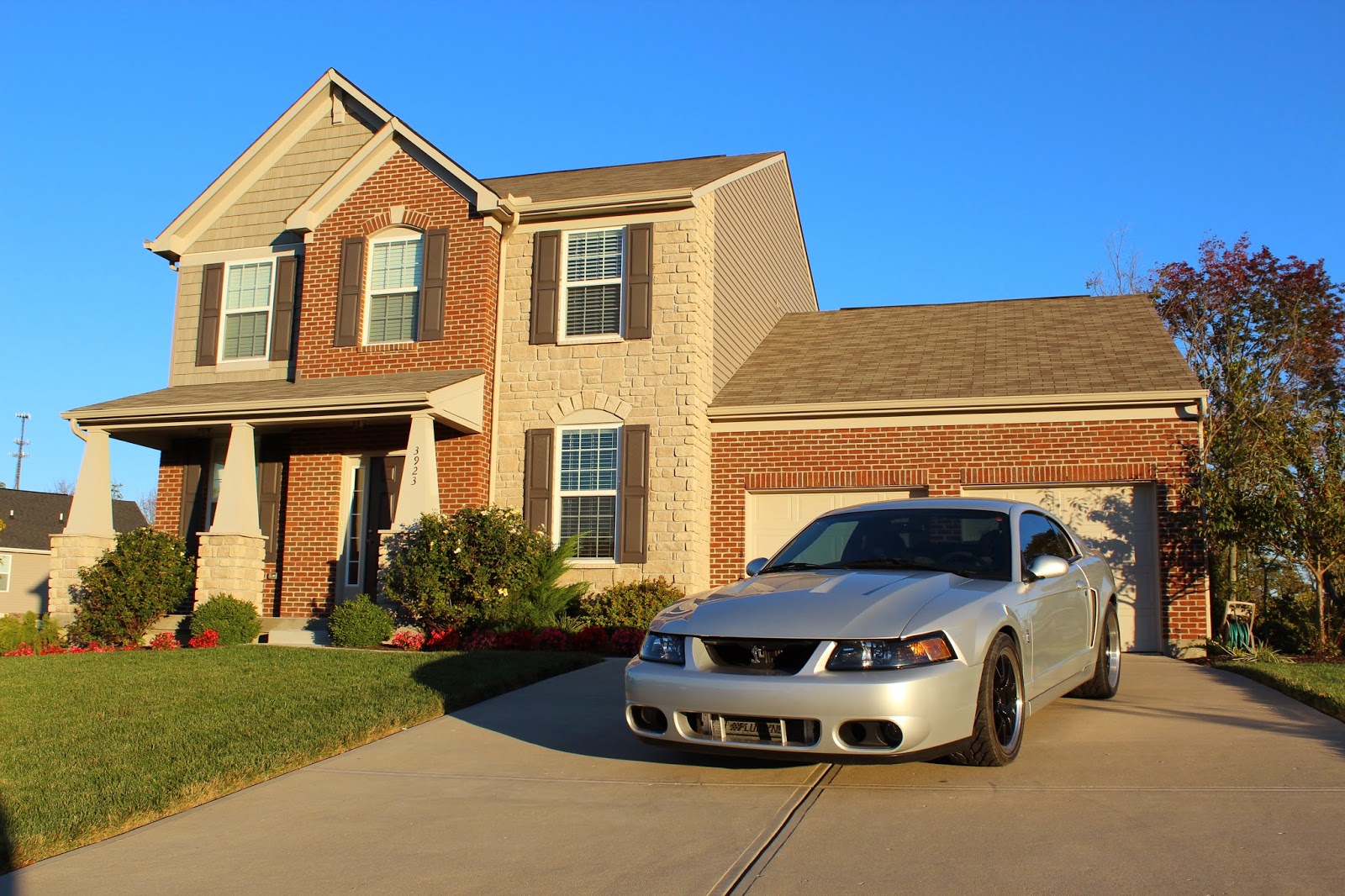 It's hard to believe this car is over 10 years old! Time really flies it seems. I remember when this car came out. It's in that period of my life where it seems like it was a few years back but in reality, it was a long time ago. That's the only way I can explain it. I am trying to imagine the last 10-12 years and where I have been but I am starting to get confused and my brain is hurting so I will just stick to the car and my fond memories of it. 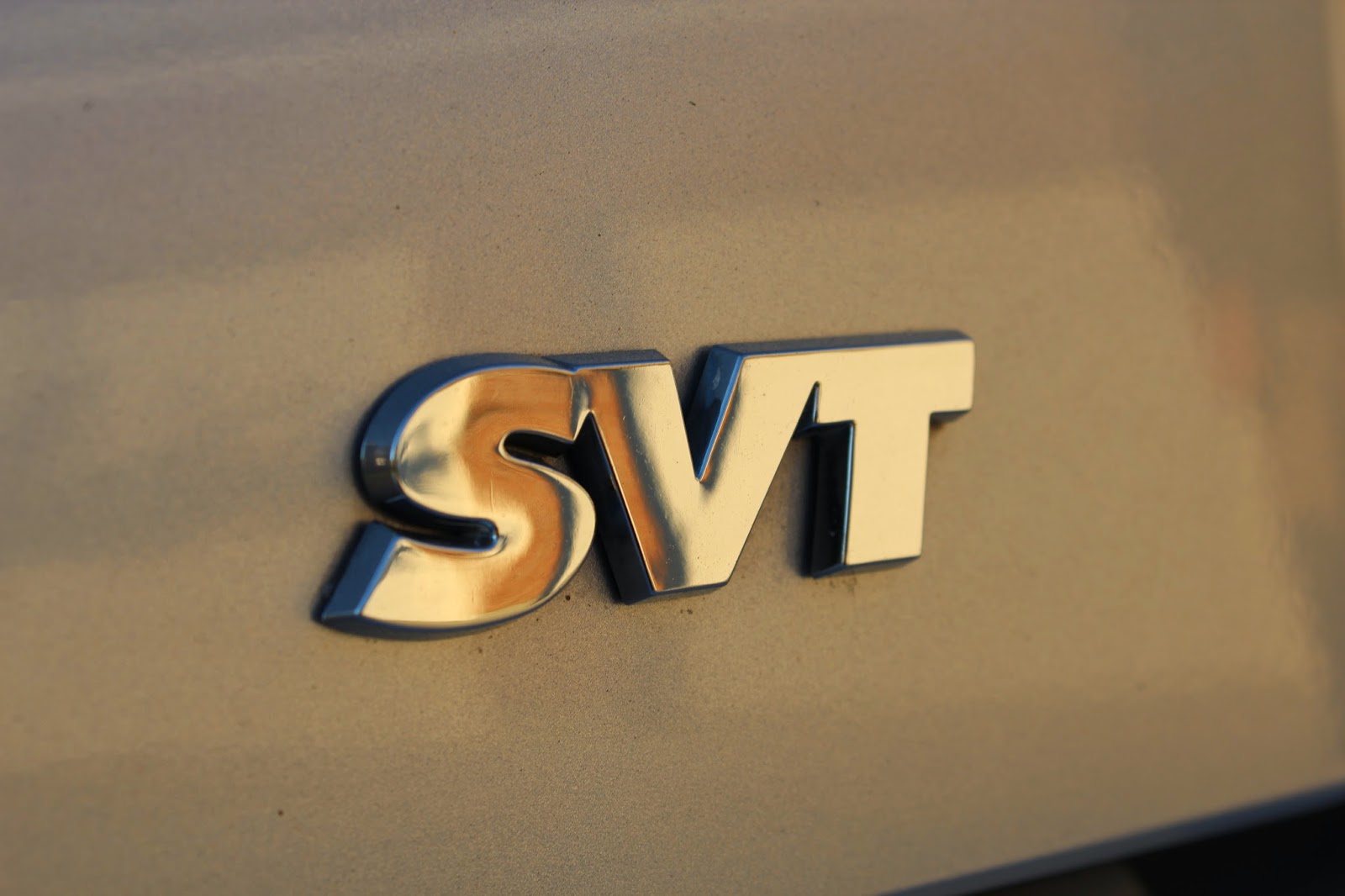 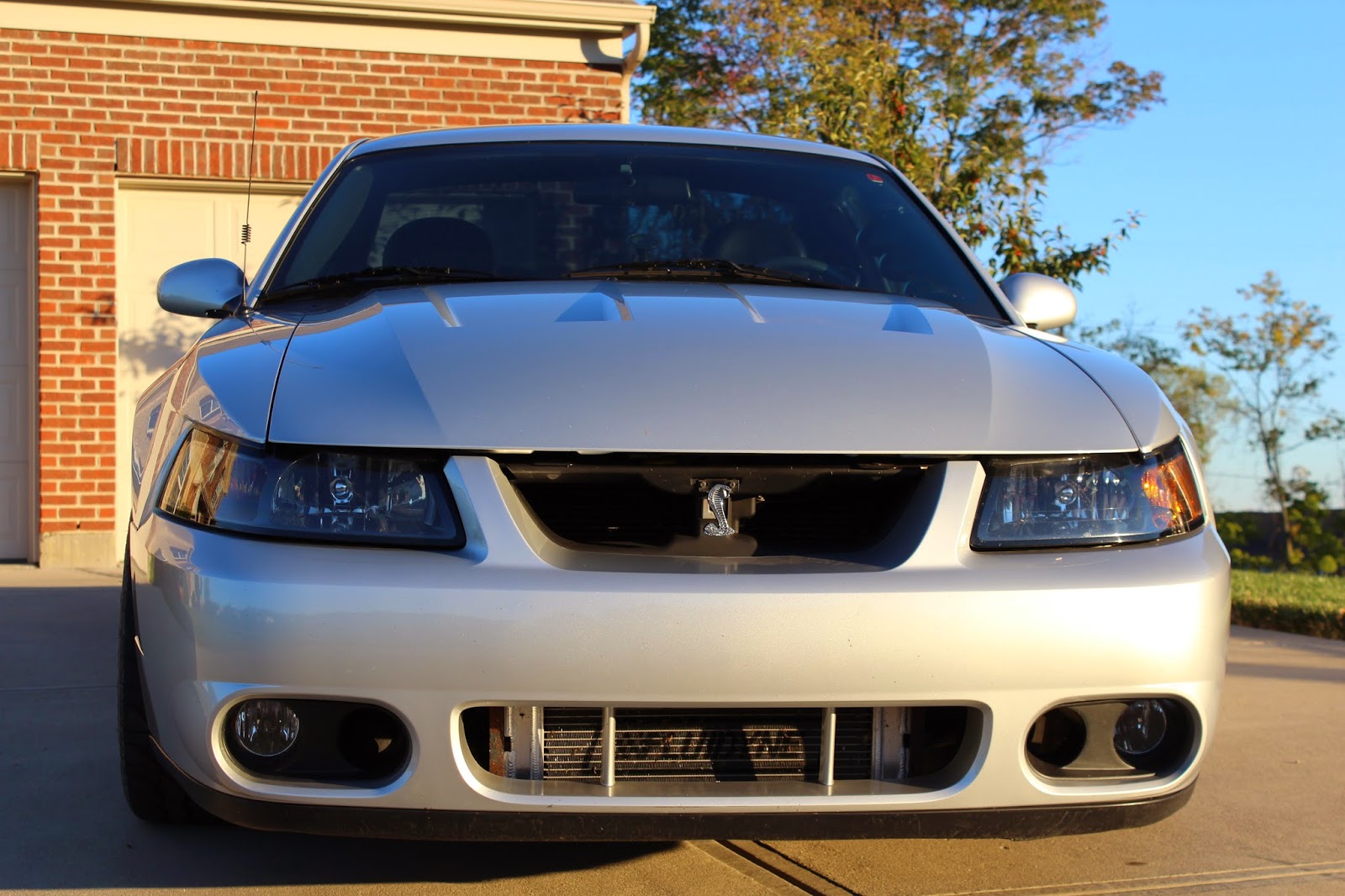 This is the Terminator Cobra. I still refer to it as the 03 Cobra as that is when they came out. They are called both ways depending on who you ask. This car was made in 03/04 and has a supercharged 4.6 V8 that is hand built and signed by the builders, similar to the AMG motors, although built by two people, not one. They are powerful stock and back in 03/04, they were fast. With around 400 horsepower and the best whine sound from the supercharger, they earned the name Terminator. For the price, not many cars could even come close. They had good value, good power, and a wonderful sound. The great thing about it as well, is that they can be built, and built to be bat shit fast. The motor is very mod friendly and very durable as well. With different superchargers, pulleys, and exhaust options, these cars can go from 400 to 800 horsepower with a signature in your checkbook. 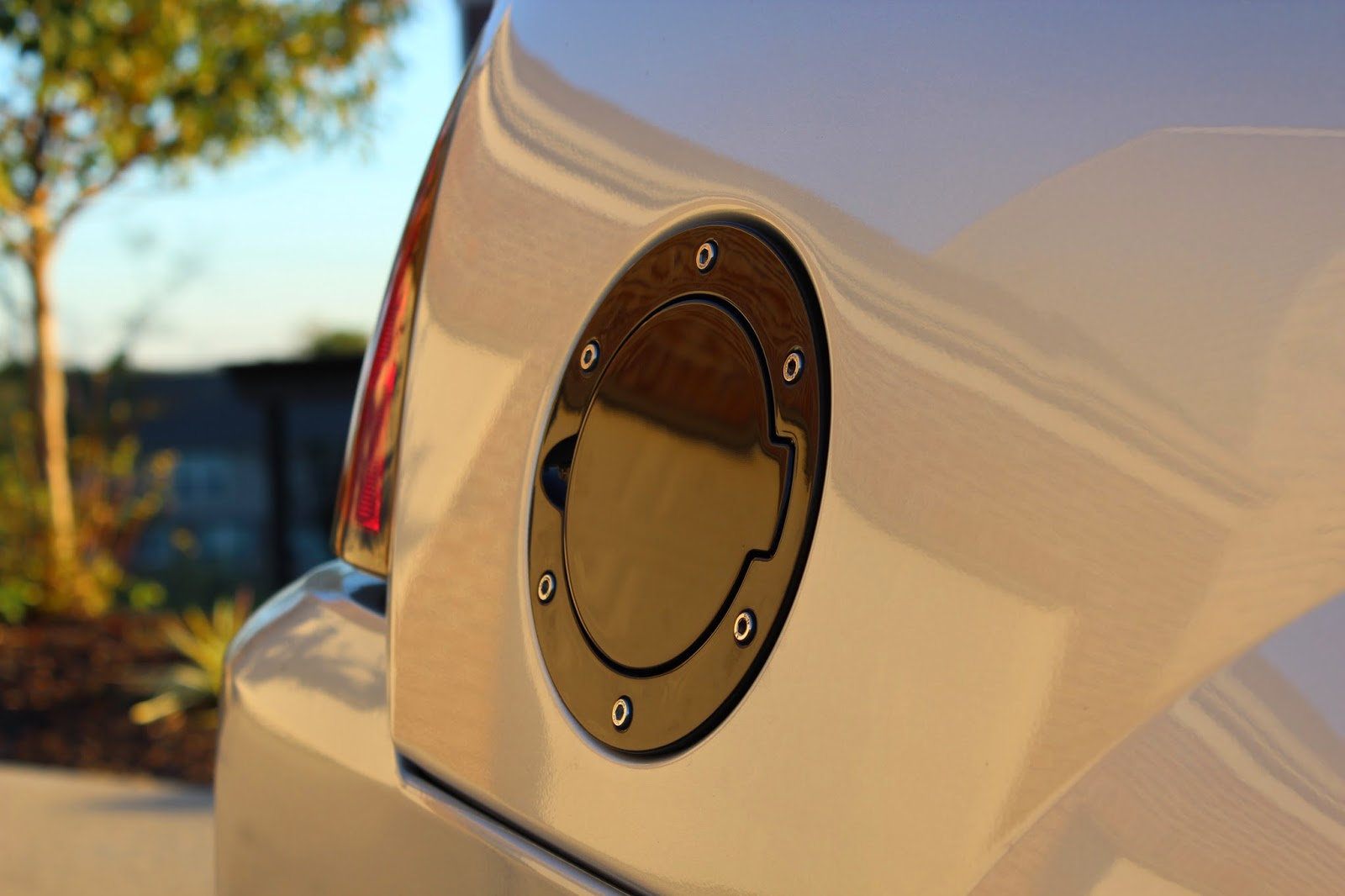 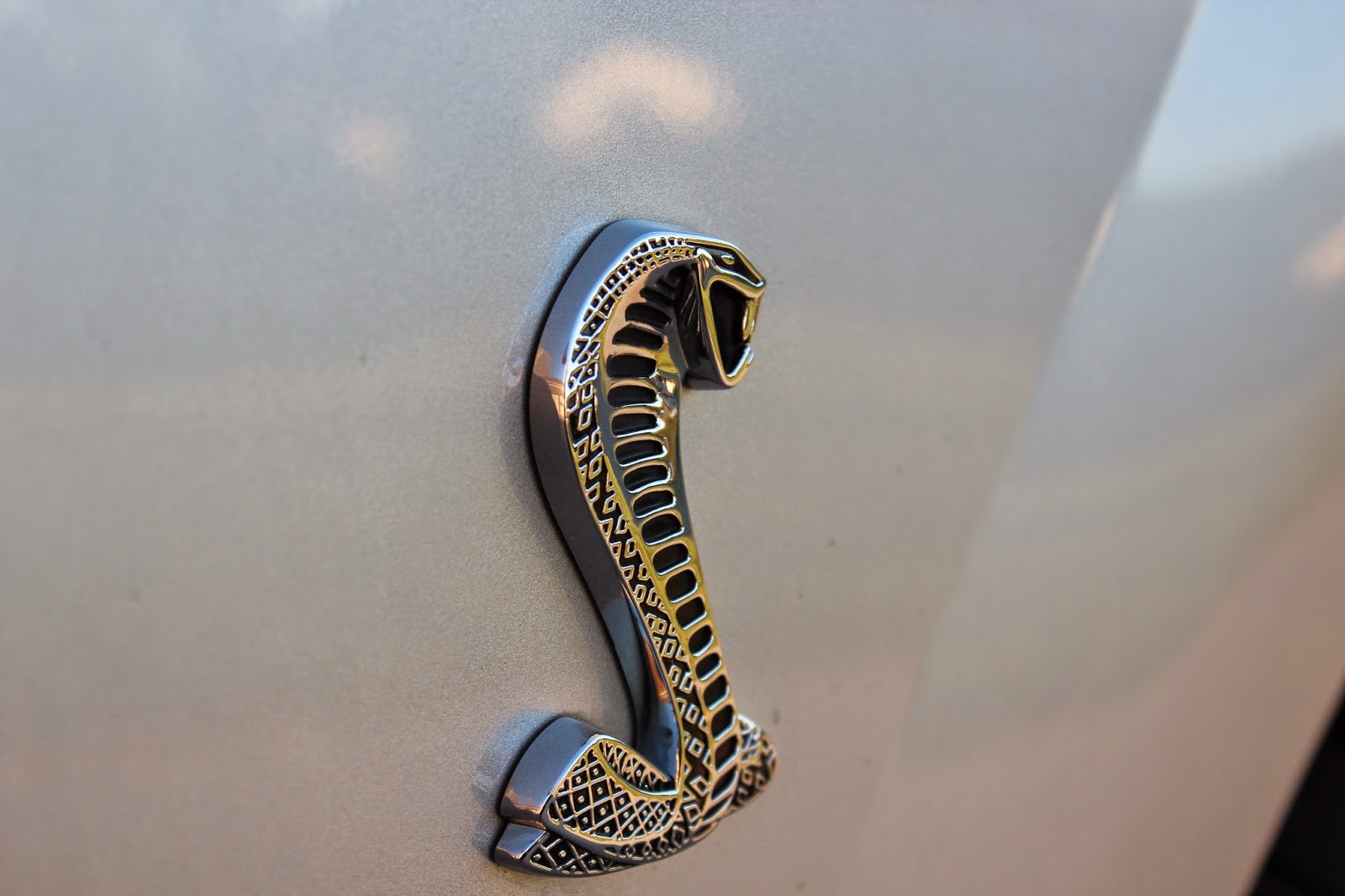 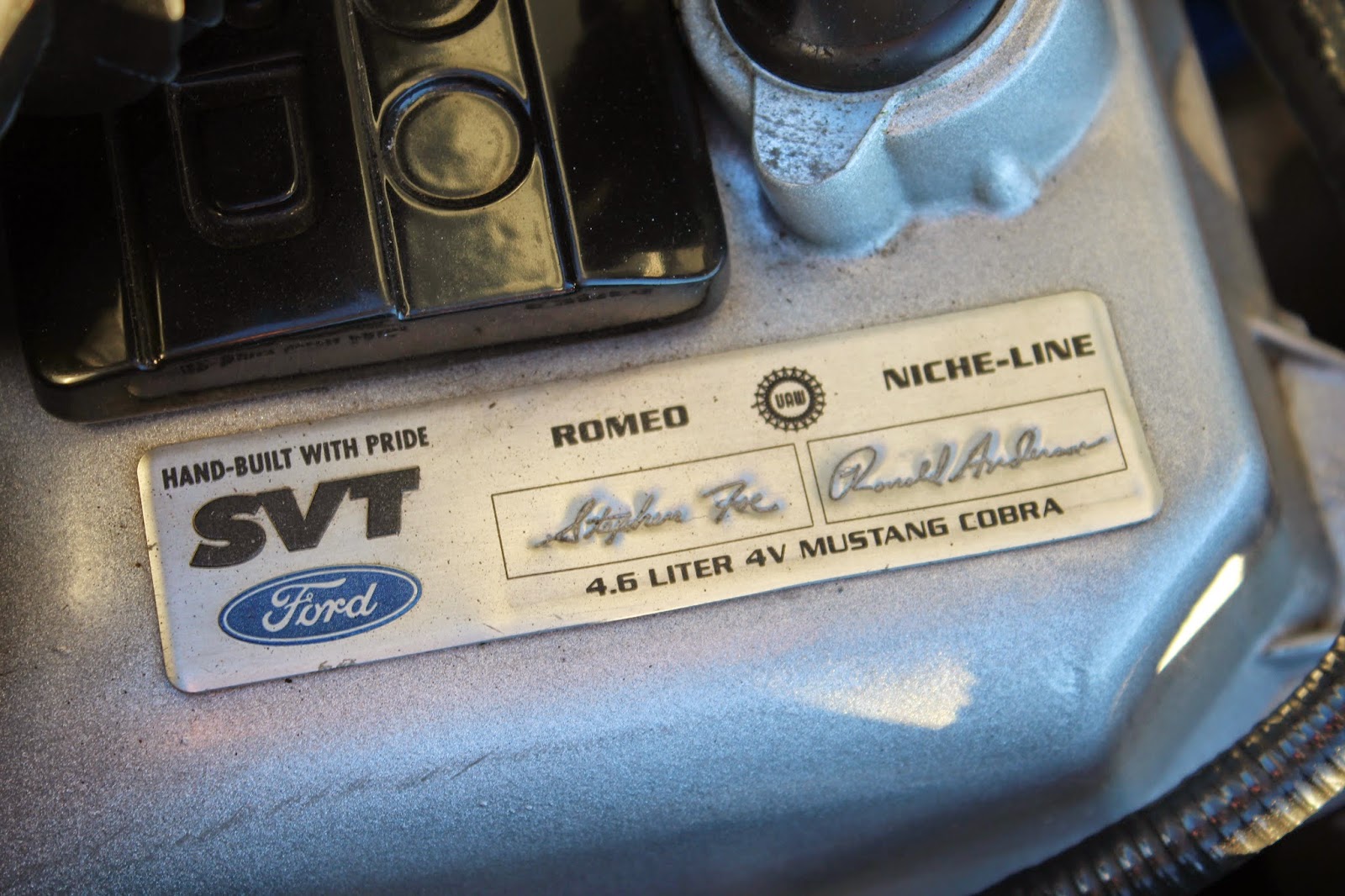 Story time!  Yes, I have a story for almost every car I write about. Deal with it. I was working with a phone company at the time, I won't name them, and a buddy who worked there too picked up an 03 convertible. Back in those days, we were actually sales people and not the aggressive clerks Verizon employs now. We had the ability to make deals, save customers from leaving, and have our customers always come back to see us instead of putting them in a cue to get the next available scammer. So back then, we dealt with a guy who was a high revenue client who had multiple issues with phones and always liked the latest models, so we would take care of him and he thanked us with tickets to concerts. One sunny day, he walks in with 4 front row seats to Jimmy Buffet. Not gonna lie here, I am not a huge fan but I didn't hate the music either and it was free and there were chicks there so count me in. It was such short notice, we had to leave right after work to go. I remember calling a buddy who was a fan and mentioned we had free tickets and he declined them. Yeah, he missed out. I won't go into what happened that night because it was epic and should not be repeated, but I do want to discuss the drive there which is whole point of this set up. I had my turbo Audi A4 at the time and we were cruising down to the concert, me following the 03. While on the way, we got stopped at a red light.... next to each other. Guys, red lights, open straights, and cars is a recipe for race. By the way, we drove from Kentucky to Mexico in 15 minutes to do this race for it to be legal. Light turns green and I launch. Mistake #1, having my windows down. I have never heard such savagery. It was brutal. That 03 took off so hard and so loud, I lost my train of thought. I remember him roasting tires and not really pulling away till he hit second. I got freight trained. I was in shock...I got left hard. It didn't seem real, and I was pissed my car was so slow. Why was it so slow? 1. It was only a 1.8 4 cylinder and 2. I was so involved in watching that cobra take off, I forgot to shift. I was hitting rev limiter for like 5 seconds. It was that badass. 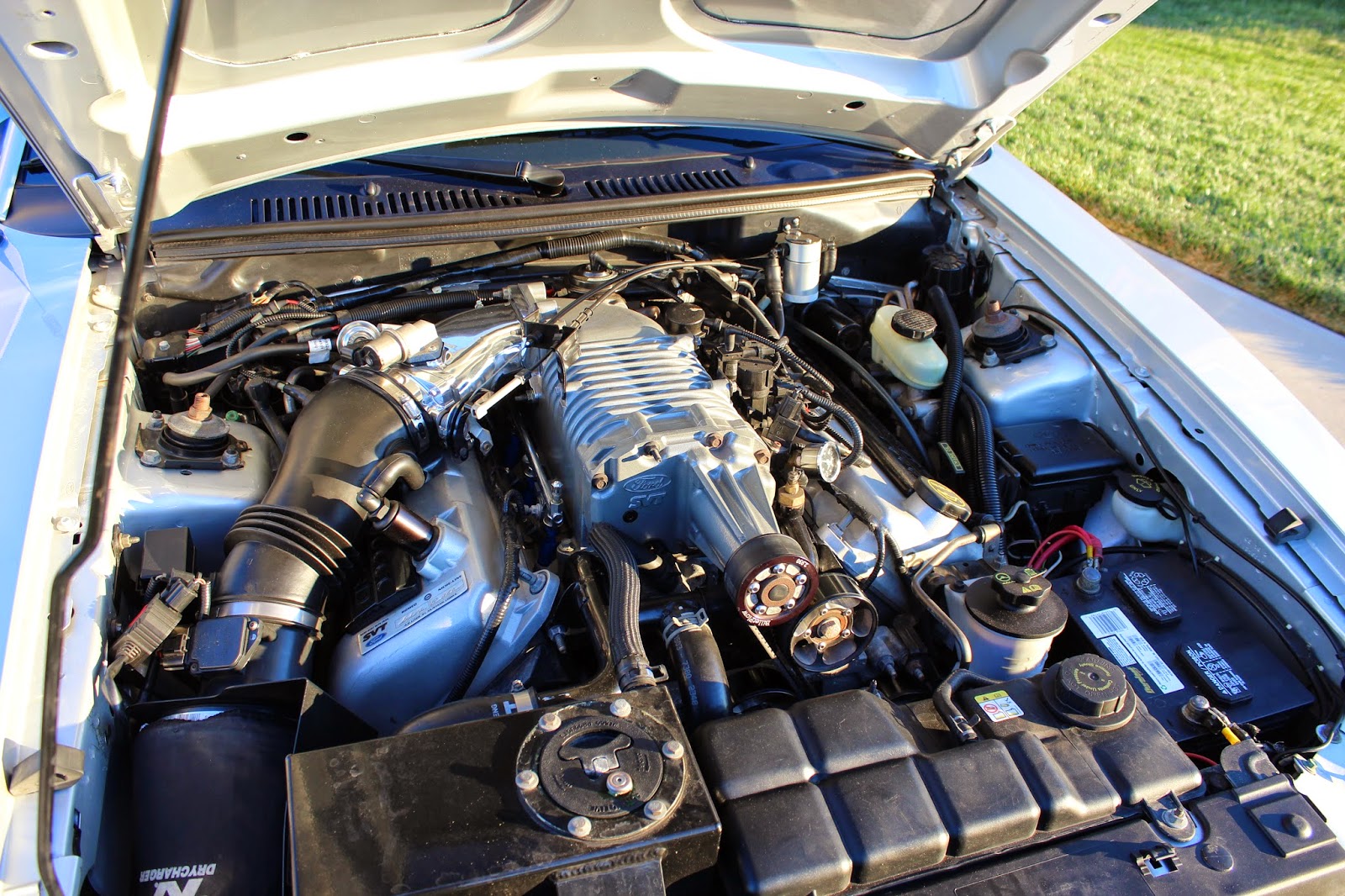 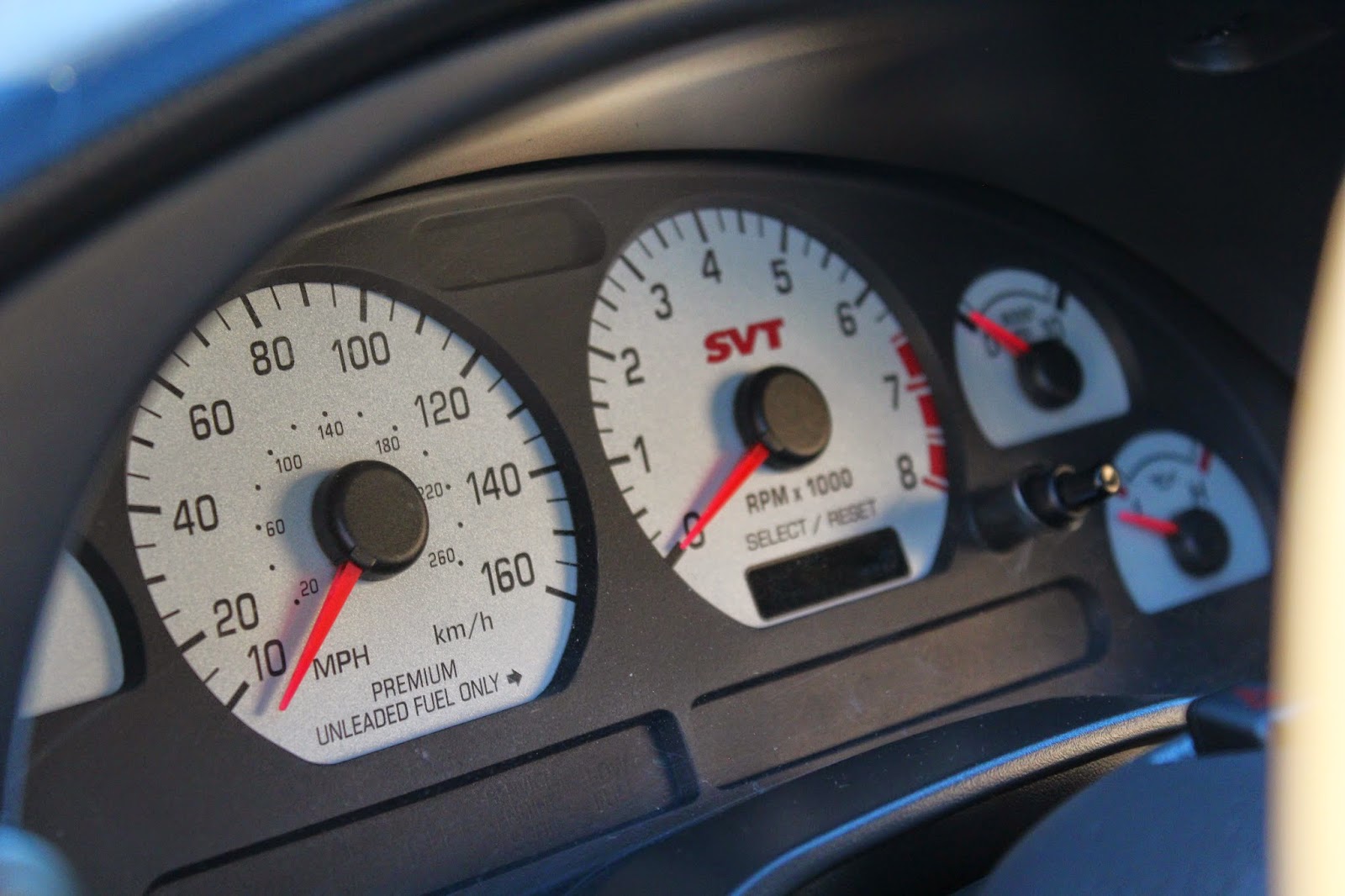 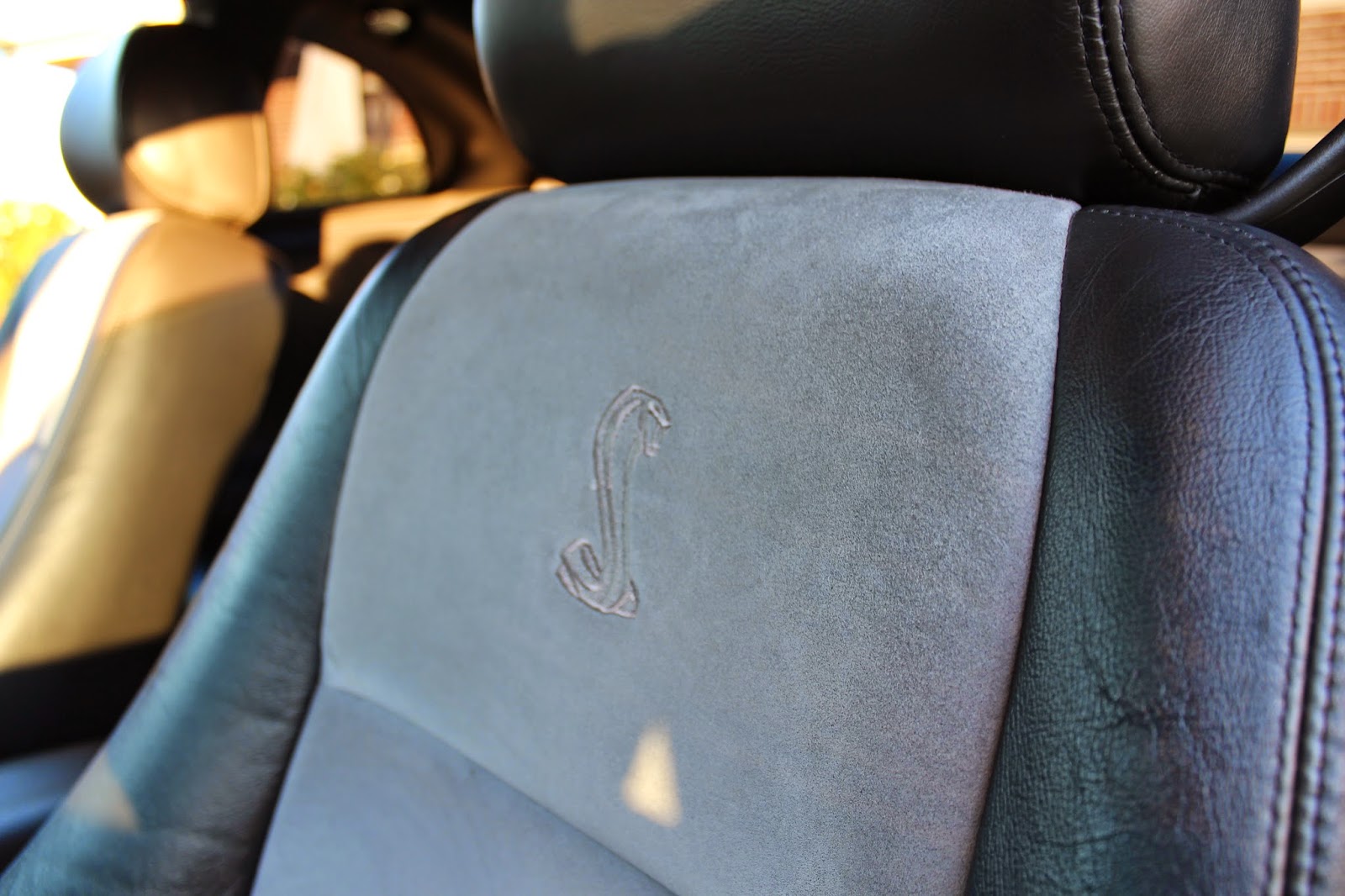 I had a chance to ride in this one only a few hours after purchase. A neighbor just picked it up and brought it over. It handled a long drive and had no issues. This one is modded, and modded well. This is not your typical stock car. The supercharger whine is extremely loud, which I love, but the car is not deafening and still has that typical Mustang burble. What surprised me the most was the typical Mustang body roll around corners was not present. A little suspension work does wonders for this car. It is flat around the corners but not brutally hard. The seats also play into this as they are as comfortable as laying in a pile of cotton balls. This car really is comfy compared to previous mustangs I have been in. I love the suede inserts and this car's interior is in excellent shape. The best part though is the motor. Yes, this one isn't stock, but who likes stock? I don't unless it's a 35 million dollar historic Ferrari. It pulls so hard and squats so well. Normally cars like this can be a handful, and I am sure it is as we only had about 1/2 throttle at most. At 1/2 throttle, this car was squatting and roasting. I am sure 100% throttle is like smoking crack and heroin while jumping higher than Felix's Space Jump. It is just good, old, American FUN! 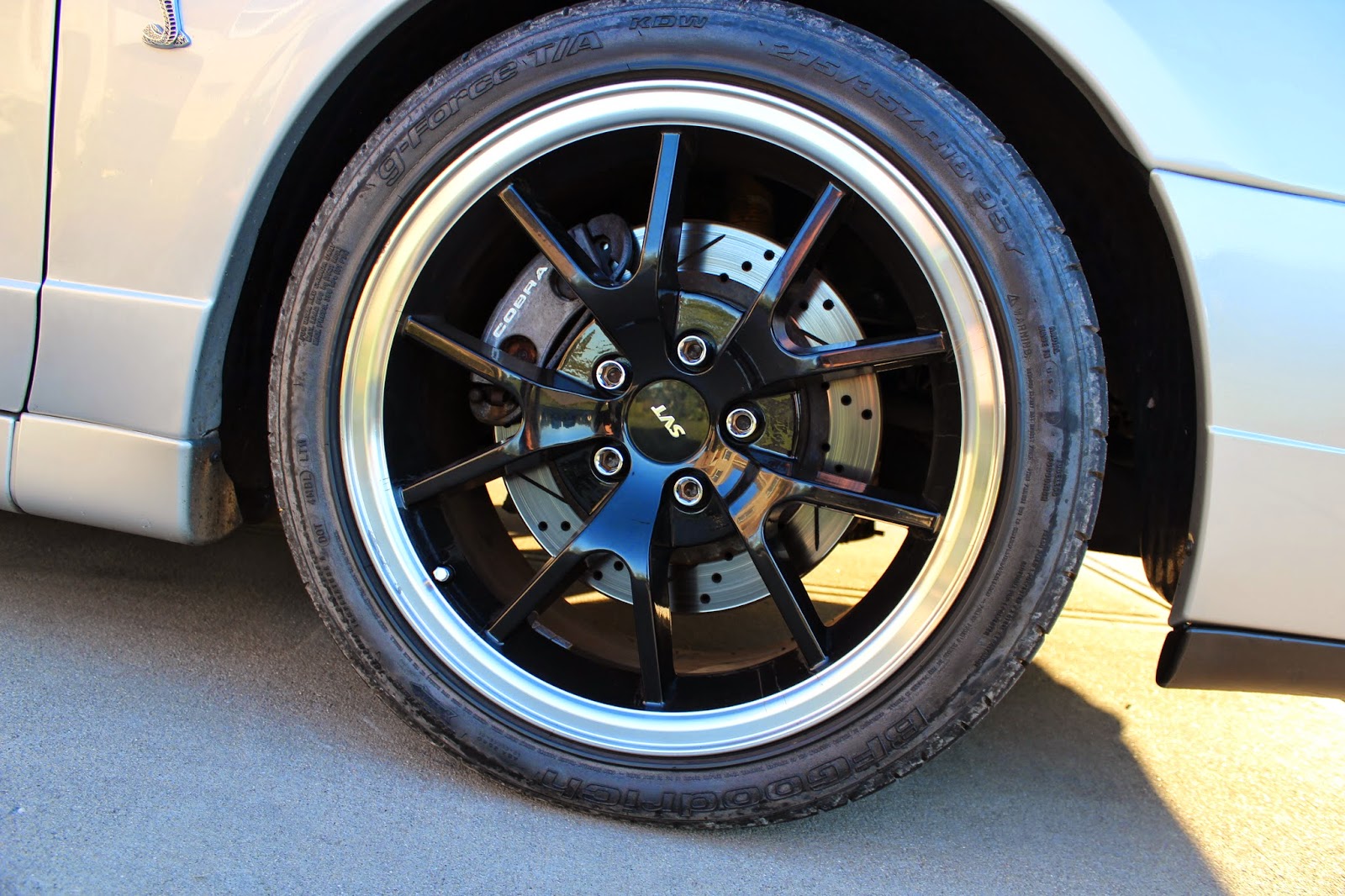 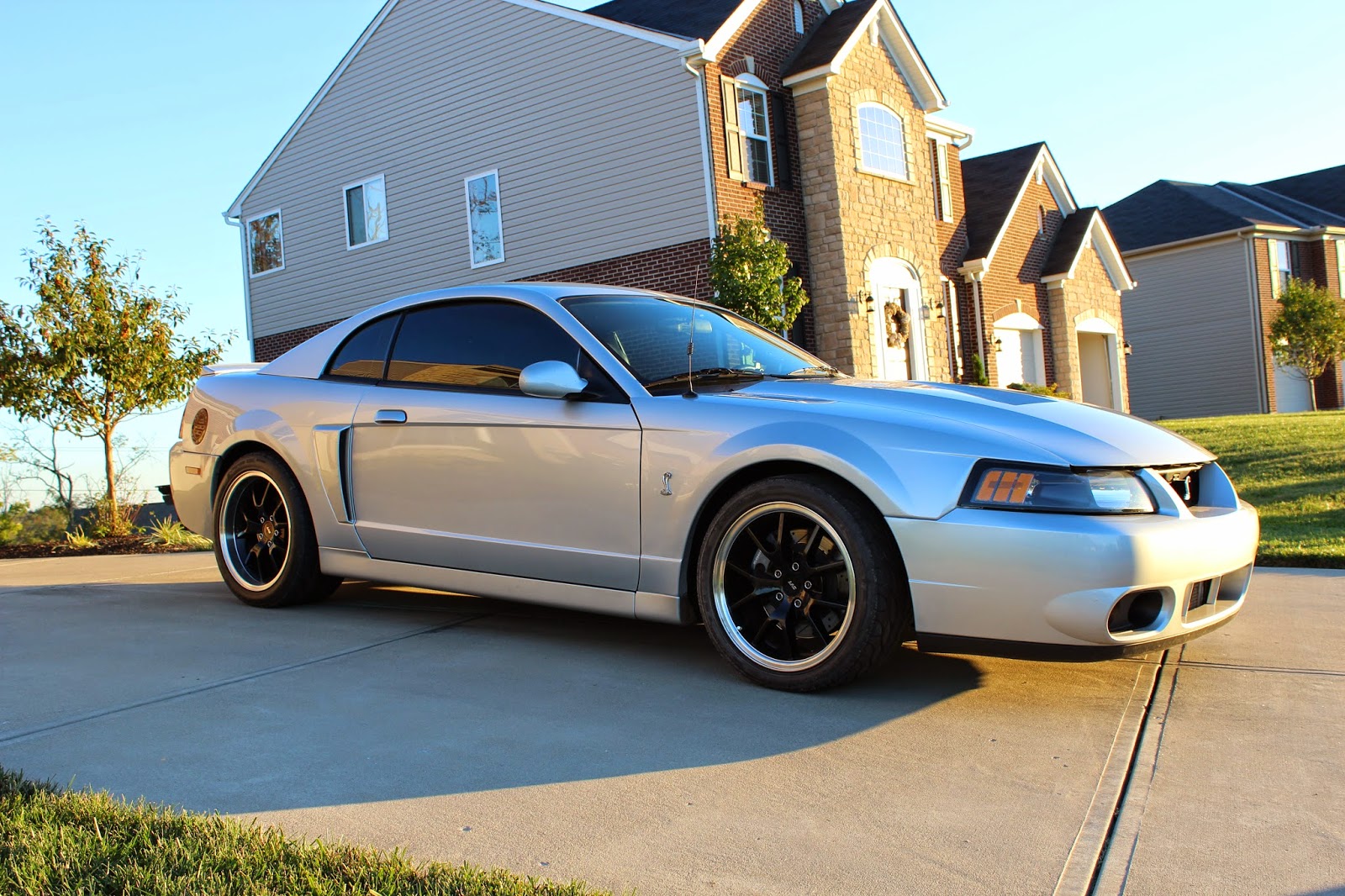 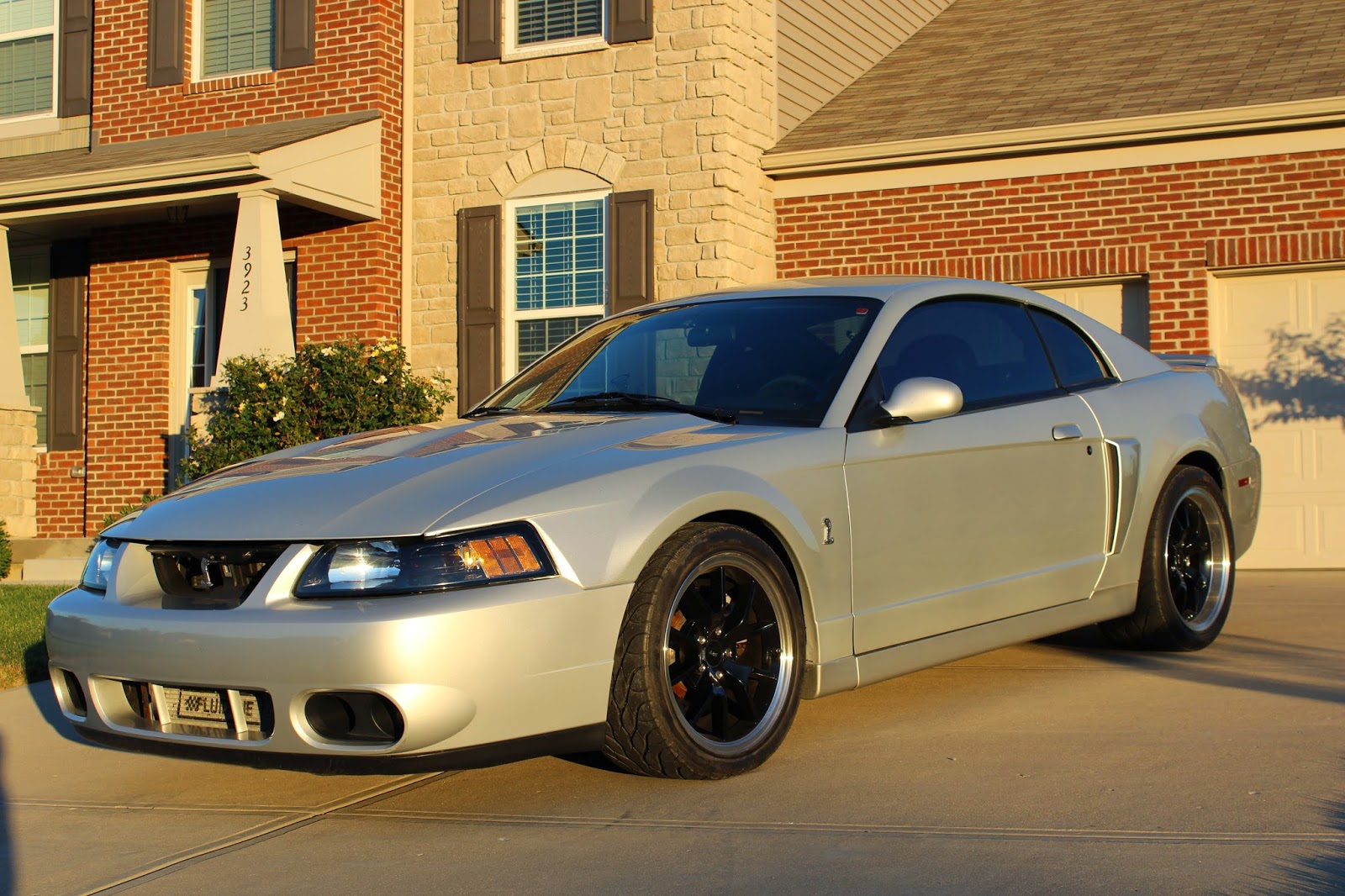 I want to thank the owner for bringing by, especially after driving so long to get home. It was a fun ride, it is a very clean ride, and I love supercharger whine. I need more of that in my life. It is very addicting. If I had this car, 5 mpg would be hard to get as I would be in boost constantly. If he is reading this, I think he should let me drive it very soon, or borrow it for a day. Seems fair, right? I mean I did snap pictures and write this fantastic story. I deserve a few 0-160 blasts.